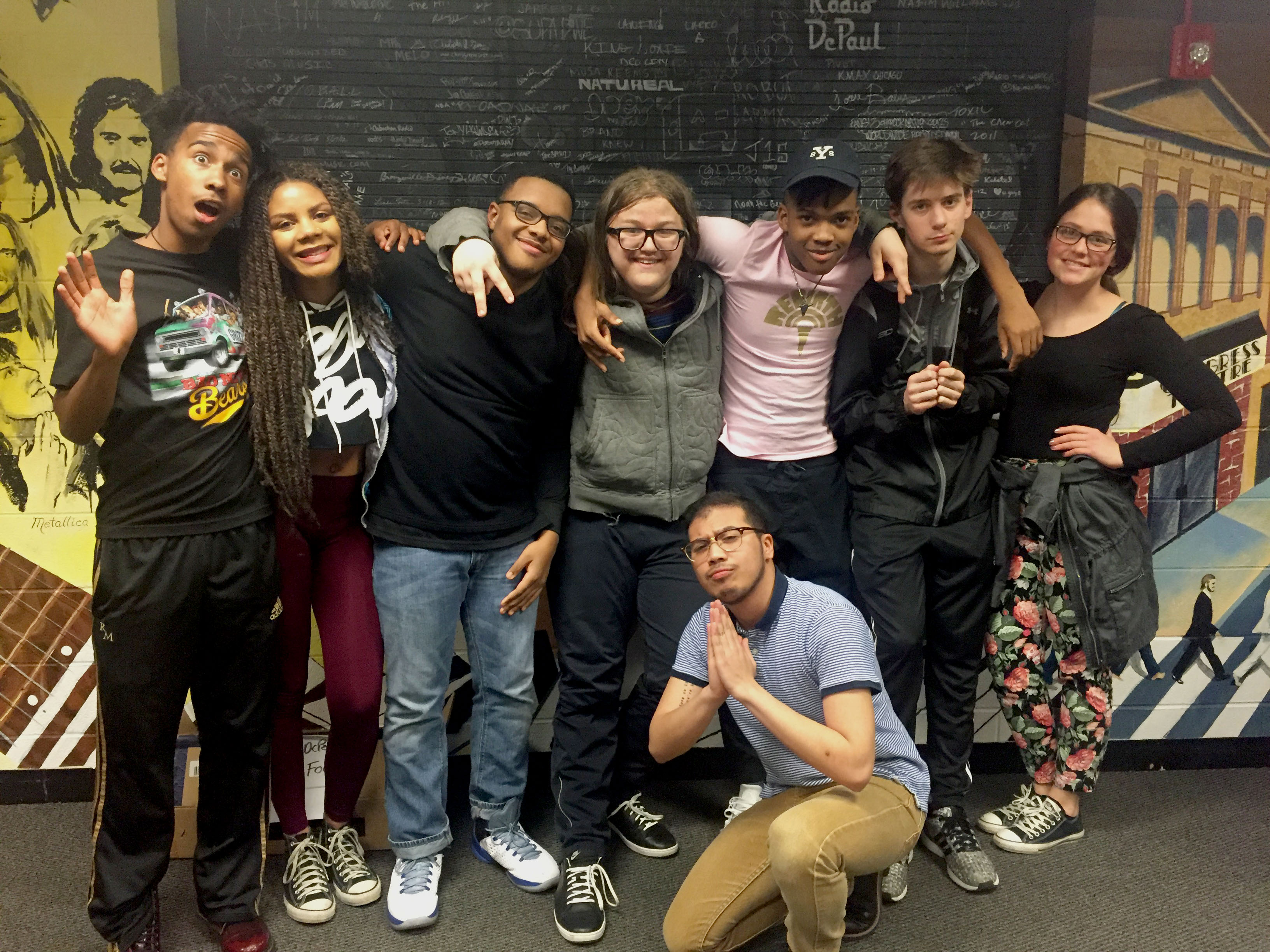 Does Rahm Emanuel still get it after suppressing the tape?

Fred Hampton and Laquan McDonald, 41 years apart and 47 minutes away

These are the two lines from High School Junior Onam Lansana’s “When Spike Lee Didn’t Do the Right Thing” that he says make the poem. This poem, like most of his poems, reflects upon the current issues polarizing Chicago from gentrification to police brutality. And, despite his youth, his pieces resonate.

Lansana performed his slam poetry piece about Islamophobia at the semifinals of the citywide high school slam-poetry competition Louder than a Bomb (LTAB) run by Young Chicago Authors. Slam poetry is a competition that involves performing and reciting poetry.

Lansana’s passion poured into the microphone, his t-shirt proudly emblazoned with his team’s name. Lansana accompanied his recitation with choreography that included movements like running in place. The audience erupted into applause. Lansana just scored a perfect 10 for his team, Rebirth Poetry Ensemble.

LTAB, founded in 2001 by Kevin Coval and Anna West, was intended to be a safe space for teenagers and young adults to voice their opinion and experiences. Over the past 15 years, the organization expanded into a month-long poetry festival featuring 120 Chicagoland high schools, according to the Young Chicago Authors website.

Just as he was about to announce the winner of the semifinal, the emcee paused. All the contestants stood on stage at the Metro Chicago, hugging with hearts pounding. The winner from this bout, where four teams competed, would get to go on to the finals on March 19.

And then, the emcee announced the news the team had been waiting for.

After performing several individual poems and one group poem Sunday afternoon, March 13, Rebirth Poetry Ensemble came in first place. By the evening of March 19, they were declared the winners of the entire LTAB competition.

But, perhaps the win had come before this. It came before the celebratory ice cream at Wrigleyville Dogs across the street from the Metro, before the group poem performance about police brutality, and it came before teammate Lansana’s perfect 10.

Their victory came before all the other poets on the team performed their individual works followed by their teammates cheering them on with their slogan “Honey, where is my super suit?” A slogan that started from an inside joke about “The Incredibles.” One of the teammates stormed into their practice room and just arbitrarily shouted it. And for whatever reason, they kept saying it to each other, eventually letting it become the team’s tagline.

No, perhaps the win came weeks or even months before in their rehearsals leading up to the much anticipated March 13 performance. The team typically rehearses a couple of times a week, but right before the semifinals, they were rehearsing four or five times a week for two hours a night. They put all of their energy into making their poetry performances the best that they could be.

“This is fun. This is what I love doing, but it’s stressful,” said teammate Sydni Goodrum-Davis, a high school sophomore. “It’s stressful, but then in the end, you feel like it is worth it. [Plus] if it is super easy, it is not going to be as fun.”

Goodrum-Davis has proven she is not afraid of a challenge. Just a few days before the competition on Sunday, she came down with strep throat. And being ill, she was more terrified she would not be able to perform. But, with a few doses of antibiotics, she mustered the energy for the semifinals.

Teammate Nate Russell had never written poetry before this year. Onam Lansana, his best friend since Russell’s freshman year, introduced him to it. He had watched Rebirth perform in poetry slams for a while and by junior year he was ready to try it out. Russell had always liked doing artistic and creative hobbies, like writing or making music, so he was excited to explore this new outlet.

“I love this team. I love everyone on this team,” Russell said. “That always helps. It is great to come here to put out artistic vision, put out things that you are thinking about, things that you want to write about. But, when you have a space with people that you trust with some very heavy topics, some very heavy information that you are putting out there and you have people that you really just enjoy being around, that just helps the creative juices flow even more.”

For poets like Goodrum-Davis and Russell, the main motivation for doing this comes from their desire to have a creative outlet in a safe space. But that does not mean that the competitions and the chance to win are not fun and exciting too.

“It’s a weird balance between intrinsic and extrinsic motivation,” said teammate Maya Dru. “Winning is definitely fun, but Emily, our coach, [says] we are here to tell our stories and we are gonna tell them as honestly and as truly as we can.”

Dru got involved with Rebirth when the star of the movie “Louder than a Bomb” came to speak at her high school. The film is a 2010 documentary about the poetry competition. The event turned into a workshop where the students got to work on their poems. And Dru just so happened to sit next to Lansana.

Lansana read over Dru’s shoulder, instantly impressed by her poetry. Dru, while flattered, did not believe him right away. But, Lansana got her to send him her poems and a couple weeks later the coaches of Rebirth invited Dru to one of their workshops. And, like everyone else on the Rebirth team, Dru had found a new family.

But Rebirth is not the only group of teens who are inspired by LTAB.

“I started writing poetry last year while recovering from my concussion, sitting in my dark bedroom. I had nothing else to do but think. So I decided to write [the thoughts] down,” said high school senior Claire Derosa.

After this, Derosa and her friend Sarah McKee started their own slam poetry club at their high school, Maine South in Park Ridge, Illinois, and decided to compete in Louder than a Bomb. During the same time, both had become interns at Young Chicago Authors and became more familiar with the competition, deciding to pitch competing to their club.

For Derosa, she loves not only writing her own poetry, but also seeing other people in the competitions perform. “I’ve cried and felt chills countless times at the powerful message in a poem,” Derosa said. “I like making new friends in the city and seeing people with amazing fashion senses. I like the uplifting and positive environment LTAB creates. But more than anything, I love the resilience in these young men and women. The amount of things they go through at such a young age is shocking, yet they still have the ability to turn these negative experiences into strength. And for that I am truly inspired.”

McKee also appreciates Louder than a Bomb for more than just the prospect of winning. “The stories people have to share never cease to amaze me, and admittedly, I like being in an area where people genuinely care about what you have to say,” McKee said. “LTAB is under the guise of a competition to attract spectators, but it’s not just about who has the best verses. It’s about all of our stories and how we are simultaneously unified and different through our experiences.”

The poetry competition concluded at the March 19 finals, but this is not the end for McKee, DeRosa or the Rebirth team. Even at the mundane Wrigleyville Dogs, celebrating their semifinal victory, the team was bursting with creativity.

Hear more from the Rebirth team on the Radio DePaul podcast: