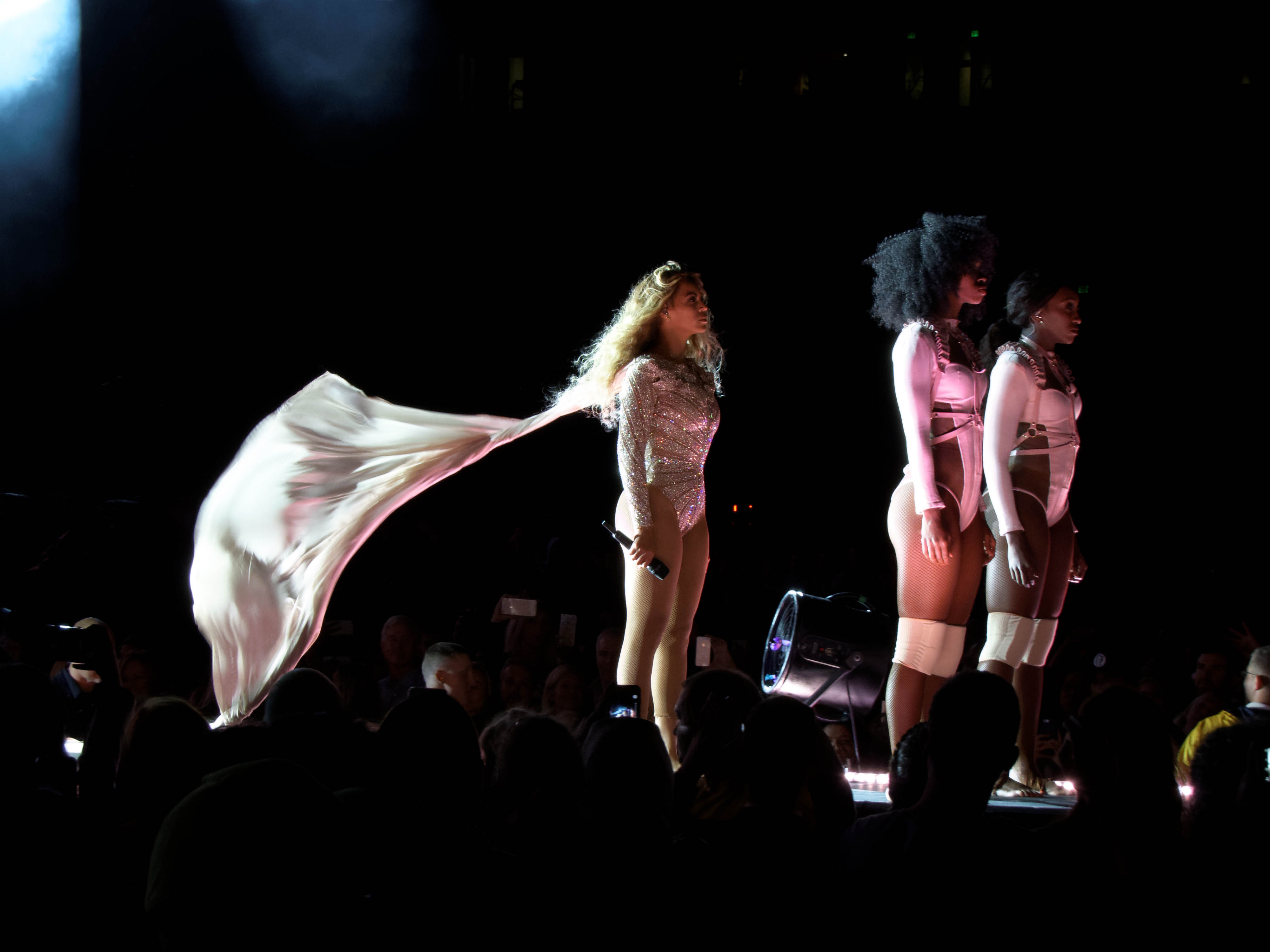 Beyoncé’s world tour is for everyone

Soldier Field transformed into the Bey-Hive stadium last weekend, bringing together citizens in a notoriously segregated city to enjoy her most controversial album to date and then some.

On Monday, Americans enjoyed their day off by wiping the honey-glazed BBQ from their mouths and stuffing their face with deviled eggs and coleslaw to kick off the summer.

While Chicagoans were catching up from the festivities Memorial Day brought to the city, about 60,000 special Bey-Hive members were re-watching their saved Snapchat stories from the sold-out, two-day Formation World Tour that came to Soldier Field.

Beyoncé brought together a crowd filled with kids screaming to the top of their lungs her radio hits like “Love on Top,” “Countdown” and “Flawless.” And while they were resting their lungs the teeny boppers, college kids and fully grown adults danced to old Destiny Child hits and songs from her five other solo albums.

While there have been accusations that Beyoncé’s newest album, “Lemonade,” is “only for African-American women,” she managed to assemble a crowd in one of the most segregated cities in America to resemble a rainbow of different cultures, race, and religions coming together as a collective.

As the tickets read “RAIN OR SHINE” the most Grammy-nominated-woman in the industry performed Friday’s show in sporadic showers to a crowd covered in clear ponchos and umbrellas.

“Midway it started raining, but she kept going… by that time nobody cared because we were already wet. I didn’t notice anyone leaving,” said Michael Lynch, a DePaul student and devoted fan.

I attended the show Saturday. With a dry forecast and 80-degree weather, gossip around the Bey-Hive stadium was this was going to be her better performance. As I sat down and immediately took my heels off a Caucasian woman about my age to my left was doing the same. “I am so excited, I’m literally about to have a heart attack,” she said to her friends, who were just excited as her.

With people filling in their seats with colorful daiquiris, popcorn, and nachos, we were getting antsy awaiting the performance that had us all voiceless by the end. The show opened with her newest single, “Formation.”

The crowd lit up with cell-phone lights and screams that sounded like screeching chalk on a chalkboard all in excitement for the show Beyoncé was about to give us. The energy in the stadium was much like a football game except there were no opposing sides. I was extremely excited because Beyoncé is from my hometown, Houston.

Directly in front of me were two women with hijabs that were decorated specially for the concert and to my right were two Latina women from the Pilsen area in Chicago. Throughout the concert my friends and I danced, laughed, and Snapchatted with them, along with the Caucasian women to my left. During each song we would scream together, bringing back memories of all our different childhoods that somehow brought us together on this day.

Matching the crowd’s energy, Beyoncé was having fun on stage performing with a white cube behind her that turned, split open and projected her face for everyone in the audience to see.

“This is not the same Beyoncé we’ve seen in the past. She took things to the next level, even with having different genres,” said Mervelline Aflata, a DePaul student who attended the concert Saturday night. “I think Beyoncé is mature and we can see that in her music.”

“Lemonade” has been under criticism since it premiered visually on HBO because of her choice to address controversial issues in her music. In “Formation” she says, “I like my baby hair with baby hairs and afros.” The album has a snippet of Malcolm X’s famous saying, “The most disrespected person in America is the black woman,” premiering in her video for “Hurt Yourself.” The album acknowledges multiple controversial topics in sex, race, religion and infidelity in her own relationship. It has been picked apart and ultimately deemed an “album for black women.”

Previously touring with her husband, a more independent Beyoncé graced the stage singing songs that made me remember my entire childhood in a matter of two hours. “More than anything B is more unapologetic in this album… I think Beyoncé is mature and we can see that in her music,” said Aflata.

As Beyoncé geared up to end the show, she sang two of her acclaimed ballads, starting with “Me, Myself, and I” and then, into a stadium of shooting fireworks, “Halo.”