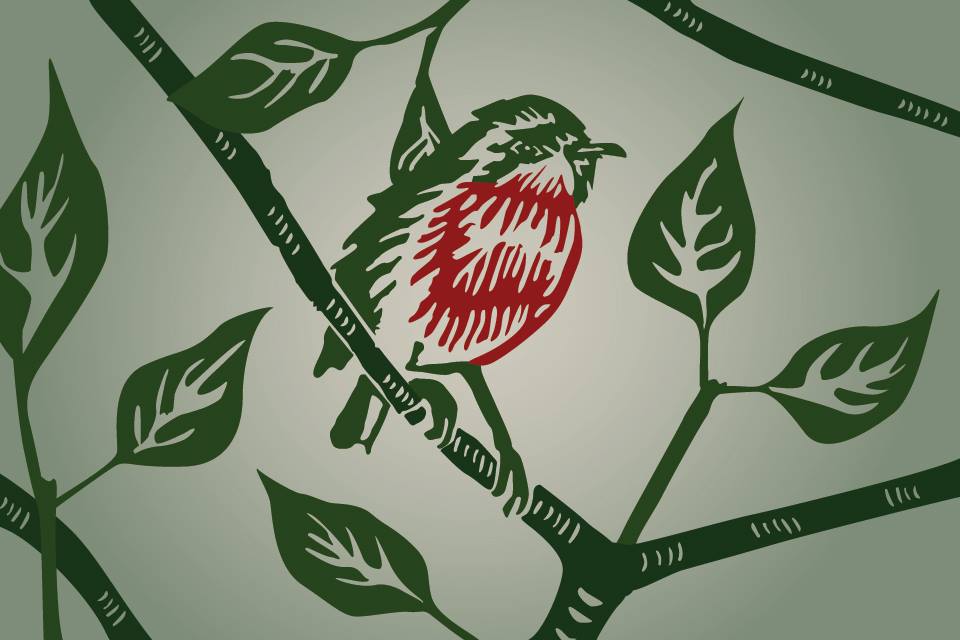 “He should really be on suicide watch.” — Gary Walsh
“Yeah. Make sure he goes through with it.” — Dan Egan
From “Veep” on HBO

When someone you love dies, you can often find yourself being reminded of them at every turn. Whenever I see a red-breasted robin, I think of my dad who died last April. Luckily, robins are a pleasant reminder of my father. When I see them I think of the times we spent watching the birds in the feeder on our deck as we assigned them secret lives. However, not every reminder receives a warm welcome. The most obtrusive reminder of the loss of my father comes in the form of offhanded comments that relate to the manner of his death. It’s little jokes about suicide that send me back into my grief.

Despite being the 10th-leading cause of death in the United States, suicide is still highly stigmatized. According to the Centers for Disease Control and Prevention, approximately 105 Americans die by suicide every day, but the loss of life isn’t being discussed. Instead, people talk about killing themselves whenever they face an inconvenience.

To many, jokes or comments about suicide are a nonissue. They think they would never actually harm themselves, so they must not be hurting anyone else either. But on the contrary, these comments can cause pain to those mourning the loss of someone to a cause that is widely misunderstood.

In the months following my father’s death, comments about suicide would send me into a panic where I relived the moments after his death. One of the simplest triggers came through a text. A friend sent a frowning emoji with a gun emoji pointed at it when she noticed she had a scheduling conflict in her day. Despite a quick apology on her part, this was enough to make me stop and collect my thoughts before I could continue walking to class.

Moments like these are all too common and they are completely unnecessary. People generally don’t mean they will take their own life when they say things like “I’d kill myself if that happened,” so why say it at all?

Most times people aren’t thinking when they make these comments. Sometimes they use a common phrase that they don’t realize the original meaning stems from suicide, such as “I need to talk myself off the ledge.” To many, this just means they need to calm down, but to me and other survivors of suicide, this takes a much more literal meaning.

All of these comments stem from the stigma and ignorance around suicide. So many people do not see it as a serious problem in the United States, so they become flippant or try to pretend it isn’t an issue. According to the American Foundation for Suicide Prevention, more than 45,000 Americans die by suicide each year. The number of attempts is 25 times that.

“I do think that humor can be a defense and people who laugh about it do not understand it,” Mead said.

Education about suicide is important to prevent deaths, but it can also be important to those who have survived the loss of a loved one to suicide. I am still sensitive to comments about deaths by suicide, but I do understand that they are coming from a lack of knowledge rather than malice. That is why it is important to me to speak up when someone makes an insensitive comment about suicide.

Everyone has the right to make these jokes as given by the First Amendment’s right to free speech, and my goal is not to forcibly silence anyone. This is, instead, a plea for compassion. Being reminded that the suicide of someone you love is treated as a joke to most of society is painful, and a second thought before making an insensitive comment can remove that extra pain.

I have been lucky in my endeavors of talking about suicide. I’ve not often been met with pushback from people who insist I’m being too sensitive. I’m thankful for that, but education on the insensitivity of suicide jokes shouldn’t be the burden of the grieving. I’m taking on this burden because I don’t want others in my position to feel the pain of a stranger treating the death of their loved one as a joke.