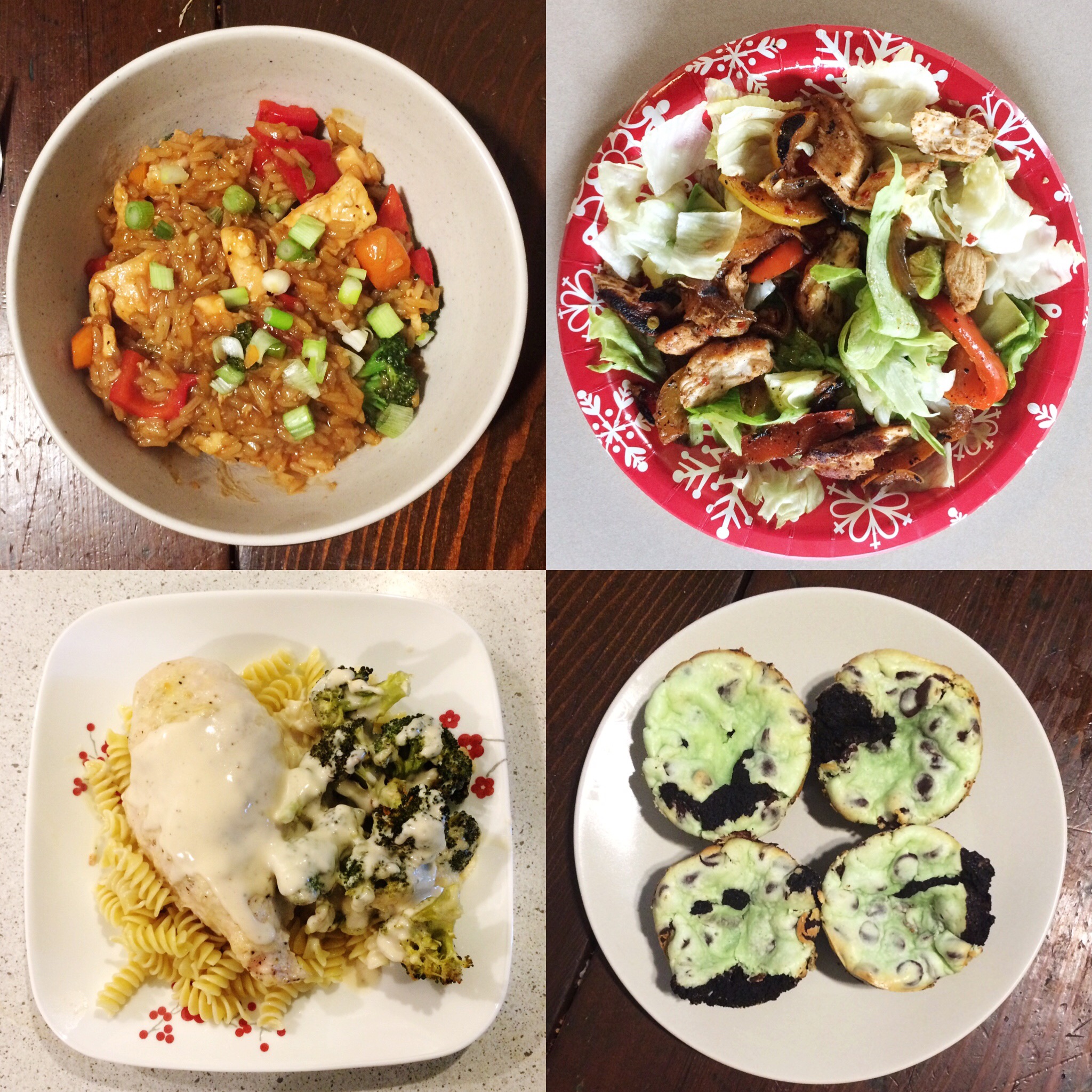 It’s 11:36 p.m. I’m about to go to sleep, but feel the urgent need to snatch my phone and give Facebook one last scroll before switching off the nightstand lamp. Two swipes down and Crepes Four Ways pops up onto the feed, the video immediately mixing flour, eggs, butter and sugar. It’s 10 seconds into the video and I’m already hypnotized as I watch the chef mix milk into the batter, pour it onto the pan, perfectly flip the crepe and show me four mouthwatering ways to make a crepe. After one minute and 37 seconds, I keep scrolling to be hypnotized yet again by Chicken Alfredo Rollups…another minute given to the world of Tasty.

Anyone else empathize? You can thank Buzzfeed for that. Back in July 2015, Buzzfeed launched the first set of Tasty videos, and their simple “snack sized” food tutorials have been going viral ever since. Although Tasty’s presence is found on numerous social platforms including Snapchat, Instagram, Vine and Pinterest, Facebook ranks at the top for most successful viewership with more than 58 million likes. These short, sped-up food videos, taped at a bird’s-eye view, are posted, shared, liked and tagged by multiple Facebook viewers and dominating newsfeeds around the world.

One would think that these videos would inspire viewers to get in the kitchen and make these delicious creations, yet after interviewing 20 students at random on DePaul University’s campus I found that to not be the case.

Despite the positive reactions, 19 out of the 20 students admitted that the dozens of minutes spent watching Tasty videos on their newsfeeds never actually resulted in giving the recipes a try. The videos are simply fun and easy to watch, aesthetically pleasing to the viewer, and have them coming back for more.

“I love to cook, but I haven’t been able to try any of them,” said sophomore Julianne Peterson. “I don’t really go out and buy specific recipe ingredients, I just go to the store and buy what I know I need.”

“I mean, if I had time I would cook, but I also don’t have the money to go out and buy stuff for a recipe right now,” said freshman Alexandra Gorodiski.

“I don’t have the resources to make food or money to make food,” said Mason Bendetti, a freshman who spent the year living in Seton Hall in DePaul’s Lincoln Park campus. “I live in a dorm and I have a communal kitchen so it’s kind of too much work to get all the ingredients. But I guess I could if I really wanted to.”

Lacy Yonkers nods her head in agreement. “I find it really hard to be able to buy that much food just for myself and then use it in time.”

College students admit to not having the resources or even the budget to execute the recipes. And yet, actually making these recipes is not Buzzfeed’s overall vision for Tasty, or with any of their videos for that matter. In the Entrepreneur article “How Buzzfeed Discovered the Secret to Success on Social Media,” the origins of Buzzfeed were never to create actionable content, but to relate to how the viewers felt or resonated with it. Through other projects before founding the media empire, CEO of Buzzfeed Jonah Peretti found that people’s emotional connection to a piece tends to be more important than the quality of the content. Even though some would hate to admit it, Peretti was actually right.

“I think everyone just, like, really enjoys food. I know that sounds really cheesy,” said Gorodiski.

“Adults are on Facebook so my grandma likes to watch those videos too,” said junior Haley O’Connor. “Everyone relates to them.”

Tasty was never about creating recipes; it was about relating to an audience to something that we can all connect on no matter what race, sexual orientation, or religion. In an interview with New York Magazine, executive producer of Buzzfeed Motion Pictures Andrew Gauthier defends this idea. He states that we use social platforms in order to connect with our friends and family by documenting experiences and relating to each other, and food can do that for anyone. Everyone has an experience around the table, and Tasty helps to bring in the nostalgia.

So if no one is actually making these recipes, does that mean no one is going to Buzzfeed’s Tasty channel? It seems so, and after going to Buzzfeed’s homepage the Tasty channel is nowhere to be found. The Food channel brings you to something completely separate from Tasty. Yet the mission of Buzzfeed was to never get visitors to their site, but to simply interact with their content. Even if that means never leaving Facebook to do so.

Tasty was actually born right after Facebook changed the business model for video in 2015. Instead of clicking on a video to watch it, the video will simply start playing in a newsfeed once the user scrolls to it – which explains why Tasty’s sped-up, hypnotizing cooking videos have gone viral like the rest of Buzzfeed’s content. Erin Griffith, a writer for Fortune, wrote in an article last year that Buzzfeed’s views on Facebook grew to over 500 million in April 2015, right before Tasty was even a thing. With such a high viewership that has a powerful resonation with all of Buzzfeed’s content, it makes sense that people went nuts when Tasty finally launched.

Although I attempted a few Tasty recipes such as the Alfredo Chicken Bake, the One Pot Chicken Teriyaki and Rice, and the famously viewed Chicken Fajita Salad, I have come to the conclusion that social media platforms that encourage creating such as Tasty or Nifty (the DIY sister channel of Tasty) are never actually there to execute. No, the aesthetically hypnotizing content is meant to leave viewers scrolling for more while reaching for a tub of ice cream instead.

Curious about the virality of these videos, I decided to make a simple one myself. This snack video consists of a simple recipe, in hopes that it would be easy and cheap enough for college students. The execution of this, well, I guess that’s up to you.