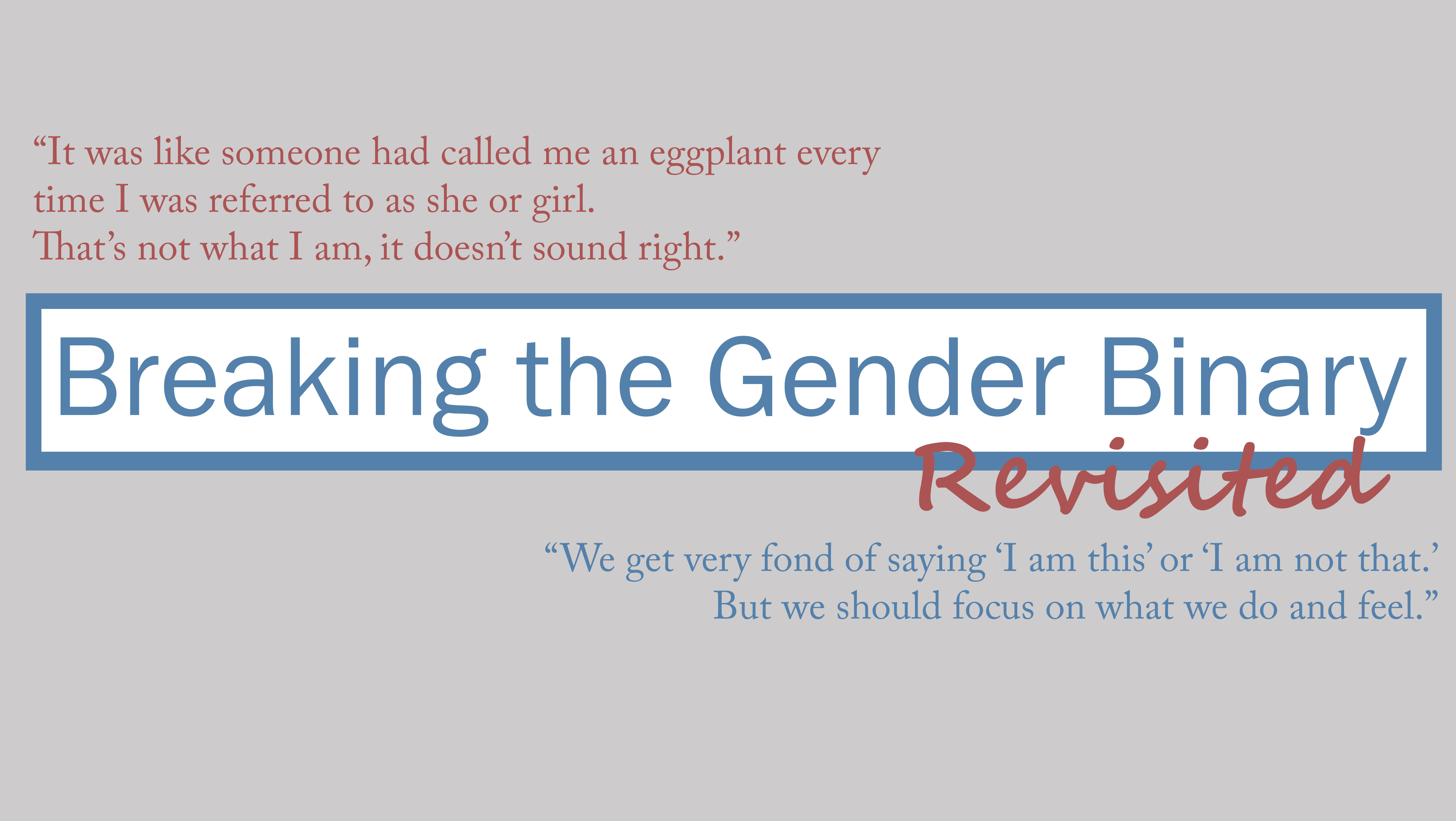 Aiden Kent uses they, them and their pronouns and identifies as gender fluid. Unlike Charlie Walker, Kent never feels fully male or fully female. Instead, they wake up as either both genders or neither gender. Kent sees people’s unwillingness to learn a person’s pronouns and accept their identity as offensive and disrespectful.

Amanda Kabak started questioning gender when they came out as lesbian 26 year ago to her mother. Kabak doesn’t like labels though. She feels that as someone “non-normative,” she should accept that other people are not going to fully understand what she is in terms of gender. Kabak checked the “genderqueer” box on the form, but said she used that term to express that she does not conform to male or female genders entirely. It is more a placeholder than an identifier.

Below is a graphic with a more thorough description of these people from their responses on the form. 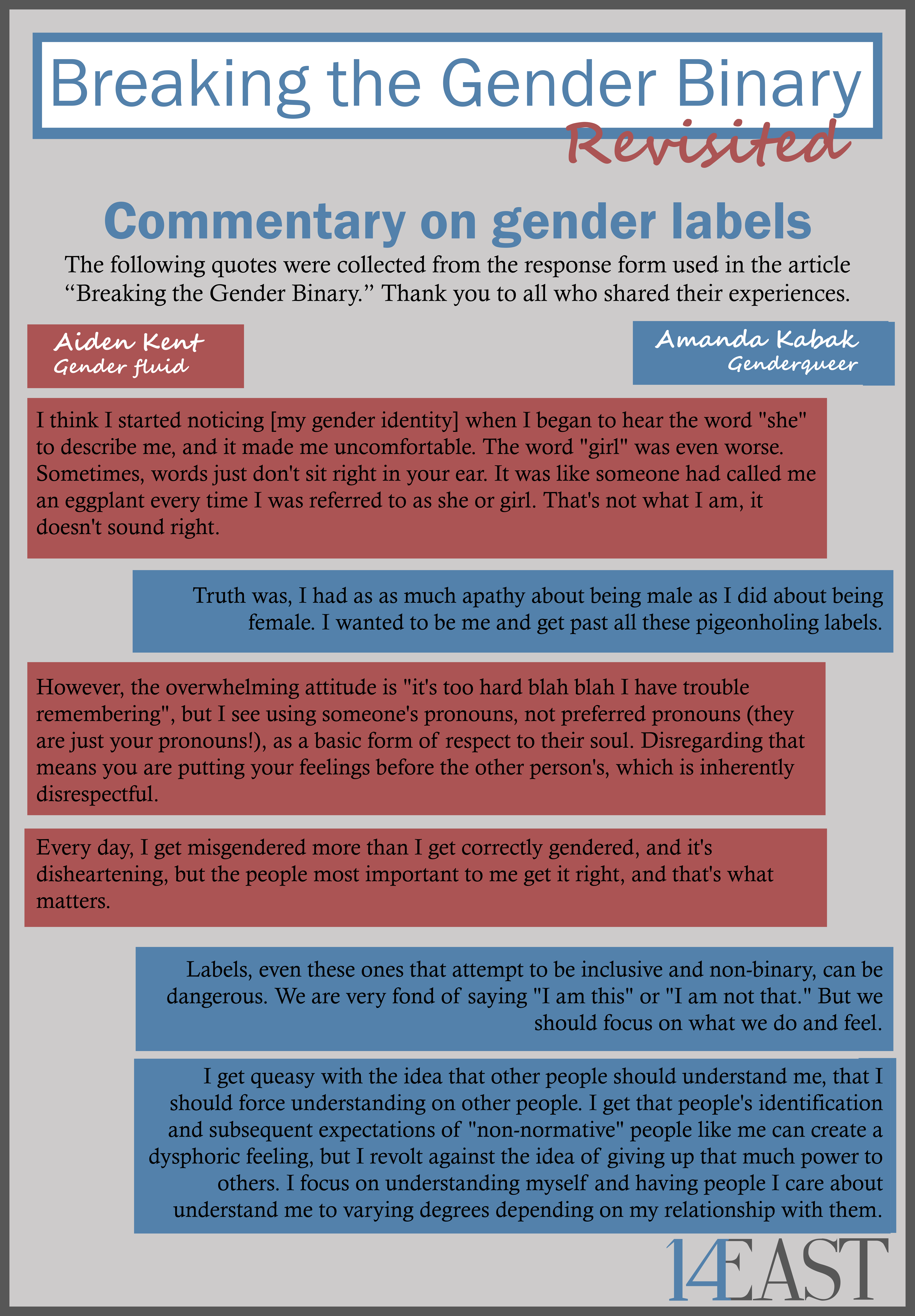