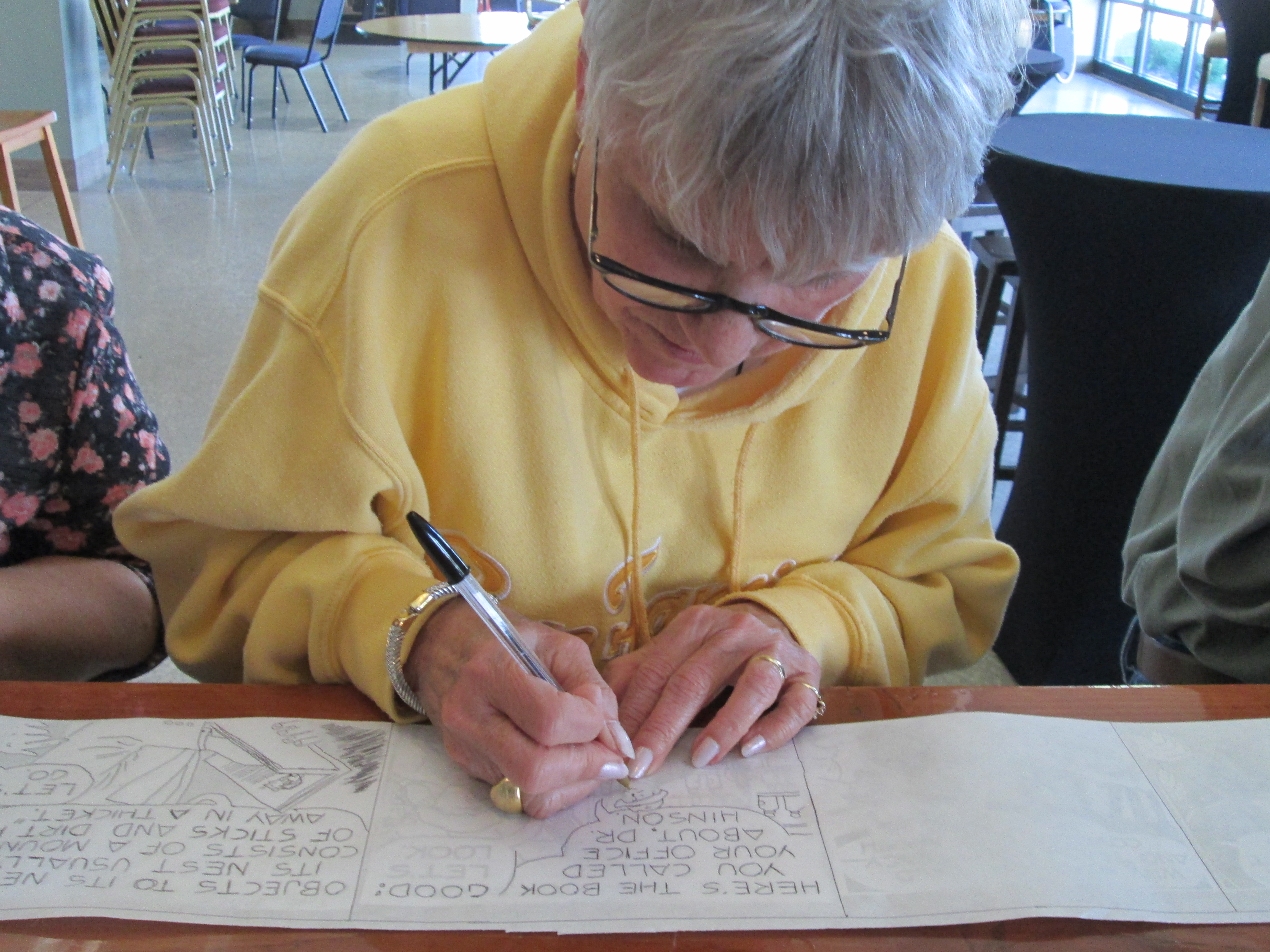 Group draws on history to preserve the past

Some tracing paper and black ink pens are the tools being used to save a building that has been standing for more than a century and a half.

The old McHenry County Courthouse in northwest suburban Woodstock has fallen into disrepair.  Chipping paint, holes in the roof, and hanging lights now fill the building that until 1972, housed the county’s government.

But a new group, Friends of the Courthouse, is working to not only restore the building, but to make sure the public cares about the site as well.

“We really can’t just let it collapse, it’s an anchor of the square,” said Susan Stelford, founder of Friends of the Courthouse. 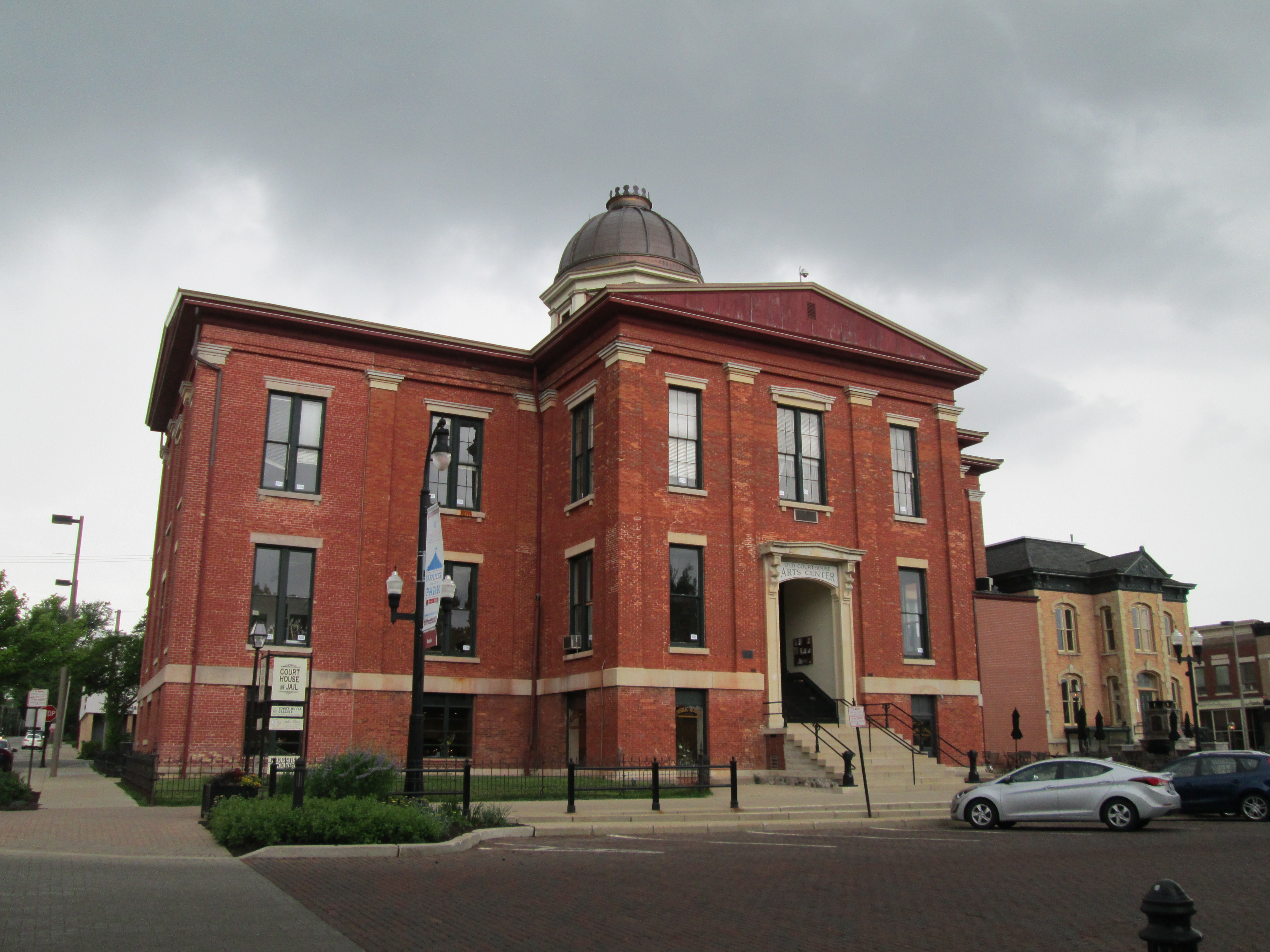 Since the 1970s, the building has been utilized for various purposes, including as an art gallery.  For Stelford, an art history professor at Columbia College and the College of Lake County, art and architecture are dear to her heart.

“Can you imagine our square with, God forbid anyone get hurt, but a ruined building?  What does that say about your city, like we don’t care,” Stelford said.

The building’s architectural style was actually inspired by the Cook County Courthouse in Chicago.  That courthouse was lost in the Great Fire, leaving the McHenry County Courthouse as a window of sorts to what once stood.

The courthouse sits adjacent to the old county jail.  In a small town, this led to some interesting work arrangements as Woodstock city planner Nancy Baker explains.

“The county sheriff and his family actually lived in the house just a few feet from the jail. The sheriff’s wife prepared meals not just for her own family but also for the prisoners and for visiting law enforcement officials.  During prohibition, the sheriff actually used inmates, bootleggers, to babysit his children,” Baker said.

The building is listed on the National Register of Historic Places.

“The National Register landmark designation means that US Department of the Interior recognizes that the property is historically significant.  It provides recognition for the building and its history.  It also means that if a federally funded project is proposed in the vicinity of the property, the impact of the project on the Old Courthouse must be considered as part of the project approval process,” Baker said.

To preserve this unique structure, the city of Woodstock has invested over a million dollars in structural work, including a new dome for the building, but estimates indicate that as much as $5 to $7 million in repairs remain.

So, how are Friends of the Courthouse going about their mission?  By drawing on local history to preserve the historic building. 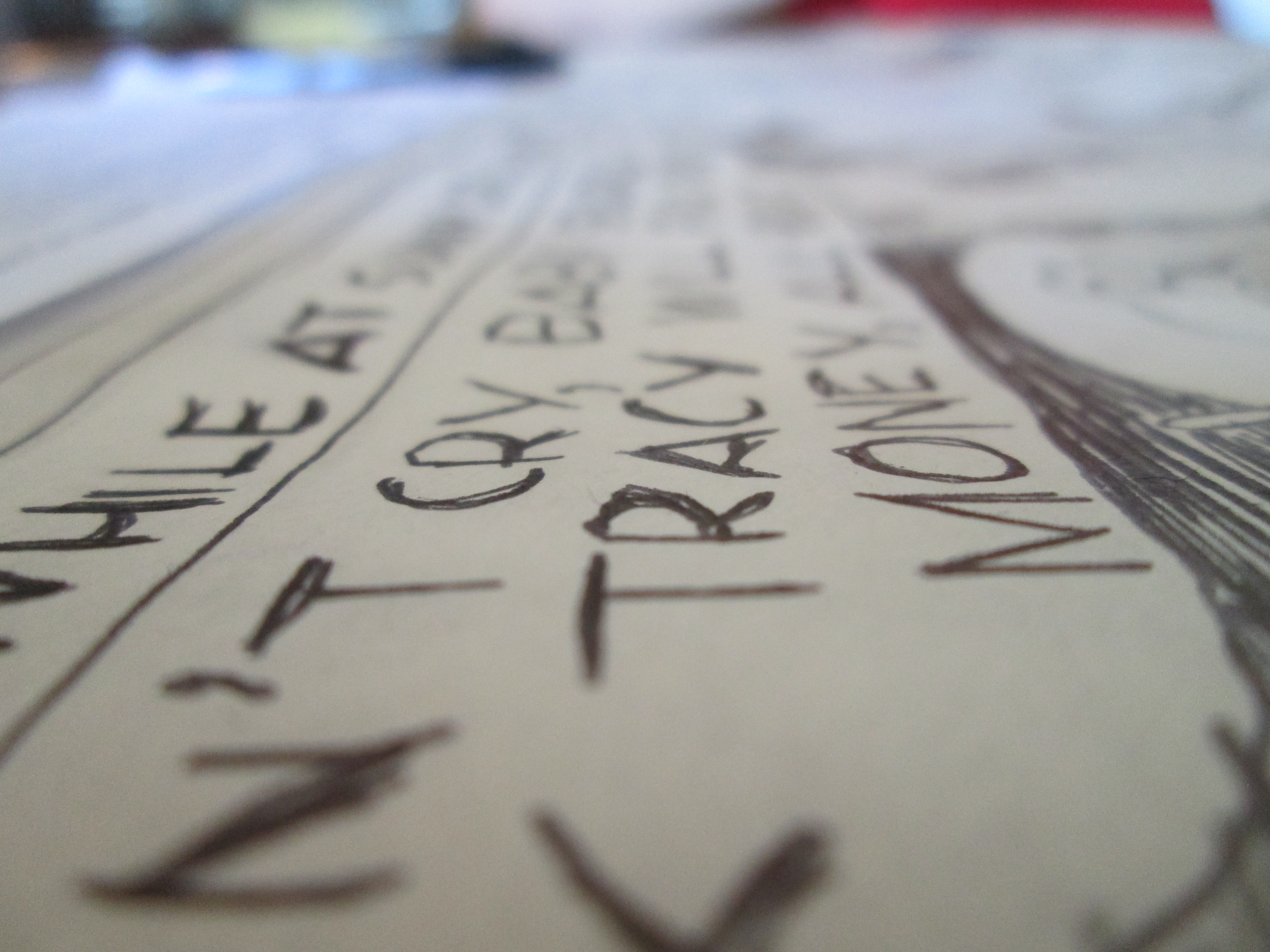 Chester Gould, creator of the Dick Tracy comic strip, lived and worked in the Woodstock area.  Gould, who passed away in 1985, remains somewhat of a local hero.  In the early 1990s, a Chester Gould museum was housed in the old courthouse building.

“We wanted something that was going to be a big deal and get the awareness out, first of all, that Friends of the Courthouse now exists, as well as the courthouse needs our help,” Stelford said.

Stelford is organizing an attempt to break the world record for the longest comic strip in the world.

Participants are given a 10-foot section of Dick Tracy comics to trace with pen.  When completed, over 400 sections will be laid out in a city park to create a comic strip that will be almost one mile long.  When complete, the event will be filmed and submitted to the Guinness World Book of Records for review.

T-shirts and Dick Tracy fedoras are offered for sale with proceeds going to the courthouse, but the tracing is free.

Believe it or not, the category of world’s longest comic strip was not made up by Stelford.

“The current record is actually about 4000 feet, and it was done by the NBC Today show in Rockefeller Center,” Stelford said.

“They had actually mailed out large pieces of his book strips, and people copied them, but they were like one big head per frame.  It was very simplistic.  And then people mailed them back in.  I don’t know how long people worked on them, maybe even a year,” Stelford said.

One stipulation is that the strip must be a continuous narrative, not a bunch of unrelated comic panels.  For the event, Gould’s Dick Tracy from between 1948 and 1952 is being used.

When she initially thought of the idea, Stelford asked her committee of other volunteers how to best go about this.

“Should we create our own strip using Dick Tracy so that we can reference Woodstock and bring in stuff and kind of customize it, or should we go with his original ones?”

The stressful task requires each strip be meticulously copied and numbered for order.  Stelford says she went through several printers to get it right.

“I ignorantly thought we could do this in a couple months,” Stelford said with laugh.

But the response has been positive, and the group is on track to meet their goal by July 2, which is being celebrated as Dick Tracy Day.

“We’ve gotten a really good response.  Literally every person I’ve gone to and asked them to do a strip has said yes.  We didn’t have as many sign-ups as I had hoped, so I started going to businesses and dropping them off and saying, you can put them in your break-room, you can have your customers help – literally no one has refused,” Stelford said.

Participants have also been eager to help break the record.  Kathy Landry came to Woodstock to visit family, who enlisted her to join them trace.

“It’s really a lot of fun.  I was worried at first because I’m no artist, but really anyone can trace.  I’ve been hiding my initials in each panel I do.  It’s neat to be a part of world record,” Landry said.

Stelford has been organizing a series of tracing events open to all at various locations throughout Woodstock.  She also uses it as an opportunity to talk a bit about the courthouse and how people can donate to the group.

It’s all part of an effort to save one of the dwindling few pre-Civil War buildings in Illinois, with an attention grabbing world record.

“I think everybody likes the idea of being a Guinness World Record holder,” said Stelford.

Header image: Visiting family in Woodstock, Georgia native Kathy Landry traces a panel.  Landry’s strip comes from the 1948-1952 era of Dick Tracy comics.  The timeline is crucial, because the world record requires the comic to be a continuous narrative. Photo by: AJ Karolczak

Building photo: The Old McHenry County Courthouse dominates the western edge of downtown Woodstock’s city square.  The county government operated from the building until the 1970s, when a new complex was built on the outskirts of town. Photo by: AJ Karolczak

Comic strip image: Woodstock area resident Chester Gould created, wrote, and illustrated Dick Tracy comics from 1931 until 1977.  Occasionally, a character or location in the strip was based on something or someone Gould saw in Woodstock. Photo by: AJ Karolczak