The Art and Peril of Guantanam.. 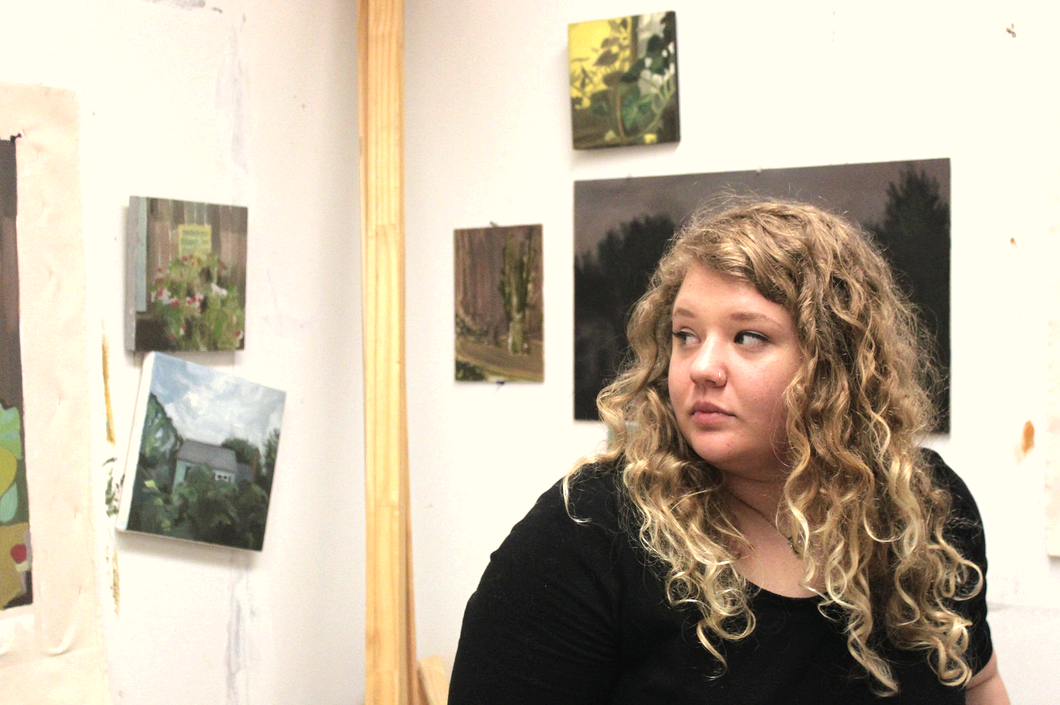 It was just really scary for them. Completely uncharted territory and a lot of money.

As children, Vada Briceno would study her older brother while he drew. She wanted to pull lines across paper the way he could. Twelve years later, that dream has come true.

In June, Briceno graduated from the Theatre School at DePaul University with a Bachelor’s degree in lighting design, making her the first in her family to graduate from college.

Briceno joins nearly 6.47 million college students nationwide who identify as first generation. These students’ parents have either never attended or did not complete college. Neither Briceno’s parents nor her brother attended college. Before they moved to Chicago in 1989, their world was vastly different.

“My mom grew up in a country where the goal as a woman was to have babies, take care of the house, and make sure that her husband was pleased every day, and my dad’s job was to make money, get drunk before he comes home, and eat whatever my mom cooked,” Briceno said. 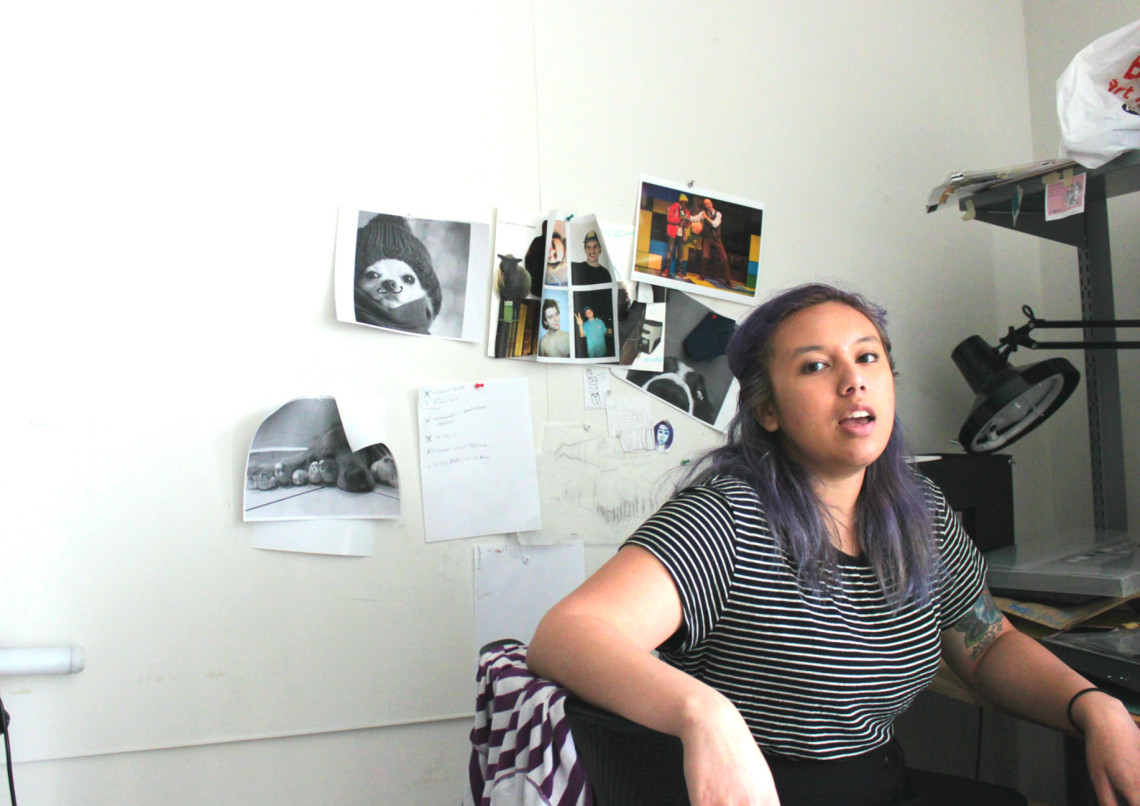 Like many first-generation students, Briceno’s parents were thrilled she wanted to continue her education. But their expectations were lofty.

“They wanted me to be a lawyer, something with nice income, as I think every parent does,” Briceno said. She was scared to tell her parents about her desire to pursue lighting design.

Dr. Linda Banks-Santilli is an associate professor of education at Wheelock College in Massachusetts. She also happens to be a first-generation college graduate herself.

“Often, families don’t see value in studying subjects that don’t translate to a professional career, as they typically have not had the luxury of learning for learning’s sake,” Banks-Santilli said.

When Briceno finally decided to tell her parents about her dream, they were hesitant. She soon realized it came from a misunderstanding, and they were quick to support her.

“Once I told them I wasn’t interested in becoming a physical therapist, they embraced it and are super happy with my decision,” Briceno said. “They realized my passion, but they just didn’t really know anything about theatre.”

Not all are so lucky.

Kelly Neibert was born in rural Pennsylvania and loved to draw during her childhood. But when she told her parents she wanted to study painting in college, they were shocked she wanted to continue her education at all.

“My parents are wonderful people and they’ve given me so much. But it was just really scary for them. Completely uncharted territory and a lot of money,” she said. “I was excited to go. It felt like my ticket out of Waynesboro.”

Like Briceno, Neibert’s parents did not attend college. Her father completed high school, but her mother did not.

“[College] was just so foreign to them,” Neibert said. Since then, she’s completed an art degree at Messiah College not far from her home town, and she recently was accepted into School of the Art Institute of Chicago’s MFA painting program.

According to Banks-Santilli, some first generation students feel like they must balance two worlds: their world at home with family, and their world at college.

“I call this a renegotiation of identity, where the FG student is trying to recreate themselves and wants to expand their worldview,” Banks-Santilli said.

This duality can come with guilt. A disconnect may form between parent and child, and the student’s shifting identity can add enormous pressure to an already stressful time.

While Neibert’s parents have accepted her choices, she struggles to connect with her extended family.

“I have a completely different world view from my family. I worry that when I try to express my point of view, sometimes it comes off as being pretentious or thinking I’m smarter than they are,” she said. 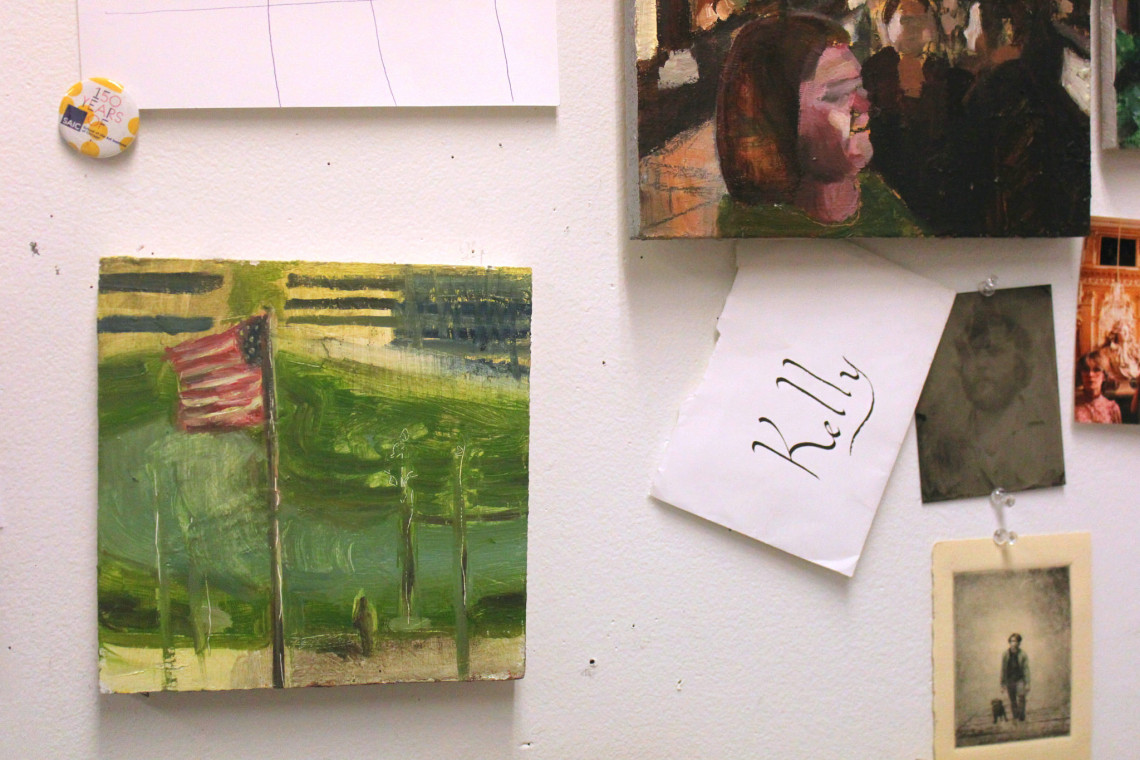 Briceno also experiences disconnection from her extended family. While her father’s side now lives nearby in the U.S., her mom’s side lives in Belize.

“They don’t understand what I’m doing or that there is a career here,” she said, tears quietly falling down her face. “When we do family gatherings, if I don’t eat a certain Belizean dish or when I dyed my hair blonde, I’m ‘White gyal’ or white girl. It’s been a thing all my life.”

According to Banks-Santilli, navigating financial aid is often difficult due to a lack of resources for parents to learn how to manage the system.

“Doing for financial aid was really hard because I had to do it all myself. My parents really had no grasp on doing any of that stuff,” Briceno said.

Though Neibert also faces a lifetime of loans despite family support, she understands the value of her investment.

“I’ve wanted to do this for my entire life, so it’s not a waste of money. This is a really great program, and I’m going to learn a lot. So no regrets,” Neibert said.

Briceno has been lucky.

“My mom has a sticker on her car that says ‘DePaul Mom’ and some lady mentioned she knew people in Chicago that do theatre,” she said. “My mom got me a connection somehow, if only because she’s so social.” 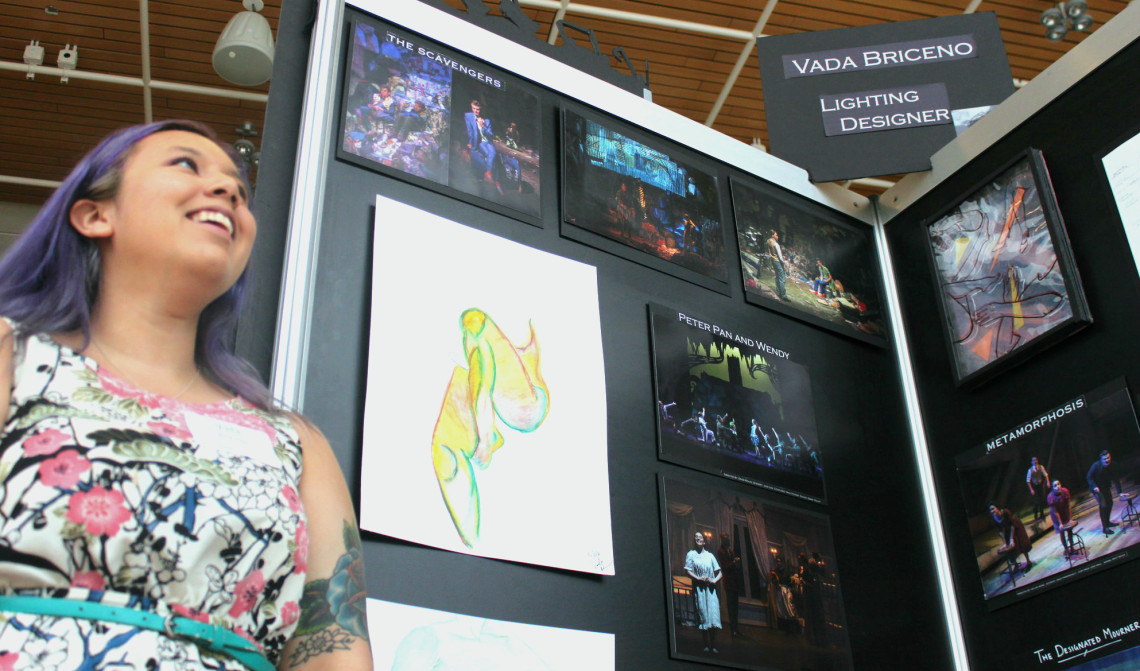 Neibert uses her campus connections, but has had similar luck. Recently, her hometown has seen an unprecedented boom in the arts community. Her father happened to know someone involved, and was able to secure his daughter a show.

Unfortunately, students like Briceno and Neibert are rare cases and have seen great success. Many first generation students cannot pursue their dreams.

“I really feel for people in my situation that didn’t have the resources that I had,” Neibert said. “My parents eventually did come around but some peoples parents just never do.”

Briceno hopes to teach one day, and Neibert plans to complete her MFA. In the true spirit of college, both plan to make a difference in the world with their art.

Recently, Neibert started the MFA program and feels like she is being challenged every day. Her work continues to improve, and she is thankful she took a chance. Briceno moved to Seattle for a year-long lighting apprenticeship at Seattle Repertory Theatre. She is excited to apply the skills she learned at school to a professional setting while exploring a new city.