The Typical and the Spectacle 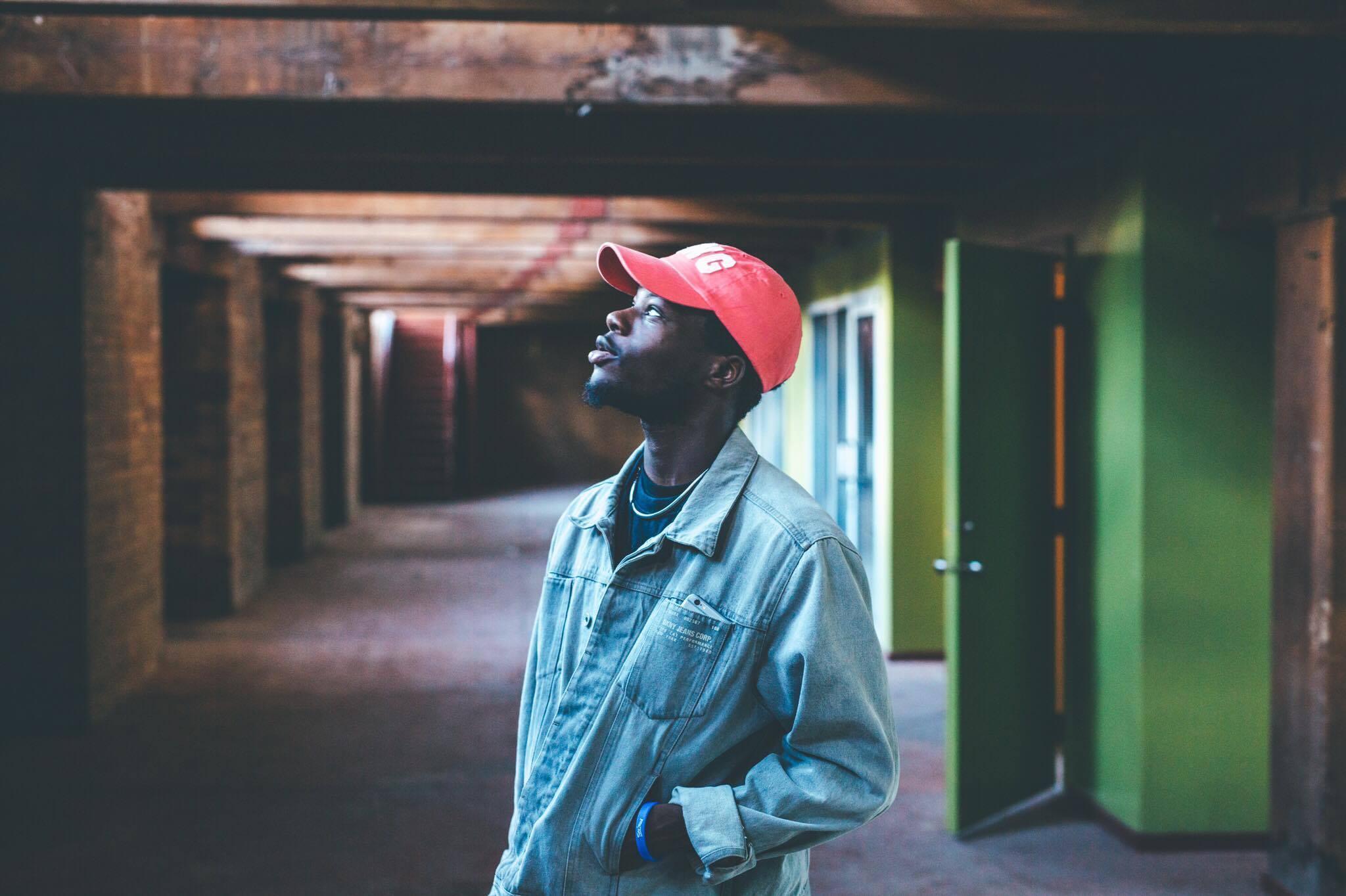 Femi Adigun would sit next to me at work, or sometimes across from me, in an office housing dozens of college students working online customer service for a large furniture supplier. Sitting in the brick building in the West Loop, Femi was constantly working on biology homework with pounding music radiating out of his headphones. His dark ebony face, always shadowed by a baseball cap, stared intently at lab assignments while he artfully juggled appeasing furious customers with calm words and very little assistance. This is customer service, after all.

It wasn’t until months after I met Femi that I saw a video he shared on his personal Facebook account from a separate page on Facebook called “Femdot.” The video is an excerpt from Chicago documentary “The Culture.” I watched Femi rap for one minute and ten seconds.

Shuttin’ down schools and that’s just a lesson too

All the sons that made it to 18, that’s a blessin’ too

Got the pastor losin’ faith in religion

Got mothers havin’ more children anticipating the loss of one

They smoked my homie, they put him in a coffin, son

As he spoke about the Black experience in Chicago, I had never seen Femi’s eyes light up like this before. I had no idea about his talent, his passion or his experience as a Chicagoan. He wrote his first verse when he was six years old.

In DePaul’s Arts and Letters Hall, Femi sat at a table on the ground floor rocking a vintage mesh Chicago White Sox jersey, his signature carved elephant necklace and a hat from The Illmore at SXSW, riding off the success of his EP, “fo(u)r.” He was featured on Pigeons and Planes’ Best New Artists of the Month for April. Lyrical Lemonade declared him one of the “20 Chicago artists to look out for in 2016.” He was invited by Red Bull Sound Select to perform with Soulja Boy on June 8 in Denver and is featured on Andrew Barber’s renowned Chicago hip-hop/R&B publication Fake Shore Drive. Over a thousand fans on Facebook. Thousands of plays on Soundcloud. 21 years old. Health Science student.

“I kept seeing his name throughout this year,” said Fake Shore Drive Editor Andrew Barber. “I get so many rappers, hundreds of e-mails a week from aspiring rappers from Chicago and the Midwest who want to be featured on the site. But, I’m a true believer that the cream rises to the top. And I heard his project, his EP ‘fo(u)r,’ and ‘97’ – ‘97’ is personally my favorite track off the project, and probably one of my favorite tracks of 2016. I heard it and I was like ‘this kid is official, he’s legit.’ So I looked him up, did some research and saw that he’s a great student and has an interesting background.”

Barber was one of the original curators for Red Bull’s Sound Select program, which puts on shows globally to promote new artists. “So, for Red Bull, we’re always looking for new talent, looking for a fresh perspective and for someone who, you know, can excel in the music world.”

Femi’s parents immigrated to the U.S. from Nigeria in the 1980s. Since then, Femi has had amazing success in the Chicago music scene. His sister happens to be a 2012 Nigerian Olympic athlete. His two brothers are a comedian in Los Angeles and his oldest brother inspired Femi to start rapping at age 6.

Femi juggles his health science major studies (with a concentration in biology), performing, creating new work, and his customer service job in the West Loop. “I omit sleep. I try to do everything, so sleep is the first to go.” All free time is allocated toward studying, working and creating. Adigun tries to be involved politically, too. “People think I’m crazy because I sacrifice sleep so often, but I’m trying to be the best,” Femi said.

“It’s been a great experience working with Femi,” said Farhan Shakeel, Femi’s manager at his job in the West Loop. “We started working at the company at the same time and I’ve never seen his motivation slow down. If anything, it’s gotten stronger with time.”

With all of the political happenings at DePaul, Femi said that it was the “right place” for what he has wanted to do. The rapper said that the university is a reflection of Chicago as a whole with its diverse political views and relationships between marginalized and non-marginalized communities, which he loves to “dissect.”

“Why health science?” I asked Femi.

“I don’t want to be a stereotype,” Femi said with a smile on his face. “I didn’t want to be a college dropout that’s rapping. I want to be so much more than that. I want to be able to talk to you about the top 50 greatest rappers of all time and the entire process of glycolysis. I can do anything I put my mind to.”

On his music, Femi said, “I want it to show that I’m human. I want people to play my music and know me and I want it to show that it’s okay to be who you are. I’m not trying to be a role model or one-dimensional.” His EP “fo(u)r” launched in late April and each of the four songs on the project have been played over 13,000 times on Soundcloud. “97” has been played over 46,000 times on the streaming site so far.

Femdot says that ‘90s R&B and hip-hop influence most of his music. He likes to study the culture and the history of the rap music scene but he grew up on a lot of Jay-Z. Kendrick Lamar is the rapper who has “all of his attention” right now. “I’m a fan of him, but it’s not like I’m trying to be like him. I’m trying to surpass him in every way.”

Femdot performed with Soulja Boy and Catch Lungs in Denver at the Bluebird Theatre on June 8. “He has a super good ear for beats, for melody and his wordplay is super advanced,” said Andrew Barber. “And it’s not just me. Red Bull had to listen to him, ultimately they get the final say on everything, and they heard it too.”

“The 13 year old me is unnecessarily excited,” said Femi. “It’s super dope to perform with Soulja Boy. I know all of the dances by heart. And now I’m like a Red Bull girl with all these free drinks.”

After the show in Denver, Femi used the summer to continue to work on new music, with the goal in mind being a full-length mixtape. This summer Femi released “thr(we),” an EP featuring more music that Femi describes as an introduction to himself, something on the “nostalgic” side.

The video for “341,” one of the songs off “fo(u)r,” was just released on Russell Simmon’s digital platform, All Def. Praise in the YouTube comments included some fire emojis, “Femdot is THE TRUTH,” and “an early 90s vibe.” Nostalgia was what Femi was looking for, and that’s what he achieved. With two shows coming up this month, it doesn’t look like Femdot, or Femi, is slowing down anytime soon.

“I, as a black man, can do whatever I want to do. I choose to rap but I can do whatever I put my mind to, and I want people to see that. I want to show my little cousins that they can do whatever they want to do. And I can actually back it up, I’ve gone through all this education and I’ll have a degree next year and I’m still going to rap. Everyone has kept saying it’s impossible, but impossible is just a word people use as filler until something is done.”