In 'The Invitation', Everybody.. 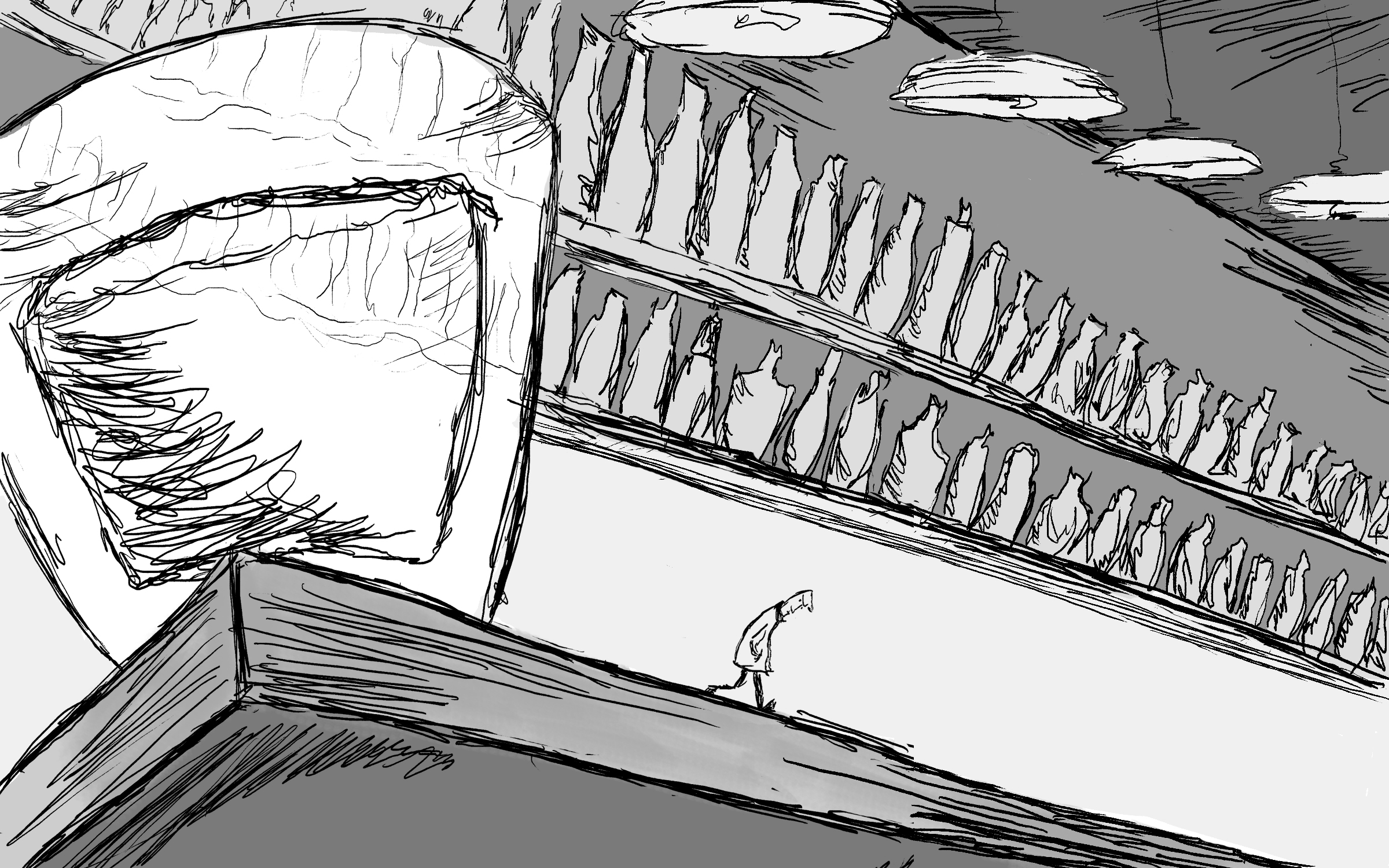 Somewhere just off the Californian I-15, Ricky sat at a bar swirling his vodka, watching the ice cubes hit the sides of the glass with quiet clanks. After his eight-hour day of shore duty, the heels of his combats boots were relieved to be hooked onto the old wood of the barstool while he watched the NASCAR race on the TV above the bar. The sun’s late afternoon glare made it hard to see the screen, but he didn’t care much. He just watched the cars go around the track, again and again. That wouldn’t be such a bad gig, he thought.

Ricky liked his vodka the same way his father did, and they’d probably be drinking together at this time of day if they could, but his old man was back home in Pittsburgh as the CEO of the company that sold the chemicals they put in soap. He hadn’t called his dad in a few months due to a lack of any news, and therefore a lack of any reason to call. With six other kids, older and younger, spread throughout Pennsylvania and New York, Ricky figured his dad had his hands full at home.

A woman took away the empty glass bowl in front of Ricky and disappeared into the kitchen. When she returned, the bowl was full with peanuts and she smiled with her mouth closed. Ricky nodded at her, thinking that he sort of liked her long black hair and her plain, wide face.

The naval base in San Diego wasn’t really a good place for matchmaking. There were plenty of bars and restaurants where he and his friends drank themselves stupid nightly, but the waitresses there were all cut from the same cloth. They liked Navy guys, but Ricky decided early on he wasn’t interested in the girls that were interested in Navy guys. So he drank his sake bombs at the sushi buffets, but he never left his number on the napkins.

Ricky caught the woman, moving with a practiced grace that was both careful and somehow gentle, cleaning up a table in the far corner of the place, plucking straws from their glasses to consolidate them into one. She gathered up all the plates, then put them into the grey bin on one of the chairs. He suspected she knew he was watching her.

What would he even say if he wanted to make a move? Hey lady, wanna grab a seat on the back of my old-as-f*** Harley for a few hours till we make it back to my shared room at the base? He finished off the rest of his vodka and set it down. At the sound of the glass hitting the bar, the woman turned to Ricky. She left her cart of dirty dishes and sashayed to him.

“Another?” she said. She lifted the glass with melting ice cubes.

Man, that was a gorgeous, plain face, he thought. She could have offered him a rocket ship and he would have accepted.

She spun around to grab the Grey Goose at the back of the bar.

In his younger years before he settled down with his mom, Ricky’s dad wouldn’t have dared pass up the chance to pick up a cute bus girl at the bar. Ricky knew their drink preferences were the end of their similarities, and that’s why for the last three years he had spent the night before Thanksgiving on La Jolla Beach with whoever else didn’t want to see their family. He knew that there was always a 4:55 p.m. flight to PIT the night before Thanksgiving but had yet to make his way to SAN around that time of year.

The woman put a new glass of vodka on Ricky’s coaster, pushed her hair behind her shoulders and gave him another closed-mouth smile. She looked up at him through her eyelashes. A clear signal, Ricky thought. He doubted it as soon as he so-confidently thought it. His dad would have grabbed that signal and ran with it, but it made Ricky nervous. After a beat, she turned and let her hair swing behind her.

He picked up the glass and looked down into the bottom. Maybe this would be his final glass. For the afternoon, he meant. Maybe he’d finish this glass and see what the cute bus girl was doing later.

Or maybe he’d leave her alone with her dirty apron and her dirty dishes, and he’d drive back to the base and drink more sake bombs and watch his friends pinch the asses of the cute waitresses there, and then maybe he’d walk along the dock and watch the California sun set over the fleet.

And on Thanksgiving this year Ricky’s mom would sit with his distant relatives, reach her hand across the white tablecloth to hold their arms and say, “Ricky, you know, he just doesn’t have an ambitious bone in his body. The Navy’s been so good for him.”

He drank the vodka all at once and set the glass back on the bar. The bus girl was nowhere to be seen. Ricky decided he’d go to the bathroom, then head back home on I-55.

When he washed his hands, he brought cold water against his face. I’ll go home and I’ll never have to know what life would be like with the bus girl. I won’t share a vodka with my dad over a turkey this year, and I won’t give mom anything new to say.

He pushed the door of the bathroom open and rounded the bar to leave. He saw a dirty apron had taken his seat. He stepped outside and put his sunglasses on. He pulled the keys from his pocket and as he turned to head towards his old-as-f*** Harley, the bus girl was sitting on it, smiling with her mouth closed.