It’s 4 p.m. on the last of four days at Chicago’s Lollapalooza Festival and the heat, along with the crowd’s anticipation, is rising. California indie band Local Natives steps on the Bud Light stage. Taylor Rice, the band’s lead singer, carries the band through about seven songs before he takes a break to mingle with the audience. His black wavy hair, usually worn just past his collarbone, is elaborately done up in a French braid, curling around his head into a bun. His mayonnaise-colored electric guitar states “Make America afraid again,” a large X drawn through “afraid” in red paint.

He clears his throat to speak:

“It’s a really super chaotic and insane time in the world right now, and in our country, and you could be very cynical, but I think there is a lot of reason for us to be very optimistic and idealistic, and this is up to us. So, let’s do it.”

The band begins their newest single “Fountain of Youth,” a song discussing the current political climate in America and how it’s up to the young people to stand up and make a difference. Later, Local Natives will return to Chicago for a sold-out show at the Riviera Theater, and Rice will make a similar statement before performing the same song to a youthful and enthusiastic audience. The band will feature a voter registration table called “HeadCount,” adjacent to their merchandise and across from the bar. 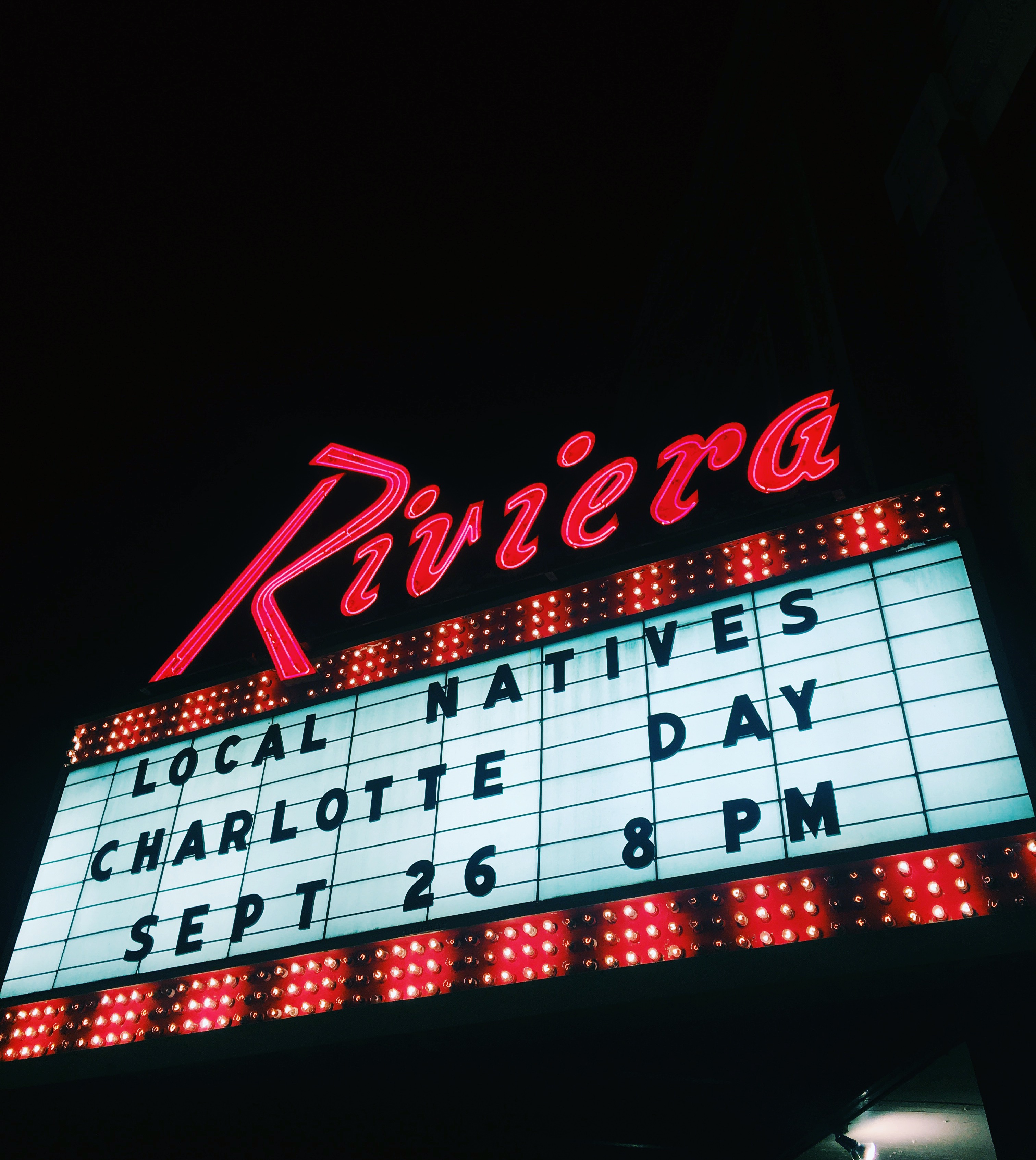 Musicians, comedians and artists have increasingly become involved in politics and social movements, particularly with the growing anxiety surrounding our current election. Legends like Bob Dylan sang about politics in his music in the booming New York neighborhood of Greenwich Village during his early stages of his career. Folk performer Pete Seeger wrote and recorded music influenced by his activism for the Civil Rights Movement.

While politically charged music was once good enough, consumers now expect artists to be more influential with their platforms, and social media has definitely affected this standard. Artists like Chance the Rapper, The Head and the Heart and Sia, like Local Natives, encourage their social media followers to take democracy into their own hands. All four musicians have recently partnered with HeadCount, an organization that sets up voter registration tables at concerts and festivals across the country run by volunteers.

HeadCount is an unbiased organization that collaborates with musicians to encourage people to register to vote. The non-profit organization has registered over 300,000 voters at events since 2004, and continue to make progress by creating successful digital media campaigns with the likes of Jay-Z, Dave Matthews Band and the Grateful Dead.

It is easy for anyone to get involved with HeadCount by creating an account on their website and signing up to volunteer at concerts all over the country. By visiting the website, you can find information about the organizations, how to volunteer and upcoming shows and events that HeadCount will participate in.

Many artists will reach out to HeadCount on their own and want the voting registration to be a part of their concerts and tours, according to Patricia Murray, a public relations and intercultural communication student at DePaul. Murray has been volunteering with HeadCount for the past couple years after learning about the organization while attending Bonnaroo in Tennessee in 2013. She has always been enthusiastic about politics, and quickly signed up to begin volunteering. Murray was excited to be promoted to a Chicago team leader shortly after.

Murray loves volunteering her time (about three to five shows a month) to this organization because she feels like she is truly making an impact.

“Working with HeadCount is rewarding because not only do you get to help educate people on their voting rights and make the democratic process less of a hassle, but you also get to see really great music. When you help someone understand that their voice has power, that’s really something special,” she said.

Murray also thinks that our country’s current election strongly contributes to HeadCount’s ability to convince people to register to vote.

“We are always busier during election years, but this year’s political climate is definitely having an impact on voter registrations,” she said.

“There’s a lot of older first-time voters telling us that they’ve never voted, but this election has changed their viewpoint and they feel compelled to vote in 2016.”

It is statistically proven that young people are not going to the polls to vote. According to a study done by CIRCLE, or The Center for Information and Research and Civic Learning and Engagement, a survey from 2014 showed that only 19.9 percent of 18-to-29-year-olds voted in the 2014 election – which was the lowest turnout for this age group in the last 40 years. The same study showed that only 46.7 percent of young people were registered to vote, also the lowest percentage over the past forty years.

In a world where virtually everything is accessible online, what could possibly be stopping young people from voting?

Elisabeth Klain, a 20-year-old student at DePaul, thinks there is a lack of responsibility within college students to access their voter registration information.

“While not every college student goes away for school, it becomes the responsibility for the university to bring up registering to vote or absentee ballots. I think more education about the process is important,” she said.

Klain is familiar with HeadCount and even praised them for their efforts.

“I have heard of HeadCount and actually know someone who was out on Warped Tour with them. I know that they were able to get a lot of people registered to vote, at least 2,500. I find that number pretty impressive considering it was one of their first few years out, if not the first year on the tour,” she said.

She would also consider registering to vote with their organization if she ever came across their table at a show, even though she is already registered and prepared to vote in this year’s election.

While Klain thinks registering to vote isn’t “the most accessible thing to do,” it’s clear organizations like HeadCount are striving to make voter registration more accessible and exciting for young people.