In the Coffee Roasting World, A Bean’s Origins Mat...

From Bench to Screen

In the Coffee Roasting World, A Bean’s Origins Matter 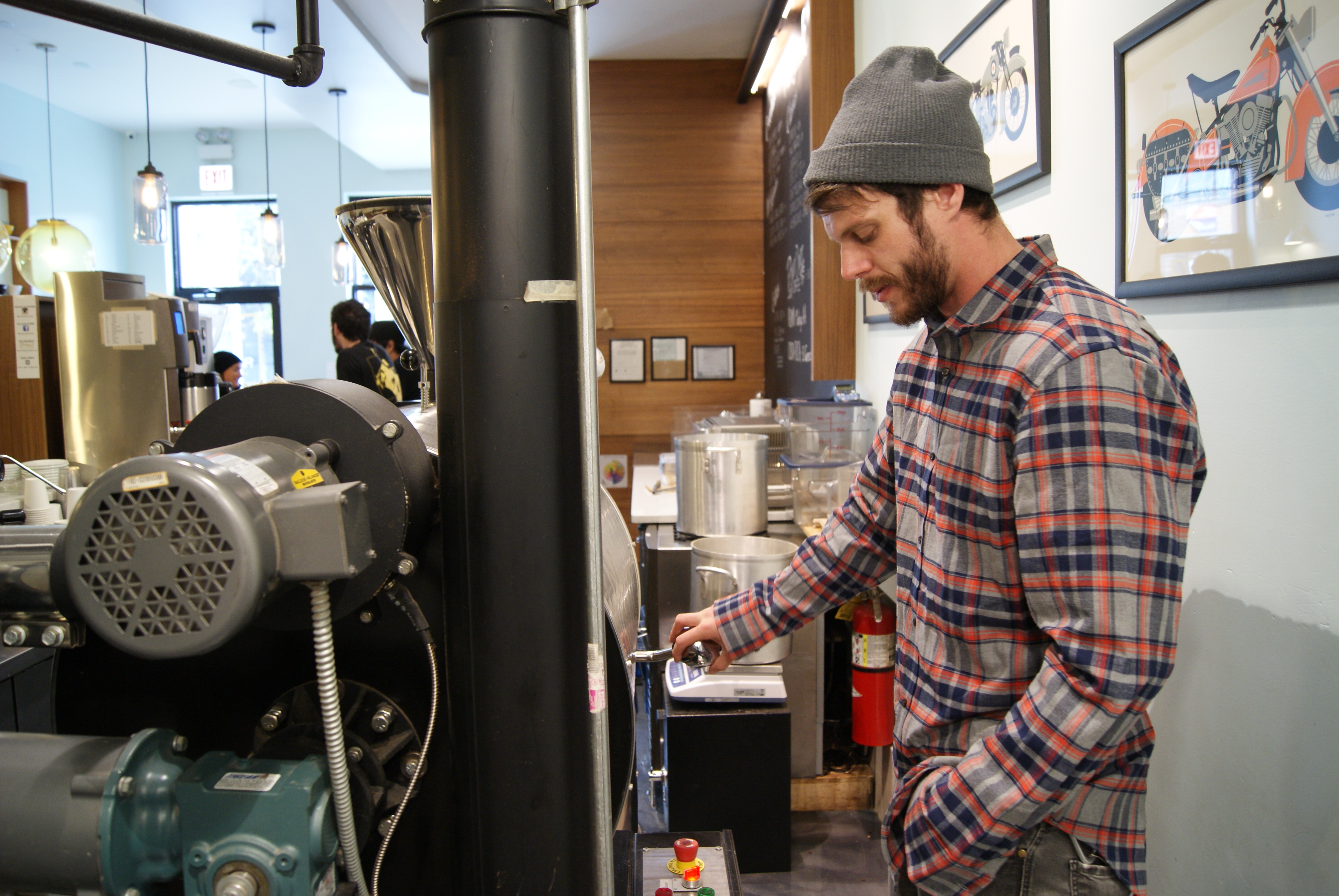 Are the beans Kenyan? Colombian? Ethiopian? According to Justin, these types of questions are important to contemporary roasters as they push “third-wave” coffee into more artisan grounds.

The trend toward artisan coffee has grown immensely in the last decade. According to the National Coffee Association, the 2016 National Coffee Drinking Trends report showed a massive increase in the consumption of “gourmet” coffee since 2008. But people still don’t know much about the gourmet coffee they’re drinking, Justin said. 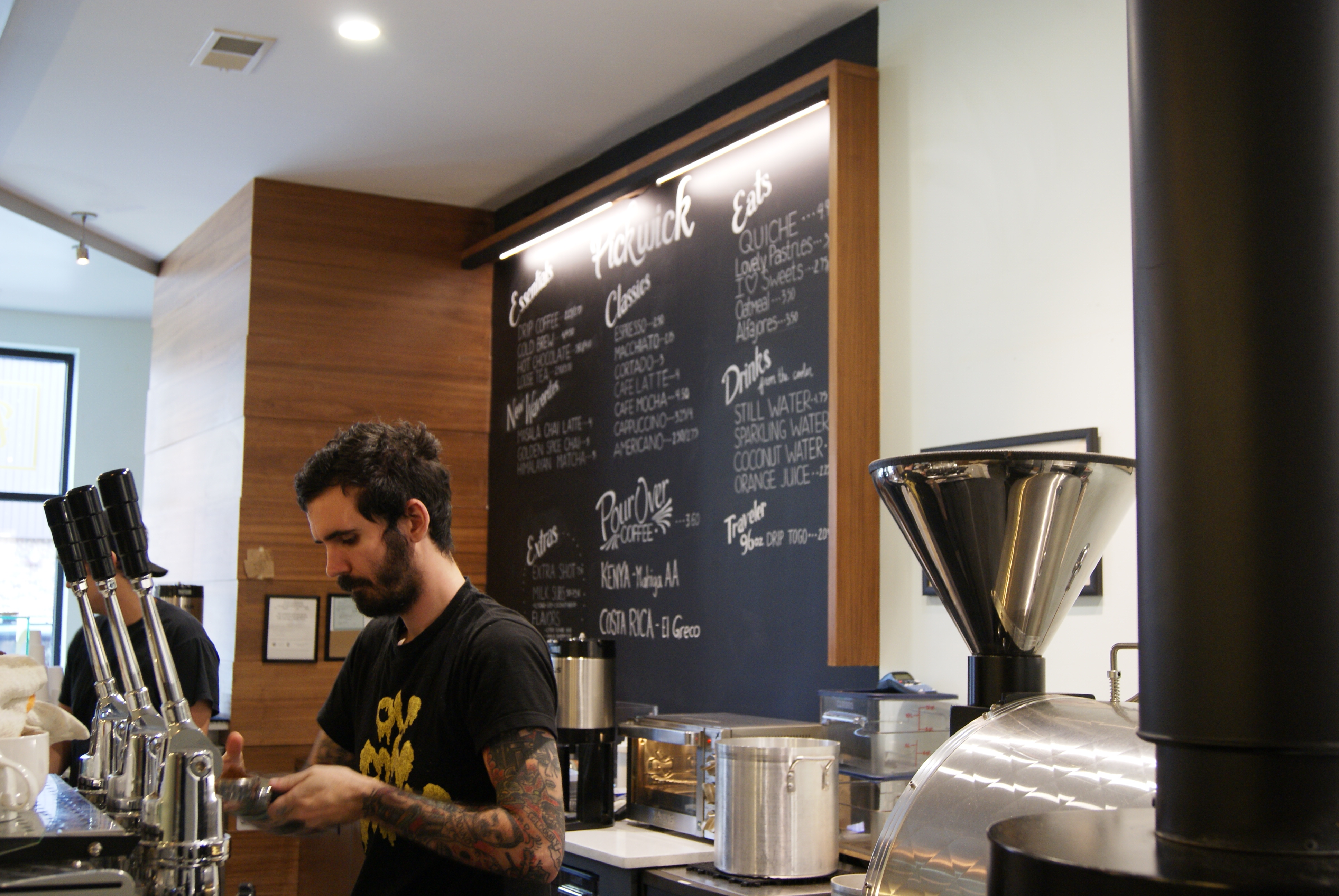 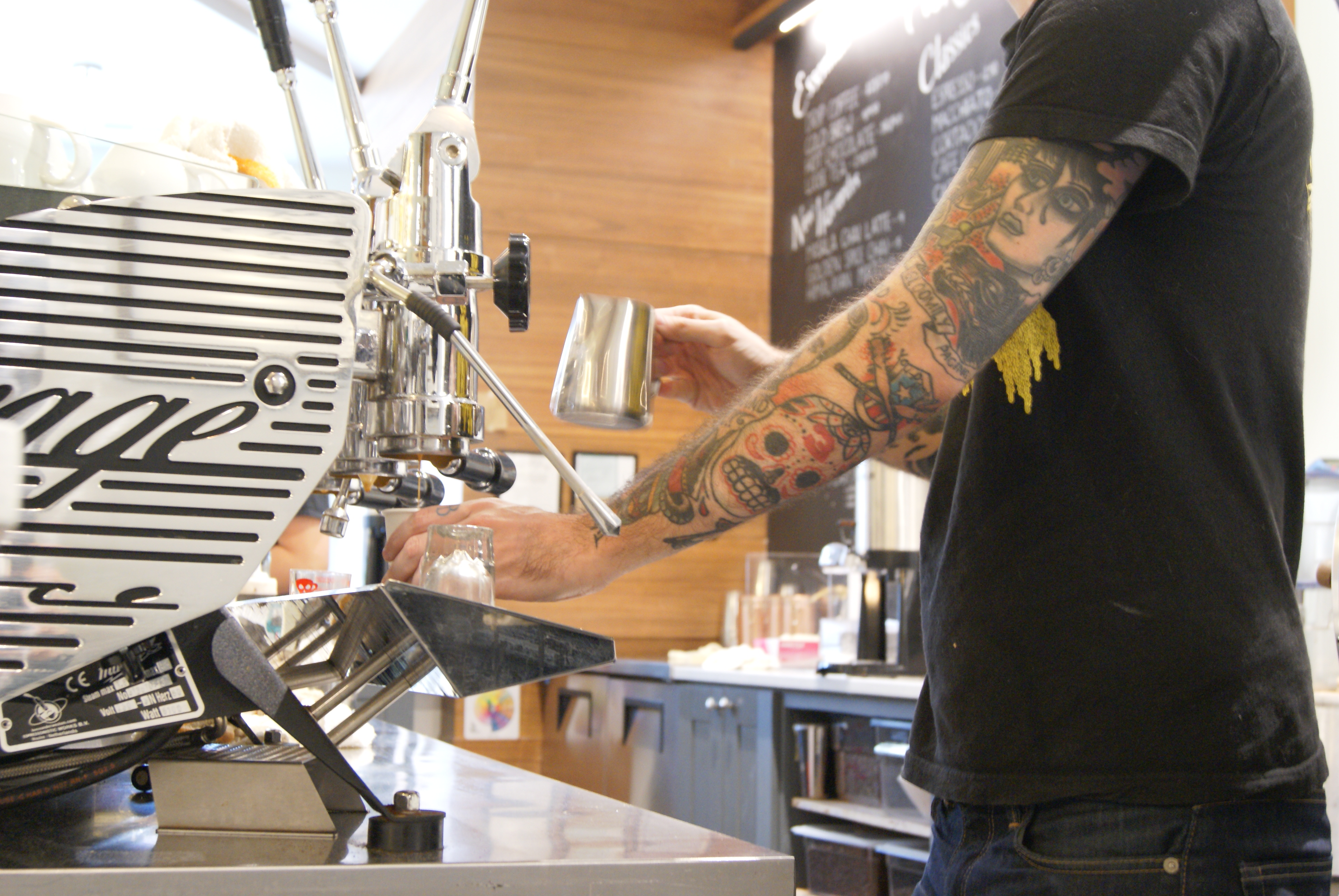 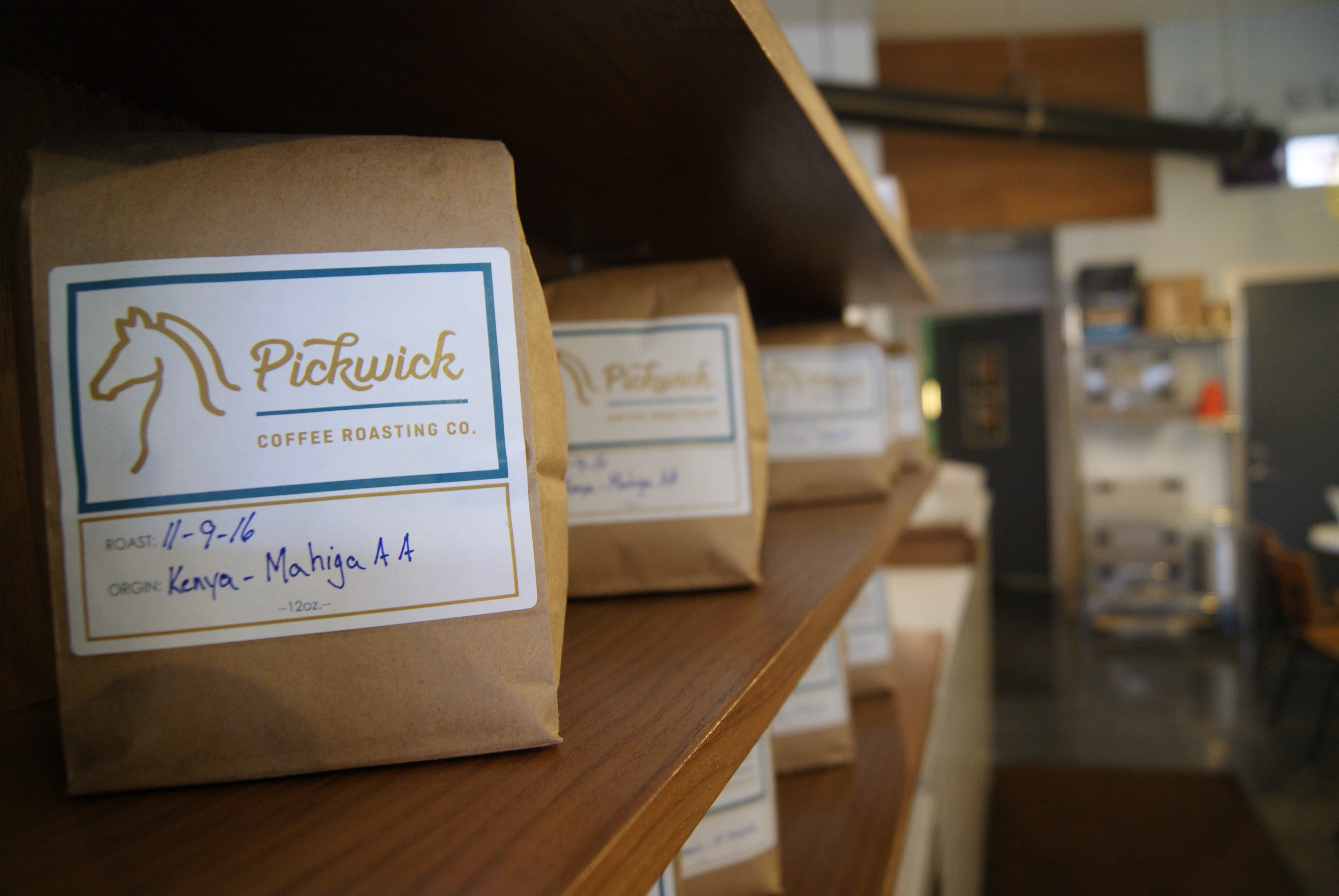 Justin notes that understanding a coffee requires understanding everything from big picture to small. First off, a coffee’s region will serve a significant purpose. South American coffees tend to bring out spicy and earthy flavors, whereas African coffees tend to be larger beans with fruitiness. Why? Because the climate, the soil and the agriculture in those regions inform the flavor profile of its product.

But these generalities are even considered limiting to a roaster. The specific small plot of land growing coffee, called a “micro lot,” within the region serves an important and nuanced purpose. More importantly, the way beans are processed at these micro lots is immensely important to coffee roasters. According to Justin, the cheapest, most efficient, and most widely used processing technique is “wash processing,” where water is used to rigorously remove the cherry from the coffee bean.

“It’s totally fine, it’s a good way to do it,” Justin said. “But there’s experimental lots and they’re doing a lot of cool stuff with natural and honey processing.”

Some of the experimental processing strategies involve sun drying entire cherries on parabolic beds. This allows “all the sugars and the glucose molecules from the cherry absorb into the bean,” he said. 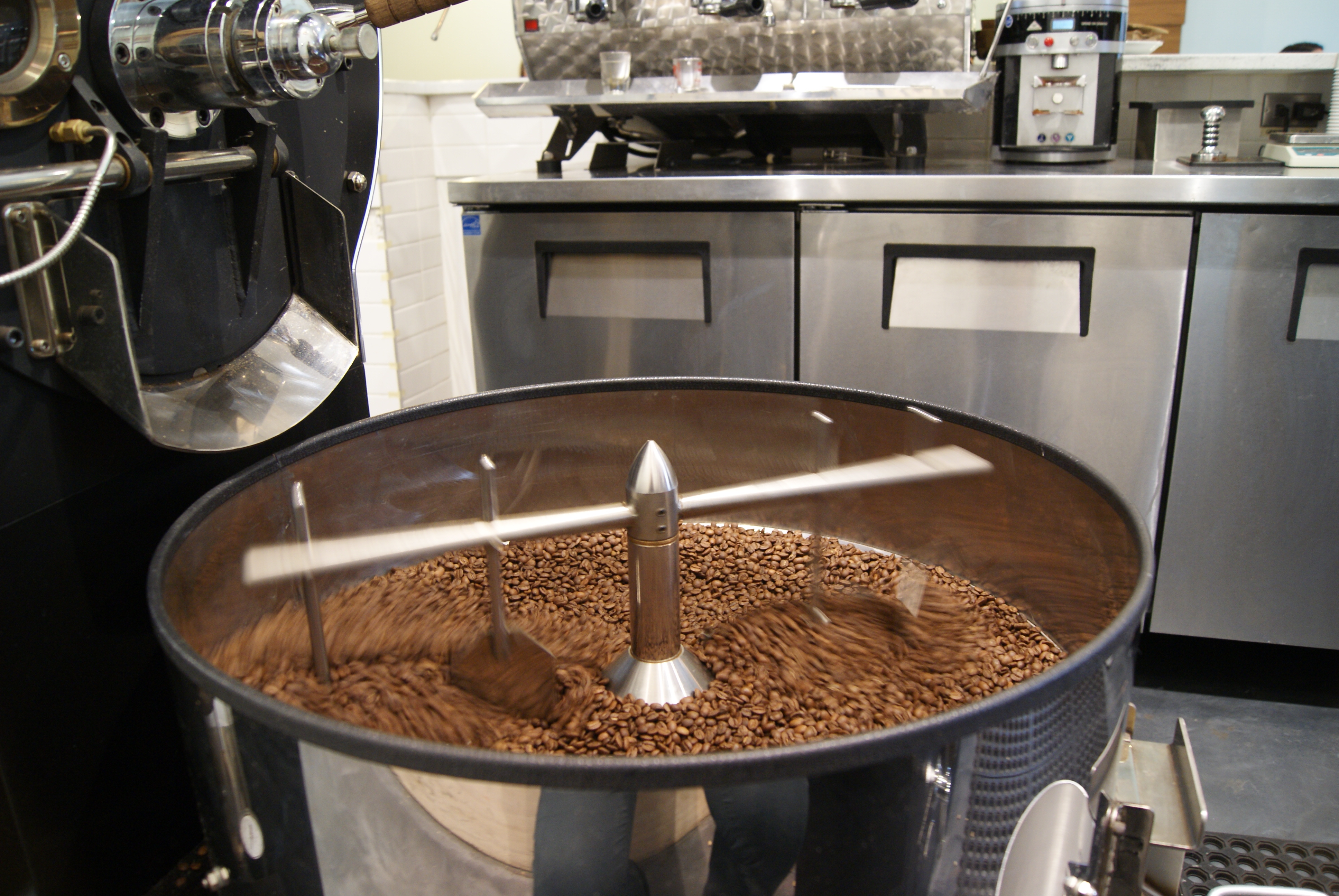 A freshly roasted batch of coffee beans are stirred and cooled off, almost ready for consumption (Maxwell Newsom, 14 East Magazine)

Afterward, the cherries are carefully pulled apart, often leaving some of the cherry material, or the mucilage, on the bean to allow it to retain the fruitiness from the cherry. This method would be called “honey processing” because of the sweet flavors it garners from the coffee bean, and the excess mucilage left on the bean which is sometimes called “honey.”

Of course, coffee has been consumed in these South American and African regions for far longer than the European world. But the traditional processing method has always been wash processing. So these experimental processes are actually rather new and revolutionary, according to Justin. The innovative processing methods are also far more time consuming and difficult. 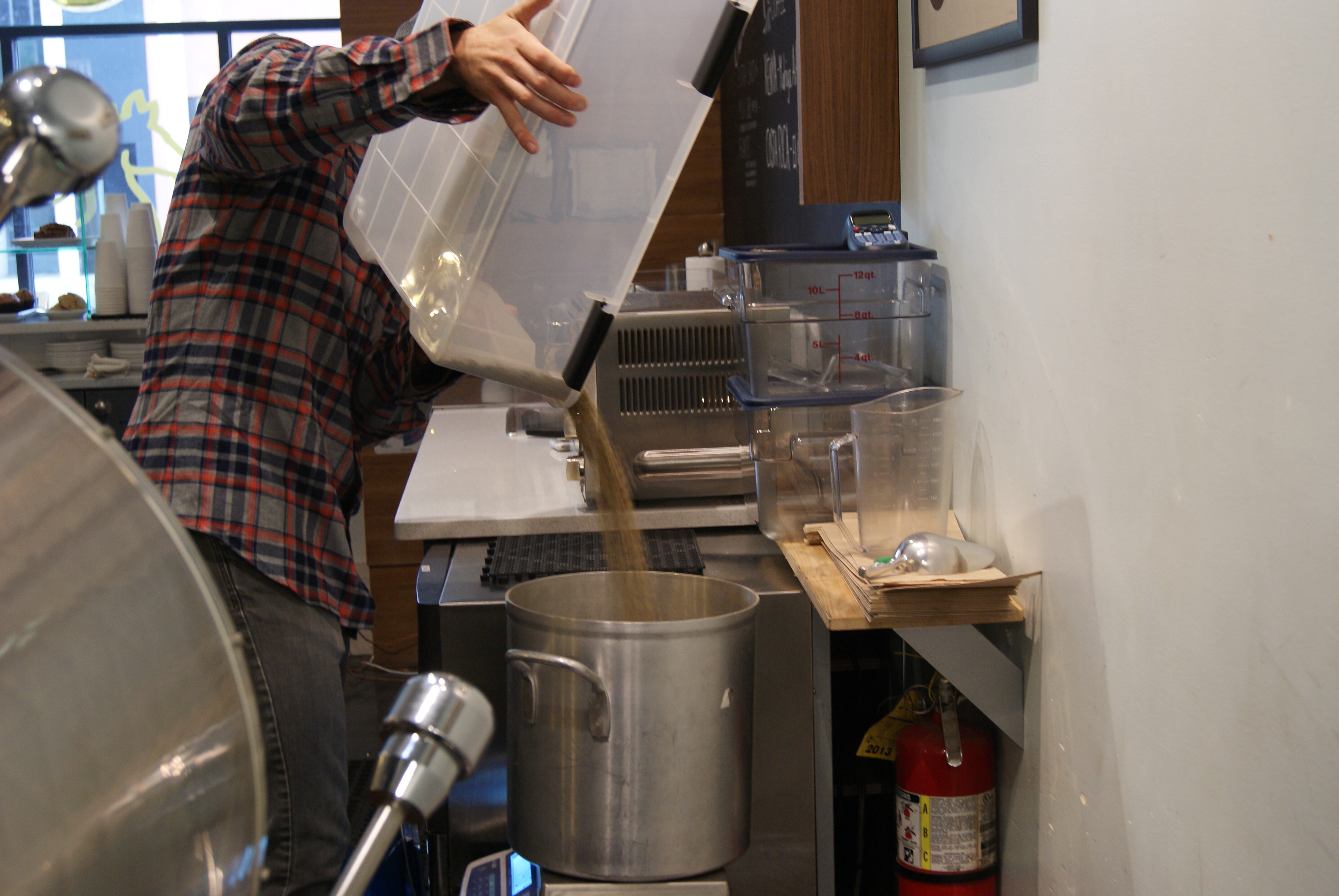 Since the artistry of coffee is so reliant on processing, fair pay in merchant communities is a driving force behind third-wave coffee. According to Justin, co-ops in African and South American coffee merchant communities are excited about forward thinking coffee processing. The co-ops ensure that the experimental processors at micro lots are paid fairly by using excess funds from the traditional coffee processors, which in turn incentivizes experimentation. This kind of practice attracts coffee roasters like Justin because it ensures quality work from every stage of a coffee bean’s life.

“And as a result, I get this really superb Kenyan coffee that has notes of tomato, and a tingle on the back of the tongue and passionfruit,” Justin said. This directly influences the industry’s “third wave,” which has been recently focused on “single-origin” coffee as opposed to blends. It’s a movement to understand the flavor and to perfect new techniques.

“Nobody wants to say ‘this is a house blend of coffee’,” Justin said. “What’s in that house blend? This is espresso. What kind of espresso? Is it single-origin espresso or is it a blend? What is your blend? How is it processed? In the world of coffee, these questions really matter.”

Header Image: Justin Duckworth adjusts the air pressure on the roaster as a part of the roasting process (Maxwell Newsom, 14 East Magazine)