Chicago’s Own Help the Homeles..

In ‘The Big Short,’ Capitalism is a Lit Fuse 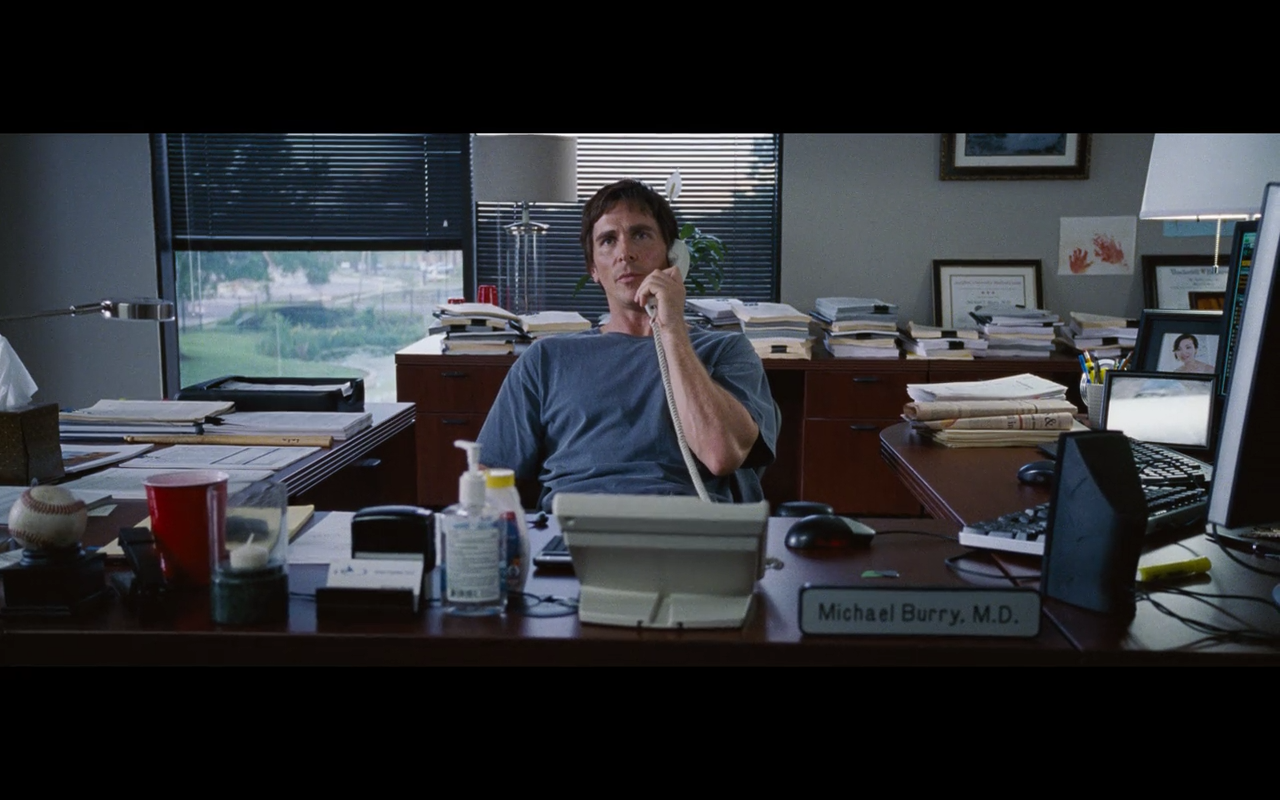 I don’t know what it means, but this is the last Netflix Club to be published under an Obama administration, and in this case, if no other, it feels relevant. In the past two months, much has been said about “draining the swamp”—or at least enough that I don’t have to expound upon its meaning here. While “swamp” is a diabolically flexible term, watching The Big Short reminds me exactly what kind of swamp-dwellers the rhetoric is singling out for draining.

The Big Short is a massive movie not necessarily for its length, but its ambition. It relies heavily on the fact that you know what’s coming—the Titanic sinks, Hamilton gets shot, and the titular “big short” pays off upon the United States’ economic collapse in 2008. So within this context, the narrative is free to explore the morality tale behind this avoidable, albeit probable, national crisis. It is, at its heart, an underdog story, but one founded upon contradiction. The scrappy heroes in The Big Short are hedging, toeing a line. They’re betting on the chance that the housing market, a once “rock-solid” option, will collapse. Where the story finds its drama is in the struggle between a desire to see that bet pay off and dread over the resulting financial ruin of millions of Americans. Every step closer to their bet becoming a sure thing chips away at their faith in the human dimension of capitalism. 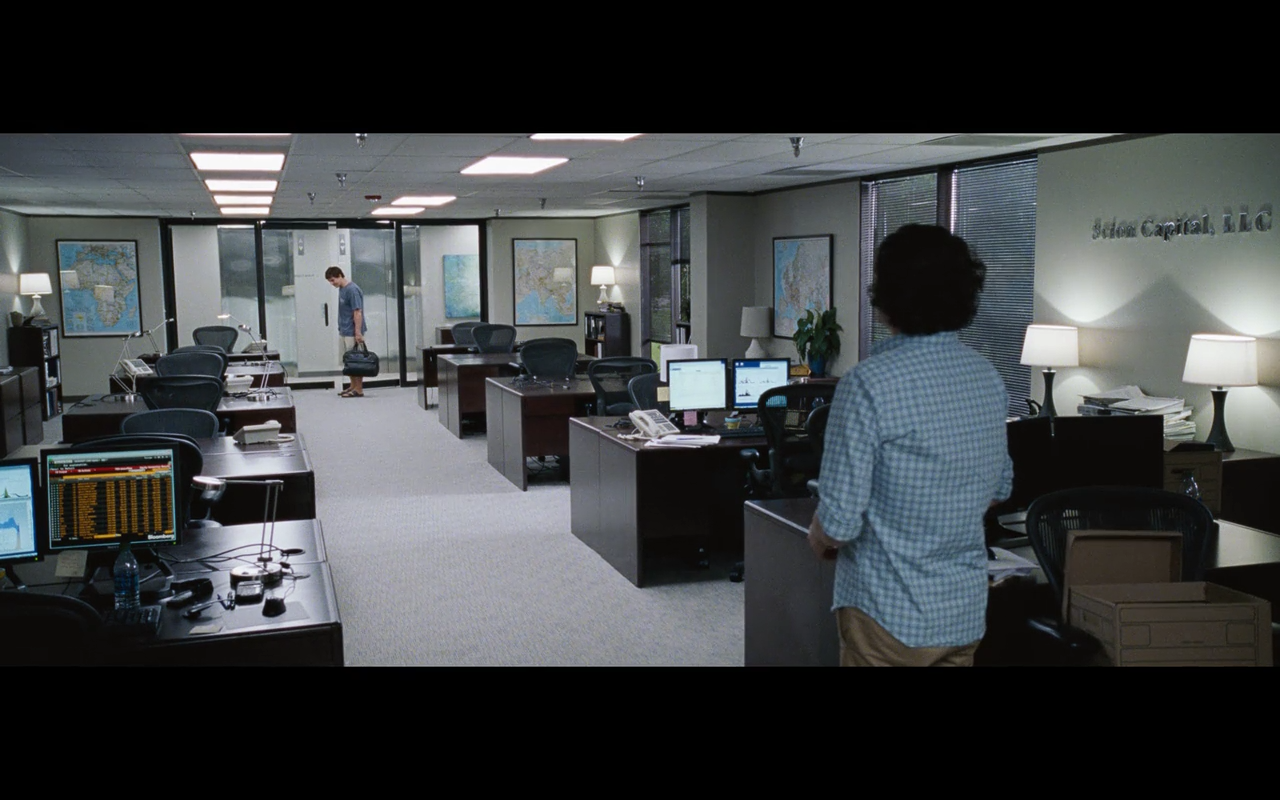 As an underdog story, The Big Short works with as much energy as its characters. It is fast and it is detailed and, consequently, it is messy. Scenes of pure exposition, distracting cutaway scenes, characters who are never satisfyingly realized and a farcically frenetic pace somehow amount to a charmingly rough, wildly entertaining movie. Much of this scruffy appeal is owed to its obvious successes—gaudy performances, a sharp wit, smart editing—the real engine of this piece is the anger that fuels it all, the righteous indignation that emanates from the sizzling hot pacing and the writing itself. Where many filmmakers would have collapsed under the weight of the subject matter, Adam McKay (formerly of Will Ferrell fame with Talladega Nights, Step Brothers, and more) spins a screwball comedy that never forgets the greed and cynicism underpinning its true story.

The film reconciles its contradicting themes of cynicism versus optimism, savvy versus naïveté, in the form of Mark Baum, Steve Carell’s businessman of loud voice and louder principles. Where Baum diverges from those soulless investors he encounters in his incessant need to justify his optimism in the system, his desperate bid to find a heart in his industry. At once, Baum is both wiser than these conniving businessmen, focusing on the inevitability of their actions’ consequences, and more naïve than them, doomed by his hope for some missed detail. From the real estate agents who deliberately target confused immigrants to the bond manager who gleefully explains the perplexing structure for his investment scheme, Baum’s slog through the system exposes an ethical deniability that distinguishes him from the takers. He starts the film just wanting to know if this bet he’s taking is correct; by the end, he is trying to figure out if anybody in his industry actually cares about how their financial gambles play out. That the nature of his work behooves him to financially double down as his optimism dissipates is a tragically perfect metaphor for our faith in capitalism. Carell is the perfect manifestation of this incredulity–he lends Baum the naïveté that has defined his signature roles, from Michael Scott to Brick Tamland, while capturing the no-nonsense straight talk that makes Baum a credible figure within his industry. 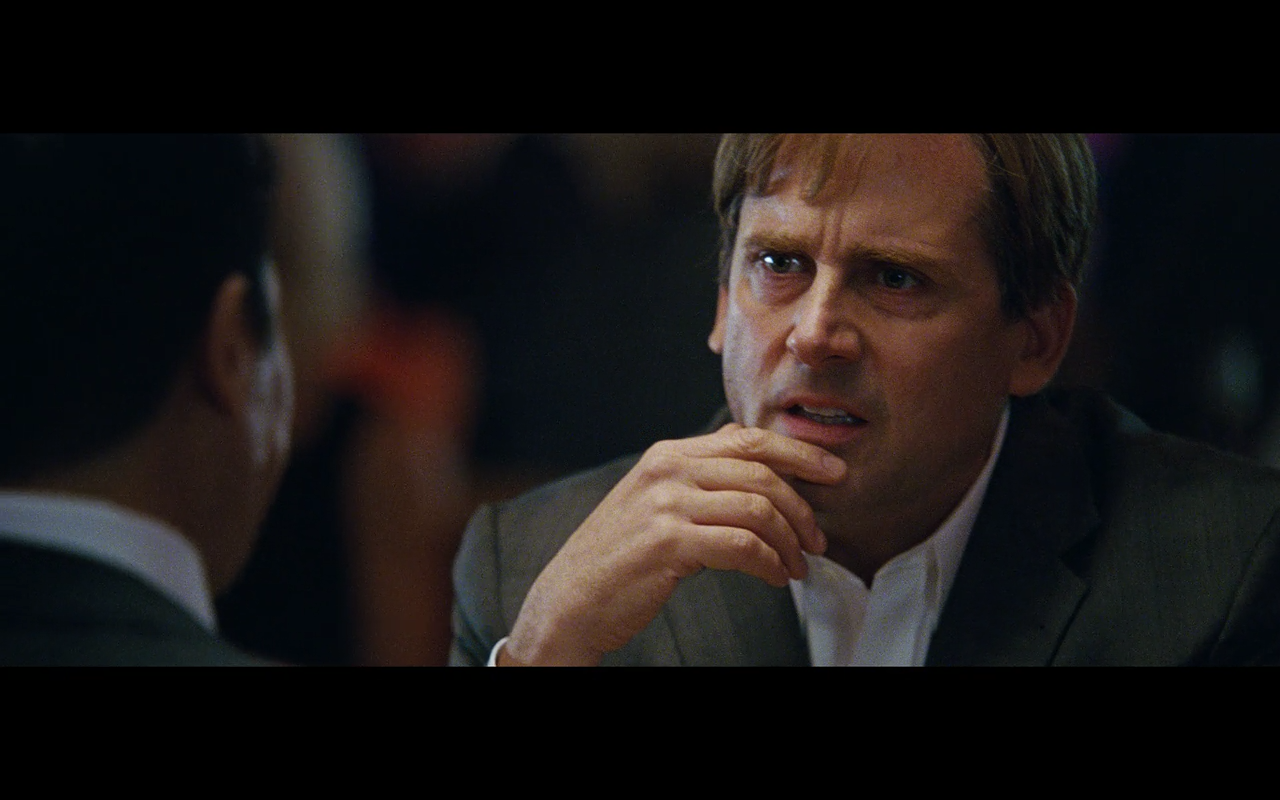 And while dramas are typically founded upon the complexity of their characters, McKay adopts a comedic shorthand to defining his characters, using a line or a detail to identify where these characters find their morality. We flashback to when eccentric investor Michael Burry (a sublime Christian Bale), the first to bet on the collapse, lost his eye as a young boy; the resulting social isolation has lent him the detached, matter-of-fact approach we see in his work. We see young investment partners Charlie and Jamie origins in a suburban garage and immediately understand their eagerness to play the system. Their naïveté manifests in one of the film’s strongest scenes, when Brad Pitt’s jaded businessman interrupts their celebration:

Stop… You have any idea what you just did? You just bet against the American economy. Which means, if we’re right, people lose homes. People lose jobs. People lose retirement savings. People lose pensions. You know what I hate about f***ing banking? It reduces people to numbers.

In a political climate where “Wall Street” is an effectively pejorative term, The Big Short gives insight to the different moral compasses and motivations of those who actually occupy those offices (no pun intended). The result is a cast of characters whose unique perspectives put them at an advantage over the greed of their industry. 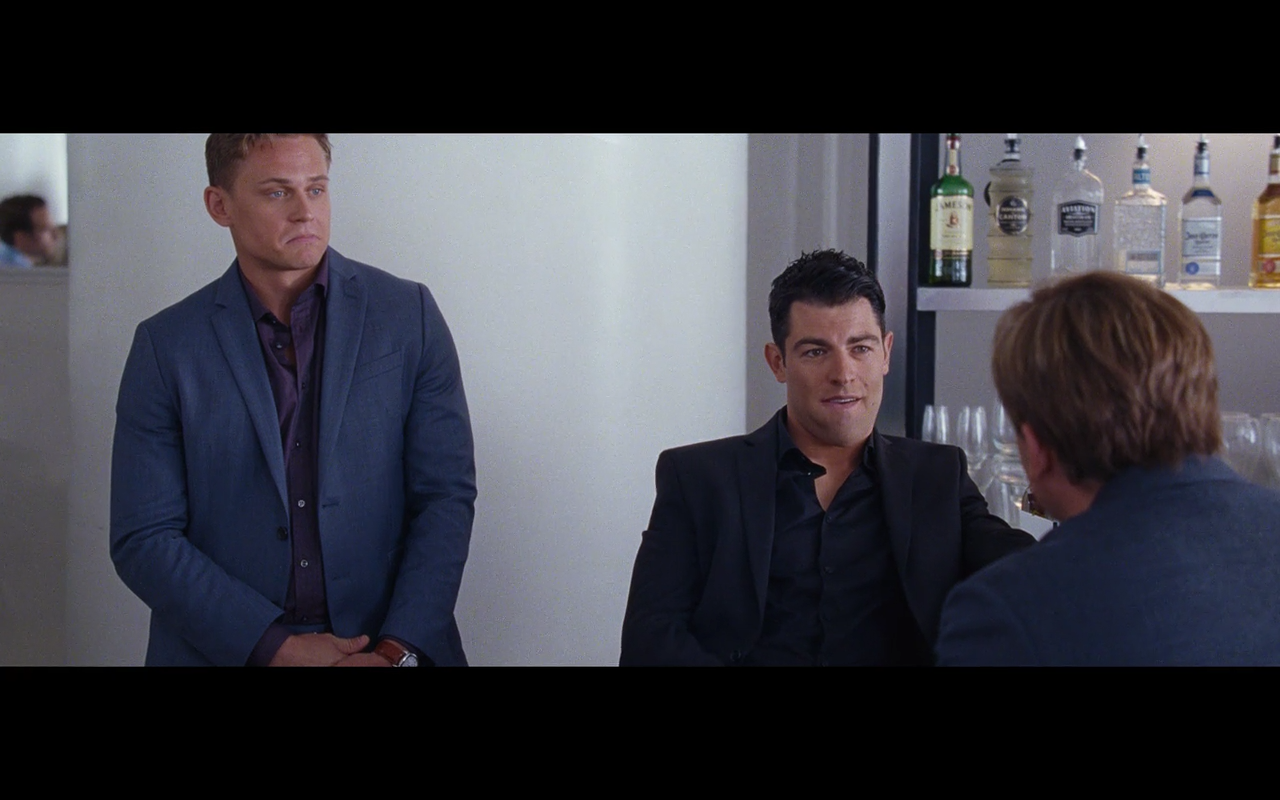 And while The Big Short succeeded upon its release among high-minded critics for its layered commentary on a still-relevant, still-infuriating societal event, it maintains a wink-and-a-nudge knack for the common tongue that makes it almost irresistible at any time (well, at least a year or so out). There are the obvious touches—the colorful cameos by Margot Robbie, Selena Gomez, and Anthony Bourdain—but there is also the sheer brilliance of the tone. Moments of tragedy punctuate a narrative that otherwise rolls on with a self-aware mindlessness, reflecting its faceless antagonists’ negligence—who cares what happens? We’re all getting rich! While comparisons to The Wolf of Wall Street abound—the tenuous ties between Wall Street miscreants and rampant capitalism were inevitable—this is a film with a far more distinctive moral agenda, one that seeks not just to identify, but hold accountable, those who had the power to divert our nation’s course toward economic despair and were more inclined toward personal gain.

The Big Short is a movie for our time. It knows this, as evidenced through some perfectly dated, perfectly self-aware slideshows of relics of the era; but thematically, it has a more unfortunate and pervasive relevance. It is more expansive than any one era of financial or political crisis, more broad in scope than a satire of the national event du jour. When it deliberately distills its characters into one-dimensional, singularly-motivated caricatures, it underscores its theme: that men, allowed to run unchecked, will take a small portion of blame in exchange for a large portion of the riches—no matter the cost. As Americans, we support capitalism because of the ostensible benefits we can reap from it; The Big Short shows us the cost of that optimism.