In 'The Big Short,' Capitalism..

Chicago’s Own Help the Homeless Project

Chicago’s Own Help the Homeless Project 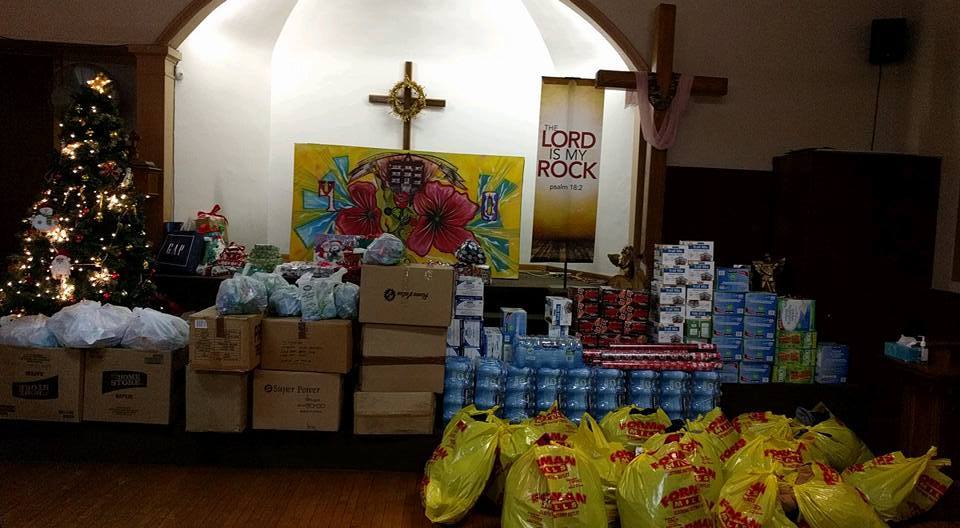 “None of this is for me. I have not kept a cent and it does not matter to me… this is not for me,” Lucas Virella said as he introduced himself to the world in his first YouTube video. The video was posted on December 2013. This would go on to mark the start of a tradition that would carry on to this day.

Lucas, a junior at DePaul University, was born and raised in Chicago. He has taken on the responsibility of caring for those less fortunate than him, creating the “Help the Homeless Project” at the age of 17 to do just that. Each year has the same goal: to change the life of someone that is homeless. It was the the thought of helping someone else that fueled his motivation to start this project at a young age. He went on to say how creating this project would help the less fortunate experience the holidays.

“I know how it feels to feel unwanted and alone, so doing this was in hopes it might help put a smile on someone’s face. What could be small to someone, could be huge to someone else,” Lucas says on his GoFundMe page that has been running for the last three years.

Raised in Humboldt Park, Lucas has taken on the task of caring for others that may have been forgotten about. For each of the projects Lucas created, the goal was to raise a certain amount before Christmas hit. Even though he runs the project by himself, the amount raised has increased each year. In the beginning, Lucas was able to raise $120 on the first project, increasing to $340 the next, and the most recent one – and most successful – Lucas was able to raise $1,170 together.

Working with San Lucas United Church of Christ located on the South Side, Lucas was allowed tables and an area to give away supplies. Lucas has worked with San Lucas Church for the past  years.

All of the money has been raised by advertisement on social media, signs posted around Chicago with help from his coworkers and friends and small donations that add up in the end. However, with each year comes new challenges, especially now that the goals have steadily increased as each one is met. Starting with a goal of $2,000, then raised to $5,000, he ended with a goal of $10,000.

Lucas collects the money and spends everything on supplies such as hand warmers, food, water, clothes, among other essentials. Every penny is put into the project, and everyone who donates is able to see what he does with the money when he uploads video of himself buying what’s needed. It’s what brings credibility and legitimacy to his project.

Lucas and Luis Hernandez, a long time supporter who has been helping buy the clothes and the essentials needed over the years, always return to the same store: Forman Mills. Afterwards, other essentials such as feminine hygiene products, deodorant, toothpaste, and toothbrushes were purchased at stores like Costco.

After everything was purchased, Lucas met with anyone able to help. Meeting at the San Lucas United Church of Christ on December 18 and the 19, a group of six supporters came together to give assistance to Lucas. All of the clothes and essentials were wrapped and bagged, with a total of almost 500 wrapped gifts containing clothing and around 450 baggies containing the essentials.

On December 20, with the help of a donor, Lucas began handing out gifts and baggies to anyone who walked through the doors and needed assistance. Still, even with the amount of people coming through the church’s doors, the gifts and bags still were stacked on top of each other.

That was not enough. Lucas decided to help those that may be too far away from the San Lucas Church. Deciding to travel downtown at near midnight and give away the remaining gifts and baggies, Lucas gathered a group of four supporters to give back to those not able to reach him on the South Side.

“Honestly, it was scary being out so late. But it reminded me that these homeless people need assistance and they appreciate what we gave. Their looks on their faces were something I’ll always remember, full of excitement and thankfulness,” Lucas said.“We went all around downtown, to Wicker Park, and under bridges to hand out everything we had.”

Being Lucas’s first project that has received outside assistance, Lucas has still kept to the project’s original roots. Editing videos of the entire project himself and showing the donors the process of creating this project, Lucas has stayed true to what the donors have grown to support.

“I do everything myself. It’s something I started from scratch and go out of my way to do,” Lucas said when asked what makes his project special. “It’s a game of trust and being the leader. Everyone knows and sees what I do with this money. They can trust me unlike other projects or organizations where you do not see what happens.”

Lucas has been able to reach a higher goal every year. His donors come from all over the country.  He has stayed connected with the supporters by informing his followers each step of the way with self-edited videos that were posted on YouTube each year, along with weekly updates on Facebook and GoFundMe.

Some are using this as an opportunity to give money when chances are missed in person. “From past experiences, every time I pass by a homeless person asking for money, I tend to not carry cash,” said Melanie Rodriguez, a sophomore at Cornell College who had just heard about the project. “If you have a project dedicated strictly for the homeless, which Lucas created, it gives everyone a chance to donate money that they would not have the chance to otherwise,”

Still, even after so many years of gaining experiences, Lucas has faced challenges along the way. “I think the biggest challenge is having to prove that my project is different than others. People see my age and do not take me seriously,” Lucas said, “I think once people watch my videos they’ll see my true dedication to helping everyone I can.”

Despite this challenge, Lucas has managed to stay afloat. As the November came to an end, the donations kept coming. Towards the deadline for the 2016 project, the original goal of $5,000 was met in early December. With a few more weeks to spare, Lucas created a new goal of $10,000, reaching a total of $6,120 as the project concluded with the holidays around the corner.

“Lucas is being 100 percent sincere and truthful with the funds he has raised. His project, as a whole, keeps everyone updated,” Javier Reyes, a recent donor who contributed $70 this past week said. “From reaching the goal via GoFundMe, to going out and buying the stuff in the goodie bag, he makes videos of it all. He keeps everyone in the loop of how much good their donated money is actually doing.”

Unfortunately, Chicago’s homeless population continue to see growth. Seeing Chicago continue to become worse, Lucas has said that this is one of the motives pushing him to give back to the city that raised him.

As stated by the Chicago Homeless Organization’s research, an estimate of 125,848 Chicagoans were homeless during the year 2014-2015. This included people who lived in other’s homes for shelter, resulting in overcrowding and unhealthy living conditions.

“I personally feel that Lucas’s projects is the way to counter the growing ‘epidemic’ that Chicago is seeing when it comes to homeless people,” Jorge Merlos said, a junior at DePaul University, who went on to explain of why Lucas’s project is important: “I do not see anyone else giving up their personal time to singlehandedly raise that much money. It’s insane how he is doing it all by himself. That’s what we need.”

As the 2016 project concluded with expectations being met in every form of the word, Lucas is poised to continue on with his work within the city. He plans to use his newly found support to kickstart his 2017 project a year in advance. In addition,  he has pitched the project to the likes of Chance the Rapper, Serj Tankian, lead singer of System of a Down and singer Jason Mraz.

“Do it out the generosity of your heart, whether it be $5 to $100 as some have done, or a share. Express how you feel about the homeless and what could you do. Just don’t forget the happy thoughts and love,” Lucas said.

Lucas was sitting roughly around $1,500 at one point in early November. However, with help from local news station WGN and Univision, Lucas was able to broadcast his story to the world. With each goal met, from the original goal of $2,000 to the unexpected goal of $5,000, and ending the project at $6,120, Lucas has not been overlooked in the city of Chicago. His interviews have reached thousands of views, grabbing the attention of American Red Cross in the process.

Lucas has received a nomination for the American Red Cross’s “Hero in the Community” award. Nominated along with 200 other “heroes,” only 11 will be chosen to be given the award. The Red Cross’s letter began: “Our community is fortunate to have so many wonderful individuals, like you, who work tirelessly to make North Illinois a better, safer place to live.” With three years of constant work, from a mere $100 to a total of over $6,000 now, Lucas is expected to be one of the 11 that make it to the Award Ceremony.

*An earlier version of this story mistakenly reported that Melanie Rodriguez was a sophomore at Knox College. It has since been corrected to Cornell College.