Tereasa Surratt and the Art of Stumbling into Thin...

The Sanctity of Self-Care

Tereasa Surratt and the Art of Stumbling into Things

Tereasa Surratt is a jack-of-all-trades: creative advertising director, author, designer, curator, entrepreneur, innkeeper and mother. Her work, ideas, creations and self have been featured on countless platforms like Advertising Age, Time Out, Time.com, the Chicago Tribune, NPR, Huffington Post, Travel and Leisure, The Independent and The Guardian, just to name a few.

It’s hard to find a group of people that has more talent than Surratt. Her creativity is evident through her robust career and many awards and recognitions, and the hour interview was an almost religious experience for a graphic designer like myself who considers Surratt as “one of the greats.”

Cool concrete floor stretches throughout the entirety of this incredible architectural home, but each room and object exudes warmth. All furnishings look intentional but collected: a taxidermy zebra in the corner of the sitting room, a dining room table lined with transparent chairs and capped off with high-back, wood chairs with velvet upholstery, a collection of chests stacked as tall as Surratt herself. Even the garage that holds some of her favorite vintage cars and motorcycles is decorated perfectly with a gallery of oil paint portraits.

While every room in the house has been decorated with care and appears to be the result of a designer’s taste and budget, Surratt points out additions from IKEA, garage sales, hand-me-downs and antique stores. She told me an important reminder, however: “It doesn’t matter if you buy brand-named things, it just matters what you like and what you surround yourself with.” When passing through the living room, she added that the zebra was bequeathed to her after a shoot for work. “It just showed up one day,” she laughed. After my time chatting with Surratt and exploring her abode while sipping espresso, I can safely say that it is a direct reflection of the one who owns it.

Surratt has been at Ogilvy & Mather’s Chicago office, one of the most successful advertising firms, for about 17 years and has been traveling internationally while working with brands like Dove, Glade and Mrs. Meyer’s, so it is hard to believe that she had a very humble beginning. 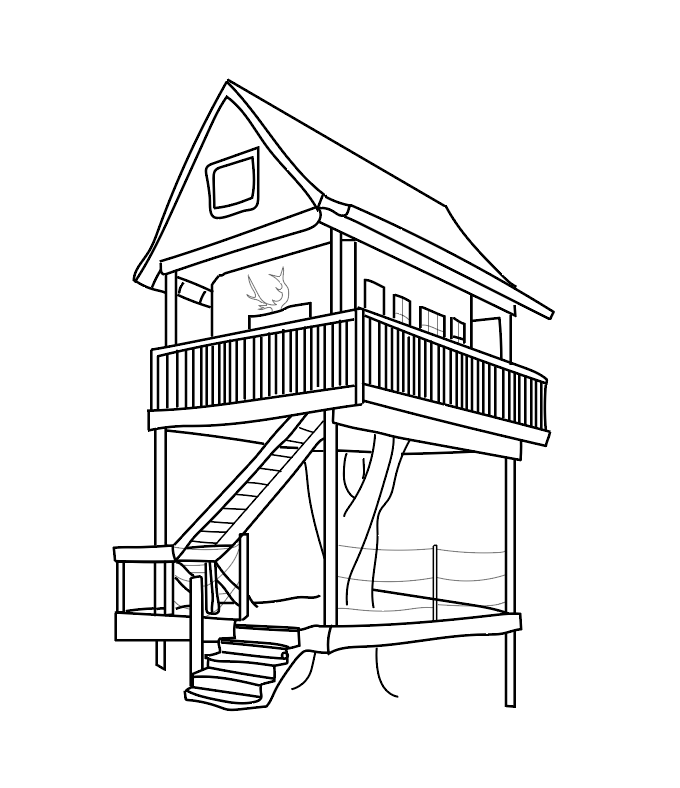 She called a farm outside a southern Illinois town of 4,000 home for most of her early life and she only left to attend school in another small southern Illinois town. Surratt recalls that her town wasn’t at all diverse and the only restaurants she remembers eating at before the age of 14 were KFC and Pizza Hut.

Her small town roots and strong work ethic didn’t hinder her interest in design, and she studied at Southern Illinois University while working at the university design shop and as a sign painter trying to put herself through school.

“There’s a Midwestern work ethic that I just assumed no matter where I was that everyone around me was smarter than me, or everyone went to a better school in a cosmopolitan area and had better taste and all these things that I found later on in life weren’t true,” Surratt said.” But I think it was a gift because it made me work harder.”

Upon graduating early, Surratt worked at a marketing firm in southern Illinois; however, she quickly realized that there was more in the world that she had not yet discovered.

“I was lost. I was a Marketing Director, and I thought it was creative, but it really wasn’t. I really wanted to get out,” Surratt said.

Even though she had just bought and restored a historic house at the age of 22, she put it up for sale, broke up with her boyfriend of seven years and moved up to the Chicago suburbs.

“I was working my way into the city because I was a farm girl. It was a big, scary thing,” Surratt said.

The suburb life was even too small for Surratt, and she finally moved into the city before going back to graduate school.

“I wanted to shoot Super Bowl commercials,” Surratt said about her decision to pursue a graduate degree. “There wasn’t a lot of money in fine arts.”

“I remember thinking, ‘this is easy!’ But they’re hard to get,” Surratt said  “I’ve only done a handful since… I remember stumbling my way into things. You don’t know what you don’t know when you’re a kid.”

thanks, @RUELALA for naming CW ‘The Best 50 venues in the 50 states’ to represent the great state of Wisco! – link on today’s profile line // photo by @anda_marie // #TinyHousesOfWandawega

Surratt’s West Town spot isn’t the only place she calls home. She and her husband, David Hernandez, also own Camp Wandawega, a boutique resort in Elkhorn, Wisconsin, just 45 miles west of Kenosha. With 34.7K Instagram followers, Camp Wandawega has enchanted people with its photogenic landscape, thoughtfully decorated interior and exclusivity brought about by limited lodging option. You may recognize the camp for its features in publications such as Design Sponge, Martha Stewart Living, Sweet Paul and Parents Magazine or unique Wes Anderson-esque aesthetic. Picture “Moonrise Kingdom”:  humble, yet picturesque with its tawny color palette, kitschy camping memorabilia and pennant flags hung on the walls of friendly cabins, plaid flannel blankets rolled up on beds inside an a-frame tent and sun streaming in through lace curtains of a treehouse that is an absolute dream for every young-at-heart adult.

Even though it has captured the attention and time of so many admirers, Surratt jokes about the D.I.Y. quality of it all.

“We have this things called ‘The Manifesto of Low Expectations,’” Surratt said. “Everyone who books us has to sign it. We say that we’re an eighth of a star on a five-star scale, and you’re going to hate it here for 20 reasons.”

She recalls the first time Hernandez brought her to the grounds that would become Wandawega as a “crack den.” After having their wedding at the abandoned camp that Hernandez grew up going to, the couple purchased the grounds in 2003, and Camp Wandawega started to come into fruition as a personal retreat for art, band and music camps.

“We never charged anyone anything. We just sort of came together and did these communal things.”

It then turned into a place for corporate retreats once Surratt and Hernandez started entertaining the idea of transforming the campsite into something beautiful.

“I don’t like the word ‘corporate,’” Surratt said. “We ended up doing sort of artistic retreats and we got to pick which brands, and we’ve always attracted — and still do — artistic types of brands.”

While their “corporate” retreats are now sometimes few and far between, they have involved collaborations with brands such as Vine, Instagram, Shinola, Anthropologie, Facebook and Kinfolk. One of the most notable of these brand collaborations is the Camp Wandawega line at Crate & Barrel’s child-centered interior company, Land of Nod. Among these darling kid’s products are a teepee, plush campfire, adventurer kit and even a play model of the Camp’s most recognizable tree house.

Surratt’s efforts at Camp Wandawega has cross-pollinated into her professional career at Ogilvy. Because of the creative collaborations that were happening within the campsite, Surratt began to do creative consulting on the side. This then changed the trajectory of her work at Ogilvy to start working on immersive experiences to reflect specific brand-stories.

“One huge project was a museum that was built in New York,” Surratt said. “I’m under NDA [Non Disclosure Agreement] so I can’t tell you what building it was, but it was a colossal project that was in The New York Times three times in two weeks.”

This inspired her to forego her previously traditional advertising career and pursue sensorial brand experiences. Now, Surratt is the Director of the Department of Experiential at Ogilvy, on top of being a Senior Partner and Creative Director.

“It’s fun… It’s got to be rewarding. You get to my age and you don’t want to waste any more time doing things you don’t love.” 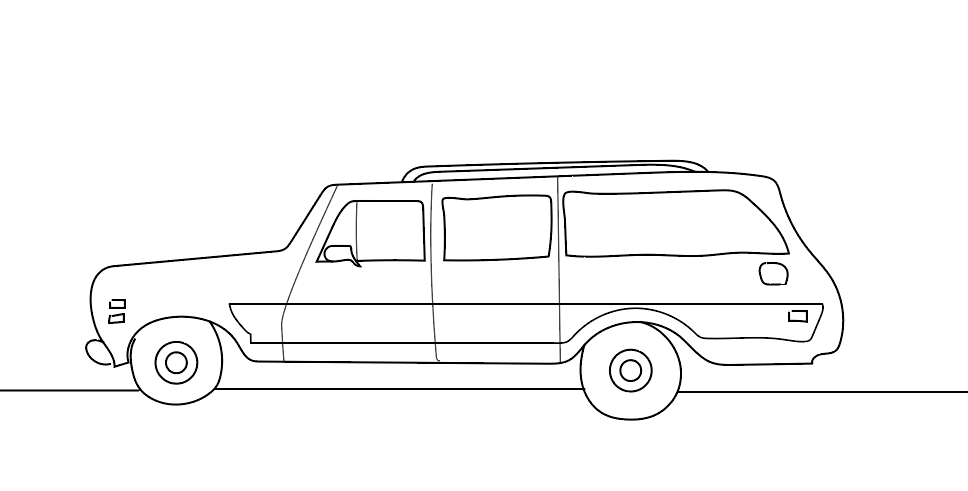 Surratt notes that even if she won the lottery tomorrow, she would still be living in the same house, doing the same work at Camp Wandawega, but maybe would cut back on her work at Ogilvy and travel the world a bit more.

“You know what, [doing what you love] doesn’t matter at my age, it matters all the time. I think when I was younger, I didn’t realize that,” Surratt said. “I was taking it all for granted and wasn’t pursuing what I wanted to do fully, or I would have done this a long time ago.”

Between a career at Ogilvy, running Camp Wandawega and being a devoted mother, Surratt has even written two books and is working on a third, which will be a children’s book. She decided to make it in part for her daughter; however, Surratt was surprised at how difficult it is to create a children’s book due to competition and ultra-specific criteria.

“It takes guts,” Surratt said. “We all have to worry about things like paying the mortgage, but if you can find a career that you love, then it just gets better.”