Wigs and Wit: The Life of a Drag Queen

Tereasa Surratt and the Art of..

Wigs and Wit: The Life of a Drag Queen

As she walked up to the Starbucks on Jackson and Wabash, she could be mistaken for a real-life Barbie Doll. With her eyebrows on point and dark glittery eye shadow, she looks like she just walked off of the stage. It’s the middle of the afternoon, and she looks as glamorous as ever.

You might not recognize her at eye level, since she can usually be found in six-inch heels on a stage at a nightclub  in the Boystown neighborhood of Chicago. Melissa Hespelt, a performance student at the School of the Art Institute of Chicago, becomes much less intimidating as she greets everyone with a warm smile.

Sitting down for a Caramel Macchiato with Hespelt is a glimpse into the inside of the drag community in Chicago. Identifying as queer cisgendered female can be confusing for those unfamiliar with the community.

“Queer is such an umbrella term,” she said. “Because everyone can be so different.”

Hespelt remembered discussing the term “queer” with her mother. She told Hespelt she had only heard it as a negative term, but the culture  is changing and terms have started gaining new meanings. Drag can be followed back to the days of Vaudeville. While many may think that it is simply a man in a dress, drag is about questioning the norms society suggests everyone follow. 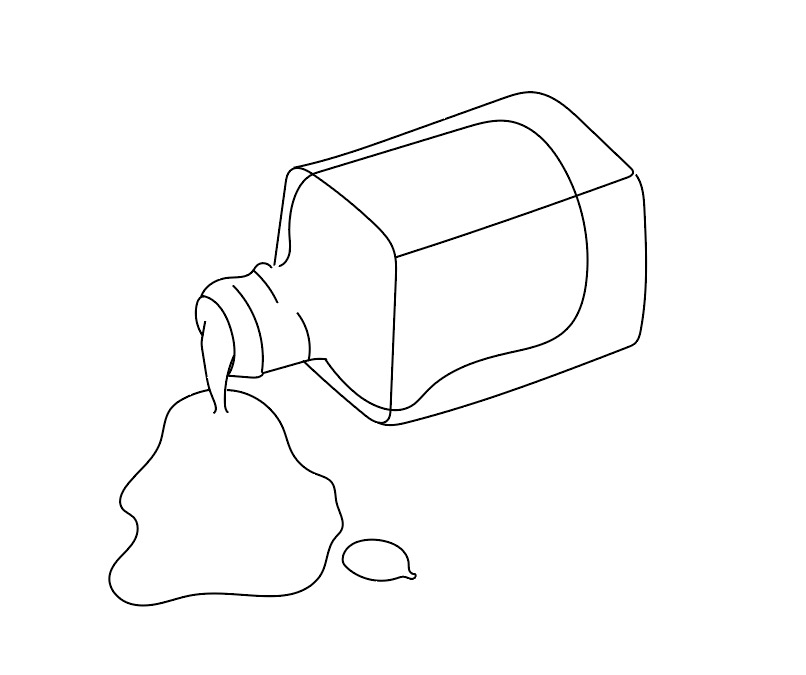 As well as being a performance artist, Hespelt takes her talents to the stage as a drag queen. No, she does not dress as a man because she is a female. Generally when drag is portrayed in mainstream media, the stereotype is a man in a dress.

What most may not know, that drag can take as many forms as Hespelt does. Some of her many forms include human Barbie, as well as a Trump supporter. Her characters fall under the femme spectrum and are mainly female. Hespelt spent a long time thinking that there wasn’t a place for what she was doing, and didn’t think it could be considered drag. 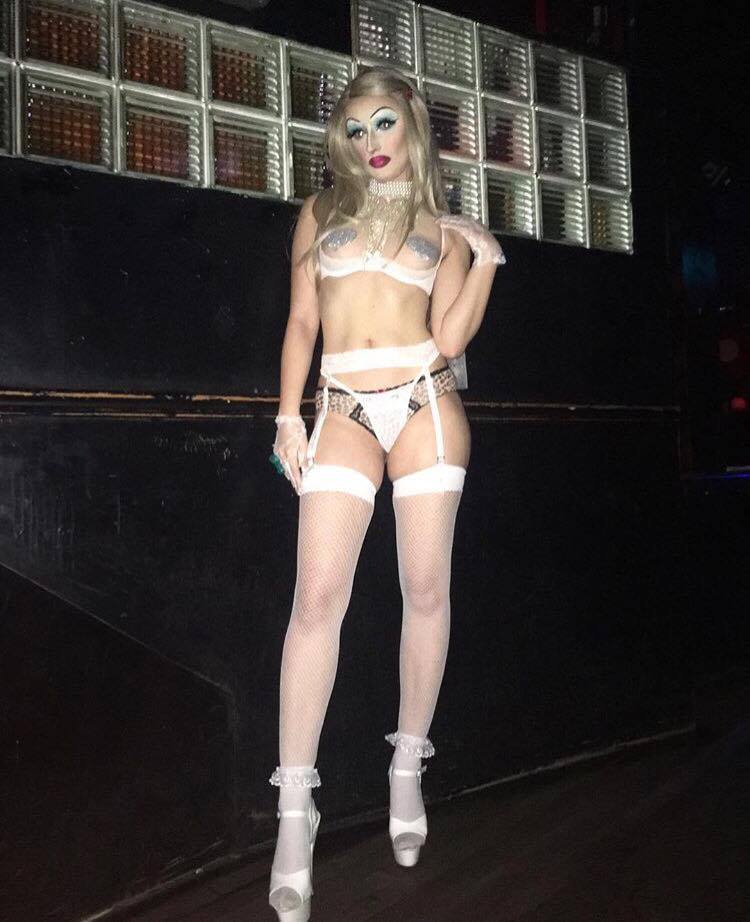 Hespelt at a Drag Show at Berlin.

“I used to think that what I was doing wasn’t drag,” she said. “I think the one thing that changed my mind about that was a Vice video of three cis women doing drag. That video alone made me realize I could do that. Obviously in hindsight I’m like, duh, people were already doing that.”

June 26 became an important day for Hespelt. Not only is it her birthday, and the anniversary of  the Supreme Court ruling that declared same-sex marriage legal — the day  marks the first time Hespelt stepped out into the world as in drag.

“It’s awesome because there’s always a party that day,” she said. “There will always be a way for me to celebrate.”

Hespelt went out on the town that night in full drag, but did not do an actual performance until a bit later at the SAIC drag show. Hespelt has been doing drag for a little over a year now. When asked about her performance training through school, Hespelt feels that the performance world at school and her drag life are separate entities. However, she wishes to mesh the two someday. 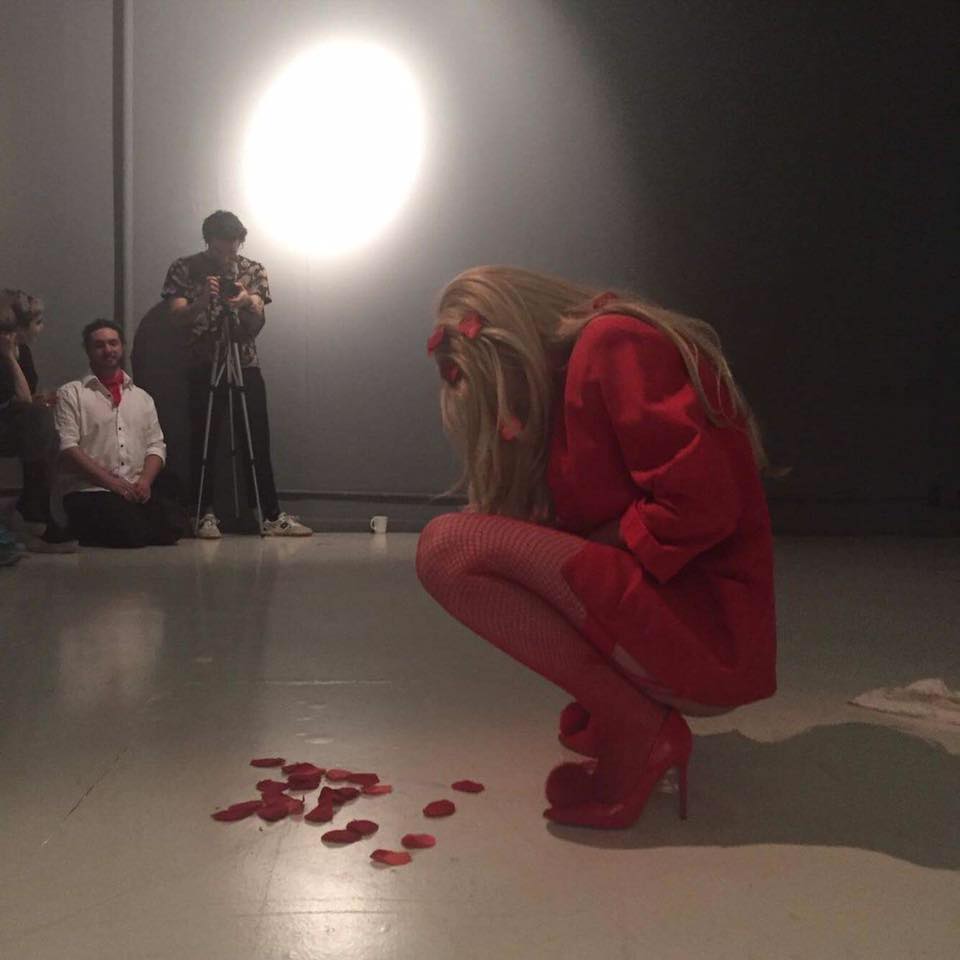 Christopher Gambino, a friend from SAIC, admires the work Hespelt is doing.

“I was drawn to her because her work was so much more accessible, yet simultaneously complex, than any performance art I had experienced at that point,” Gambino said. “Even just being friends with her on a personal level has changed the way I view art-making.”

Hespelt appears to inspire all of those around her. Hosting an event, she was a glittering magnet emanating positive energy into the room. Another friend, Jonathan Leib, will never forget meeting her. 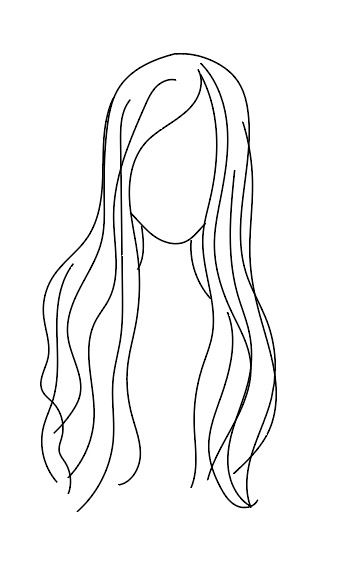 “I first met Melissa at my own birthday party,” he said. “She came in a full on look[drag] and looked better than I did at my own damn party!”

Being a full-time student at SAIC without a job, drag can be an almost impossible hobby, but Hespelt makes it work.

“Drag is an expensive hobby,” she said. “It’s a lot of money to have fun for sure.”

From wigs to fake eyelashes, Hespelt has a different ensemble for each performance, but she finds an interesting way to do it on a budget. While she finds many of her accessories at thrift stores, her most interesting way around the financial burden of costumes is the costume choice itself.

“For me, I usually just wear underwear, but I do buy nice underwear,” she laughed. “I want to be naked, that’s my thing.”

Not spending money on the outfit, Hespelt can focus on things like shoes, which she has 30 pairs of so far, which she still thinks isn’t enough.

“When you’re a drag queen and you like things, there’s never enough, and you want more,” she said.

While the drag world can seem like an odd place for a cis woman, Hespelt describes the community that surrounds Berlin Nightclub, where she mainly performs, as very supportive.

This year on Ru Paul’s Drag Race, which is on its ninth season, there will be a transgender queen competing. While the community has always been accepting of queens of all shapes, sizes, and genders, drag isn’t touched on in pop culture as much as she would like to see. 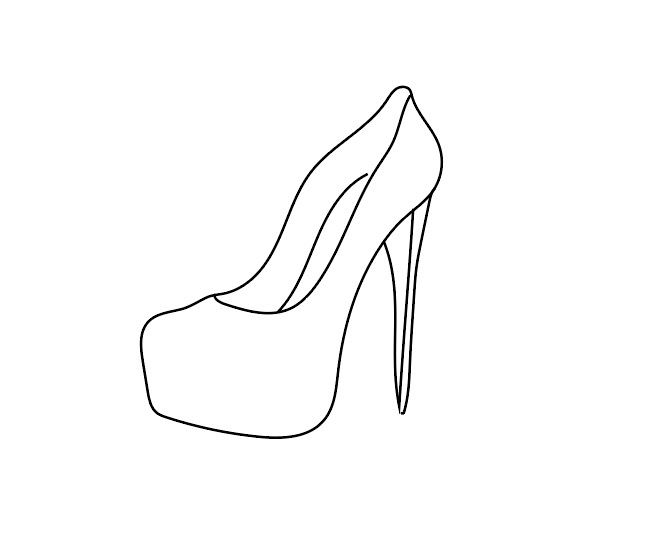 Hespelt has faith that this step will help others like herself realize that the drag community isn’t just “men in dresses.”

As the interview came to a close, Hespelt mentioned she needed to get her nails done. Just another thing to maintain for her drag queen lifestyle. Hespelt hopes that other people can understand what the drag community is about.

“It’s all about community and supporting each other. There are so many conversations happening about gender right now and you don’t see that in mainstream culture which is really unfortunate.”