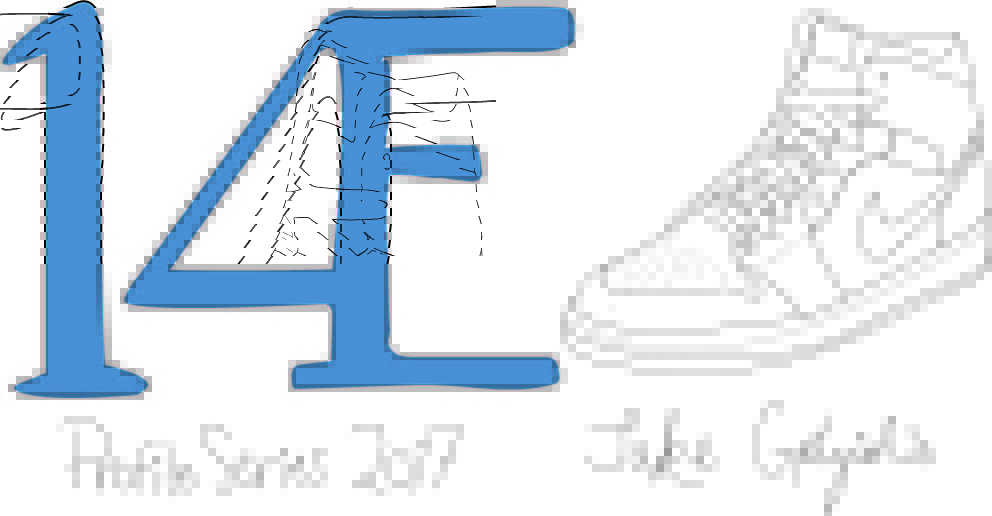 It’s hard to miss Jake. He’s always the tallest in class – 6 feet 6 inches with a slow walk and short brown hair. Today, his eyes are sunken with bags and a faint bruise sits underneath the right eye – caught an elbow during practice, he mentions nonchalantly. It’s late afternoon and he has just gotten out of his 1:30 p.m. advanced marketing class, but has been up since about 8 a.m. He didn’t go to sleep until after 2 a.m. Actually, he didn’t arrive in Chicago until after 2 a.m., returning on a charter flight from Providence, R.I., following a basketball game against Providence College the night before.

But Jake attends every game. Every practice. He’s there to set up before, he’s there to clean up after. Wash the uniforms, take stats, grab breakfast and set up the gym for practice. Jake Gatziolis is a student manager, dedicating almost 40 hours a week to the sport that’s shaped his life.

As a student manager he’s the underdog in the background, always courtside but never in the game. For Jake, though, it’s the energy surrounding the game rather than the limelight.

Jake has been playing basketball since he was 5 years old, when he started playing in park district leagues. His first pair of basketball shoes were a pair of Shaquille O’Neal hightops, though he would never part with his Nikes now. He tried other sports  — football and volleyball, but nothing was quite like basketball.

The sport was a family affair, from pick-up games in the driveway to having his father coach his middle school team. He played all four years at Elk Grove High School, a suburb northeast of Chicago, and worked to become a starting varsity player his junior and senior years, alternating positions between center and power forward. 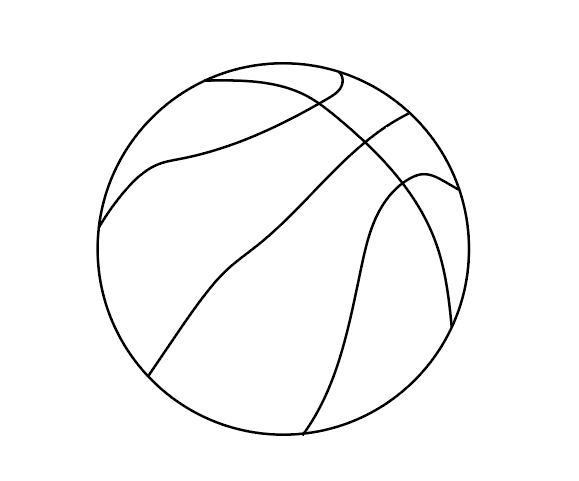 College was a different ball game. Jake chose to study marketing at DePaul, an NCAA Division 1 school for basketball. He felt his skills couldn’t compete at the level, but he couldn’t give up the game. His father mentioned that the team was scouting for student managers for the upcoming season. Jake decided to apply. On a mid-July afternoon, he and his father drove to DePaul’s athletic center for an interview. It was one of Jake’s first visits to the campus.

According to Jake, his “playing knowledge of the game” and “willingness to put in the work,” helped land him the position, which included an $8,000 scholarship and a six day-a-week commitment, not including travel for games, extra strength trainings or impromptu shoot-arounds. The commitment also meant four more years of basketball involvement and experience with professional coaches and staff. He accepted, and has now been a student manager all four years of his college career.

A typical day for Jake starts at 6 a.m. He’ll take the brown line to DePaul’s Lincoln Park campus for basketball practice. Before stepping into the gym, he’ll buy breakfast for the team, picking up bagels or breakfast sandwiches. Then, arriving to the gym between 6:30 or 7, practice set up begins  – fill Gatorade and water, grab basketballs, set up the racks, make sure practice jerseys are clean and placed in designated lockers and, if needed, set up film roles for upcoming or previous games. All before 8 a.m. During practice, Jake alternates between ballboy, water runner or jumping in as an extra man on drills. Once practice is over, he’ll collect uniforms, put practice equipment away and maybe meet with the coaches to draw up plays.

But wait, don’t forget about school. Jake is still a full-time student, shuffling from practice to DePaul’s Loop campus for business classes. Jake is a marketing major, graduating in June 2017. Taking the next big step, Jake plans to continue focusing on basketball, but specifically shoes.

Jake describes shoe brands “like a cult.” He could never part with his Nikes, rotating different pairs for different wear (old Jordans for outdoor games, black Nikes for indoor, mesh in the summer but never when it’s raining). His favorite Nike products include original Air Jordan Ones or the retro Jordan 4 design. He would ultimately like to combine his experience with basketball and business to work in sports marketing as an employee for Nike, helping to develop and sell new shoe brands. 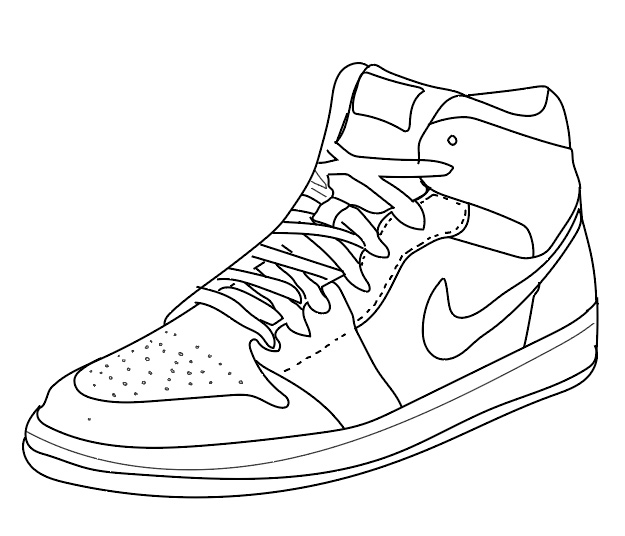 “I always liked looking at the new shoes and liked the concept of marketing, of working with people,” Jake says. “With sports marketing I could do promotional work to help bring in fans or help endorse new products.”

A coaching position is still on the table, whether it be a high school or collegiate team. A student manager position also allows Jake to interact with some of the industry’s top coaches and players. He’s not just on the bench, but is literally bumping elbows with the players. Explains the bruised eye.

“The fans, the electricity, it’s addicting,” Jake says. “Really any basketball in person is fun, even if I’m just experiencing it on the sidelines.”

Since Jake works mostly with post players, or the “big guys” closest to the baseline as he says, he spends practice as an extra hand for assistant coach Patrick Sellers, who played in the British Basketball League and coached fellow Big East teams like Creighton University. Jake describes their relationship as a mentor-student type, but Sellers likes to view it as big-brother advice.

“Between practice he’ll come to the office and we’ll go over work, but also just laugh and joke,” Sellers says. “The team is like a family.”

The two talk basketball  — whether concerning practice, the Big East or NBA – but also about life, graduation and the future. Jake reminds Sellers of a former student manager, Adam Glessner, who now works for the Detroit Pistons.

“A phrase we use a lot is ‘nothing great is ever achieved without enthusiasm,’” Sellers says. “Jake encompasses that. With basketball, you need high energy and Jake brings that. He’s what great programs have.” 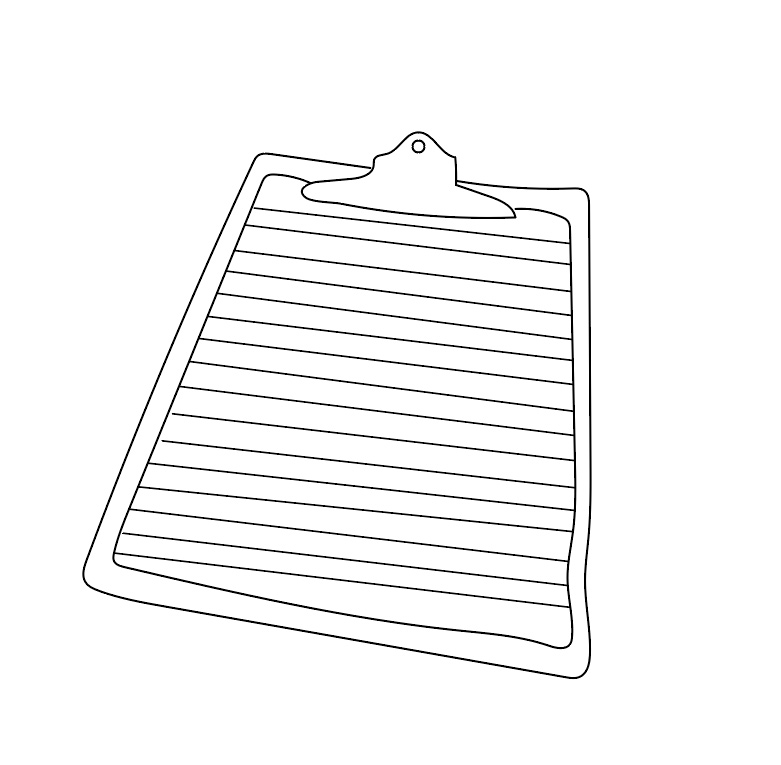 On Monday March 6, the team boarded a plane yet again, this time for New York City. The Big East Conference tournament began on Wednesday, March 8, and determined which teams advanced to the NCAA finals.

It is Jake’s second time attending the tournament, having also traveled with the team last year. Games and practices are held at Madison Square Garden, which Jake refers to as “the mecca for basketball.” The arena houses both the New York Knicks and 35 years of Big East tournaments. He could feel the energy surrounding the upcoming tournament and the excitement of being where some of the greats stood.

The night before the official tournament commences, the student managers of each Big East team compete in their own mock-tournament.

“The game before the game,” Jake says.

Sponsored by Jordan Brand, the mini-tournament is held at the Terminal 23 court located across the street from Madison Square Garden (used by the likes of New York Knicks forward Carmelo Anthony). Each school gets the opportunity to play in new uniforms and new shoes. Jake plays in custom Air Jordan 31s, appropriately colored red, white and blue (for DePaul, of course).

The tournament is as much marketing as it is competition. Different brands promote their products hoping to secure business with different schools or make an impression on tournament attendees.

“You get to see how real companies interact with the schools,” Jake says. “There are different tiers for schools based on brand or the team’s reputation and it’s cool seeing all the different styles they bring.”

Playing Xavier again in the first round of the Big East tournament, DePaul’s 2016-17 season ended early with a first round loss, ending the season with an overall 9-23 record. The team packed up the same night and headed home, greeted by winter quarter finals. Yet, Jake’s mind was still on basketball. With his final season over, there was finally time to breathe. But the new downtime was unsettling. He spent the weekend watching the finals of the Big East tournament, flipping between other NCAA games. He was there. What could they have done to still be there?

After a much-needed spring break comes off-season workouts and preparation for a better upcoming season. For Jake, it’s time to focus on life after school. He’s considering graduate school and working as a graduate assistant for another collegiate team.

I talk with Jake after University of North Carolina won the NCAA Championship game. He says his bracket was awful but recalls the feeling of the final buzzer, bringing the season to a close. It all went by too quickly.