Failing to Learn a Language in.. 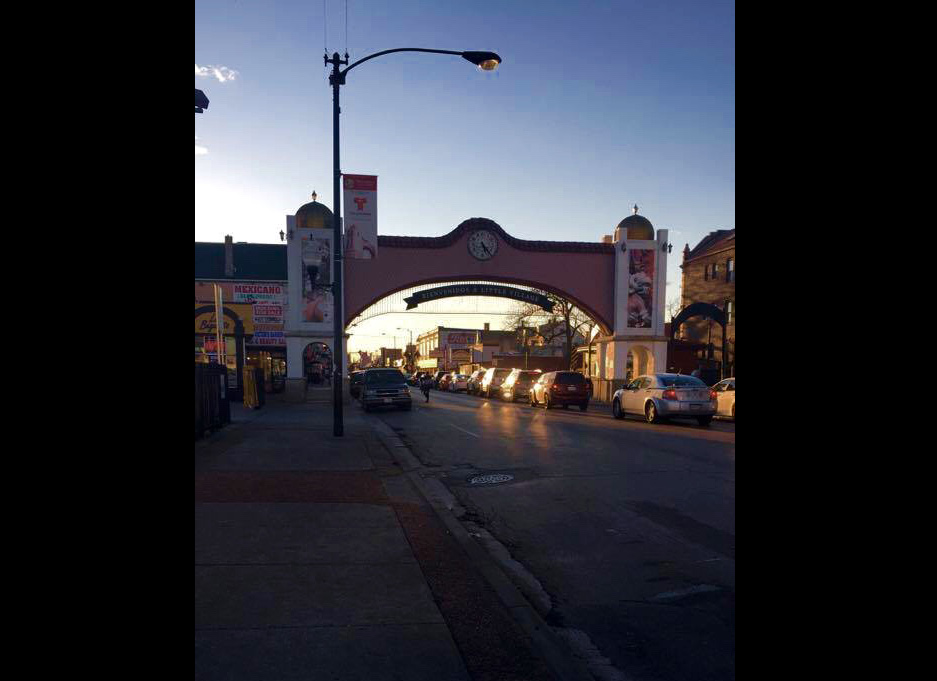 Hope for a Better Life

For the Hispanic families that reside in Little Village, this is just a glimpse of their thoughts when completing normal tasks. The fear of deportation is crippling for the community regarded as “Mexico of the Midwest.”

For Little Village resident Juan Gomez, the thought of deportation affecting his family runs through the back of his mind endlessly. His parents migrated to California in 1992 after his father heard about opportunities of better work and better pay than what was offered in Guanajuato, Mexico. After Juan was born in 1995, the family would later move to the Little Village area in 1997 in hopes of settling down.

“We came to Little Village after hearing of better opportunities from my uncle,” Gomez said. “We heard of a Hispanic community here that spoke Spanish, which was ideal for my parents at the time.”

Little Village has been a sanctuary for those that come from south of the border. Families like the Gomez family took the opportunity to join a community with the same background and spoken language. With hopes of finding a better life within the Chicago community, Little Village was now called home to those that left everything else behind.

Despite being born in the U.S., Juan has encountered new struggles since Trump has taken office. Although residing in the United States since 1992, the Gomez family have yet to see citizenship within the United States. A knock at the Gomez’s family’s door can happen at any time of the day. They can be sent back to the country they have not been a part of in over 25 years.

Juan detailed the fear of being away at Coe College in Cedar Rapids, Iowa, leaving his family to fend for themselves. The thought of coming back and not being welcomed by his parents is always a thought on his mind. He noted that his family believes in him and know he will continue chasing his dreams of becoming a cinematographer. However, for his younger sister  — age 14  — preparations have already been made. If his parents do get sent back to Guanajuanto, Juan’s sister will stay with her godmother in the Chicago area, while Juan will have to fend for himself.

“I will be fine,” Gomez said. “I will just have to take care of myself.”

Families’ Fear of the Unknown

Chicago South Side resident Reyna Sanchez walks in the same shoes as Juan and countless others.  With Trump’s administration’s stance on immigration only becoming stricter, the Sanchez family has become more aware of their surroundings. Caution of the unknown is what keeps the family together after Donald Trump’s election.

The Sanchez family came to the United States on a visa in 2004 from Sonora, Mexico.  At the age of six, Reyna had little to no idea what was happening at the time. Now, she is a so-called “dreamer,” who benefits from the Deferred Action for Childhood Arrivals program, also known as DACA. This program allows for undocumented immigrants who came to the U.S. as children, a chance to stay and renew their immigration status every two years.

Trump’s immigration policies have been a concern for many throughout the United States. During the presidential terms of former President Barack Obama, immigration focused on those who committed serious crimes. However, Trump’s views on immigration go beyond these classifications for deportation. Any crime that can bring conviction can warrant deportation, no matter how minor. This includes entering the United States illegally or overstaying a visa, according to the Department of Homeland Security.

Families that came here legally, however, are still subjected to fear. Throughout the political campaign of current President Trump, many immigrant families reacted with preparation. Families like the Sanchez family planned ahead of time. Who would take care of the family? Who would watch over the children born here, ages ranging from two to ten?

“I came to this country when I was only six years old,” Sanchez said. “I do not remember anything about the country I was born in. This is my home. But to the eyes of others, I am an intruder.”

Families like the Sanchez family are common in the Little Village area. Home to over 20,000 undocumented immigrants, according to the Illinois Coalition for Immigrant and Refugee Rights (ICIRR), there is a family dealing with the same struggles right around the corner.

The immigration policies have not only affected families within the Hispanic community. For local businesses, drops in sales and customers have been evident, according to local business workers.

Despite success in the past for this community —generating over $900 million in revenue in 2001, according to Little Village’s Chamber of Commerce — Little Village has seen a recent drop in business.

Inside the Discount Mall that is located in the heart of Little Village, business is not running smoothly for vendors such as Esmeralda Beltran. Working with her aunt that owns a small store within the Discount Mall, J & M Accessories has seen significantly less customers than what they saw last year. 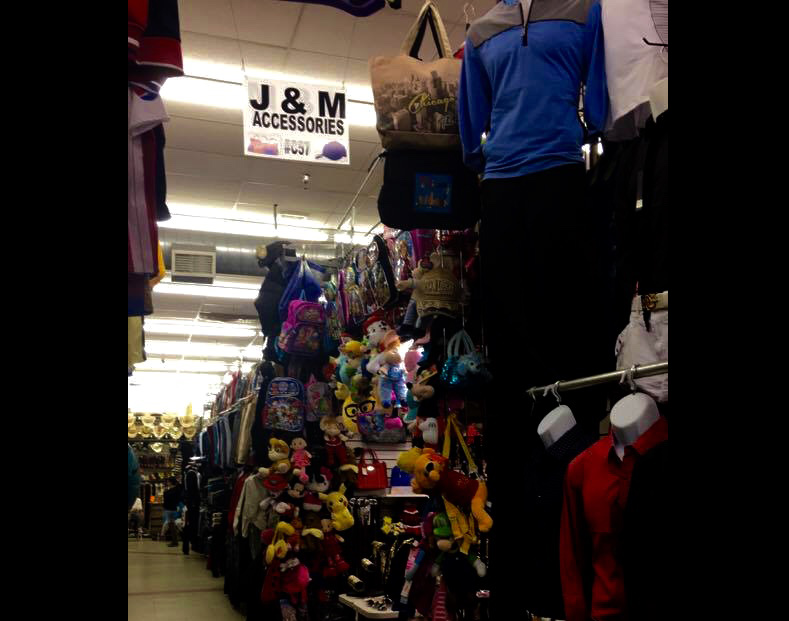 “Business has been horrible. I can work from nine to seven and not see one customer. It is just horrible,”Beltran said.

“I do not know if it is because we are just getting done with winter or because it is early in the year, but we, in general, have seen lack of customers coming inside to shop.”

Businesses similar to J & M Accessories have seen drops of customers, according to business owners and managers. However, the impact does not stop at local stores. It goes beyond necklaces and jewelry.  Restaurants, like that of Taqueria Los Comales, which stands right next to the Little Village’s welcoming gate, have also reported a drop in business.

Bedgrida Rivera, manager of Taqueria Los Comales, spoke of community preparations before President Trump came into office, along with the sense of fear that has plagued the community. Two years in advance, the community’s local businesses would meet to discuss future preparations and solutions with the Chamber of Commerce. In these meetings, concerns were ironed out regarding how the immigration policies could possibly affect businesses. Solutions to the fear of being impacted by the new policies were also created, such as teaching basic rights that others know they do not have. Rivera also spoke on how, recently, restaurant owners and store owners came together to clear any misconceptions or exaggerations regarding immigration.

“People are just afraid of the new president,” Rivera said. “But people are also exaggerating what is actually happening.” 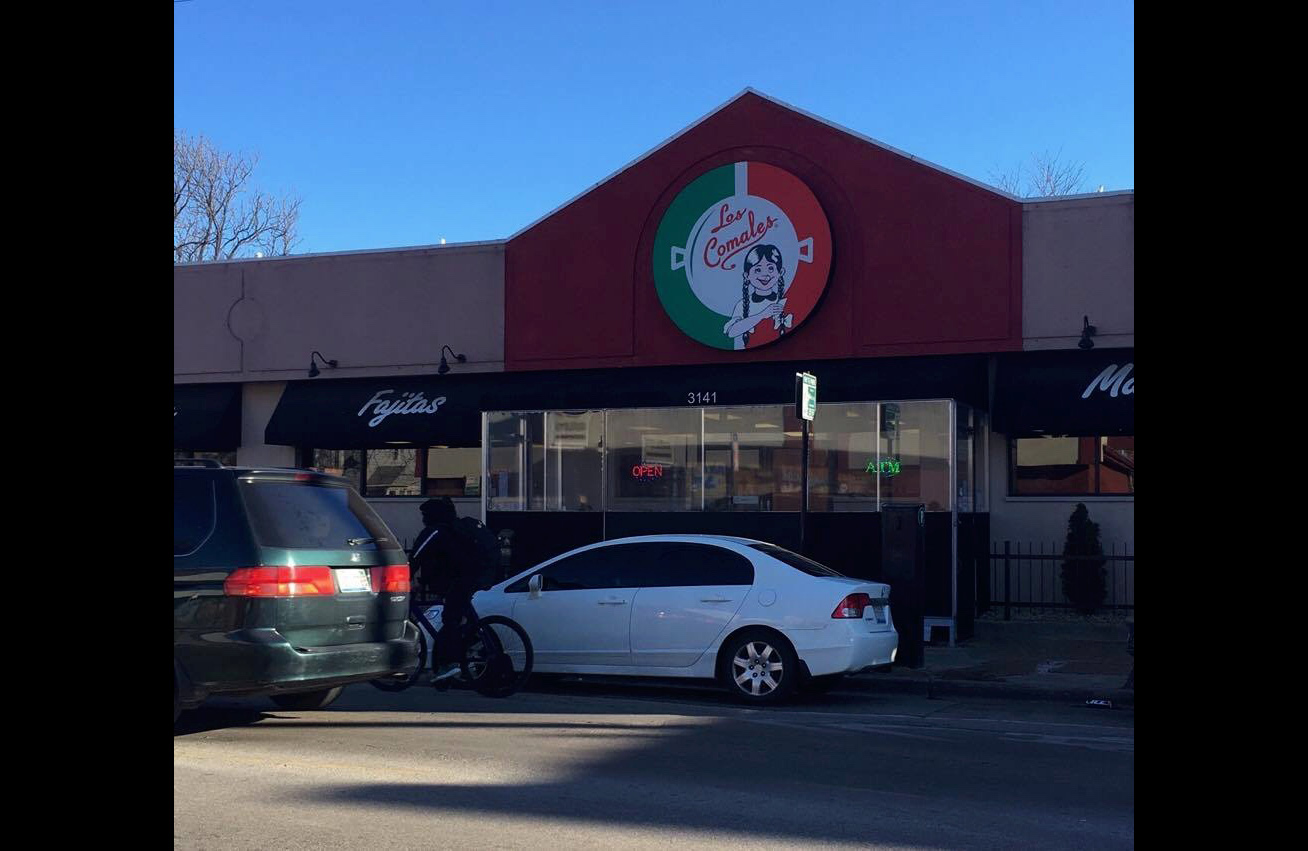 Despite claims from local workers such as Beltran and Rivera, those who overlook the community paint a different picture.

Community council leader August Sallas offered a different perspective of the current state of Little Village. “It’s all based on fear,” Sallas said. “Trump is a chaotic person. He creates a lot of problems for America.”

Sallas carried on to explain what solutions are being implemented now. With weekly services made for the community, only 23 attended a recent service, compared to past services which saw a total of 200, according to Sallas.

“I do not see any change within the community. How do we know there is a loss of business? It is all conjecture,” he said. “Personally, I have not heard much of fear. I see cars and people inside the community. I do not go to the Discount Mall, but it is filled with people. I went to Los Comales and it is the same as before.”

“There is fear within the community. What we do is reassure that nothing will happen,” di Paulo said.

“There has not been one raid or one deportation within the Little Village community. It is all based on fear. It is all social media and media that causes this panic. The media creates stories and exaggerates stories to captivate viewers.”
Di Paulo described a system that informs those who attend council meetings on their basic rights. In partnership other with organizations, this system will attempt to create a peace of mind and ensure safety in case something happens, similar to a “Know Your Rights” program.

Regarding loss of business within the community, director di Paulo said this, too, is also a misconception. “There is no hard data that supports the claims of a 10-20 percent loss in revenue for Little Village,” he said. “Those who may be seeing losses do not share these reports with us.”