The Resurrection of the Buddy Cops

The Resurrection of the Buddy Cops 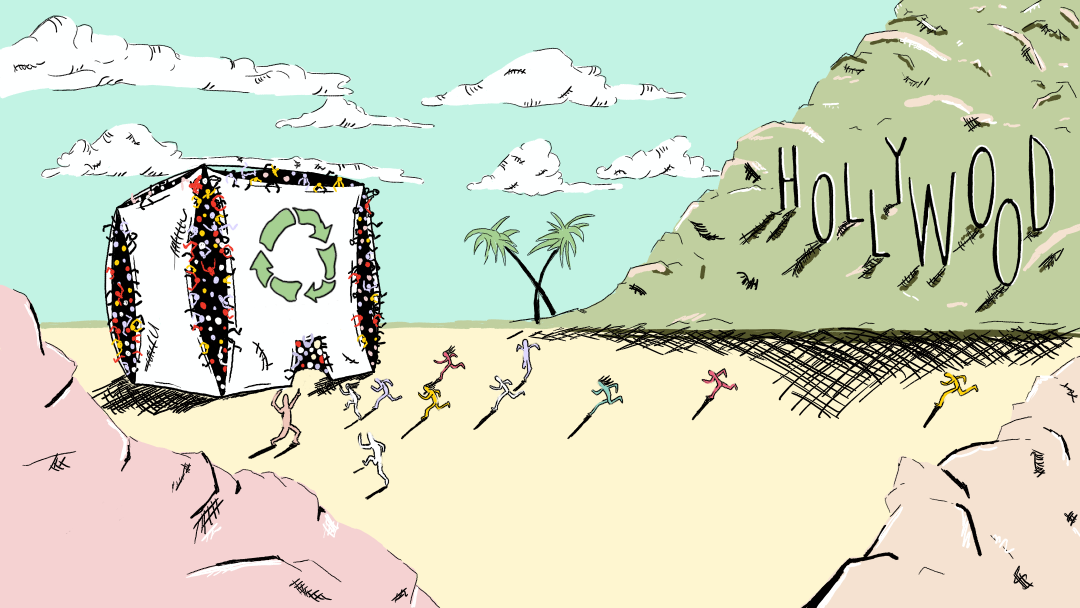 In December of 1982, Nick Nolte and Eddie Murphy starred as an unorthodox crime fighting duo in the film 48 Hrs, defining the “buddy cop” genre and laying the foundation for American action-comedy films in the 1980s. In 2017, the new Fox sitcom Ghosted is repackaging the tropes of ‘80s classics for a new audience.

The “buddy cop” film involves two protagonists who are complete opposites, but by some circumstance are put together to save the day. By the end of these films, the unlikely duo find common ground and a new respect for one another. In the case of 48 Hrs, Nolte portrays a rebel cop who enlists a bank robber, played by Murphy, to capture recently escaped prisoners.

Thirty years later, the “buddy cop” genre has been revived on television for a new generation. This fall Fox has two “buddy cop” shows on their lineup: Lethal Weapon and Ghosted. Lethal Weapon is a direct reboot of the film franchise and is currently in its second season.

Ghosted is an original sitcom from Fox that brings the “buddy cop” genre into the paranormal. Chicago native Craig Robinson (The Office) plays former detective and skeptic Leroy Wright who was disbanded from the LAPD after his partner was killed on the job. Adam Scott (Parks and Recreation) stars as astrophysicist Max Jennifer, who is shunned for believing his wife was abducted by aliens. The two are recruited by a secret government organization by the name of the “Bureau Underground” to solve paranormal cases.

While buddy cop films have existed since the Japanese classic “Stray Dog” in 1949, the genre has been reimagined and repurposed in countless iterations. The characters in “buddy cop” duos usually fall into one of two tropes. The cop is a no-nonsense type who plays by the books and is often hesitant of their new partner. The criminal — or in many cases, another cop — is loveable and acts as comedic relief where their partner in crime is lacking. The “buddy cop” acts as a version of Neil Simon’s play “The Odd Couple,” which has been reinvented in seemingly infinite ways from film to television, this time — for action cinema and television.

Miami Vice is a staple of the “buddy cop” genre on television. It ran on NBC from 1984 through 1990 and featured Don Johnson and Philip Michael Thomas as a pair of white-suit wearing drug busters who couldn’t be more different. It was reimagined into a film in 2006 with Jamie Foxx and Colin Farrell and is in the works to be optioned at NBC with Vin Diesel.

One of the most notable “buddy cop” films is the 1987 blockbuster Lethal Weapon, which brought the genre to new heights with the performances by Danny Glover and Mel Gibson. The Lethal Weapon series lasted four movies, and popularized the genre like never before.

Fox is not a network known for Emmy award winning visual effects, leaving something to be desired in its treatment of its supernatural situations and creatures, especially the succubus in the third episode “Whispers.” But the heart of Ghosted lies in its writing from creator Tom Gormican, Carl Tart of MADtv, Sally Bradford of Will & Grace, Sean Clements and Kevin Etten of Workaholics and Blake McCormick of Cougar Town. Ghosted is Gormican’s debut television television show and his first writing credit after the 2014 film That Awkward Moment featuring Zac Efron.

Robinson and Scott are prolific comedic actors, but they are also able to show vulnerability and remorse in the 25-minute pilot. In a genre that’s so dependent on performative masculinity, the emotional vulnerability that comes about in “Ghosted” is nothing short of remarkable.

Ghosted is able to combine the fantasy of the paranormal with the hardships of the real world seamlessly. By inserting supernatural elements into a realistic setting, it provides a fascinating set to witness the complexity of human relationships under unbelievable circumstances. As the season goes on, the dynamic between Leroy and Max flourishes, as well as the cast of characters that make up the “Bureau Underground:” Ally Walker, Amber Stevens West and Adeel Akhtar.

It’s no secret that ‘80s nostalgia is a goldmine for today’s entertainment. With massive hits like Netflix’s Stranger Things, Blade Runner 2049 and the 2017 remake of Baywatch, the ‘80s have completely dominated the pop culture of a generation so out of their reach. The ‘80s are infinitely inspiring for storytellers not just because of the big hair and synthesized music, but because of their obsession with the future.

The 1980s were obsessed with stories of sci-fi, space and time travel: films like E.T, Back to the Future and Empire Strikes Back dominated the box office. But while new advancements in visual effects technology impressed audiences, the films of the ‘80s that utilized them didn’t have to sacrifice dynamic characters and stories. Oftentimes, visual effects and storytelling worked in conjunction with each other.

In 2017, studios and writers are obsessed with harking back to a period in time that would have done anything to experience what life is like now.

What we don’t like to remember about the 1980s, however, is  the inevitable decline of new ideas. Hollywood faced a massive originality crisis. “Buddy cop” films proved to be huge successes, but the market became overcrowded, and producers had to think differently. This led to some unconventional reimaginings of the “buddy cop” genre, including several “dog and cop” films like K-9 featuring James Belushi and Turner & Hooch featuring Tom Hanks.

‘80s remakes are incredibly popular in the films and television shows of today, but what entertainment needs right now are reimaginations over reboots. In Ghosted, there is a partnership reminiscent of classic “buddy cop” cinema without being a direct remake of Miami Vice. It allows for new and innovative storytelling, while calling back to the classic conventions that made those films and television shows so great. Relying on nostalgia alone to tell stories is not only unoriginal, but leads to sub-par entertainment. Shows like Ghosted prove that it’s possible to produce an innovative show that harks back to a beloved age of entertainment.