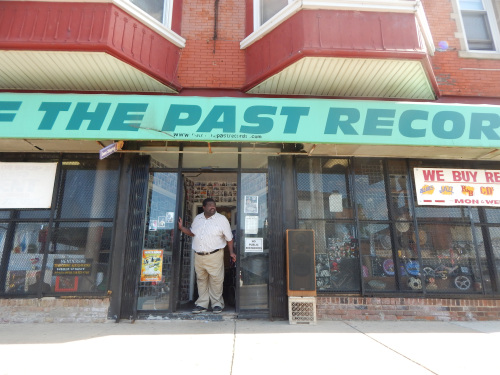 When asked who she serves in the community, Angela Taylor smiles and does a rotating motion with her index finger.

“Everybody. Everybody gets a piece.”

Her husband Sam Taylor has the same perspective when it comes to his civic efforts.

The Taylors represent a faction of people on the West Side who use gardening as a means of community outreach. They own 36 gardens in the area, which includes one in the back of their West Garfield Park home that features a greenhouse and a chicken coop. The couple not only grow food for local neighborhood markets, but they also bring local youth into their gardens to help out and develop their green thumbs.

“She’s sort of like the queen of the neighborhood,” Martha Bayne, resident of nearby Humboldt Park, said of Angela. 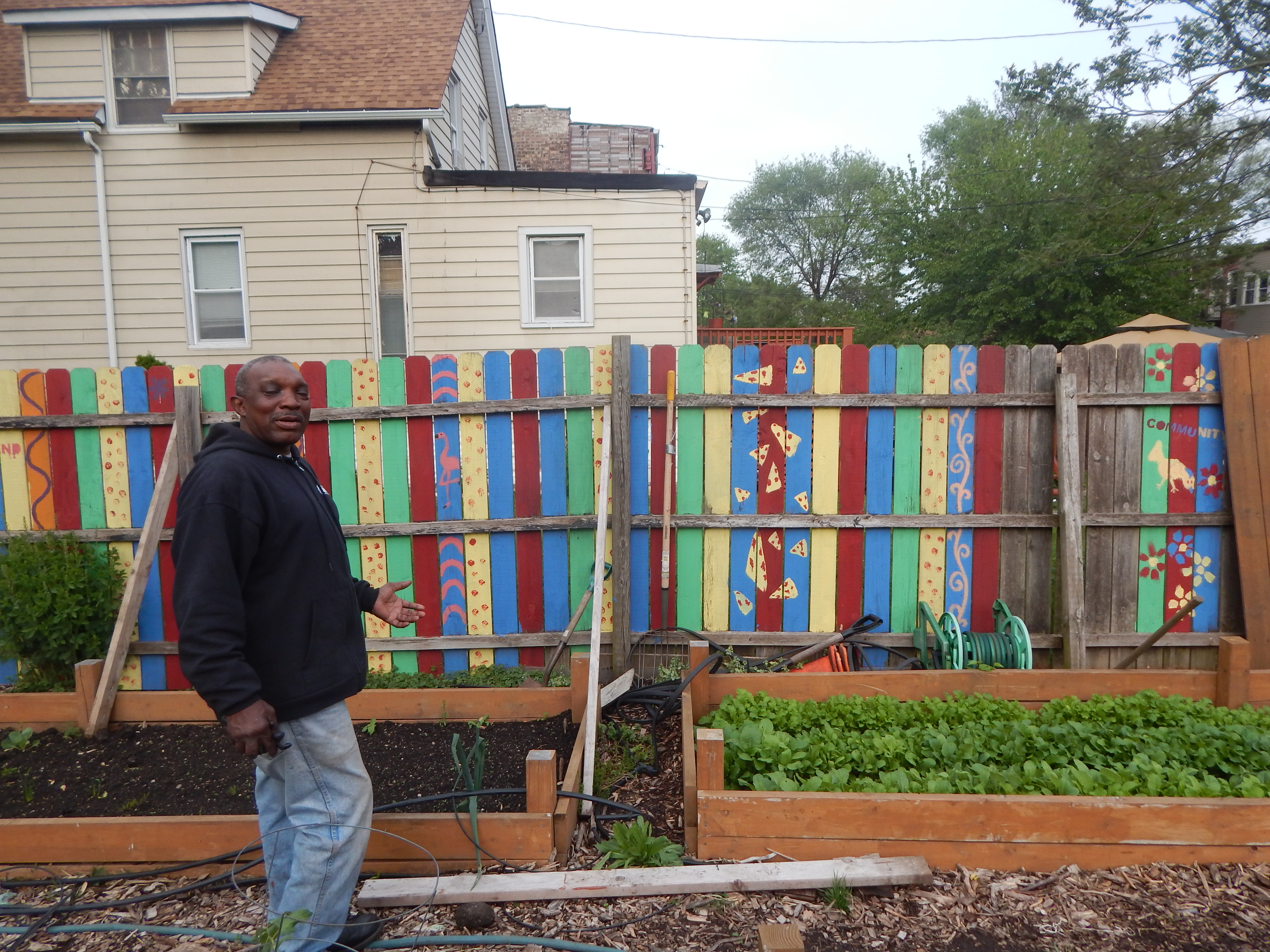 Angela has spent her entire life on Chicago’s West Side, having grown up in Humboldt Park, lived in Austin for some time and now settling in Garfield Park.

Though he was born in Mississippi, Sam grew up on the West Side as well. It was by working at a steel mill that he first crossed paths with his future wife.

“Me and her brother were co-workers, and I came to his house one night to go to a party, and his sister opened the door,” said Sam. “Meeting him at his house was the best decision I’ve made my entire life.”

However, both had different career paths in their former lives. As a retiree of the Illinois Department of Human Services, Angela has a background in social work, one that laid down her foundation as a community organizer.

“I am invested in the beautification of our communities,” Angela said. “People look at me as a conduit to get things done and I do not mind that.”

From 1981 until 2011 Sam operated machinery at the City of Chicago incinerator sites, stationed primarily on the Southwest Side location but sometimes working at the location on the Northwest Side, the largest of its kind in the city.

“I went from sorter, to operator, to handling heavy equipment, machine holding, loading the garbage on the truck and taking it to the landfill,” he remembers. “I saw everything come through. I saw dead babies that people had put in the garbage. I found body parts, tons of guns. We found guns every day.” 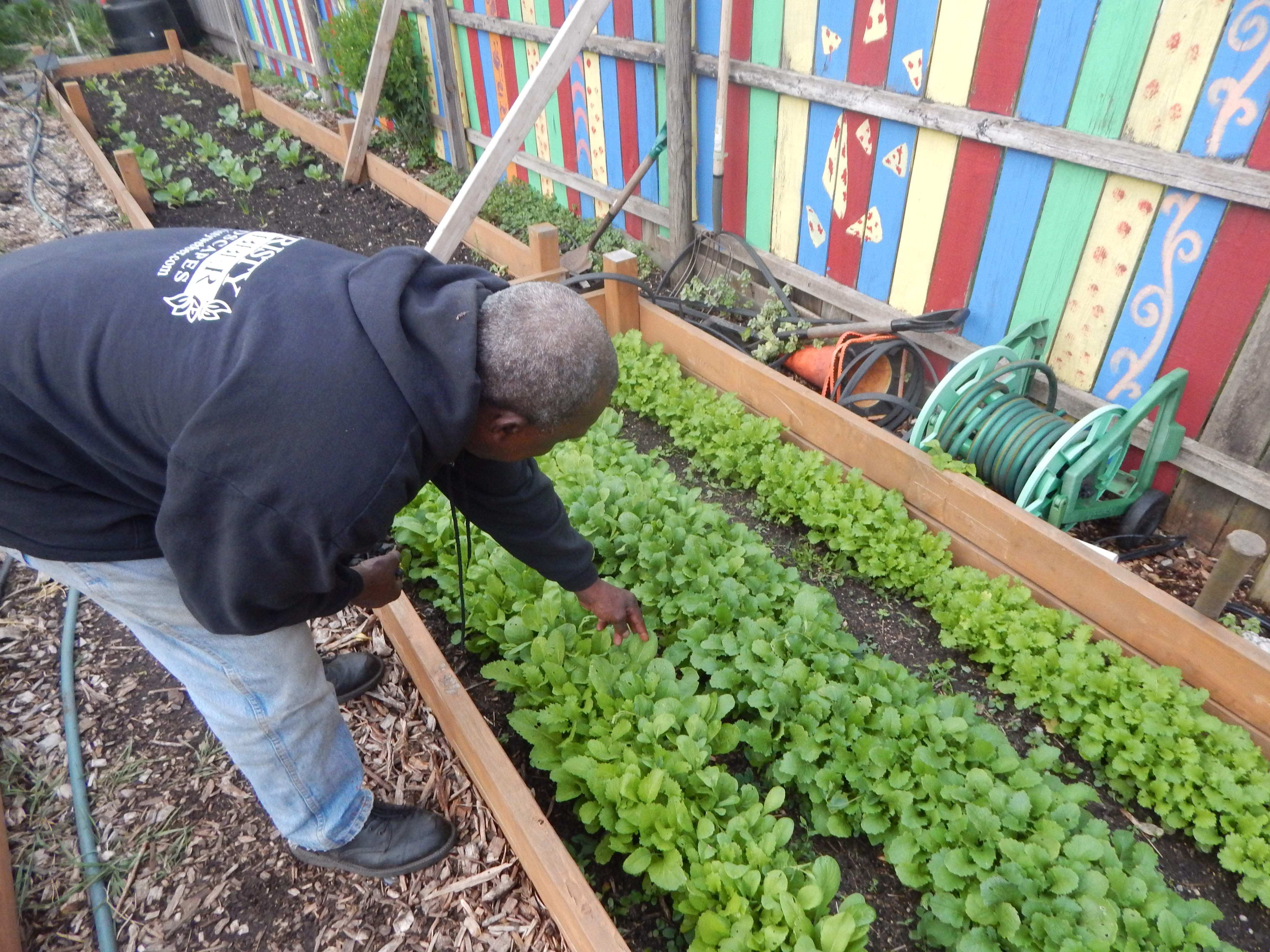 Every day Sam was coming in contact with garbage throughout the city, carrying the scents of the trash with him. Angela was not a fan.

“I would come home from being around the incinerator, and my wife would say ‘stop right there,’” he laughs. “She had a place for me to put my shoes and ‘your coat out there, because you smell like the incinerator.’”

Reflecting on his post-retirement life, Sam recognizes the irony of what his everyday activity has now become.

“I went from garbage to greenery,” he laughs, “My focus now are these gardens and promoting healthy food.”

“People Consider Us A Landmark”

Spend enough time at Out of the Past Records and you are bound to see the store’s cat Shadow, creeping around what could be considered a library of physical music copies. Sometimes friendly, sometimes reclusive, you may catch IT specialist and in-store DJ Monte (MJ) Gray scolding her for walking on the spines of records.

“Get down there now,” MJ snaps at the smoke-black green-eyed feline.

For the most part Shadow is allowed to roam as she pleases, possessing a lowkey vibe that has embodied the shop on Madison Street and Kostner Avenue for over 40 years now. Owned by Charlie and Marie Henderson, the West Side record shop contains so many records inside of the actual store that its basement has boxes full of unopened LPs. Known citywide by the most casual of music junkies, customers come in knowing that some records can only be found at Out of the Past.

Leroy Heyward, 44, says he found out about Out of the Past via recommendation from another store 14 years prior, and he’s been there ever since.

“My first reaction was that I should have came here a long time ago,” he said with a laugh.

For years the Hendersons have made contributions to their surrounding communities outside of music. They have donated merchandise to neighborhood club events as well as Black history text to nearby grade school students to use for completing homework assignments.

Charles was also a photographer and writer, crafting pieces about the once lively Maxwell Street.

“I just want to see (the area) built up,” said Marie, who has been on the West Side since she moved from Mississippi as a child. “I have raised my children around this way.”

Both Marie and Angela remarked on a more vibrant Northwest Side that they knew growing up.

“See our area, one time it was beautiful, well-developed, and then it just deteriorated over the period of years so nothing has been done,” said Marie.

“I grew up on Chicago Avenue, and I remember when we moved in the area,” Angela said. “You could walk up Chicago Avenue and you’d see they were making pizza in the window, making Italian sausages and stuff like that.”

Marie attributes the crime in the community to much of the youth not having anything productive to do with their time.

When organizations have opened in the area over the past several years, like the popular non-profit restaurant Inspiration Kitchens, Sam says that Angela and he were always sure to make their presence known.

“It’s on us to help hold those coming in intending to start businesses in these areas accountable,” said Sam.

austin, chicago, community, garfield park, music, Out of the Past, record store, urban farming, west side