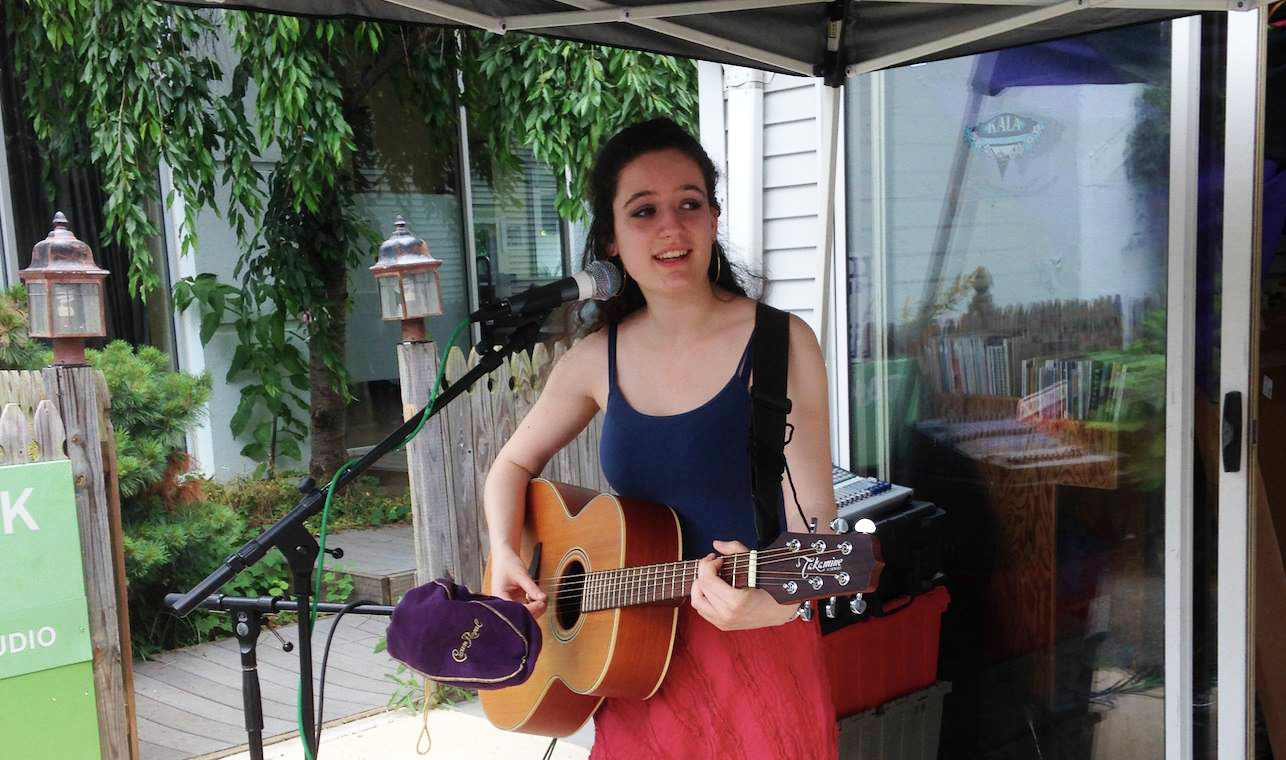 Sofía Campoamor saw the Yale Whiffenpoofs for the first time when they performed at her high school during her freshman year. She fell in love instantly, fueled by a youthful idealism and a passion for singing, and was determined to become a member.

There was just one problem: The Whiffenpoofs were an all-male a cappella group, and had been since their inception in 1909. This did not dissuade Campoamor — in fact, it motivated her. When she first arrived at Yale, Campoamor took part in what she, and many others, describe as the a cappella “rush” process. There are 18 a cappella groups at Yale, and every year, they mirror the competition and intensity of rush processes more commonly found in Greek life. “People really like a cappella here,” Campoamor said.

She auditioned for several groups and decided to join Mixed Company of Yale, an all-gender group formed in 1981 out of a desire to play with Broadway, rock ’n’ roll and the old Yale Songbook. Campoamor sung with Mixed Company through her junior year, which is typically when most Yale a cappella singers stop performing.

For more experienced performers, there are two senior groups on campus: The Whiffenpoofs, and Whim ‘n Rhythm, which is all-female.

The Whiffenpoofs have debated letting women into the group since the 1970s, but have consistently voted against it to maintain their image as well as not to undermine Whim ‘n Rhythm. On November 20, 2016, The Whiffenpoofs voted again to not admit women but stated that anyone is able to audition regardless of gender as a way to practice, which sparked dialogue and motivated women to audition to prove a point. 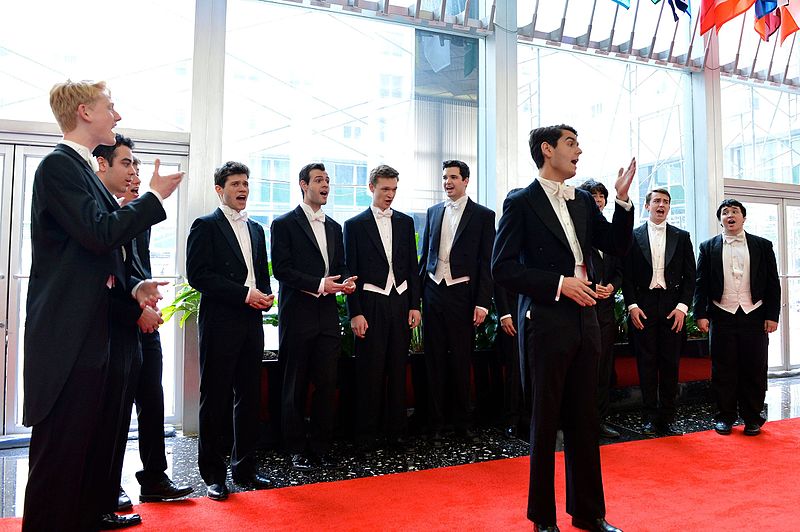 On February 1, 2018, both The Whiffenpoofs and Whim ‘n Rhythm decided that for the first time in history, they were open to rising seniors of all genders, including transgender and nonbinary students.

Campoamor had planned on auditioning for the Whiffenpoofs regardless and wasn’t sure how seriously these groups were going to comply with this change. “Because it hadn’t been done [before] it was almost less pressure for me,” Campoamor said. “All I really wanted was to have a good audition that I was proud of. So I was focused on preparing for it like I would for anything else and just having a good time.”

Almost three weeks later, The Whiffenpoofs announced the Class of 2019 on their Facebook page and admitted its first woman in the century of their existence: Sofía Campoamor. Sick in bed in her dorm room in New Haven, Campoamor heard a constant stream of buzzes and notifications from news outlets, friends and alumni alike. She described this as “a lovely time,” and was happy that people were “excited that things were different.”

Not only did Campoamor achieve a dream she had clung to since her formative high school years, she was an example that this dream could be a reality for other women.

“I don’t think I realized how much it would mean to people,”  Campoamor said. “For me, I was really just excited because it was something that I had wanted to do for a long time and I was really happy for my friends who would be doing it with me.”

One of the reasons Campoamor wanted to join the Whiffenpoofs instead of the previously all-female Whim ‘n Rhythm is the difference in opportunity. The Whiffenpoofs are described as “the world’s oldest and best known collegiate a cappella group,” and with that prestige comes access to perform  around the world and to take a year off to focus and sing semiprofessionally as a Whiffenpoof.

“I thought it was important as a woman to try to audition for the Whiffenpoofs because they have had access to such a unique set of opportunities,”  Campoamor said. “To me that’s not really the place to restrict anyone. I thought it would also be important, were I able to get in, to do that kind of thing just so wherever we went people would not think they have to be a certain gender to do the kind of thing that [the Whiffenpoofs] got to do.” 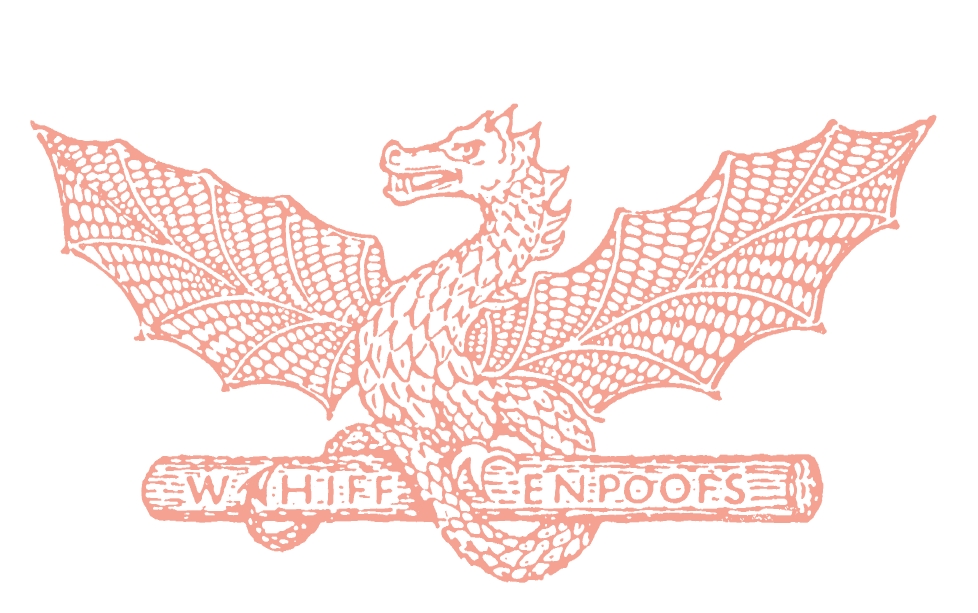 While her admittance into the Whiffenpoofs was historic, Campoamor hopes this is just the beginning. Both senior level groups are now open to all genders, although Whim ‘n Rhythm have not admitted any men since this change. However, these groups are still divided by vocal parts associated traditionally with single gender groups. The Whiffenpoofs are still categorized by first tenor, second tenor, baritone and bass while Whim ‘n Rhythm are categorized by first soprano, second soprano, first alto and second alto. Many of Yale’s co-ed groups are “SATB” groups made up of soprano, alto, tenor and bass vocal parts, but none of the senior groups follow this structure.

“To me, those are still going to be pretty gendered spaces overall,” said Campoamor. “It would be cool if we found a way to have a SATB group at the senior level or a group that’s not going to fall at such gender divides all the time.”

Campoamor will sing as a first tenor in the Whiffenpoofs and is confident she will have plenty of choices of songs she can sing in the repertoire. However, she is interested in revamping some of the Whiffenpoofs’ outdated songs and hopes to include diverse perspectives in their performances.

“I am interested in arranging more female composers,” Campoamor said. “Some of the older repertoire, which I don’t even know how much the current group performs, a lot of it is from male perspective. But I think recently that’s been less of an issue. I am interested in bringing more perspectives from a songwriter and composer lens, in terms of what arrangements we do.”

And while her achievement has opened doors, Campoamor believes that there will always be more doors to open, from a cappella in New Haven to collegiate a cappella all over the world. And she’s ready to get started.

“I’m hoping that we can say, ‘OK, there is more to this system that we thought there might be. What else can we do now?’”Header photo courtesy of Sofía Campoamor