DePaul Women’s Basketball is Great and You&#...

DePaul Women’s Basketball is Great and You’re Missing It 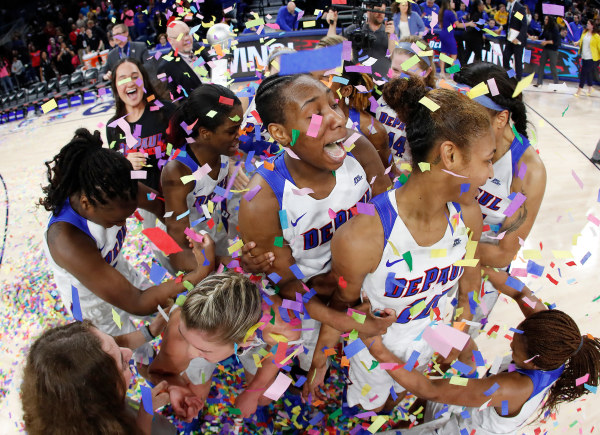 The game marked the third Big East Championship win in a five-year span for the team, taking home the title in 2015 and 2014.

The team was lead by senior guard Amarah Coleman  — named the tournament’s Most Outstanding Player — with a career-high 27 points. The team ended the tournament with a winning scoring average of 31 points per game. The Blue Demons also finished the game with 13 three-point completions, one shy of tournament record. Senior guard Lauren Prochaska also had a game-high eight assists.

Despite winning the last three games of the regular season, the Blue Demons were still recovering from an upsetting 86–85 loss on February 16 to Georgetown on senior night. The loss put the team in a tie with Marquette for the first place seat in the Big East conference.

“I think it’s just becoming much more focused and paying much more attention to detail, and that’s what I’m really excited about,” said Coach Doug Bruno.

“This is what we do every day of our life, every year,” said Bruno. “I don’t really get that crazy about the result as long as the players have really worked to execute what we’re trying to get done.”

Bruno’s DePaul legacy extends beyond his coaching: he was a three-year letter winner for Hall of Fame coach Ray Meyer and received both his bachelor’s and master’s degrees in English from the university. He was also an assistant coach for the USA Women’s Basketball National Team, helping lead the team to consecutive gold medals in the 2012 and 2016 Olympic games.

“If you’re in the program you’re going to get better as a player throughout the years,” said  Prochaska, talking about her time spent working with Coach Bruno. “Going forward, it just shows that that’s his standard  — to just keep climbing until you get to something better.”

Bruno cites his commitment to DePaul to the people who have influenced his own education, basketball and coaching career, including the likes of Jean Sullivan, Ray Meyer, former dean of faculty Patricia Ewers, Frank McGrath, and former Blue Demons captain and current athletic director Jean Lenti Ponsetto. 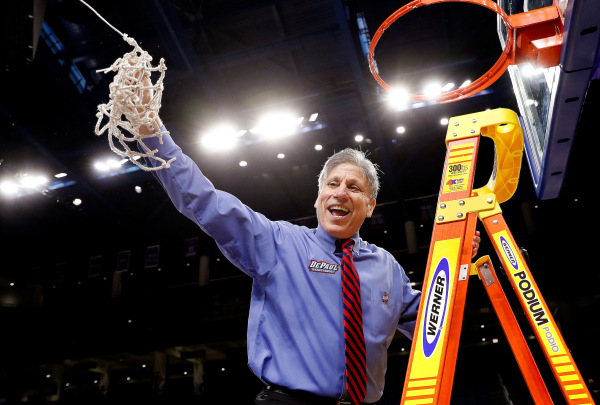 However, these accomplishments have been shadowed under a grey cloud of criticism circling the DePaul Athletic Department. The championship game was held on home turf at DePaul’s new Wintrust Arena, located in Chicago’s South Loop McCormick Place. The arena cost DePaul roughly $82.5 million to build and costs an additional $445,000 in rent every year, according to The DePaulia.

Men’s and women’s basketball games used to be held at the Allstate Arena in Rosemont, located roughly ten minutes from the Blue Line Rosemont stop. The impetus of the move downtown was to provide a more accessible location for DePaul students to attend home games, although student involvement still remains low.  However, these numbers only reflect participation in men’s games, ignoring figures for the women’s team, even though they’ve had consistent winning records since the 1999-2000 season.

Yet women’s sports coverage often goes largely underrepresented. According to Twin Cities PBS 2013 Emmy® Award-winning documentary “Media Coverage and Female Athletes,” female athletes receive only 2 to 4 percent of media coverage. At DePaul, the women’s basketball team has played in 16 NCAA Tournaments since Ponsetto’s hire, compared to the men’s one. The women’s team has also made 15 consecutive NCAA Tournament since 2003, a title also held by teams like Notre Dame, Stanford, Tennessee as well as the four-time consecutive NCAA Championship-holding Connecticut Huskies.

“It’s great when women’s teams in any kind of sport get recognized and celebrated for their accomplishments, because we do work incredibly hard,” said Prochaska. “We’re just trying to appreciate all the work we put in this season, and using this as some fuel.”