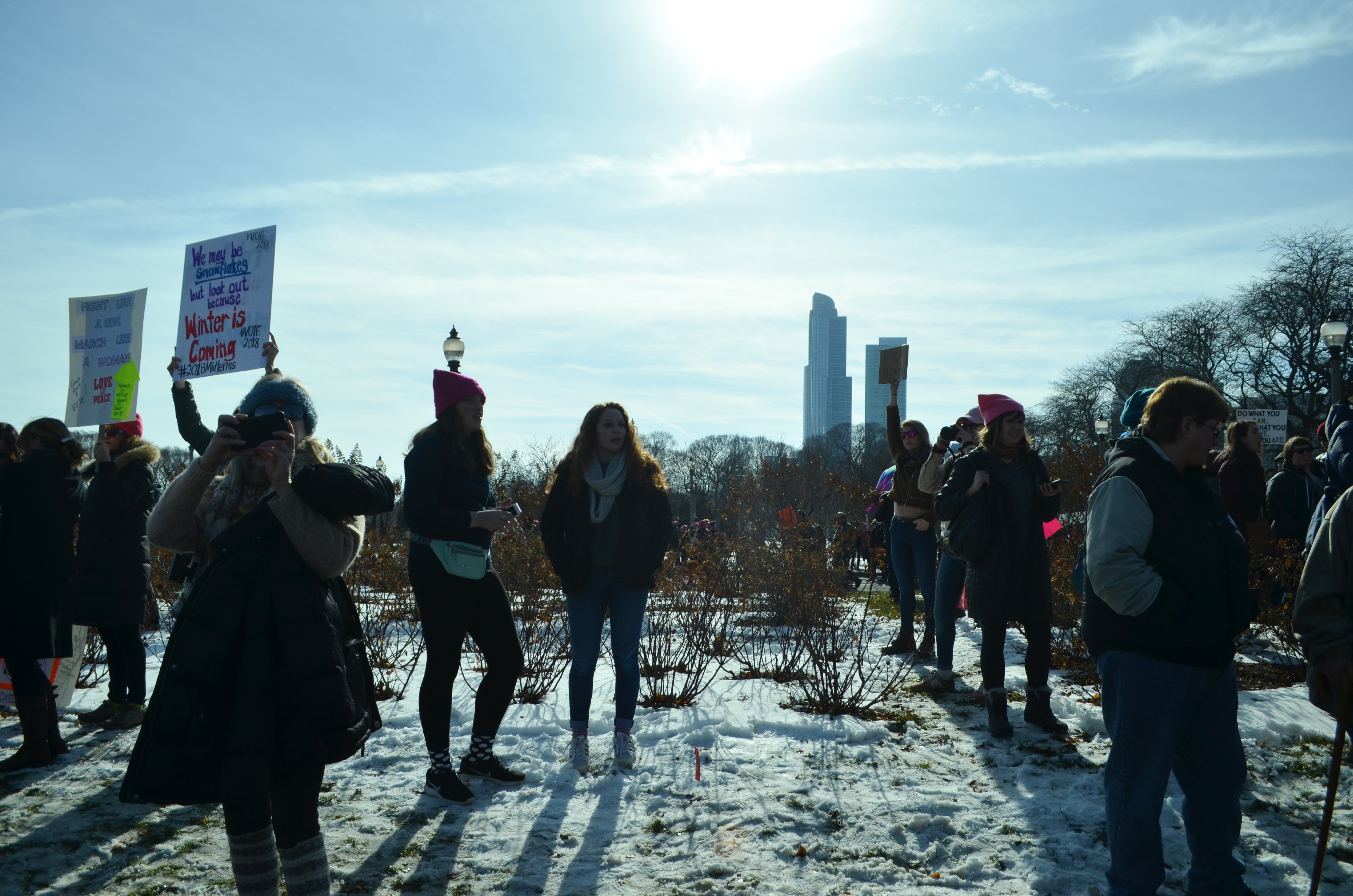 The pounding of feet on pavement, the waving of impactful one-liners on white cardboard, the chants of thousands of voices coming together. The first Women’s March was a necessary movement of defiance for those who would be targeted during the Trump presidency. It was a moment of proof that Trump’s opposition was stronger than ever.

At first, it seemed perfect. The March was originally created to fight for inclusivity and a range of pressing social issues such as gun violence, climate change and voting. The board of creators features women of various backgrounds and fields of study, and a majority of the members were women of color, such as the organization’s national co-chair Tamika D. Mallory.

After the first March, however, the event quickly became subject to feminist criticisms. Many who attended the 2017 Women’s March had never protested before, and sadly, many would not protest again until the next Women’s March in 2018. Those who marched without fully understanding the intersectionalities of feminism paraded trans-exclusionary signs stating “Viva la Vulva” and “Pussy Power.” This march that was once a call to action simply became an annual event or Instagram photo-op, with stagnancy during the year in between.

Not only this, but after the first March it became clear that many of those who attended were primarily concerned with issues regarding white women, thus perpetuating an idea of white feminism that focuses on the issues that white, cisgendered women face while ignoring the experiences of trans women and women of color.

This mindset can be incredibly exclusive, which is the opposite of what the Women’s March originally stood for. According to the March’s mission statement, “The mission of the Women’s March is to harness the political power of diverse women and their communities to create transformative social change.”

“Feminism is a resistance movement against systemic, structural, historical-based oppression of women,” said Dr. Ann Russo, a  professor in the Women’s and Gender Studies department at DePaul University. Russo added that feminism is not simply about womanhood, either, but a plethora of intersectional identities  such as race, gender, sexuality and class. This is the issue with what the Women’s Movement has become. “Everyone who participated [in the Women’s March] wasn’t white, but there was a white dominance within the Women’s March and within what’s mainstream and what’s defined as feminism,” she said.

The intersectionality that feminist ideologies strive for is often neglected in mainstream American culture. While many feminist movements begin as an inclusive endeavor, once brought into the public sphere, they can easily become recreated as a white feminist movement.

More recently, we’ve seen this regarding the #MeToo movement against sexual assault.The hashtag for which the movement is named was created by Tarana Burke, a Black activist working to bring support to other women of color and transgender women who had experienced sexual assault. However, Burke has been excluded from her own movement by media sources such as Time Magazine, instead giving credit to Alyssa Milano, a white actress, for its creation.

“Part of the problem is, who gets recognition, who gets lifted up, who gets to be the spokespeople,” Russo said.

“If we trace that historically, we can see that throughout the life of the women’s movement or the feminist movement this has been an issue. So it’s not just a contemporary issue,” said Dr. Heather Montes-Ireland, also a Women’s and Gender Studies professor at DePaul. Montes-Ireland pondered this while relaxing in her office clad with feminist postcards featuring famous women of color and quotes promoting intersectionality. After taking a moment, she said  white feminism has only started to enter the cultural lexicon now because society as a whole is finally becoming aware of whiteness in general, as well as the exclusivity that whiteness brings with it. “We’ve actually named that power and exposed it,” she said.

In this way, the Women’s March merely highlights pre-existing issues within mainstream feminism. With signs that proclaimed power via images of female genitalia, many transgender and gender non-conforming women are consistently reminded of the exclusivity that the March brought.

“I am sick of seeing the pussy hats,” said Jenni Holtz, a current DePaul student and member of Students for Reproductive Justice, a student group that promotes sexual health and awareness. Holtz and Amy Weider, also a member of SRJ, relaxed on a bright orange couch after adjourning one of their many club meetings amid empty pizza boxes and various pamphlets promoting sexual and emotional health. The two are incredibly aware of the flaws of the Women’s March, which is why they refused to attend this year.

“We want to create sustained activism, and a lot of people for the Women’s March will show up one day a year,” Holtz said. “It can be a place where people’s feminism can grow, and it can be a starting point.” But Holtz also believes feminism should extend beyond the confines of a single day’s march.

Nodding enthusiastically, Weider added, “We are all about continually creating spaces and creating feminist work that is not just one day.”

Since the Women’s March has become another point of contention amongst feminists, many are left wondering if there will ever be a movement that will succeed in uniting all feminists in this country. Some question if this is even possible. While the March and #MeToo movements were inclusive at their core, the moment they became national and international events they lost their intersectional edge. So what can each of us do in order to continue the fight for equality without excluding others?

“There are a lot of different movements on the ground that are much more intersectional, much more inclusive,”  Russo said. These movements work to empower those who are most marginalized by the oppressive system that feminists strive to dismantle. Some of these include Assata’s Daughters, which is a radical black feminist group, as well as the Say Her Name movement that honors those women of color who have been taken by police brutality or partner abuse.

“I look for groups who are doing that work, and those groups are the ones that are the future of feminisms,” Russo said.

While this work might sound bleak and impossible, it is important to remember that we are in an impactful time in our country. There is an immense power building within feminist movements that is strong enough to make concrete change. In order to do this, we must shine light on white feminism and talk about it. “I’ve seen the power of [discussions] to actually impact change. If I didn’t believe that was possible, I probably wouldn’t be in this field,” Heather-Montes said.

This is not to discourage white people from being a part of the feminist front or participating in various movements. This is simply a call for white feminists to recognize their privileges, their power to be exclusionary, and actively fight against them. It’s a fine line between using one’s privilege as an amplifier for the voices of those marginalized, and claiming these movements as white movements. Now more than ever it’s important to have these discussions in order for white feminists to find their place in these movements — and it’s not at the helm.