'I Need To Be Able To Accompli..

Gritty sand and dirt filled my boots and shifted under my feet as I was flung out of an Anthrax mosh pit at Hollywood Casino Amphitheater in Tinley Park, Illinois. After quickly stabilizing myself on the nearest barricade, I joined the rest of the crowd in screaming the band’s lyrics back at Anthrax vocalist Joey Belladonna.

“Can’t stand it for another day…” Belladonna sang.
“AIN’T GONNA LIVE MY LIFE THIS WAY!” I yelled in reply.

The song came to an end and before I could get caught back up in the mosh, two men beside me complimented me on my knowledge of mainstream Anthrax tunes.

“It’s so cool to see a girl interested in metal,” the first man told me.

“Your boyfriend must really like Anthrax, huh?” asked the second.

I looked around for my boyfriend, but he was nowhere in sight; I had lost him in the crowd long before the set even began. Nothing about my appearance indicated that I was in a relationship, and while it is true that I’m dating a metalhead, he isn’t an Anthrax fan. My knowledge of old school thrash metal can be partially credited to my father, to my own love of heavy music and in part to “Guitar Hero 3.” However, this pair of men believed that I couldn’t be interested in metal music without the influence of a boyfriend they assumed I must have.

I brushed their comment off and continued to enjoy the show, but I realized that their remarks revealed a much larger issue in the music industry. From underground scenes to mainstream shows, sexism runs deep in the music business and discriminates against female identifying professionals, performers and fans. 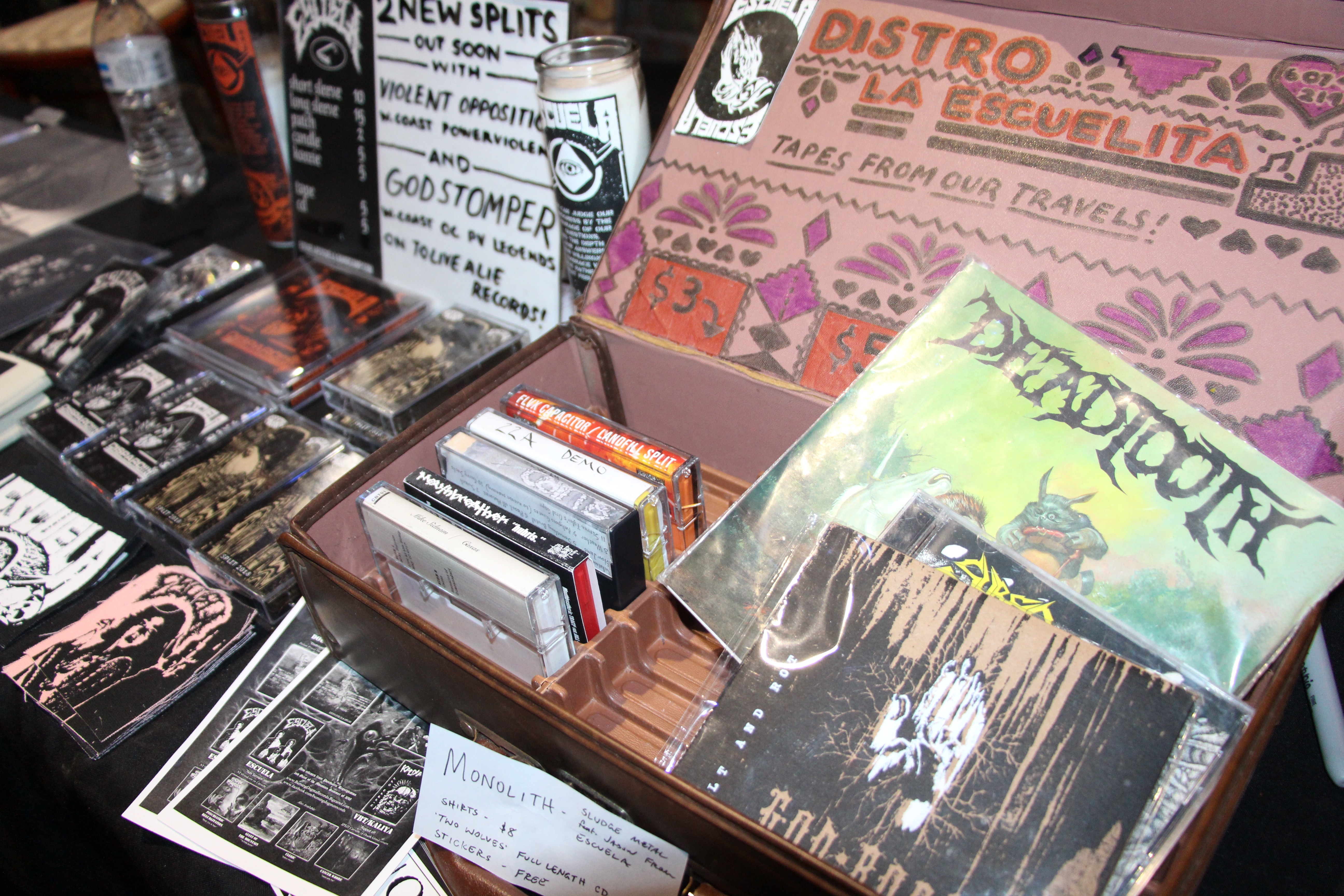 Sexism can be defined as stereotyping or prejudice and discrimination on the basis of sex and/or gender. Sexism against women can occur in obvious ways, such as belittling women professionals or ignoring female members of a band, as well as in passive ways, such as the comments that were made to me by the fellow Anthrax fans.

According to the Annenberg Inclusion Initiative, from 2012 to 2017, females accounted for only 22 percent of all musicians. The same study found that only 12 percent of songwriters and 2 percent of producers were women. Across a study of 300 songs, only two female producers of color appeared in the sample. Recent cases and activism movements, such as Kesha’s #MeToo Moment at the Grammys, have made the public more aware of sexism in the music industry, but it is still an issue that plagues music communities both small and large.

Hailey Rose, a female-identifying music fan, frequently experiences sexism from men at local hardcore shows. Rose lives in a small town near Atlanta, but she frequently attends concerts in Chicago with her boyfriend, Jay Williams. Something that bothers Rose is the difference between the way men treat her when she attends shows alone and when she attends them with Williams. She often is sexualized by male fans when she is by herself, but dismissed as a “hardcore boy’s girlfriend” when she goes out with her partner.

In addition to not being viewed as serious music fans, sexism in music communities also functions by assuming that women only attend shows or feign interest in bands to gain the attention of men. Not only does this devalue female involvement in music scenes, but it also reduces women to sexual objects that have no genuine interests outside attracting the heterosexual male gaze.

Rose expressed that she is either oversexualized when she is alone, or she is ignored and labeled as a fan’s girlfriend when she attends shows with her partner.

“I went to a punk show not too awfully long ago because I really dig the opener. I was the only one in the crowd who knew the words, so I got the mic a few times. After that, it was like every guy in the place was hitting on me,” said Rose. “Apparently, girls being able to scream was still a new idea to them. I got a couple people who genuinely wanted to talk to me about music, but the vast majority of them just wanted to tell me they thought it was hot.”\ 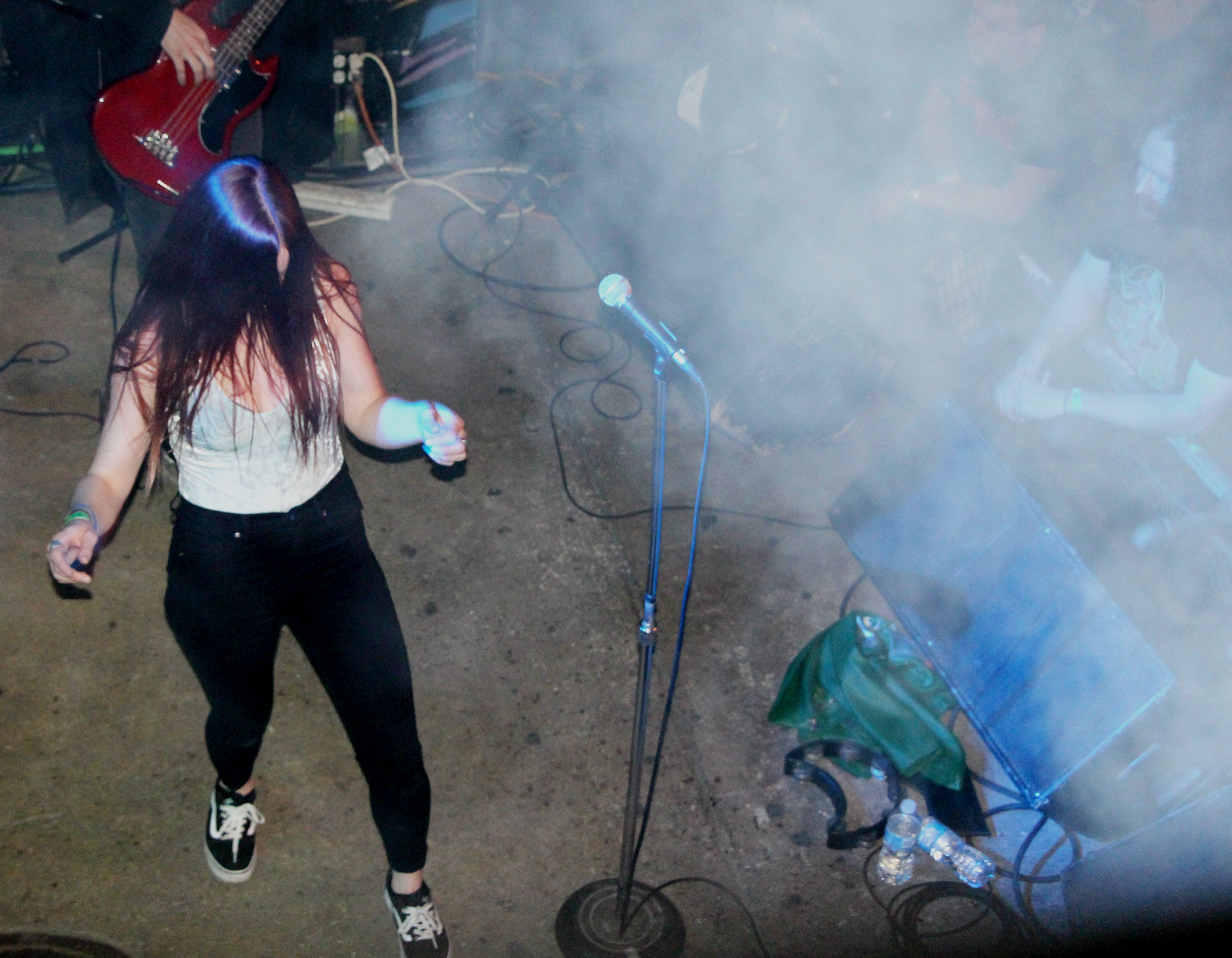 Heather Ferguson, 43, has had similar experiences when she was not taken seriously by men at Chicago metal shows. Even though Ferguson has worked as the office manager at Reggies Rock Club for the past seven years, she still experiences sexism as both a music industry professional and a music fan.

“I’ve definitely gone to shows by myself in the past and have had the door guy question me, saying, ‘Do you know where you are? Are you sure you’re in the right place? Do you like this band?’” said Ferguson.“It’s kind of insulting. It’s like I have to pass a quiz before I can see a show. They never do that with guys.”

Likewise, Amanda Flores, a 28-year-old Chicago musician, has seen multiple aspects of her gender used against her. Flores is the vocalist of local doom band Rosaries and the guitarist/vocalist of Buried in Yellow. At times, she believes her identity is exploited by promoters and that she is often reduced to nothing but her gender and sexuality by males who book her bands.

“I feel that when some people are booking you, they’re only booking you because you’re a girl and you can bring more girls to their shows,” said Flores. “A lot of people try to throw you in a category of the female-fronted genre of shows. I think my music is its own genre; just because I’m a girl in metal doesn’t mean I have to play with bands that have girl singers, too.”

While Flores spoke about promoters only booking her because of her gender, she also expressed that many men use her status as a woman against her. She said she has received many remarks from men who doubt her abilities as a musician simply because she is female.

“Sometimes after people hear me perform they say, ‘I didn’t actually think you’d be that good,’” said Flores. “That’s a common thing people say to me. They didn’t think I’d have any talent or be able to write a song or hit a certain note. I think that is instinctive for them because I am a woman.” 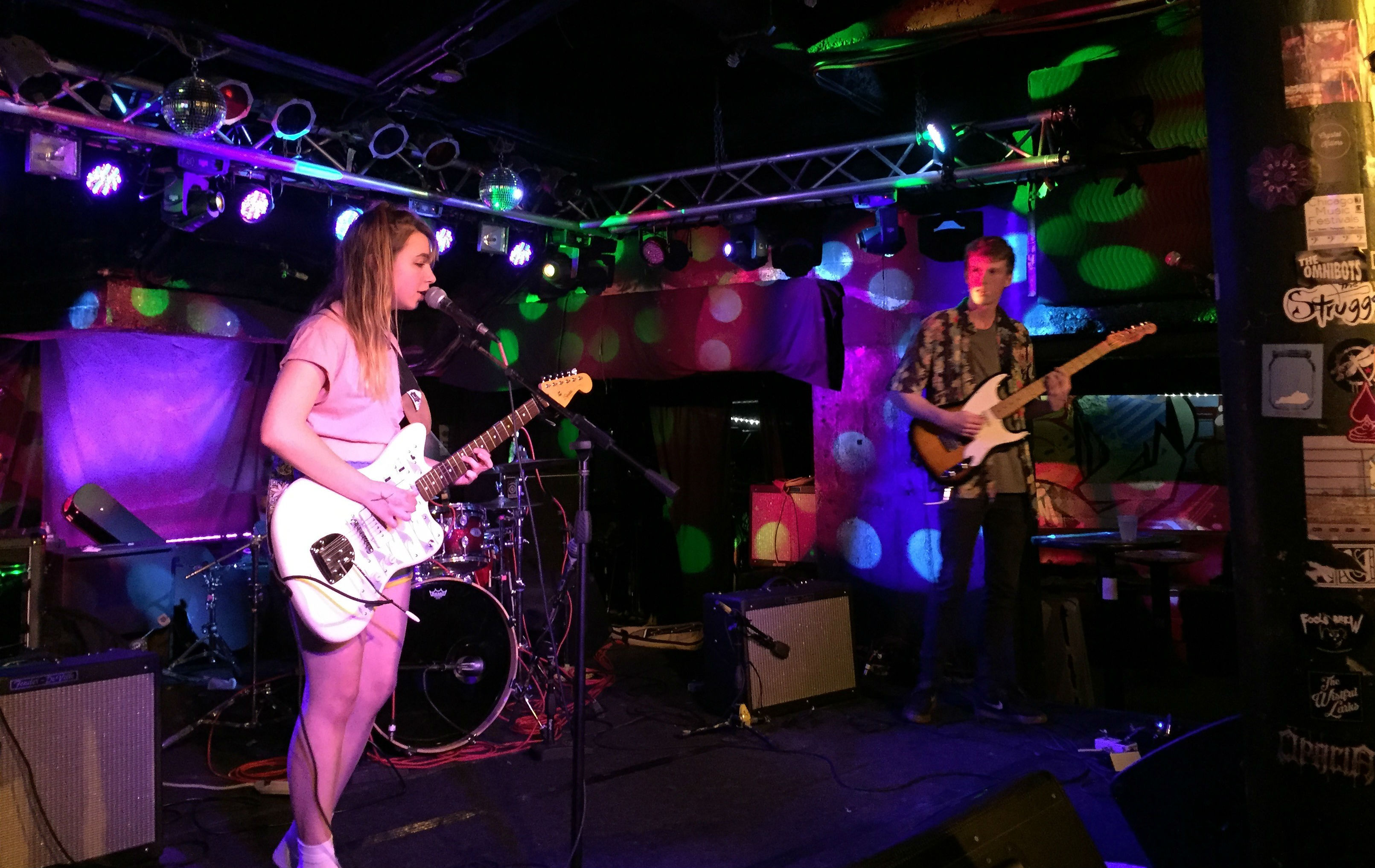 Flores is not the only female musician in Chicago who has faced sexism. Lili Trifilio, 21, is the only woman in indie-pop group Beach Bunny. Despite being Beach Bunny’s only vocalist, Trifilio often feels silenced because she is a woman.

“Being the only femme in my band can be really frustrating sometimes because I don’t feel heard, or more so I feel powerless despite having the greatest position of power in the band,” said Trifilio. “It’s a weird phenomenon, but I’m working towards being more assertive.”

It would seem reasonable that female musicians like Flores and Trifilio are more exposed to sexism because they boldly step onto a stage that is often dominated by male performers. However, many professional women who work behind the scenes face the same levels of discrimination.

When Azalee Cano, 24, got her start in the music industry, many people assumed her interest in music production and marketing was only due to her relationship with a male musician. Her own professional pursuits were overshadowed by her past partner’s involvement with the Chicago music scene, which lead her to feel underappreciated and not taken seriously as a professional.

“When I first started, a lot of people would say, ‘Hey, you’re just doing this because of your boyfriend,’ because he was a musician. That’s obviously not true,” said Cano, who is currently a coordinator at open air metal festival Full Terror Assault and works with live sound production at The Forge in Joliet, Illinois. “This person is no longer in my life and my career has come a lot further along since then.”

Because Cano’s position as a sound production assistant requires her to lift heavy equipment, such as amplifiers, drum kits and large keyboards, she is often subjected to stereotypes that exist about women’s strength and their ability to perform physical labor.

“I’m at a disadvantage, not just because I’m a female but because of my size, so I do have to try extra hard,” said Cano. “I don’t mind doing that, because in the end, no one can say anything negative about that. I feel like I do have to work a little extra harder so people can back off. I feel very confident that my work speaks for itself.”

Having to work harder to prove herself not just as a professional, but as a woman, was a common theme heard from Chicago’s female professionals, performers and fans. In fact, many women had devised simple strategies to help avoid gender discrimination, such as avoiding revealing clothes and attending shows with other female friends. For Cano, one such strategy was changing the way she introduces herself to male coworkers.

“Something I have started doing to make myself less of a target is starting to tell people to call me Lee because it’s an androgynous name and it seems a little more masculine [than Azalee],” said Cano.

For other women in the music industry, the discrimination they face has shaped their work ethic and the way they treat others. Ferguson states that experiencing sexism at shows and in the workplace has emphasized the importance of respecting all her coworkers and recognizing their unique talents, regardless of their gender.