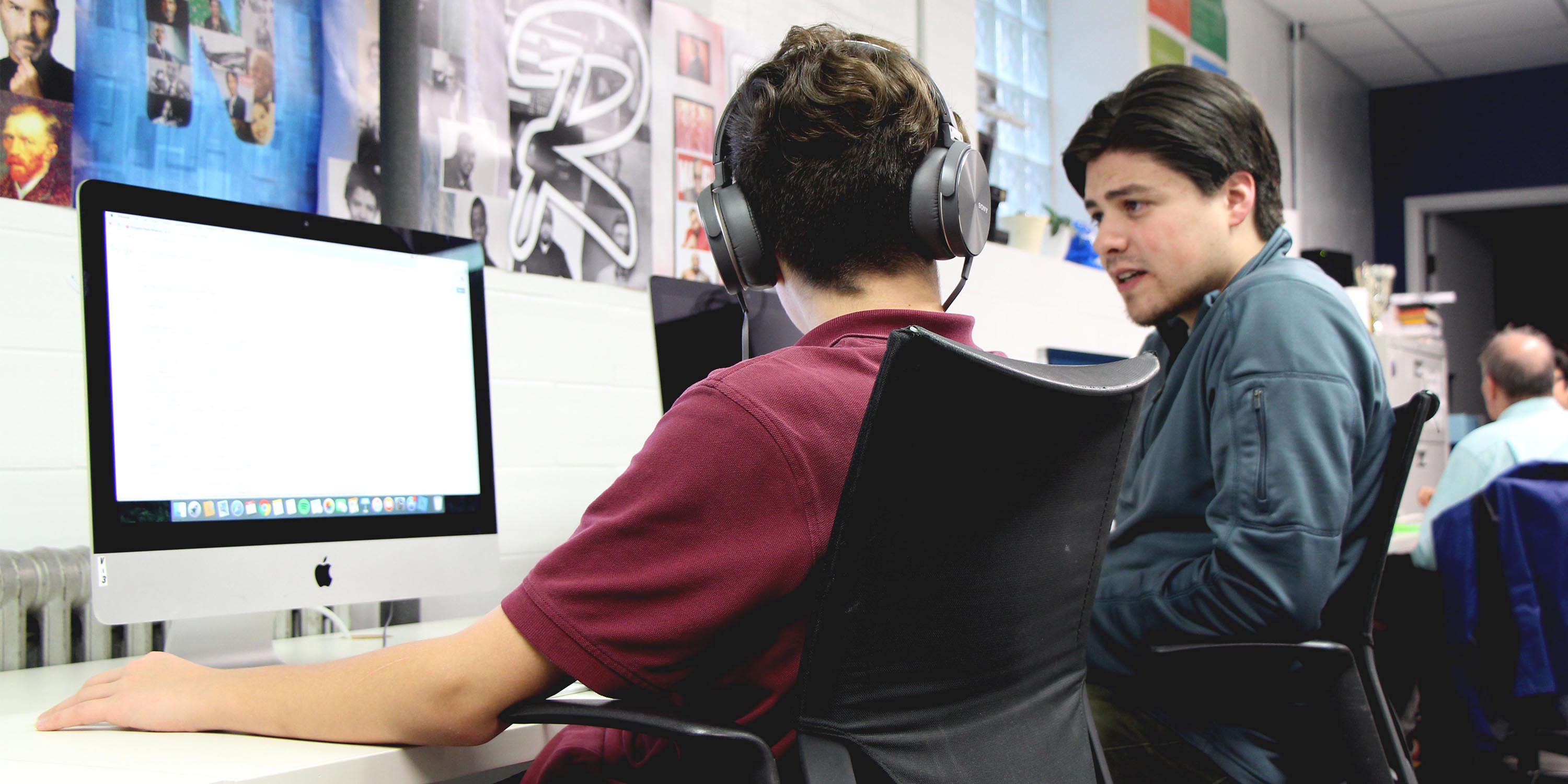 Mario Sanchez was on summer break from middle school and ready for adventure. It was the mid-2000s, and he had just made fast friends with two boys around his age who recently moved in next door from West Town. But just as he was primed and ready to enjoy the summer, his new friends were nowhere to be found. According to Sanchez, they would just sort of disappear during the day, leaving him home alone and wondering where they went.

Lucky for him, that feeling didn’t last long. This was middle school in the after all, and Sanchez was hungry for some answers. When he asked the brothers where they kept running off to, they told him about a place called Erie House. Located on 1347 W. Erie St. in West Town, Erie House is home to a wide array of activities and programs designed for kids like Sanchez and his friends.

“I was like ‘wow, [there are] a bunch of people my age…and they’re giving us all these tools and healthy ways to spend our time in the summer,’” Sanchez said.

For Sanchez, that inaugural summer marked the beginning of a long and indefinite relationship with Erie House—a story all too common in an organization where everyone seems to know someone, and something is available for just about everyone. This is due, at least in part, to Erie House’s three-pronged approach toward the Chicago community it serves. By separating its service groups into children and youth, adults and the family as a whole, Erie House is able to offer up to 20 interest-based clubs for students, affordable legal consultation for immigration, and nutrition classes and workshops—oftentimes all under the same roof.

Associate Director of Marketing and Communications Riza Falk describes Erie House as a “human services agency started in the settlement house tradition.” This is a call back to the settlement movement of the late 19th century — popularized by Jane Addams and Chicago’s Hull House — when houses were opened to provide immigrants and impoverished residents with housing, social services and educational programs. 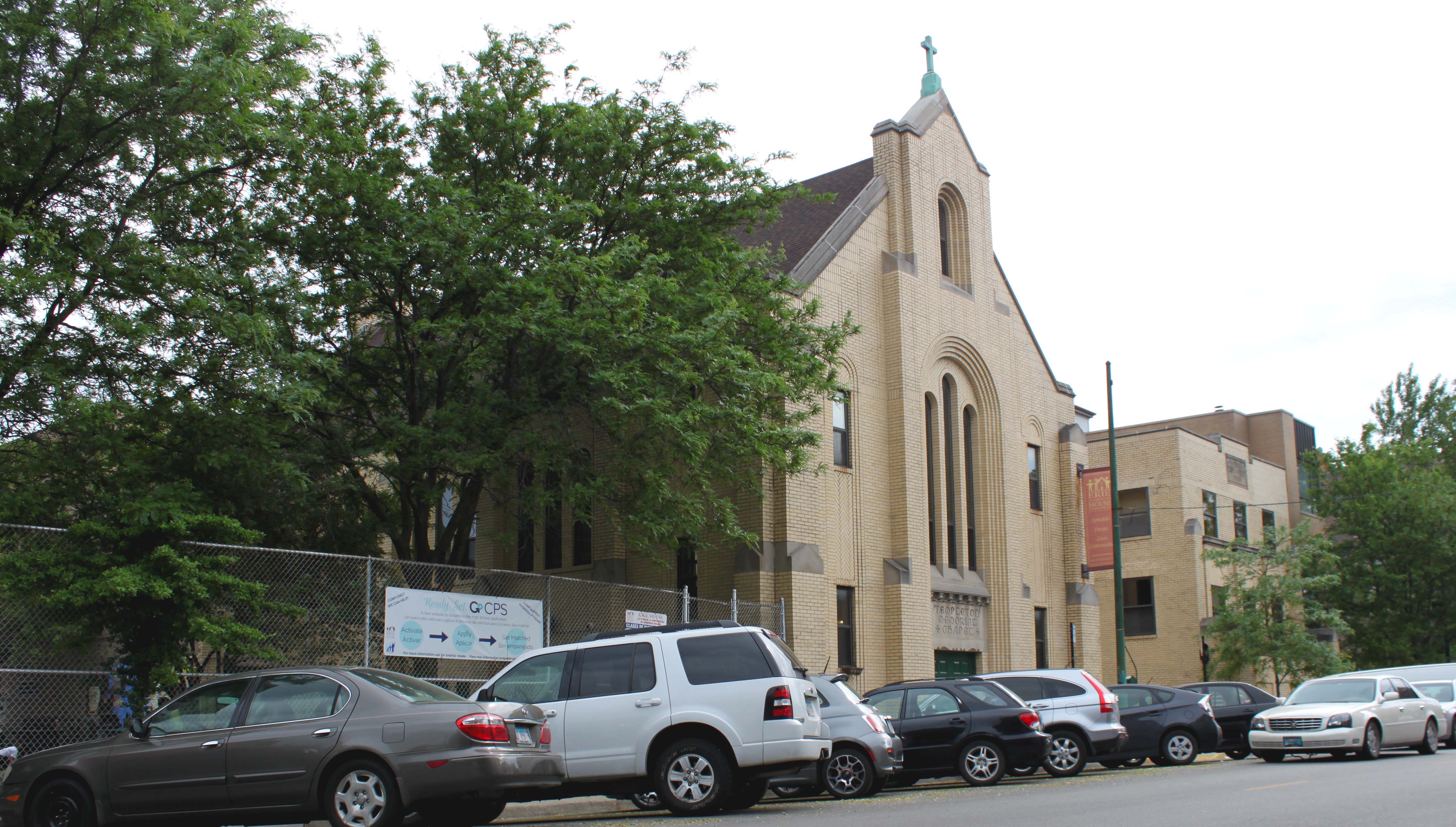 Falk started working for Erie House nine years ago, and notices the communal environment that can blossom when a diverse array of programs and services are offered by a single organization. On a daily basis, neighbors, relatives, friends and parents walk in and out Erie House’s doors for anything from workforce development to English classes, along with youth and early childhood services.

Evidence of success in Erie House’s approach can be seen throughout its facilities and understood through its numbers. For children with clinical treatment plans, 90 percent of them were able to meet their individual goals. Through its workforce development program, over 1,200 people were able to receive access to technology and hands-on instruction. And Chicago residents who submitted their USCIS immigration case through Erie House were approved 97 percent of the time.

After that first summer, Sanchez was accepted into the organization’s Tutoring to Educate for Aims and Motivation (TEAM) program. TEAM is one part of Erie House’s Youth Options Unlimited (YOU) program, and focuses entirely on individuals from the ages of 12 to 18. With TEAM, Sanchez had weekly, one-on-one meetings with a mentor to work on any relevant professional, social and academic skills and issues.

“The idea is that [mentors] really build up that connection and become a positive adult and person in their life,” Falk said.

TEAM meetings take place every Monday and Wednesday evening. Falk notes that Mondays are more casual and geared toward developing social and writing skills among the program’s younger mentees. Wednesdays, however, are a totally different can of worms. Those days are more rigorous — reserved for the mentees a year or two away from adulthood. During which, their mentors help them manage the demands of upper-level AP courses and navigate their path toward higher education.

Sanchez took full advantage of the TEAM program and continued attending meetings until he graduated high school — a milestone 100 percent of TEAM students reach every year. He then went on to attend DePaul University, where he’d eventually graduate with a degree in marketing. Two years out of college, though, Sanchez was back at a TEAM meeting at Erie House — this time, as a mentor.

“It’s less like paying my dues and more like a love I have for what they did for me,” Sanchez said regarding his return.  “Some of the same staff that was there for me is there for my student now, and I want to help them.” 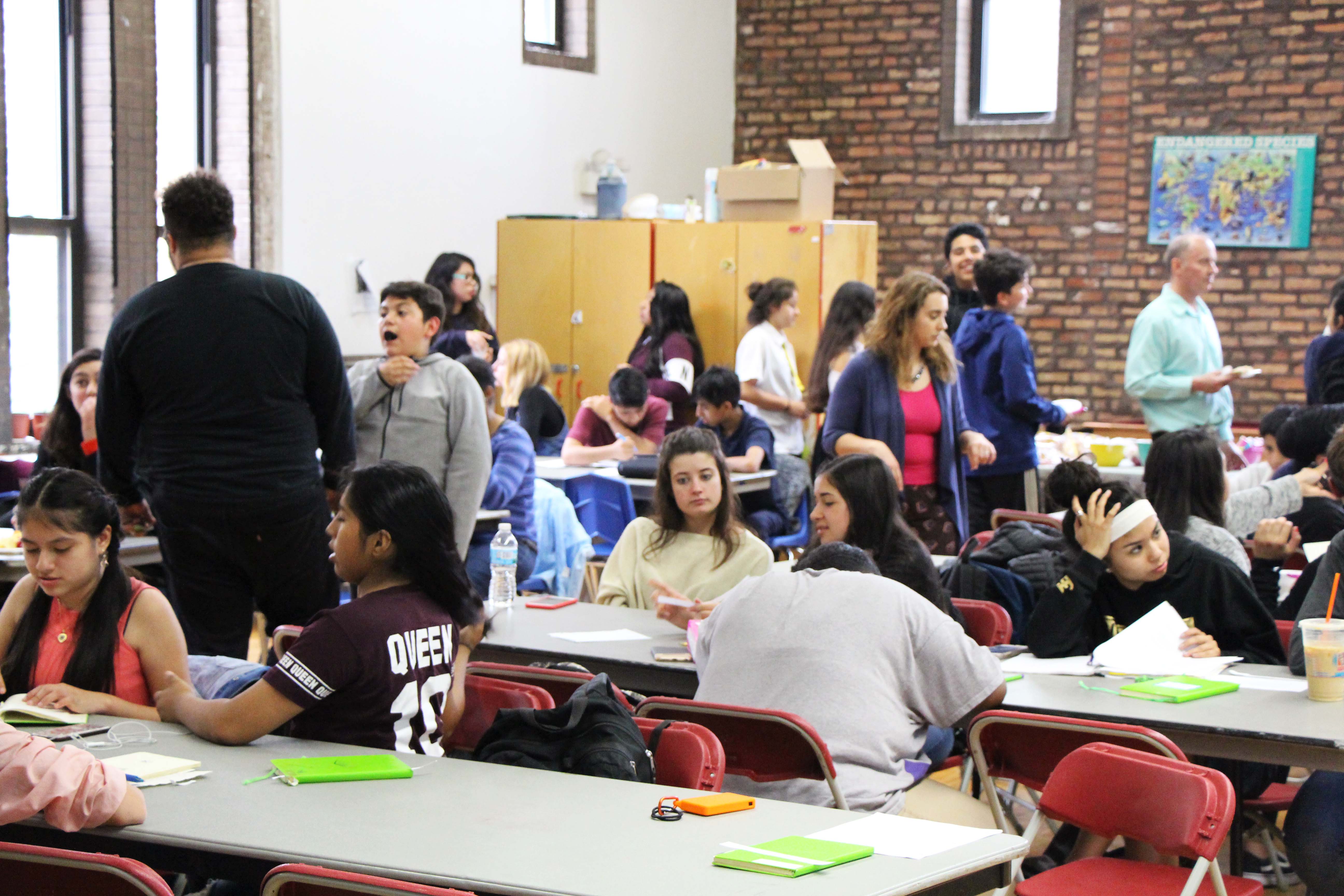 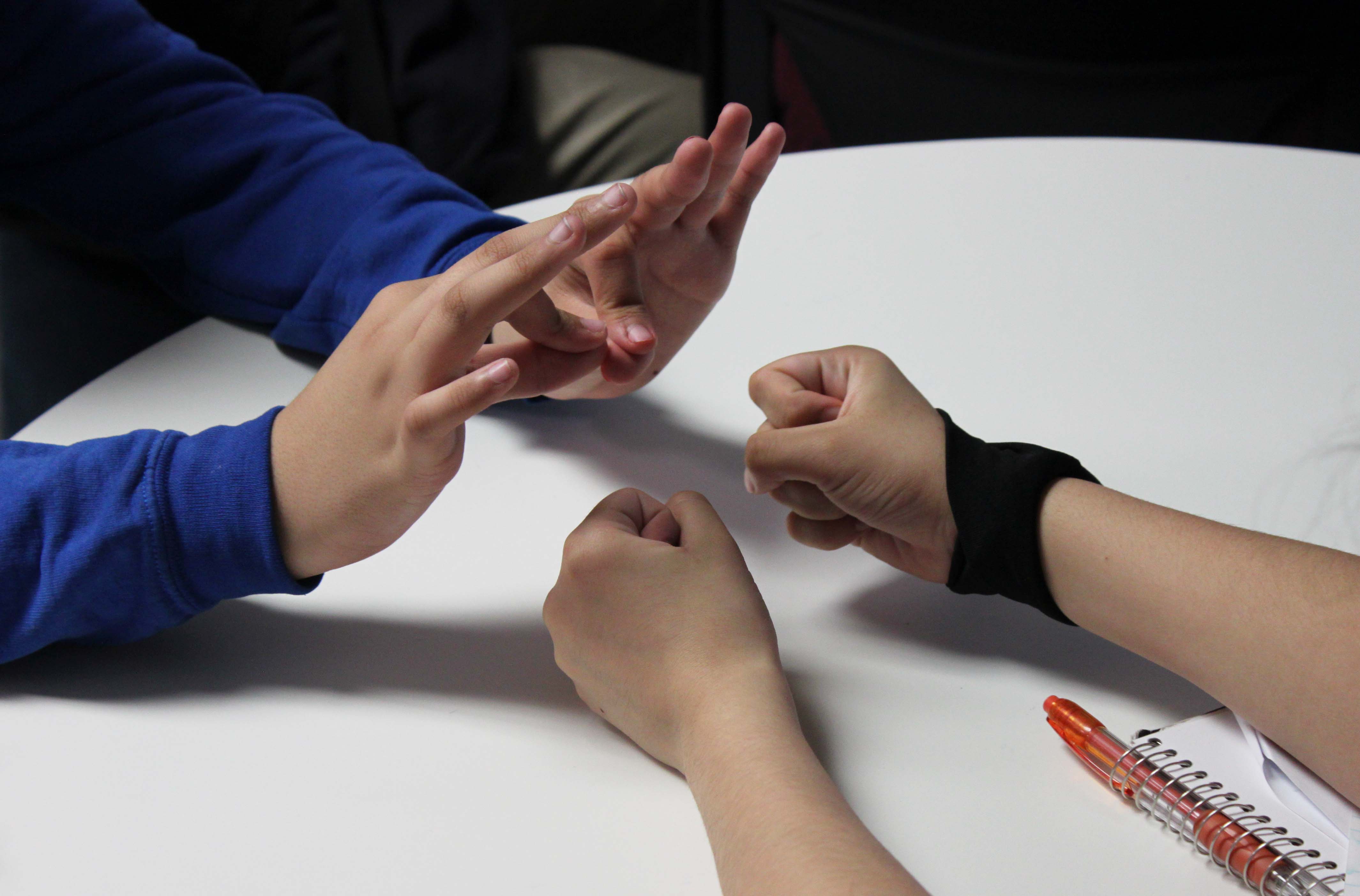 That’s because for people like Sanchez, Erie House is more of a community than it is a place — for good reason, too. Its deep roots in the West Town neighborhood can be traced back to 1870, when it was founded as the Holland Presbyterian Church. In 1886, the church relocated to 1347 W. Erie Street under the new name of Erie Chapel. Over the next 50 years, the church would dissolve and evolve into a neighborhood house committed “to the glory of God and service of his children.”

Today, the Erie House is focused on supporting Latinx families and individuals in West Town and beyond — regardless of anyone’s legal status. Its success in large part can be credited to volunteers like Sanchez who commit 90 minutes of their Monday or Wednesday to enriching the lives of mentees in the TEAM program. Considering his past involvement, Sanchez is uniquely equipped for the task at hand.

“I got paired up with a young me,” Sanchez said. “And he’s just like me — easily distracted and tries to take shortcuts on all the homework.”

Relatable teenage angst isn’t the only thing that connects Sanchez with his student. They also share a similar family dynamic. Both come from immigrant parents, though Sanchez is quick to point out that his student’s parents were a little more strict. Still, their shared backgrounds highlight the enduring success and need of Erie House

“[On mentoring] I just feel like it’s what’s right,” Sanchez said. “I don’t put it on resumes, it’s not on LinkedIn. It’s just what I should do, and what I want to do.”

The Sanchez approach to the TEAM program is humble one, but it is reflective of Erie House’s overall commitment to its community. In a time when the families and youth it serves have become a talking point, Erie House has stayed out of the political spotlight. Instead, similar to Sanchez, Erie House is unwavering in its mission to “do what’s right” by supporting others through compassionate and resource-driven means.

You can apply here to volunteer for the TEAM program. Other opportunities to work with Erie Neighborhood House can be found here.