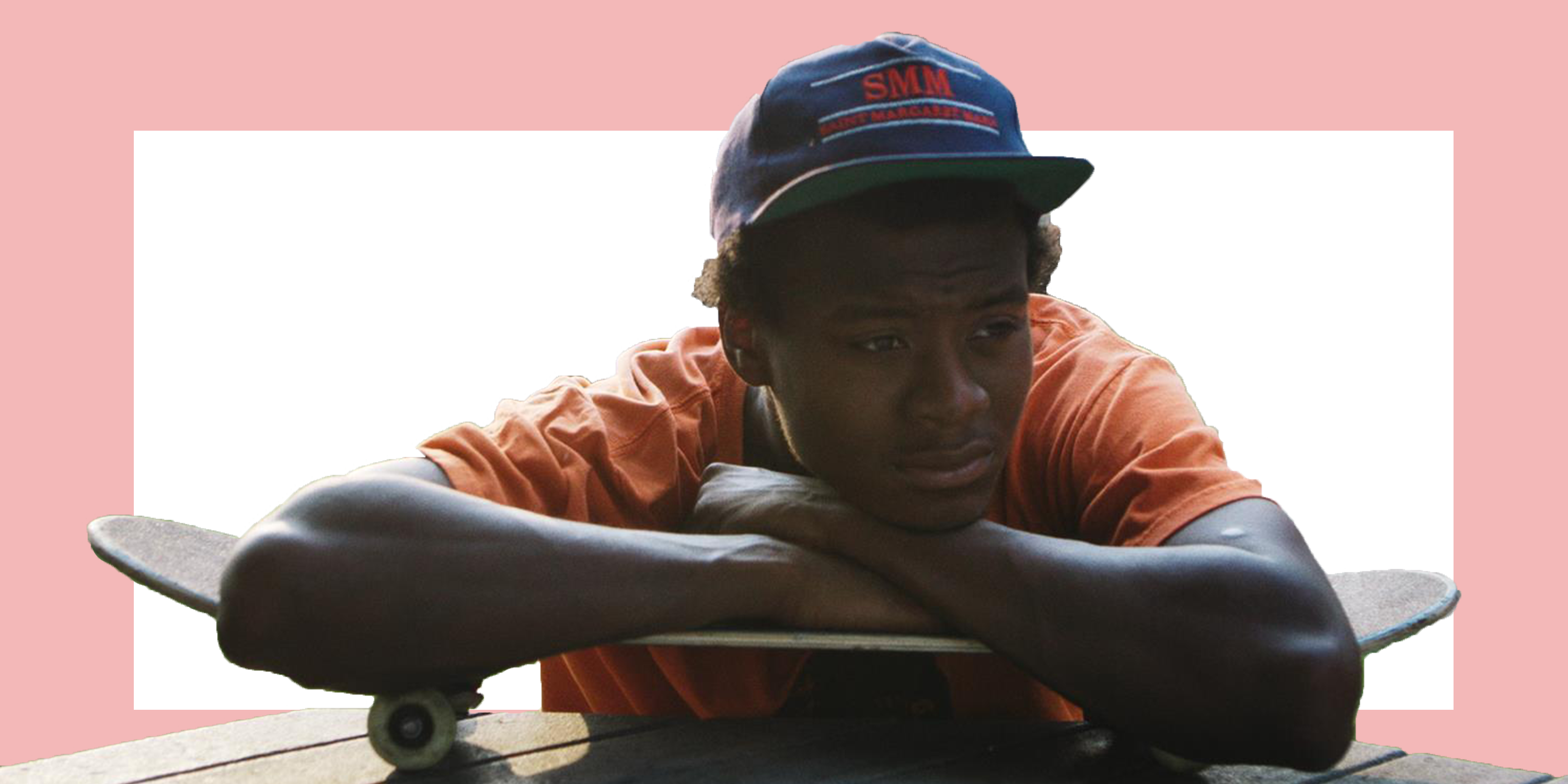 Bing Liu did not want to make a personal documentary. Minding the Gap, Liu’s second project which won the Breakthrough Filmmaking Award at Sundance, started as a survey film about skateboarders across the country and their relationships with their fathers. The film shifted its focus to his hometown of Rockford, Illinois — where it turned into a living, breathing depiction of toxic masculinity and the ways in which young men cope with their abusive pasts.

And at some point, Liu realized he couldn’t keep his story out of it forever.

Rockford is an old factory city in the Rust Belt where Liu grew up with his single mother. It’s just two hours away from Chicago, where he would later move to major in English at UIC and try to become a teacher. In his youth, Liu’s mother remarried to an abusive man and stayed with him for 17 years and, in a desperate attempt to escape his home life, Liu turned to skateboarding.

Liu spent his teen years trying to take his body back. He gave himself bruises of his own making and found solace in the shared stories of abuse with the people he skated with — creating a supplemental family.

“Now that I’m older and I feel like I have a different definition of family, that wasn’t really family,” Liu said of the relationship with his friends. “That was an excuse to be not alone but also not be vulnerable. I liken it to New England hockey fans at a bar — they’re not alone but they’re interacting through this medium of beer and hockey. There’s diminishing returns within the idea that skateboarding is as connective as family.”

He also absorbed himself in media: music by The Mountain Goats, books like Catcher in the Rye, Perks of Being a Wallflower and films like Kids and Gummo acted like support networks and things to bond over with his friends.

During this time, Liu filmed everything. He started by making skate videos of his friends and quickly turned into a therapist. In many ways, Liu attributes this to the beginning of what would later become Minding the Gap.

“I was crashing couches and driving across the country just sort of searching,” Liu said. “I was sitting people down for the first time, strangers, and helping them work through things. It was like these indie-movie tropes of connecting with people.”

Liu has a personal relationship with everyone in the film and he doesn’t shy away from it. There are serious interviews cut alongside them chatting like old friends. He doesn’t pretend to be an objective documentarian because he’s personally invested in these stories, these people, and it makes for a more authentic picture. “This is more real than pretending the fourth wall exists,” he said. 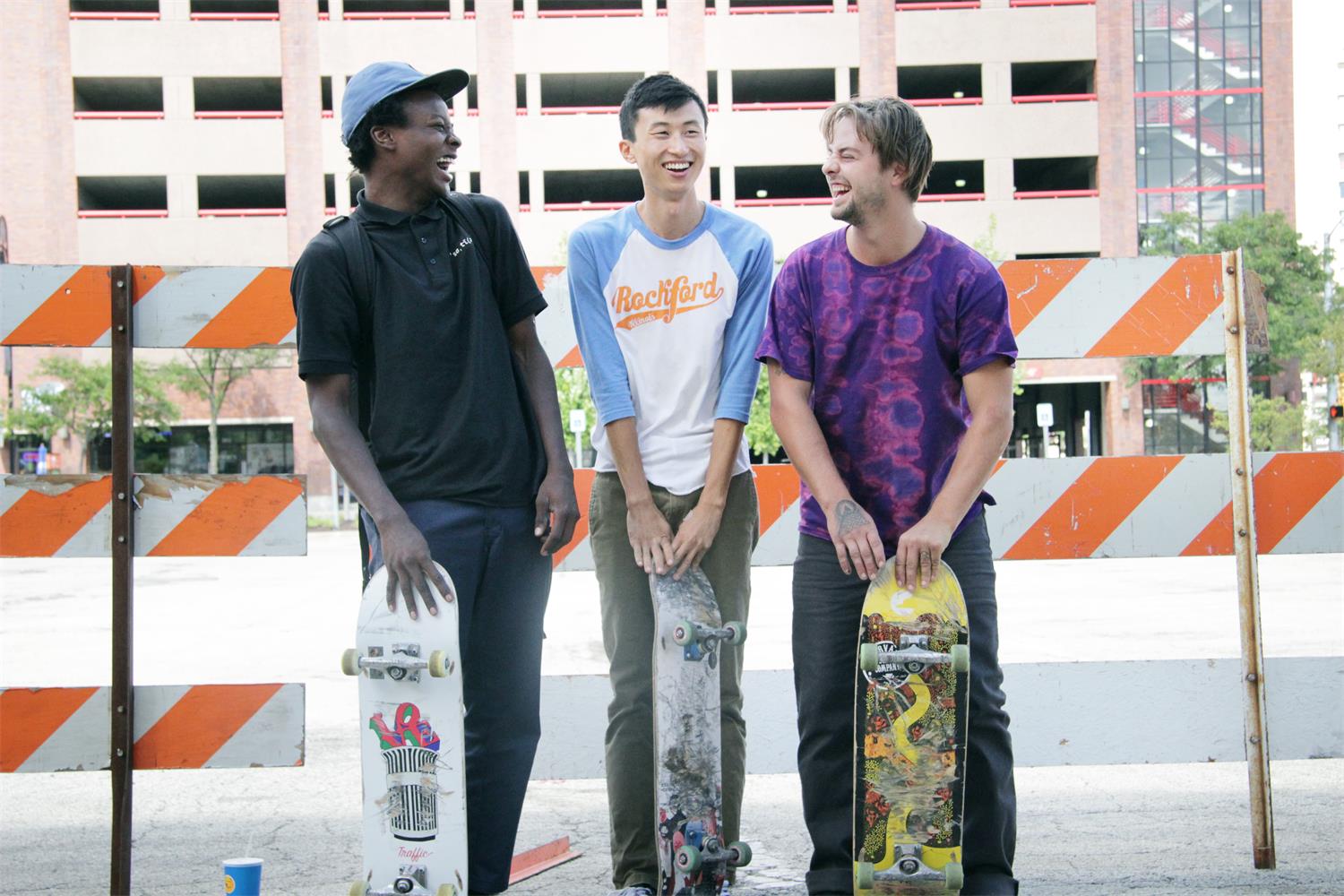 Liu realized that while abuse was common among the skaters he talked to, everyone was at a different stage of the healing process. Oftentimes, abuse was played as just a part of life. It was normalized to the point of numbness, or it had hardened like an impenetrable shell over time.

For Keire, a younger skateboarder and one of the focal subjects in the film, it was still raw. Like the others, Keire turned to skateboarding to escape a home of abuse. He formed something resembling a family, a community through skating on a board with “this device cures heartache” etched in Sharpie on the bottom.

“The ones that stuck with me we’re people who had talked about it for the first time,” Liu said. “With Keire, he hadn’t quite hardened. He was beginning the journey of processing it and that’s specifically what I saw myself in.”

At the same time, Keire is coming to terms with the death of his father. Once an abusive figure in his life, he still maintains a love for him in an effort to forgive and to deal with his past. Near the end of the film, he compares his relationship to his father with skateboarding, something that hurts him but he still does because he loves it.

The tone of the film changes when it’s revealed that Zack, another subject in the film, is abusive with his girlfriend Nina. What started as a project about how deep seeded abuse and harmful masculinity can be ended up showing those things manifesting in one of its protagonists in real time.

Zack, like many of the other skateboarders Liu met, had hardened over his abuse. Of course his dad beat the s—t out of him, of course the cops were called. That’s just life, right?

“I think the root of a lot of unresolved feelings is just this paradox of having these people in your lives that are scripted to love and to receive love from — and [then] to feel pain from them,” Liu said. “It’s really confusing and no one lays it out like that when you’re a kid. If you’re lucky you can see it like that when you get older and then work through it, but for many people it just becomes more twisted and something hardens and it becomes harder to access.” 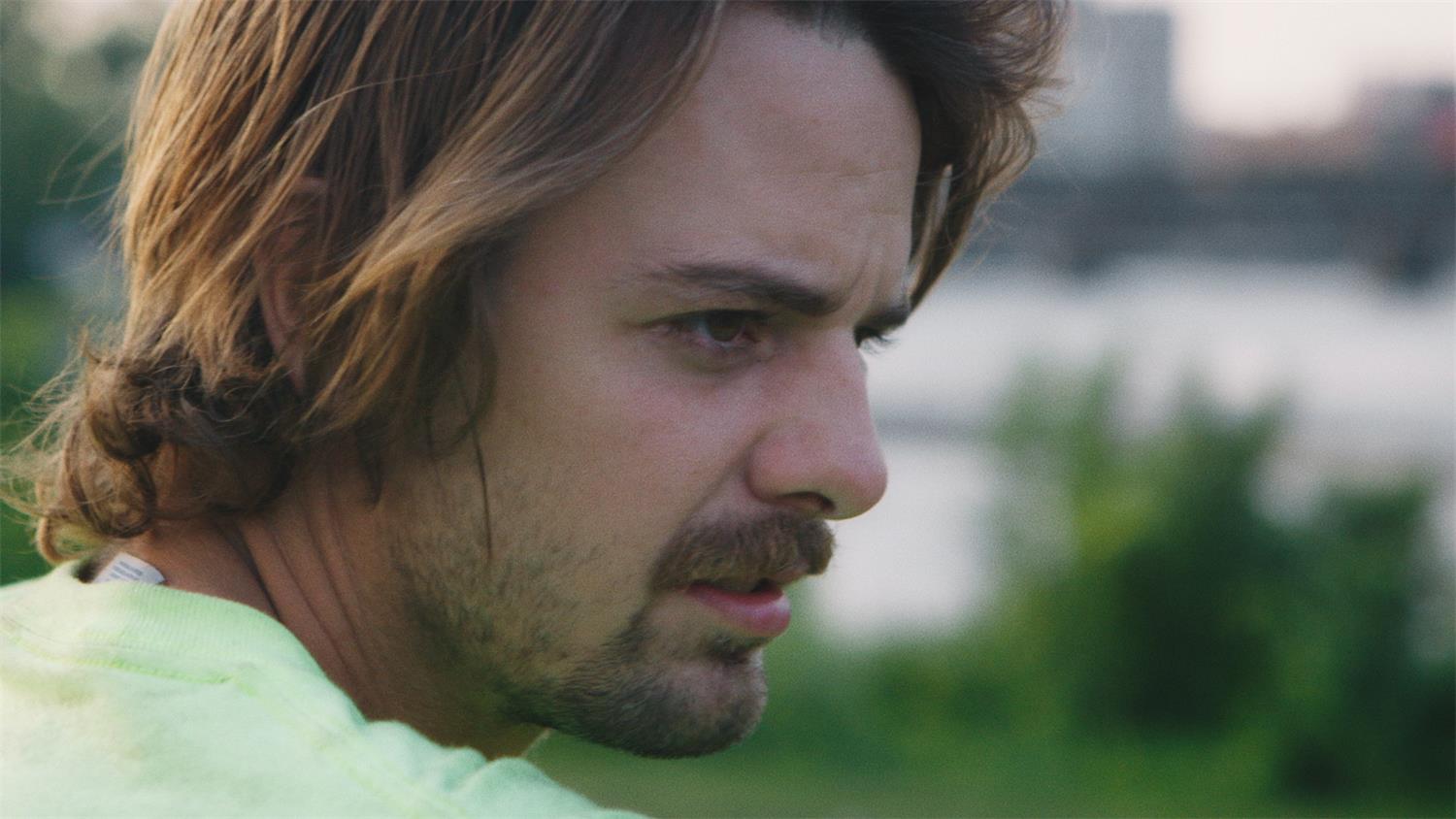 Zack Mulligan in Minding the Gap. Photo courtesy of Hulu.

Liu started to lose faith that Zack could access these emotions, maybe he was too far gone to see how his own behavior became abusive. He found himself struggling with how to hold Zack accountable while still portraying him, and the topic of abuse, complexly.

“I had to answer the question, “What gives me the right to go there?’” Liu said. “I was looking for a way to be vulnerable. How do you be vulnerable when you’re the one telling the story? And then it became about control; how do I give up control?”

For Liu, giving up control was addressing his own trauma head-on. His interview with his mother is one of the most powerful moments in the film, and it looks completely different from anything else in it. The lights are harsh on his mother as Liu confronts her about the abuse that went on for so long. There are cameras on both of them, taking the audience out of the fourth wall and bringing them into the moment: the reactions, the pauses, the silence.

At the height of Zack’s arc in the film he confesses, “You can’t beat up women but some b—ches need to get slapped sometimes, does that make sense?” It’s followed by a cut to Liu, looking at his mother — both of them sitting in the silence.

Liu’s mother was trapped in the cycle of abuse with Liu’s stepfather, too. She was so blinded by his mask of sweetness and her fear of being alone that she couldn’t see the bigger picture. Growing up, she saw her parents fighting and she wanted to be different from them. But abuse doesn’t exist in a vacuum, it’s all consuming and seeps out in unexpected, complex ways.

With Minding the Gap, Liu is broadening the mainstream discussion of abuse. Abuse contains the multitudes of emotions and it affects everyone differently because of that. As an English major, a lover of language and a filmmaker, Liu wants to have more open conversations about abuse — because it’s in the silence that trauma is able to thrive.

“Movies that are about domestic violence and child abuse are just tonally and emotionally stomach wrenching the whole way through, but the actual experience of growing up with abuse is more of a colorful wheel of emotions,” Liu said. “You still have hope and joy and pain — it just sort of becomes the ether of growing up, it doesn’t define you. I think that’s one way I thought about doing Minding the Gap differently and bringing these themes of violence. How do you make a film about domestic violence that’s bigger than ‘Did he hit her?’”