The Plant Brings Sustainable B.. 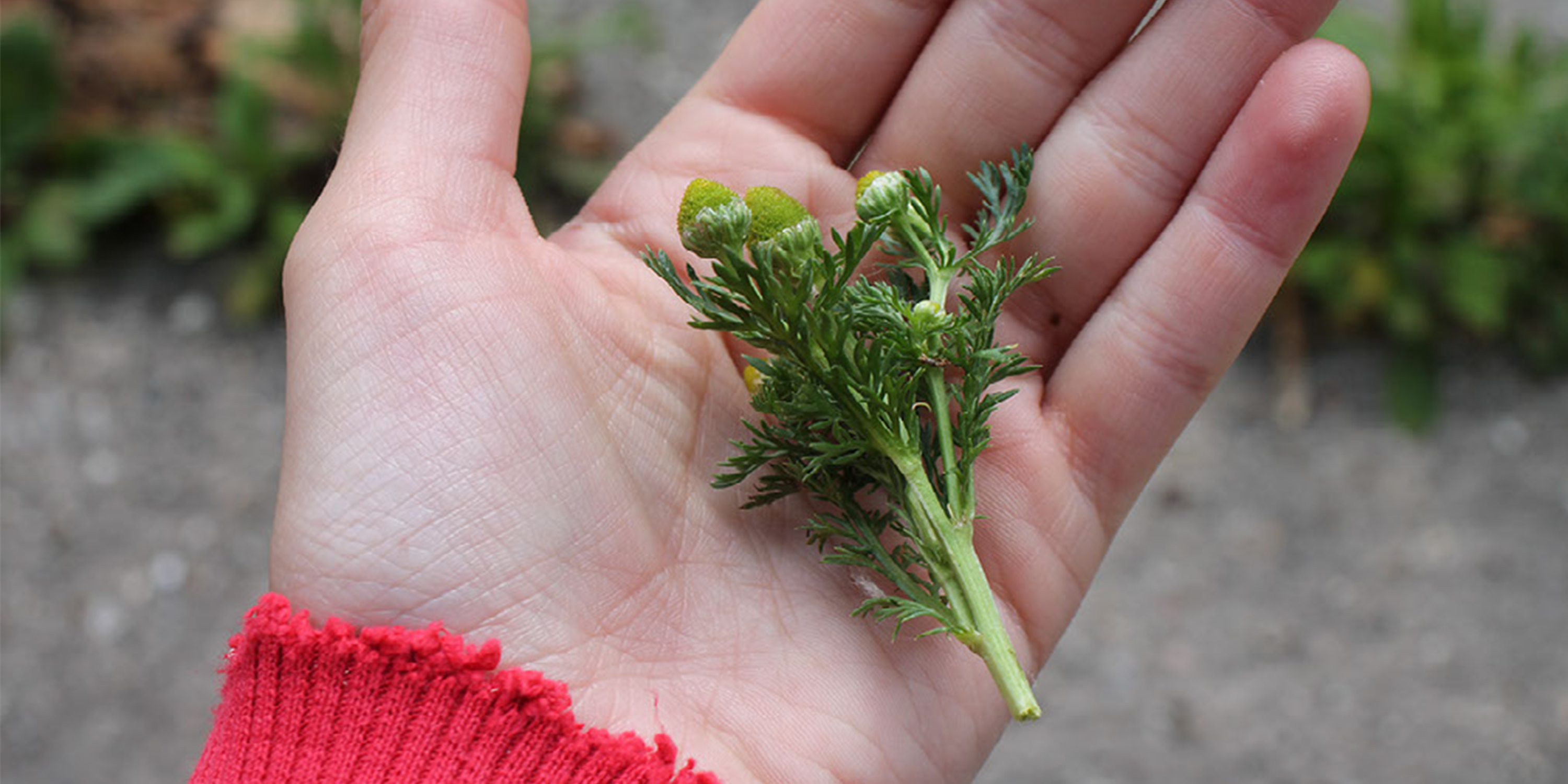 On a warm Tuesday morning in late May I met up with David Odd, a stand-up comedian and owner of Odd Produce, who has been professionally foraging since 2009. Growing up in Skokie, Illinois, near Emily Oaks Nature Park, Odd grew familiar with foraging at a young age when his friend’s mom gave him a book about foraging. I tagged along on his weekly foraging expedition, making it my goal to continually say “yes” and to not being afraid to try new things.

Foraging is when someone searches far and wide in order to find and obtain food or provisions from nature. Chicago chefs such as Ender Oktayuren, executive chef of Steadfast, have been entering the world of foraging both by plucking these freshly foraged goods for themselves and by buying them from local foragers.

“The best produce is grown wild without human influences involved in keeping the plant alive, bug free, and producing high yields,” said Oktayuren. “If you start with a great product then you don’t have to do much with the product to make it delicious.”

The once beloved farm-to-table concept has taken on a new form, being pushed aside to make room for the forest-to-table concept. “foraging,” is taking over the Chicago restaurant scene kitchen by kitchen. 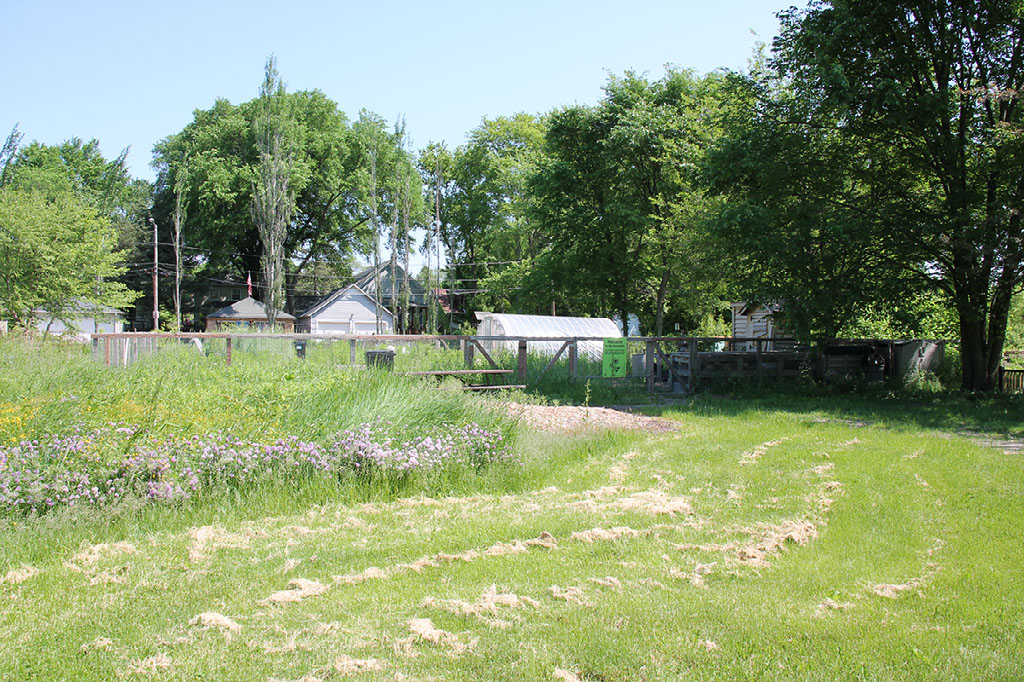 It was shocking to see all of the edible plants we came across, including Poor Man’s Pepper, wild onion, violets, wild lettuce, mulberries, lemon balm and hostas. As the day went on, Odd and I visited a community garden in Evanston where we continued to forage. While we roamed garden plots, sidewalks and alleyways, I learned valuable tips and tricks on how to forage in Chicago.

I learned from Ian Nelson, a chef at the Logan Square restaurant Jam, that the flower tops of chives are edible and used by many restaurants, including Jam, for garnishes.

The recent obsession surrounding the use of foraged goods can be traced to Noma, a two-Michelin-Star restaurant in Copenhagen, Denmark. Noma’s head chef, Rene Redzepi, has taken “forest to table” to new levels, spreading the movement’s roots all over the world and encouraging restaurants to use locally-sourced ingredients. One such dish is Noma’s moss and cep, a starter featuring crispy deer lichen, “cep” mushrooms and green moss.

Although many people may not think of a city like Chicago as an agricultural hub for this kind of cooking, chefs here have shown that Chicago has a lot to offer in regards to the foraging movement.

“The Midwest is plentiful with wild products: mushrooms, green flowers,” said Oktayuren. “You just need to know what you are looking for and you will find it.”

The demand from restaurants in Chicago to use foraged goods raises an important question — how do they obtain these freshly foraged items? The restaurant industry is competitive, so how do chefs have time to source all these items and still keep up with running a kitchen seven days a week? The answer is Odd.

“I think it’s hilarious how this is an alien concept to people, when foraging food is one of the oldest things humans have had to do,” Odd said in an article from The Chicago Tribune. “When I take people with me, I will pick an apple off a tree and offer it, and they’ll be like, ‘No, I don’t know where that thing has been.’ And I’m like, ‘It’s from here! It’s from this tree!’” 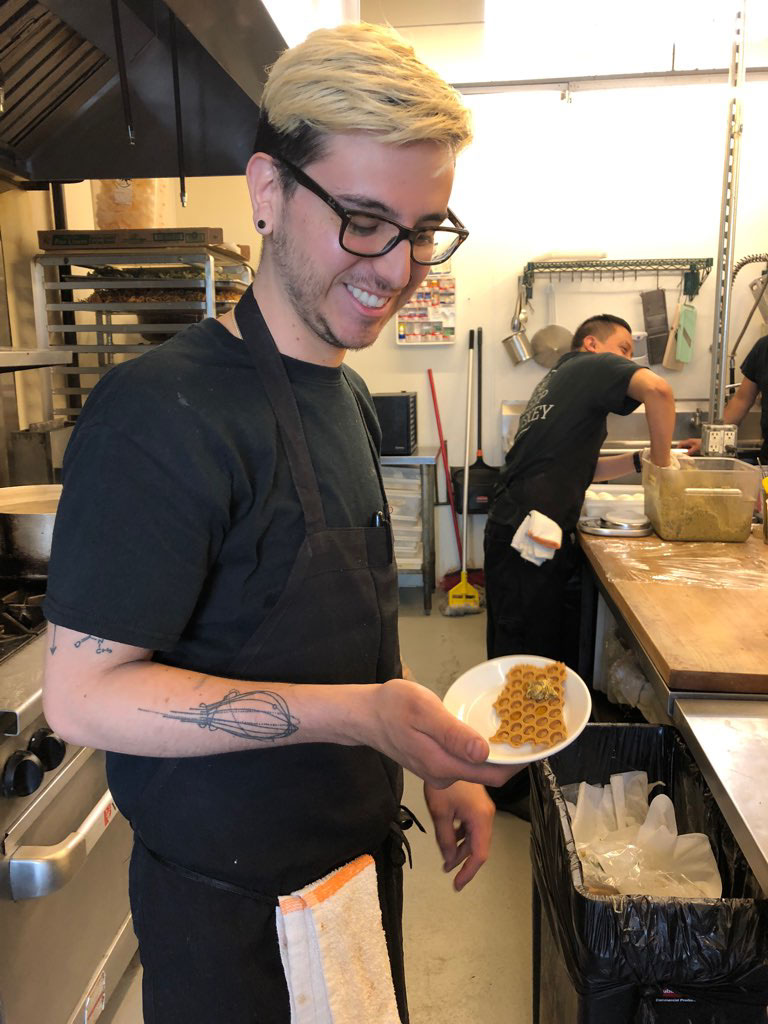 Kelly Helgesen is the pastry chef at Parachute, a small, independently-owned restaurant in Avondale serving globally-inspired cuisine. According to their website, they like to call it “Korean-American fusion.”

Helgesen purchased a few products during our visit, one of them a plastic clamshell of kaffir lime leaves, the leaves from a citrus fruit native to southeast Asia. The leaves have a very strong, delicious scent to them and I was curious about what she might use them for.

“I am not sure what I will end up using them for, but knowing I have them will help me think of a new dish,” said Helgesen. “Foraging is something unique because it’s stuff that other people don’t have.”

Head chef and co-owner of Cellar Door Provisions Ethan Pikas felt similarly. Pikas said, “There are much stronger flavors to the foraged items, meaning you can add less to the dish and still have a strong flavor profile.”

All of the chefs I spoke with who purchase their foraged items from freelance foragers, such as Odd, said that they would prefer to forage themselves, but don’t have the time. This is what has made foraging such a lucrative business for individuals interested in the craft, including Odd. Approximately six clam shells filled with onion flowers can take in up to $200 — and that’s just from one foraged item.

Another forager I spoke with, Alan Muskat, from Asheville, North Carolina, sold his foraged goods to restaurants for 15 years before transitioning into a career teaching people how to forage themselves. He founded the first forage-to-table tour company in the country and began running No Taste Like Home, the largest foraging education organization in the world.

There are four main reasons why Muskat says he forages: It allows him to be independent, it’s healthier and better for the earth, it is interesting and has more variety and it connects him with the earth.

The growth of foraging within the Chicago restaurant industry has chefs calling upon professional foragers and citizens such as ourselves to help provide them with the tools they need to create art within the kitchen.

Executive chef Maxwell Robbins of Longman & Eagle said, “There was a time when restaurants foraged for themselves.”

Robbins says the decline in restaurants being able to do so has to do with the overarching issue of labor costs within restaurants.

“Margins are incredibly small and we have to be more creative with how we use labor nowadays,” said Robbins. 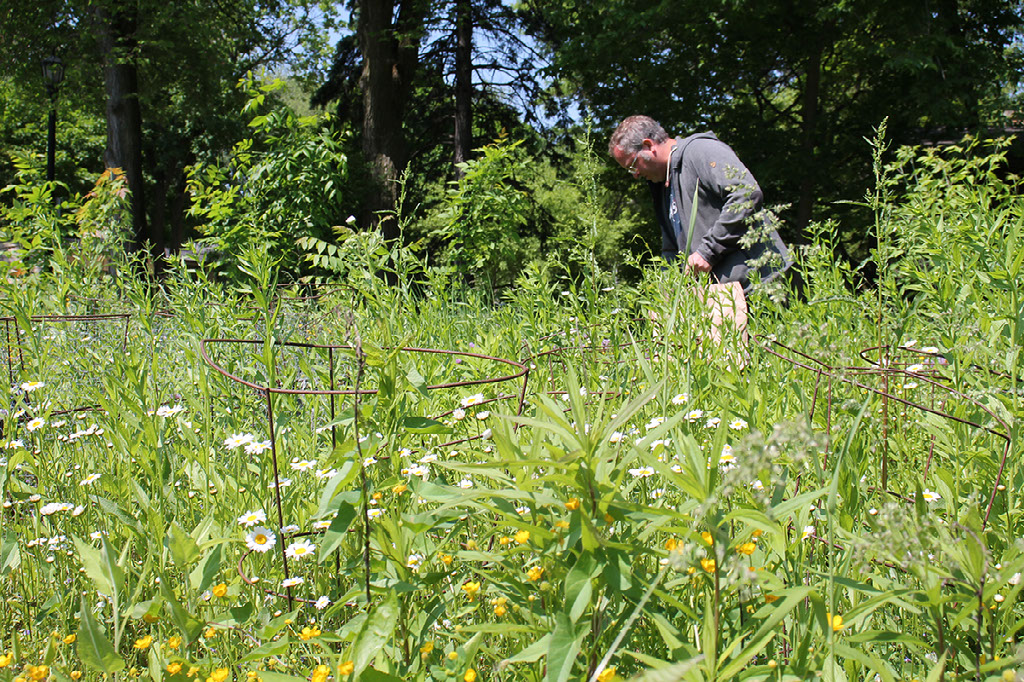 The lost art of foraging has made a resurgence in Chicago’s restaurant scene over the past several years increasing the demand placed on local foraging professionals, such as Odd. As this trend continues to grow, Chicago chefs have become dependent on foragers to provide them with the resourced goods they need.

The minimal amount of these professionals in the area is leading to a call for action in the Chicagoland area. So, put on your hiking boots and hit the streets — but, if you decide to join the movement, keep Muskat’s number one piece of advice in mind: