Equity, Inclusivity and…Straws? What to Know...

Equity, Inclusivity and…Straws? What to Know About Your New SGA President and Vice President 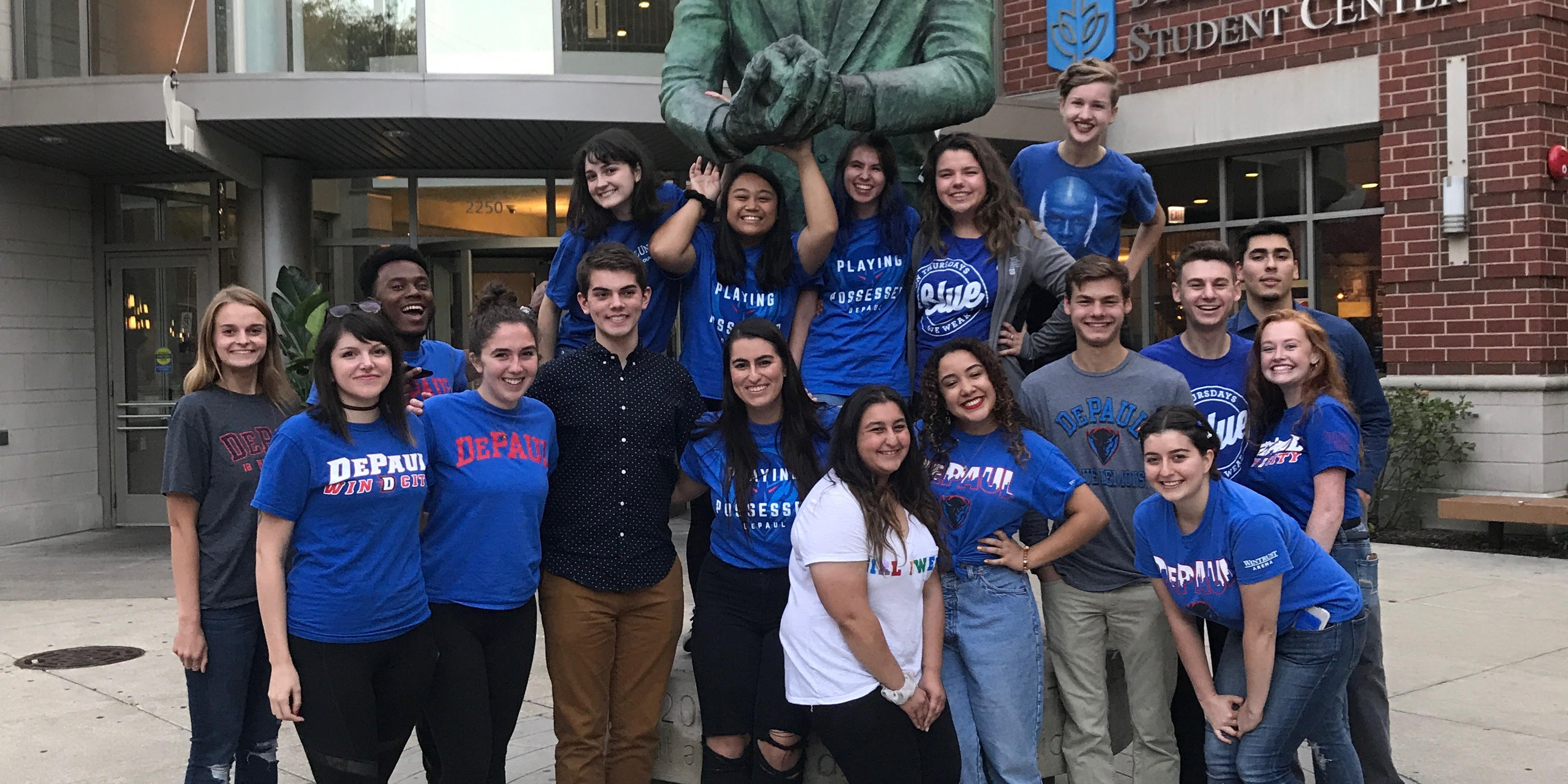 Last April, now-seniors Nahal Hashemian and Emily Hoey had no plans of running for DePaul’s Student Government Association (SGA) president and vice president. That is, until the field of candidates was wiped in a long series of disqualifications. When the chaos cleared, Hashemian and Hoey — then serving as chief of staff and senator of the College of Education — threw their hats in the ring and ran unopposed, securing seats as SGA president and vice president for the 2018-19 school year.

Six months later, the school year is in full swing, and the new administration is rolling out new plans and initiatives focused on sustainability, equity and promoting campus resources.

Q: Why did you decide to throw your hats in the ring after such a chaotic election series and run unopposed?

Nahal: I think the overall was that we both knew we wanted to give back to the school that’s already given us so much, and with everything that had been going on with the previous candidates, the timing really just opened up and we were like if it’s time, it’s time. We’re just gonna step up to the plate.

Emily: Exactly — there was a need and we were there to meet it.

Q: What compelled you to get involved with student government to begin with?

Emily: I’ve always felt called to positions that require a leader or to be a facilitator for other people, which is what I think called me to be not only a senator for the College of Education but also to run for vice president for this year — it’s a really great facilitation role. You’re not just saying “Oh, these are my ideas and this is my agenda,” you’re taking the energy that’s in our general body that of course represents our student body and probably channeling it to make sure that those things are happening.

Q: What are some of your plans for the upcoming year?

Emily: We have three big initiatives that are what we ran on, which are loosely broken up to cover our three big committees that are represented by our various EVPs. So we have four big committees and three big goals that align with those: the first one is sustainability, which we’ve already made some great progress on this year. That’s really just making this campus a lot more green. We pride ourselves on being a pretty green campus but we just want to just make more tangible resources available to students and making what we’re doing more visible. Another goal is making course evaluations open and available to students in all the different colleges, which aligns with our academic affairs goals. And our student affairs goal is making resources available related to mental health and sexual assault on campus, since that’s a prevalent issue and we want to make sure that we’re not just raising awareness but actually doing things for students.

Nahal: And that kind of pushes on things we already have existing at DePaul like the Office of Health Promotion and Wellness, and they do an incredible job. It’s elevating the presence of things that we already have and then introducing new things as well.

Q: Is there any restructuring that’s going to take place under a new administration?

Emily: We actually just voted to add a new EVP of Institutional Diversity and Equity, which is a brand new EVP role, and we’re sort of basing this year and creating a new formal structure for that position and the senators that will fall underneath that role.

Q: What motivated you to make that a position early on?

Nahal: It was a mix of things, but I think primarily that we are a Vincentian institution and we focus on our mission, and our mission includes students of color and underprivileged students, and they fall under the diversity category. And diversity isn’t just a word to plaster on a wall to fill that need or a box to check, it means having a representative student body.

Emily: So that’s again directly related to the people we have on our team. We have a lot of new senators that we’re lucky to have as part of our general body and so one way that we’re able to connect those different resources on campus is by matching them with people that are involved in them…they have connections all over the place which allows them be like in those settings, and we’re not an elite little clique up in an office. So we’re connecting in those ways, but to answer your question about elections and voter turnout, we actually created another new position…so Lizzie LaChapelle is our elections and community engagement coordinator, so that includes her role as chair of our elections operations board and that is the board that their entire mission is to ensure that elections run smoothly and to increase transparency with the student body to make people feel like they want to vote. Because you’re right, we have a lot of people on this campus, and they should be involved in this process. So that’s her whole job, to make sure students want to be a part of this process.

Q: Do you think that people want to see student government have more direct control like that?

Emily: I think it just looks different here than at other schools because we have a smaller budget and what it at least sounds like the structure is at other schools, is that the student government is sort of the top of the pyramid and then distributes things below, whereas we’re located a little bit more laterally with everyone. So we have semi-equal funding, that way we’re able to fund different things that we are doing but not other specific organizations.

Q: Is there anything else you’d like to say?

Emily: We took a good hard look at what went really well last year and what we wanted to continue, but also things that we can definitely improve on, so by adding another PR coordinator, by adding someone who’s entire job is to watch over elections, someone who isn’t running for an additional position, that’s very helpful. It’s not easy, but that’s the job. It’s not easy but it’s hopefully doing good things.