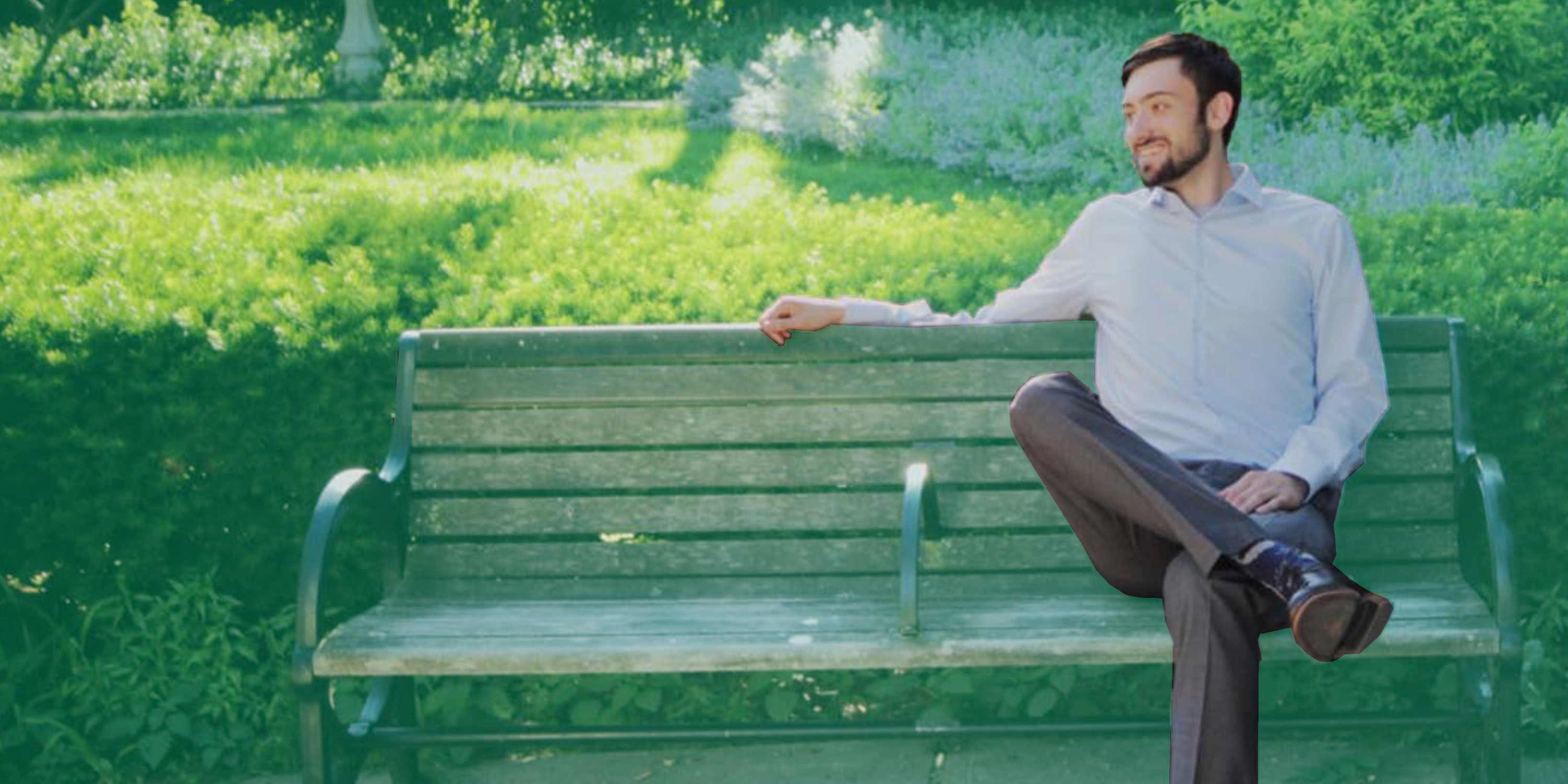 This June, before current Mayor Rahm Emanuel announced he would not be running for reelection and the floodgates opened for a slew of potential mayoral candidates, Matthew Roney finished his finals. Then, he filled out a D-1 Statement of Organization form to announce his run as an official candidate in the 2019 Chicago mayoral election.

The DePaul senior and political science major talked with 14 East about his experience, campaigning process and plan to form a new political party.

14 East: So why did you decide to throw your name into the mayoral race?

Roney: I’m just tired of having to basically pick between two options, like the Trump and Hillary, JB and Rauner. Especially the 2016 presidential election, that was the first time I was given the opportunity to use my right as a citizen to vote and I was really disappointed with my options. And I felt that neither of these candidates were really understood what the average person was thinking about, what the average person cared about, the direction the country needed to go in. So I decided to run because I’m very passionate about my ideas and running for mayor of Chicago gives me that opportunity to bring some ideas to light and hopefully get other people to kind of understand what a different model of city government would look like when we focus more on health, sustainability and wellness instead of giving DePaul millions of dollars to develop their sports arenas, giving developers millions to lavish condominiums. Just trying to change the conversation about what a healthy, balanced city should look like.

Roney: What I’m trying to do right now is I’m trying to build a new political party. We’re called the Garden Party because the idea is our roots are in the neighborhoods and the people that live here. I’m also trying to get other people, especially in marginalized communities where they don’t feel like they’re engaged in the political process and they don’t feel like their government is doing anything for them, the opportunity to essentially build a new political party where they feel like they’re more engaged and that they can feel like this organization is working for their collective interests.

So I really look at kind of working with businesses booming in our downtown sectors in the loop, west loop, and trying to funnel some of that money into the neighborhoods where there’s a tremendous amount of poverty and violence. The idea is that if you can stabilize the neighborhoods around Chicago and you don’t have, for instance, seven people getting shot over a weekend like we did over Lollapalooza weekend, then Chicago will basically go from being the second city into what I call the magnet city. It’s this idea that if you improve the quality of life for the people that live here and you don’t have all of that violence happening, all that poverty, all that unemployment, then you will literally serve as a magnet and attract jobs and industry.

14 East: there’s some big names in the race who have been in Chicago politics for a while. What can you bring versus someone with more experience?

Roney: With regards to everyone else, I am the youngest and least experienced. But that’s not such a bad thing. I also have a different perspective, especially with my background with the pharmacy aspect and some of my time traveling, I’ve just taken things that I’ve met from different people and that’s kind of how, I’ve essentially molded it all together to come up with this public policy platform. Even though I’m by far the youngest, I’m optimistic. I know what can be done and what needs to be done and how to do it. It’s just all about getting those people to understand their potential and their worth and try to bring them into that political process.

Deciding to run for mayor has forced me to visit a lot of these communities and interact with people because you need to know the city like it’s the back of your hand, literally. It’s extremely strange just how, like when I go into some of these communities I feel welcome and I feel respected, especially Lincoln Park, Lakeview, Rogers Park. But when you go into other neighborhoods, particularly on the South and West sides, they don’t see me as someone that’s invested in the community, that’s trying to bring value to the community. Especially the more you venture around — you’ll go into a lot of these communities — you don’t have grocery stores, you have liquor stores. You don’t have banks, you have currency exchanges.

It’s that conception of danger and what makes a vibrant community that forced me to run for office. They do not have access to much but they have their family to support them. And then they are also able to go to the doctor when they’re sick, and they have access to fruits and vegetables, so I’m trying to try and bring that concept back.

14 East: How has your time at DePaul helped prepare you for the race?

Roney: Being at DePaul has given me the opportunity to get out of my shell and as you know we learned with St. Vincent that question of what must be done. I’ve really taken that to heart in trying to figure out what goes on — because I go into these communities and when I get stopped by police officers I always tell them I’m a student doing a project trying to learn what’s going on in a community where I can see value and worth with that and to focus.

The reason I got into politics is because every single thing you do is political. Whether you can afford your medication or that you can go to a good doctor. I originally wanted to get a career more in medicine. You can be the best doctor in the world but if your patient can’t afford your treatment or their chemo drugs, there’s nothing you can do for them. That’s the same thing even in the city of Chicago, like you live on the north side of the street or the south side of the street and that determines what kind of public school education you get access to, whether people discriminate against you living in this neighborhood or that neighborhood.

14 East: When did you officially decide to run?

Roney: Basically after I took my final exam in June. I’m trying to build this new political party because I wanna have an event where people come they see that it’s not just some white guy from this part of town, they go to this event and see an Aldermanic candidate from this neighborhood, from this Latinx neighborhood, from this Chinese neighborhood and this African neighborhood — and then it has that physical representation that this is a united front, this is uniting us along racial and ethnic ties. We’re here because we’re all invested in our collective interests.

Everyone wants the same thing, everyone wants jobs, everyone wants good education, everyone wants to feel safe — even when they’re interacting with a police officer. So that’s the idea behind the new political party, trying to get different people around — especially as a white male in particular — when I go into communities of color and I talk about some of my policies that are definitely designed for the people that live there, you kinda come off as either being a white savior or they’ll give me that rhetoric of ‘we’ve heard this before, like it sounds too good to be true it’s not true.’

14 East: What has been the response from the DePaul community?

Roney: Even though I am a DePaul student I’m also kind of in a delicate system because I’m enrolled in the programs. I respect their decision but like to spread the word just a little bit like ‘hey, there’s this DePaul student running’ to get access to that 160,000 DePaul alumn network. It’s a delicate balance. A lot of my friends, they’re supportive of me, but that’s the problem. We don’t have wealth, we all have debt, and we’re all going to school full-time and working part time so they’re trying to help me out with what they can give me. It’s not as sufficient as I need it to be, at least in getting the amount of signatures, but my friends support me. They help me out when they can but midterms are going to be in three weeks, too. Once midterms start I’ve got to take a step back and actually hit the library.