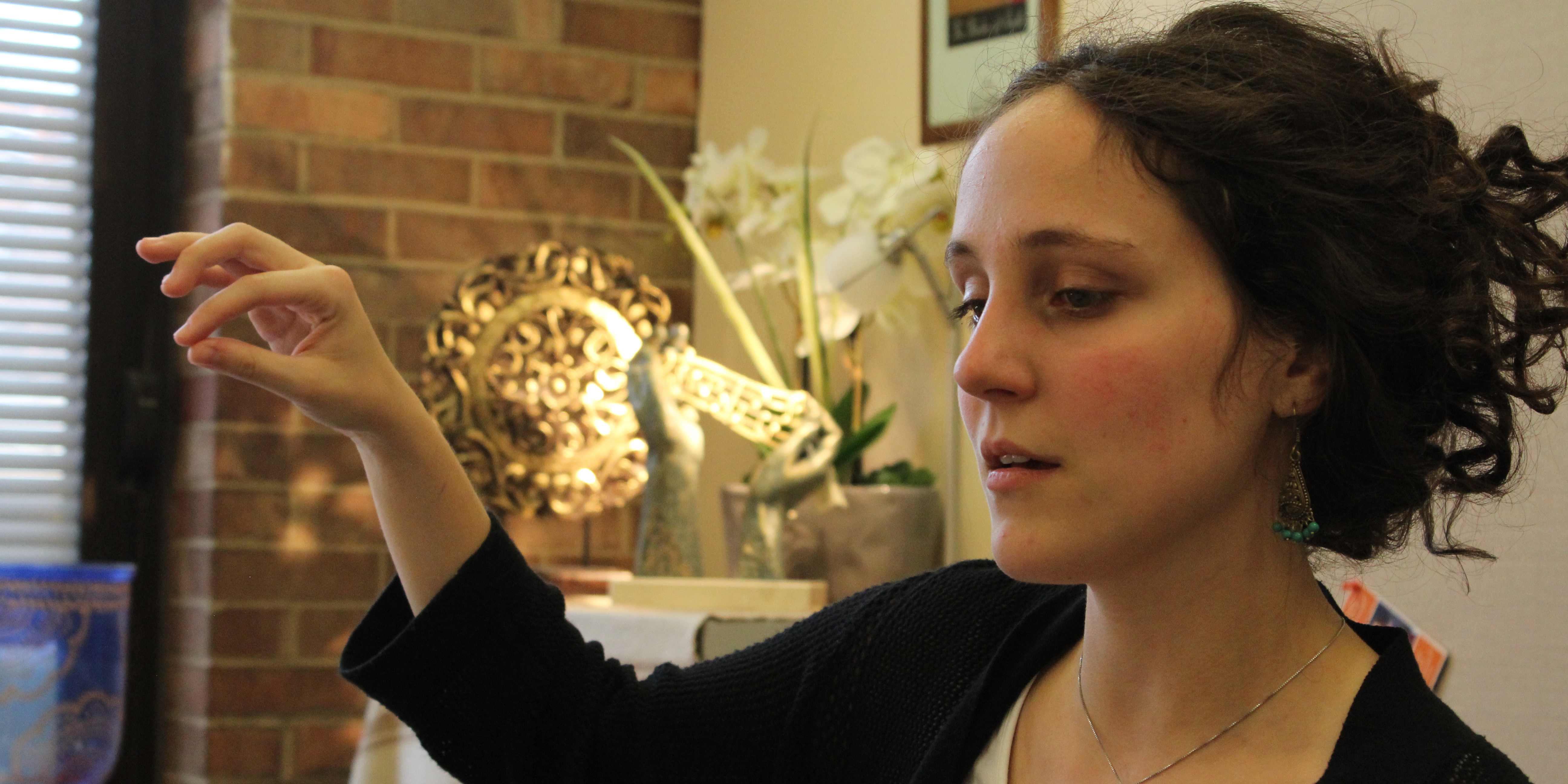 With two major campuses and 10 schools and colleges at DePaul, it’s easy to feel isolated from other students, particularly those in the Theatre and Music Schools, whose classes are much more focused on their major. However, the opening of the new School of Music building serves as an opportunity to learn more about music students, including how they found their passion and why they chose DePaul.

The Study of Voice Performance

Erin Hogan, a sophomore in DePaul’s School of Music, is from Grafton, Wisconsin, and a voice performance major in opera. She decided to pursuea  music career when she was in middle school. In sixth grade, she received the role of Sister Bertha in a school production of “The Sound of Music.” That same year, she got into the honors choir, furthering her desire to pursue music performance. Hogan knew going into high school that music is what she was going to pursue after seeing the movie “Steve Jobs.”

“Steve Jobs knew what he wanted to do,” Hogan said “He had a plan. He was so methodical about it and he did it.” Hogan plans to be strategic in her music career, too.

Like other music schools, performance majors must audition at DePaul to be considered for admission. Hogan applied to Eastman School of Music, Oberlin Conservatory of Music, Lawrence University, University of Michigan and DePaul, which she decided to attend because it offered her the most financial aid.  For every school, Hogan had to do a pre-screening video of her singing. If the faculty liked what they heard she got to audition in person.

Starting with her classes, it’s all music all the time. Hogan’s schedule is four classes every day, Monday through Friday. Classes include aural training, coaching, practice and music theory. Voice performance majors like Hogan must take Italian, French and German diction classes, since opera is typically written in those three languages. Hogan practices with a 30-minute lesson every week. Vocal performance majors are assigned a collaborative pianist and work on the language since most freshmen don’t have the solid foundations for it.

Hogan first discovered a love for opera during her freshman year of high school. She was looking for more music opportunities so she went into the Florentine Opera, which is one of Wisconsin’s oldest performing arts centers.

“I was singing classical music, but I wasn’t singing opera,” Hogan said. “After doing that program, everything fell into place for me. I love the physicality of the singing, the academic part, the athletic part. I really enjoy the mental power to sing opera.”

Opera is still a learning experience for Hogan. Her favorite opera singer is Barbara Bonney because of her “amazing” soprano voice.  Hogan also is a big fan of jazz, one of the things she enjoys about living in a jazz-friendly city.

Hogan quickly became a big fan of the new School of Music building once it opened. “We are all are enjoying the new space, but there seems to be a shortage of jazz rehearsal space which we were not expecting,” Hogan said. “Like any new system, we have to work out the kinks.”

The Art of Instrument Majors

Senior Brian Seyler is a tenor saxophonist from Baltimore. He started playing the saxophone in elementary school when he and his peers were exposed to various instruments during a lunch break. Seyler tried the saxophone and immediately fell in love with the sound. He continued with the instrument since then but felt some backlash from a teacher while deciding on colleges during his junior and senior year.

“He tried to convince me not to study music at school,” Seyler said. “I always had in mind that I would study music. He sorta made me doubt my decision. My dad, when we were talking about it, he was like, ‘If you want to do this, you have to commit to this. You have to go for it and put everything into it.’ So hearing that from him solidified my decision.”

Seyler got into jazz toward the end of high school. Seyler’s parents were always very supportive and were the ones that drove him to auditions. Seyler missed the audition deadline for DePaul’s fall admission but called the director of admission. DePaul hadn’t gotten any saxophonists yet, so the director allowed him to audition. Seyler played a set of scales and performed two songs: “Billie’s Bounce” by Charlie Parker and “Summertime,” a jazz standard by George Gershwin. Despite believing he had a bad audition, he was accepted into the jazz studies program.

While at DePaul, Seyler has changed as a musician. When it comes to playing, he said, you have to think of it every time as a performance. Seyler said that you have to think from an audience perspective. The audience doesn’t know the musical background and so you have to give them the best music they’ll hear.

“I try to remove my ego when I’m playing a gig and be as selfless as possible,” Seyler said. “It’s important to support the musicians that you play with because then they will support you.”

Something that many don’t know about jazz is that it involves a lot of improvisation. There’s almost no sheet music. Seyler loves it because it’s spontaneous and different every time.

Breanna Vazquez, a sophomore at DePaul from Chicago, is also an instrument performance major. She plays the flute. Vazquez only thought about having one of two paths in her life: figure skating or playing the flute. She took up the flute in fifth grade because her best friend also played it. Figure skating is something she always did in elementary school. During the week, she figure skated and every time she was home, she practiced the flute.

“Even though I knew more about figure skating, there was something about playing music that wanted me to learn more about and continue with it,” Vazquez said.

Vazquez attended Chicago High School for the Arts (ChiArts), which led to her decision to study music in college. She never had private lessons before high school. Vazquez auditioned for another music school, The Merit School of Music. One of the judges was a teacher at the ChiArts who later became her private music teacher. She led Vazquez down the path toward music, and they still keep in touch.

Vasquez auditioned to music schools during her senior year, including Ohio State University, Lawrence University and DePaul. After she accepted the offer from DePaul, she learned that she got a full ride to Lawrence University. Despite the scholarship, she has no regrets coming to DePaul because that there are more opportunities in Chicago than at Lawrence in Appleton, Wisconsin.

Vazquez also appreciates the new School of Music building. “It is absolutely gorgeous and with its many practice/rehearsal rooms, all the students are able to enjoy it,” Vazquez said. “The new building has had a lot of benefits when it comes to practice. I’m able to hear myself better in any room I play in.”

The Technology Behind The Music

Another important aspect of music is recording. Jordan Mann, a senior from Phoenix, is majoring in sound recording. Like Vazquez, Mann came to DePaul as a flute performance major but decided to switch paths at the end of his freshman year because he wanted a more diverse music and scientific education.

Starting his new major, there were doubts in the back of his mind. During his sophomore year, he had to take Electro-Acoustic Music 1 and 2. Mann also took Intro to Sound Recording, which is where students learn basic pro tools, a sound editing software, and how a recording session goes. When taking those classes he felt in over his head because the equipment intimidated him, but he is now comfortable because of instruction from professors and his internship experience. 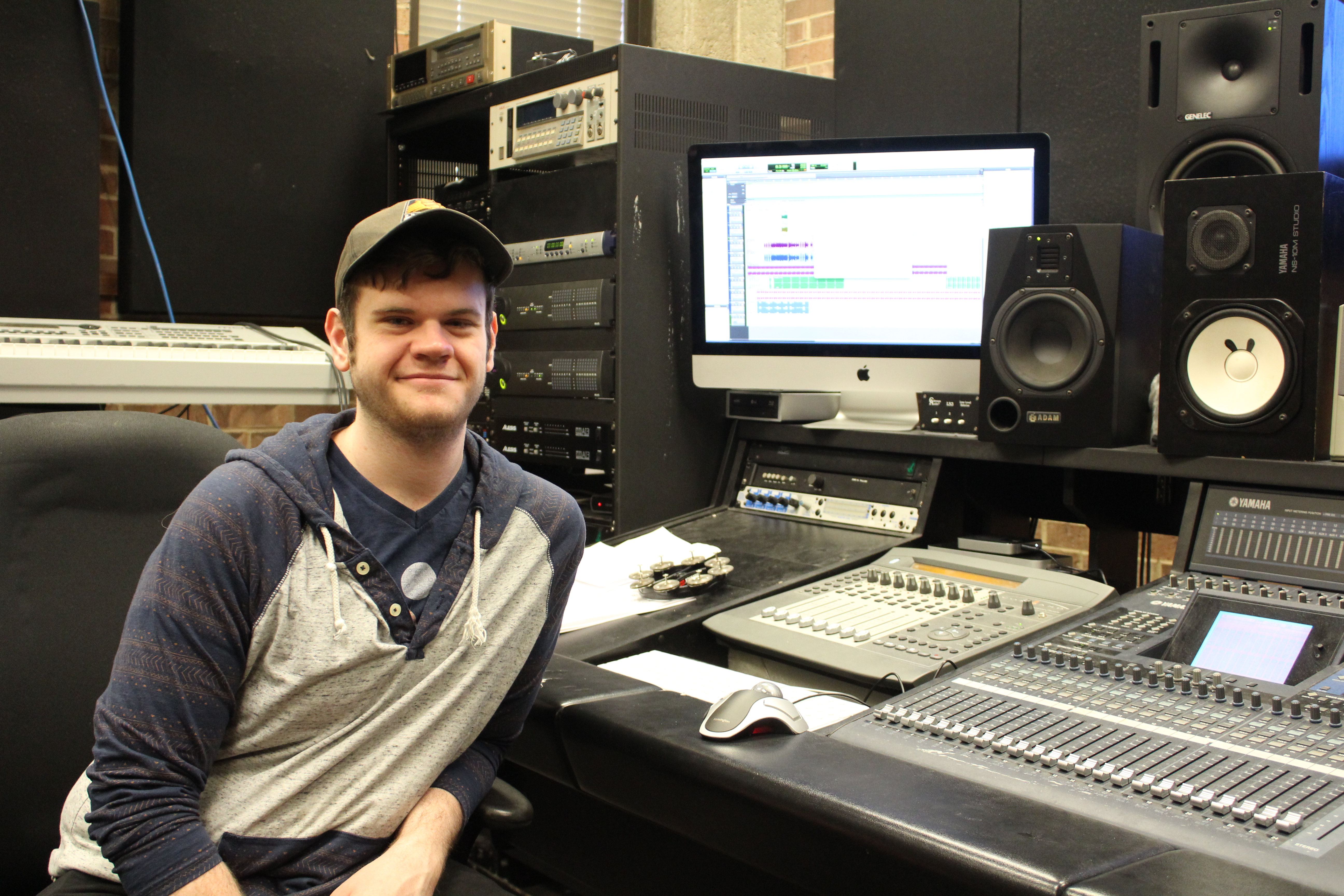 Mann  was surprised when he started his major because he had to take physics classes to learn how the recording equipment works. The classes are electronics-focused, and students learn about circuits and the science of sounds. Mann regrets not adding a physics minor, but he had no time in his schedule. As a senior, Mann has been thinking about his future.

“I have thought about Los Angeles but I’m going to stay in Chicago for right now,” Mann said.“I’ll live here for another year, work and try to save some money.”

Though a career in music can be unpredictable, Mann, Vasquez, Seyler and Hogan are confident in their chosen paths. They have experienced doubt, both within themselves and from those around them, but that has done nothing but make them sure about their decision. Their unwavering commitment shows that despite having faced discouragement, passion and persistence can lead to opportunities.

Editor’s note: An earlier version of this piece listed “oral” skill training, instead of “aural,” as a part of a music student’s education.