Lana Del Rey Relies on Her Own.. 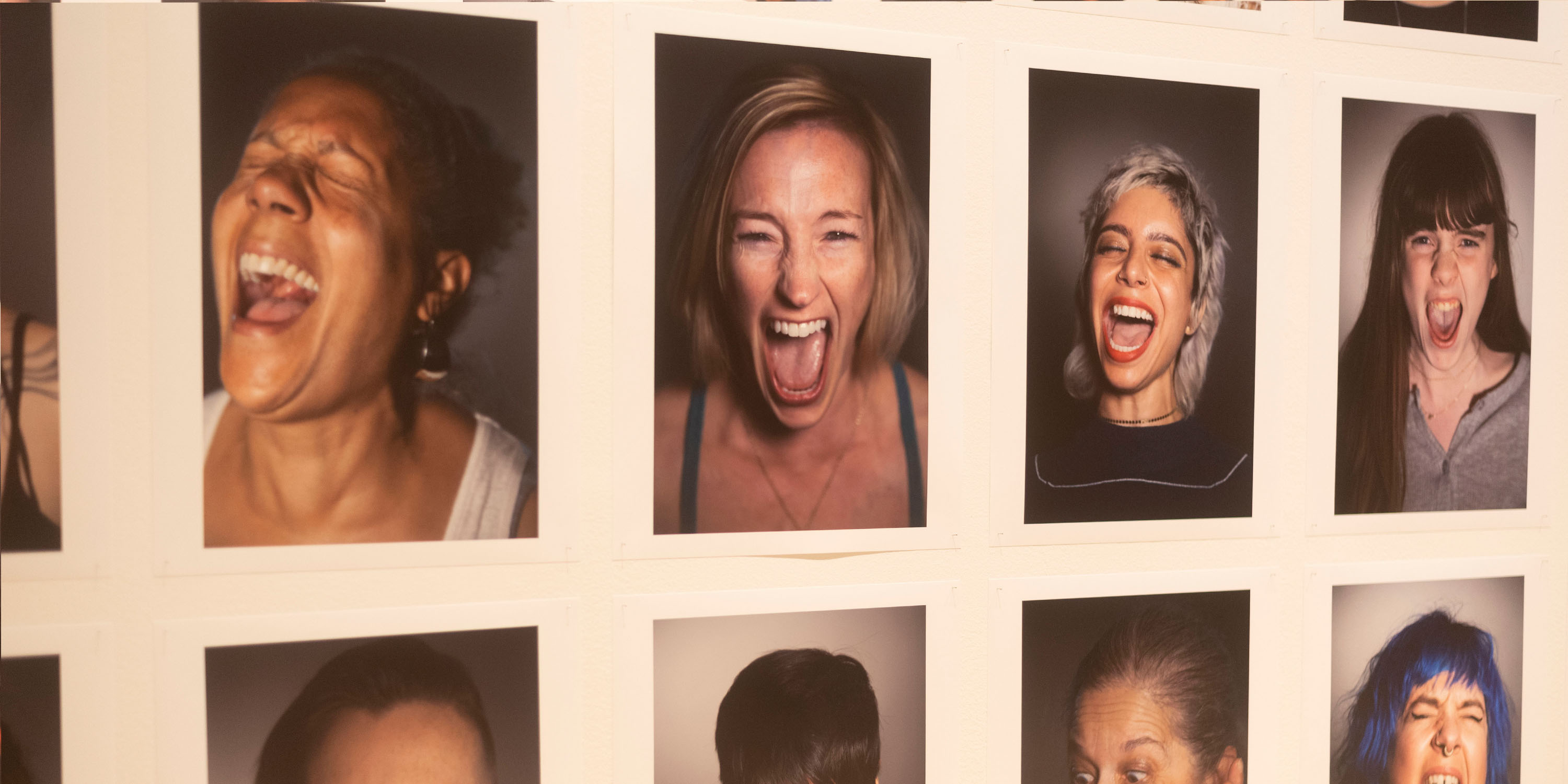 The sound of screams were hard to miss at the DePaul Art Museum as women participated in “Outcry,” led by Chicago photographer Whitney Bradshaw.

“Outcry” is a series of more than 100 individual portraits of women screaming. The main purpose is for women to come together and reflect on their experiences in a safe, inclusive environment. “Outcry” lets women unleash their inner feelings as they have been told to always stay quiet in society.

The DePaul Art Museum hosted a photoshoot as part of the “Outcry” series on Sept. 21.“Outcry” is a combination of an art exhibit and an event for women to connect with each other. The event is them screaming for the photographs to be taken.

Director and Chief Curator Julie Rodrigues Widholm of the DePaul Art Museum had seen Bradshaw’s other photography projects and visited Bradshaw’s house to discuss writing an essay for one of her other projects. Bradshaw happened to show Widholm her pictures of “Outcry.” At that time, Bradshaw had about 16 photos done.

“She looked at them and I could tell she really thought this project was a powerful project,” Bradshaw said.

Bradshaw received a call from Widholm a few days later and wanted to bring “Outcry” and its message to DePaul.

In each session, the women are greeted with group introductions and a brief explanation of what “Outcry” is. Afterward, the women do a few rounds of practice screams that Bradshaw leads. Then, women scream individually in front of the camera.

The number of portraits of women screaming increases as Bradshaw leads more sessions. 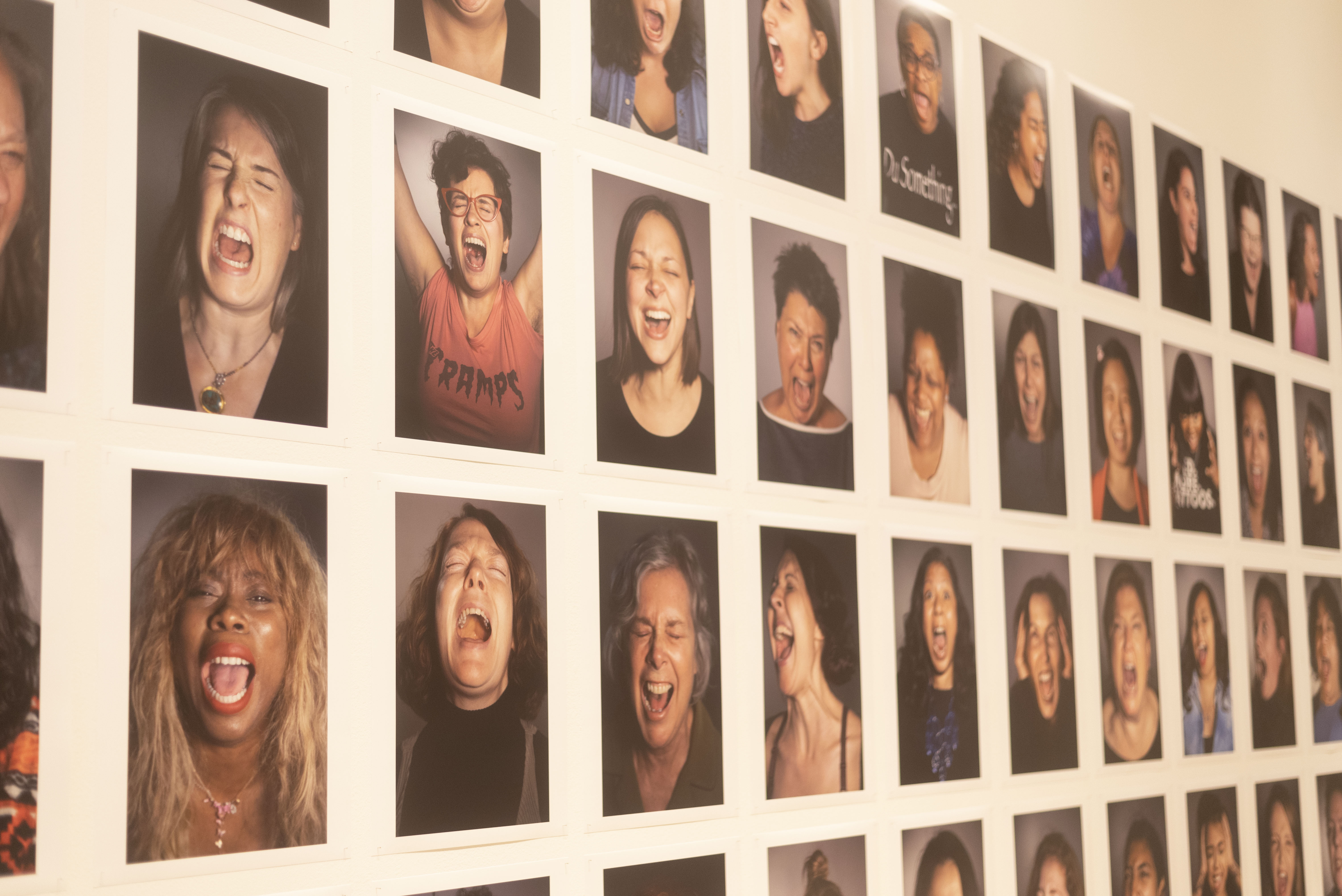 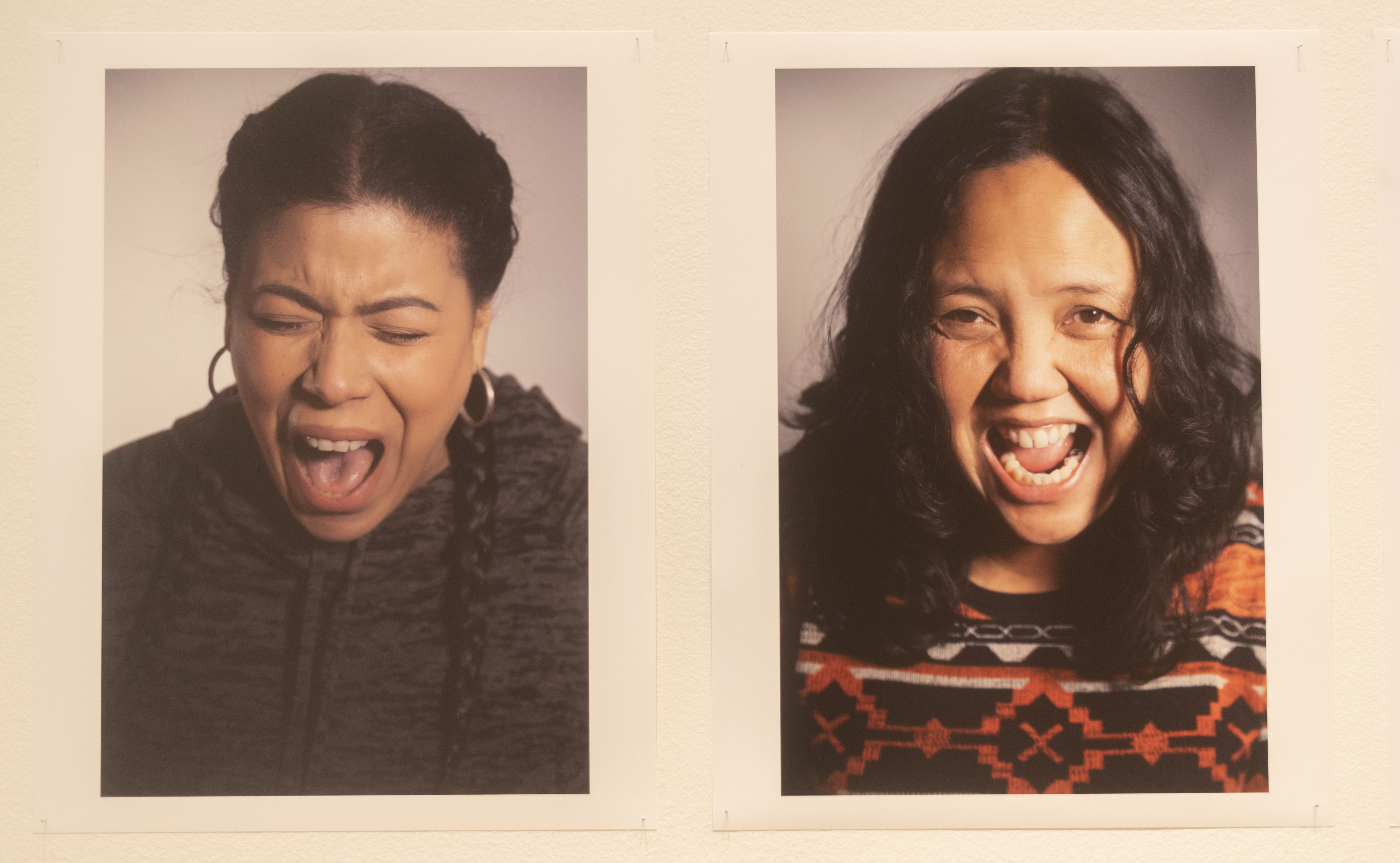 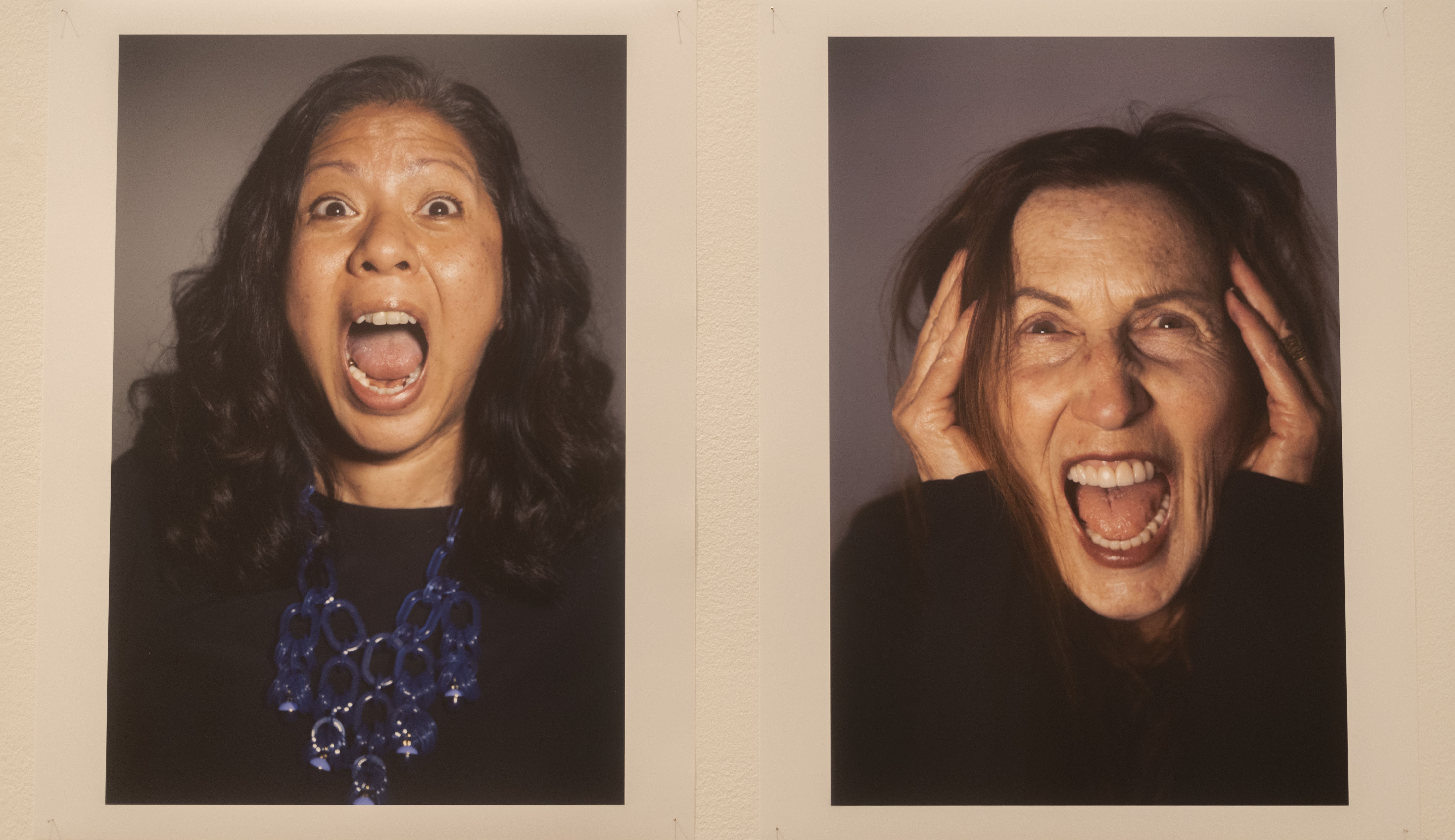 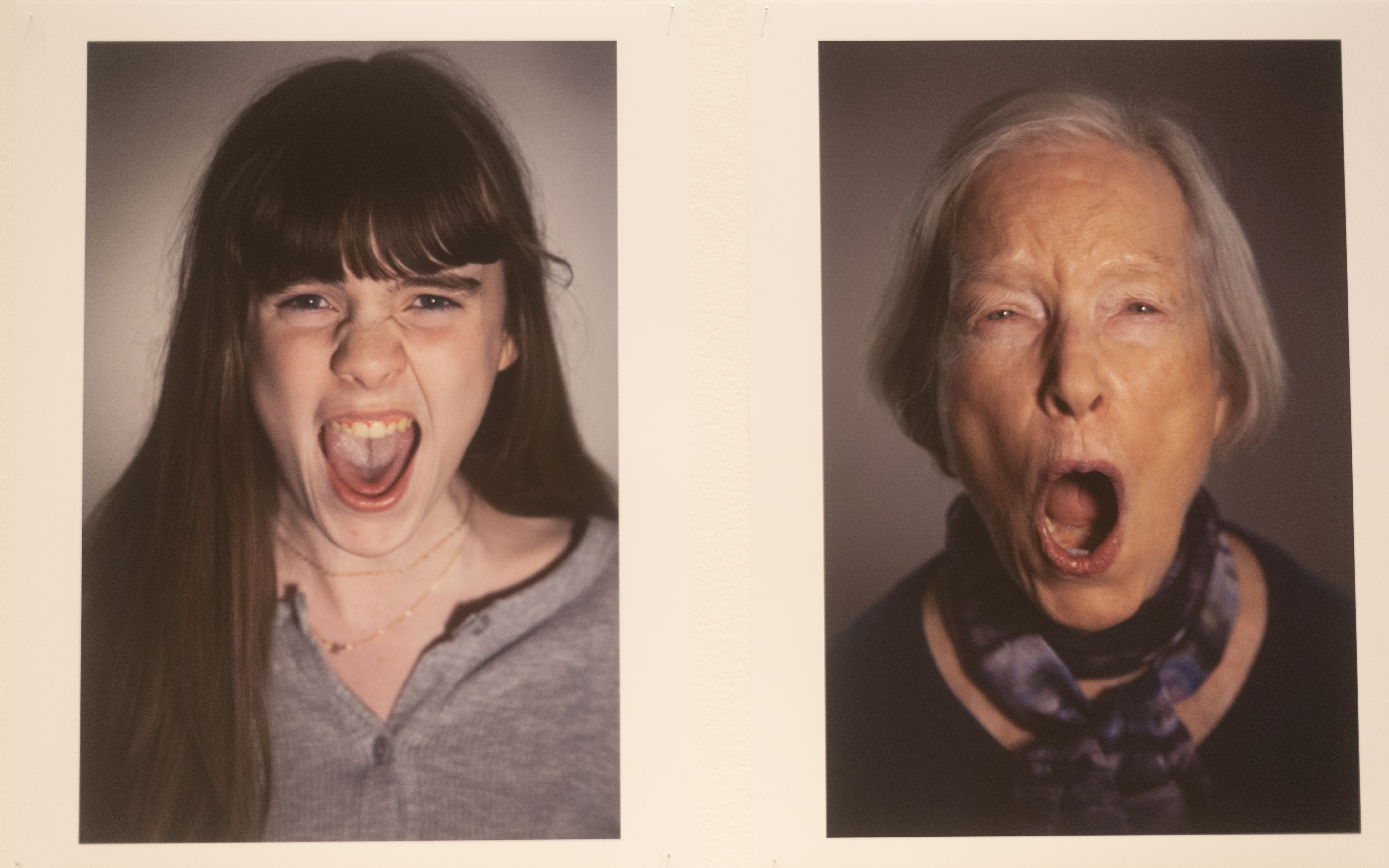 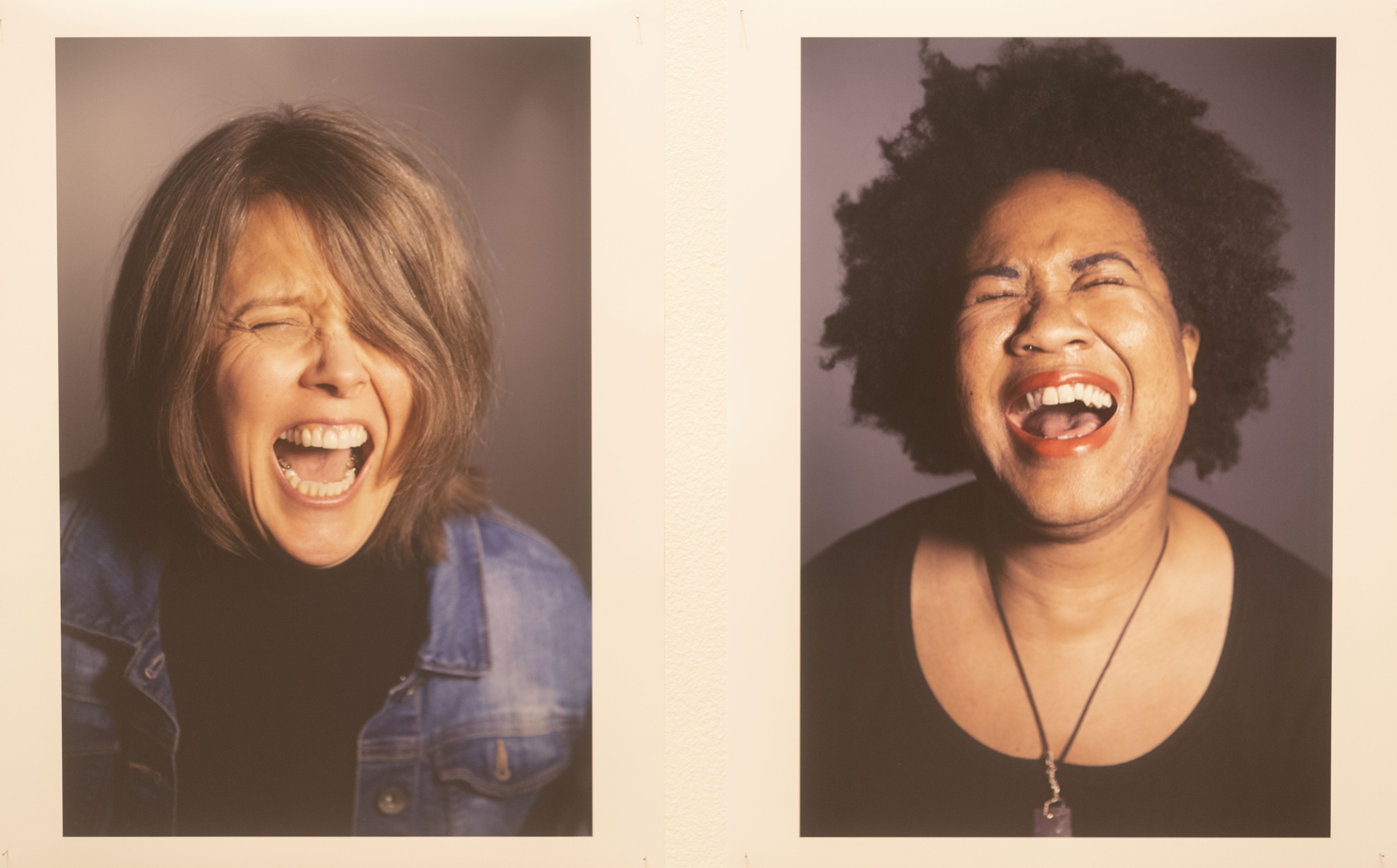 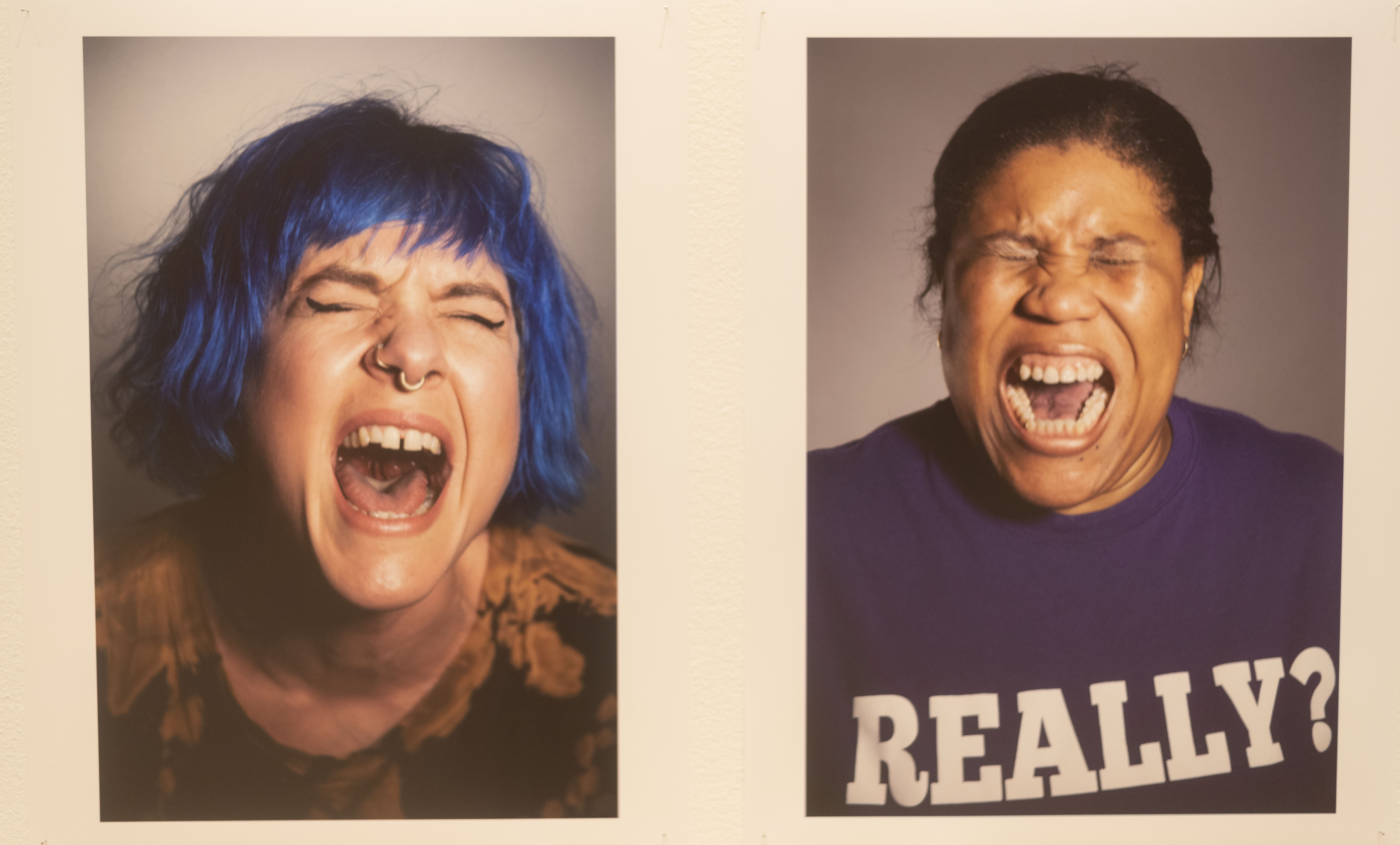 Bradshaw found inspiration for  “Outcry” in her early 20s when she was thinking about the silencing that has happened in her life.

After working with Resilience, formerly known as Rape Victims Advocates, Bradshaw was inspired to create “Outcry.”

“I was thinking of doing a project like this for a long time but I didn’t want it to be something dark. I wanted to do something that was empowering and something super fun,” Bradshaw said.

The exhibit features a variety of female-identifying people  and are different from one another. Some of the women’s eyes are closed while others are open.

The inspiration Bradshaw received with “Outcry” resulted in her work with Resilience .

“I felt like not only have I experienced a lot of silencing around it, there was a lot of people who just don’t believe the women and it is important that somebody listens to you and believes you,” Bradshaw said.

“Outcry” hopes to build a community and a sense of belonging. Egla Kishta, a Chicago resident, found out about “Outcry” after a friend participated in the program.

“My overall experience was complicated, mostly amazing,” Kishta said. “But screaming does bring up a lot of things so it was interesting. At the end of the day it was powerful and I am glad that I did it.”

Evanston resident Yvette Meltzer thought it was a great opportunity to participate in “Outcry.”

“For too long females have been told to be good and don’t disturb the peace, don’t speak up, and it feels very empowering and it was a wonderful experience,” Meltzer said.

Similarly, Kishta agrees that women have been taught to stay silent.

“As women we have been taught to stay quiet,” Kishta said. “You can hear the voices of each photograph as each woman is screaming.”

Meltzer met Bradshaw at Perspective Group and Photography Gallery in Evanston, where she was able to see a few pieces of Bradshaw’s work in the “Me Too” show.

During the “Outcry” photo session at the DePaul University Art Museum, Meltzer mentioned how Bradshaw led the group by doing some practice screams and then screaming individually in front of the camera.

The first time Bradshaw took pictures of screaming women for “Outcry” was the night of the women’s march this year. She called three of her friends that night and asked them if they were willing to come over to her house. All three of them showed up to Bradshaw’s house and had a party.

That first night included five women who didn’t know each other. By the end of the night the participants knew each other a bit more.

“I love building a strong community and connecting women who wouldn’t normally spend time together usually because of age and location, or ethnicity in the city of Chicago because it is so segregated,” Bradshaw said.

Since Bradshaw saw success after her first night of hosting “Outcry,” she continued to have parties at her house and invite women.

As of Sept. 21, Bradshaw has photographed around 150 women since beginning the project in January.

“I think that the individual women who come here has their own goals and sometimes I know what they are and sometimes I don’t. I get a sense from all of the women that have been here they really appreciate the opportunity to be able to practice speaking out and up,” Bradshaw said.

During “Outcry,” Bradshaw said she felt great energy while leading these women.