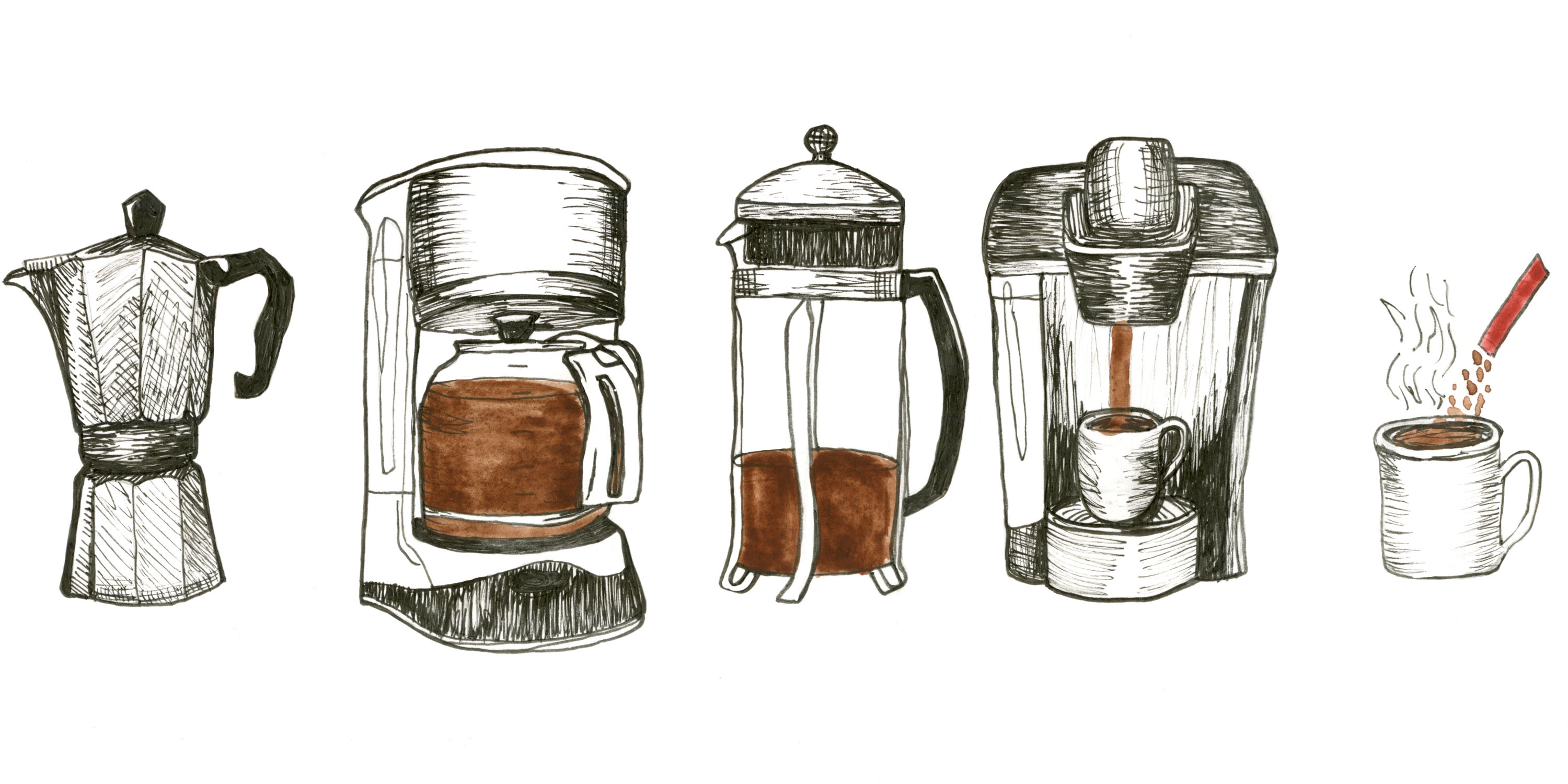 America is a quick coffee country. Gas stations, Dunkin’ runs and Keurig cups are a central part of many people’s daily routines.

But there’s another side of the beloved caffeinated beverage  — a world that’s comprised of hip coffee shops and five dollar cappuccinos, a world sometimes at odds with the need to grab ‘n’ go that our culture demands.

Intelligentsia, a Chicago-based coffee roaster, is joining a league of forward-thinking coffee companies that are making strides to bridge these worlds with their new specialty instant coffee flavor.

Instant coffee refers to coffee that is made by adding brewed coffee bean powder to hot water and stirring, and it’s quickly growing in popularity — sales have tripled since 2000, and instant coffee sales account for more than 34 percent of coffee sales worldwide, according to a report by Washington Post.

Coffee as a consumer product is described in three waves.

The first wave came about with companies like Folgers, Nestle and Maxwell who brought coffee consumption to the masses. The second wave is often associated with the rise of Starbucks and Peet’s coffee which offered fresh and more intricate coffee drinks such as espresso and lattes, according to Eater.com.

“Third wave coffee is a delineation of coffee as a specialty industry, the attitude of treating coffee as a craft all the way from its cultivation,” said Mike Carmody, a trainer at Intelligentsia’s location in Lakeview. “As part of the third wave movement of specialty coffee we take every step of the supply chain very seriously.”

Stumptown Coffee marketing director Mallory Pilcher has a different opinion about the terminology.

“Third wave is a funny term that basically means companies started caring about the quality of the coffee,” said Pilcher.

The new flavor follows Intelligentsia’s debut of “Rayos Bel Sol, Peru” which sold out after its release in May 2018. A new shipment of “La Perla de Oaxaca, Mexico” is expected, said Carmody.

Specialty instant coffee is selling out in Chicago and its popularity is apparent, given the sales since its release.

“People are skeptical at first because of the quality of instant coffee in the past; however, [they] are pleasantly surprised at how great it tastes,” Berg said.

This isn’t Intelligentsia’s first push for innovation in the third wave coffee world, either.

“We were the first coffee company in the United States to offer Oatly oat milk, and one of the first to have created a quality instant coffee option. We’re known for being pioneers in this space,” said Britt Berg, marketing manager at Intelligentsia.

The final product is delivered in small tubes. Intelligentsia has been selling a package with four tubes of their new blend, each one good for an eight ounce cup of joe.

“Packs sold out online within two weeks on Intelligentsia’s website and shortly after that, sold out at coffee bar locations,” said Berg.

The product appeals to people on the go. “They want a quality cup of coffee without the time commitment,” Berg said.

Despite the new blend being announced, details of the new flavor are still unknown.

The new release is a seasonal change as coffee beans from countries in the Southern Hemisphere is going out of season, Carmody said.

In 2017, Intelligentsia formed a partnership with Sudden Coffee, a San Francisco company specializing in making high end instant coffee. The instant flavors Intelligentsia is selling are made by Sudden.

Sudden has a unique “subzero process” that retains the coffee’s aroma and “chemical composition,” according to Carmody.

Sudden’s process is outlined on their website. Part of their trademark is freeze drying small batches of coffee using a vacuum to dehydrate the beans.

The four-tube package is selling for 13 dollars on Intelligentsia’s website and at coffee locations around the city. The flavor profile is described as pear, lime and molasses.

In 2017, the U.S. had the second highest coffee consumption in the world behind Brazil, according to Euromonitor.

Stumptown is a renowned coffee business located in Portland, Oregon, and was founded in 1999. Peet’s Coffee is the parent company of both Stumptown and Intelligentsia.

“I also want coffee to get less snobby and just more accessible,”  Pilcher said. “I hope coffee becomes more profitable for the folks growing it in the areas of the world where coffee is sourced.”

Pilcher is enthusiastic about the idea of instant coffee, “I love those guys from Sudden – they are doing some rad shit.”

However, she said that she does not drink instant coffee since she has not yet found one that she likes. “Maybe I should holler at those dudes from Sudden,” she said.

“High-end instant coffee sounds awesome, especially for folks who travel or find themselves outside in the wilderness or are blasting through hour 32 of their masters research project. I’m into it and can’t wait to see where it goes,” Pilcher said.

There is no real consensus as to what wave instant coffee is a part of.