Halloween Can Be Scary. Your N.. 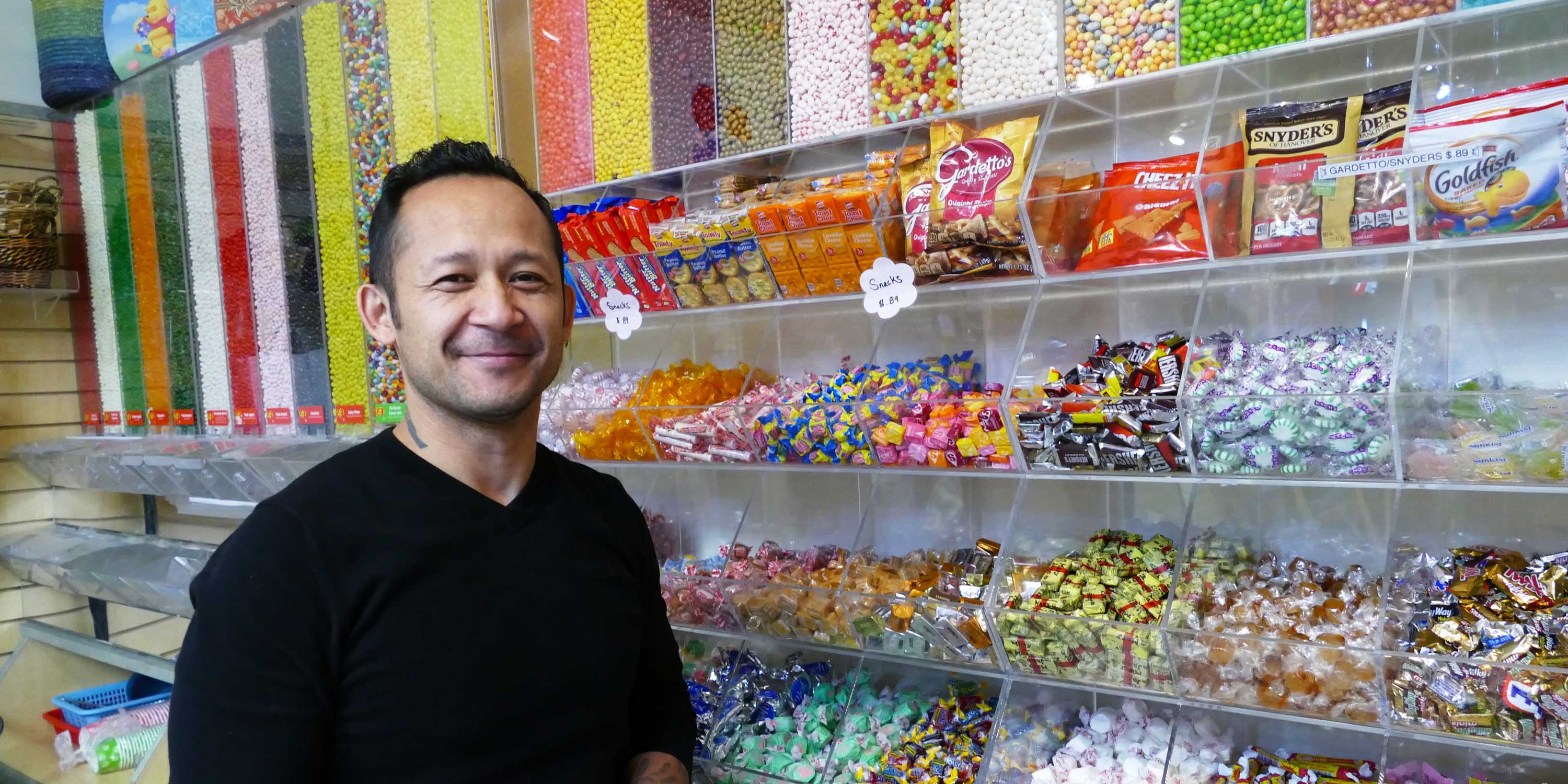 Standing behind a mint green, white-speckled counter with Smart Water and Slim Jims on display, Seth Thach sighed as he closed his register – it’s almost October 17 and he hasn’t put up any Halloween decorations.

“You know last year I said, ‘Next year,’” Thach said, motioning around his candy store. “And now it’s next year and I’m saying, ‘Next year.’”

He laughed. As the sole owner of Gioia, a chocolate and gelato shop in the DePaul Center, with one additional employee who works on Thursdays, Thach has other things to preoccupy his time.

Gioia, which means joy in Italian, has been a candy store known to DePaul students for over 10 years. However, Thach just took over the shop last fall. On October 1, he celebrated his first anniversary. Not particularly passionate about candy, he liked the location of the store and thought it would be a good opportunity for him.

“It’s been an interesting venture,” Thach said. “It’s been tough because cost of inventory has gone up and sales have slowed down.”

Business, Thach said, is intermittent — busy for 20 minutes and then slow for 40. He passes his time listening to self-help audio books like “The Secret” and “The Law of Attraction.”

Thach often works alone, but when he opened his store he became friends with Daniel Margolin, a DePaul senior studying business. Though he doesn’t work for Thach, Margolin often hangs out with him in the candy shop, keeping him company and helping out with tasks like stocking and checking people out at the register.

“He’s friendly with everyone,” Margolin said referring to Thach. “It’s a good atmosphere.”

Gioia is open Monday and Fridays from 9 a.m. to 6 p.m. and Tuesday through Thursday from 9 a.m. to 9 p.m. Thach works every day from open to close, except Thursday when Carlos Duarte fills in for him.

There are some candies that consistently sell well — Jelly Beans, Swedish Fish, gummy bears and chocolate-covered pretzels are the most popular candy items, Thach said. Overall, though, he says sales are pretty unpredictable. The week before he threw out 50 bags of expired chips and now Thach said he can’t seem to keep them on the shelves.

Though candy, chocolate and gelato are Gioia’s sweet spots, Thach tries to find other ways to bring in business.

“It’s like, ‘What do I have here that’s going to compete other than gelato and chocolate?’” Thach said.

He made coffee for a while, but had a difficult time competing with Starbucks and Dunkin Donuts, both of which are located on  campus. Thach also tried selling fruit, hoping to entice health eaters into his store, but most of the the bananas and apples he bought spoiled before they sold.

Since I first spoke with Thach, he has put up balloons in the shape of pumpkins, ghosts and bats to make the shop more festive for the holiday season. However, as Halloween approaches, Thach hasn’t seen sales increase as he had hoped.

“I’m gonna get a popcorn machine in here next,” Thach said. “Hopefully just to entice the smell. I think people would slowly walk in because movie theater popcorn.”