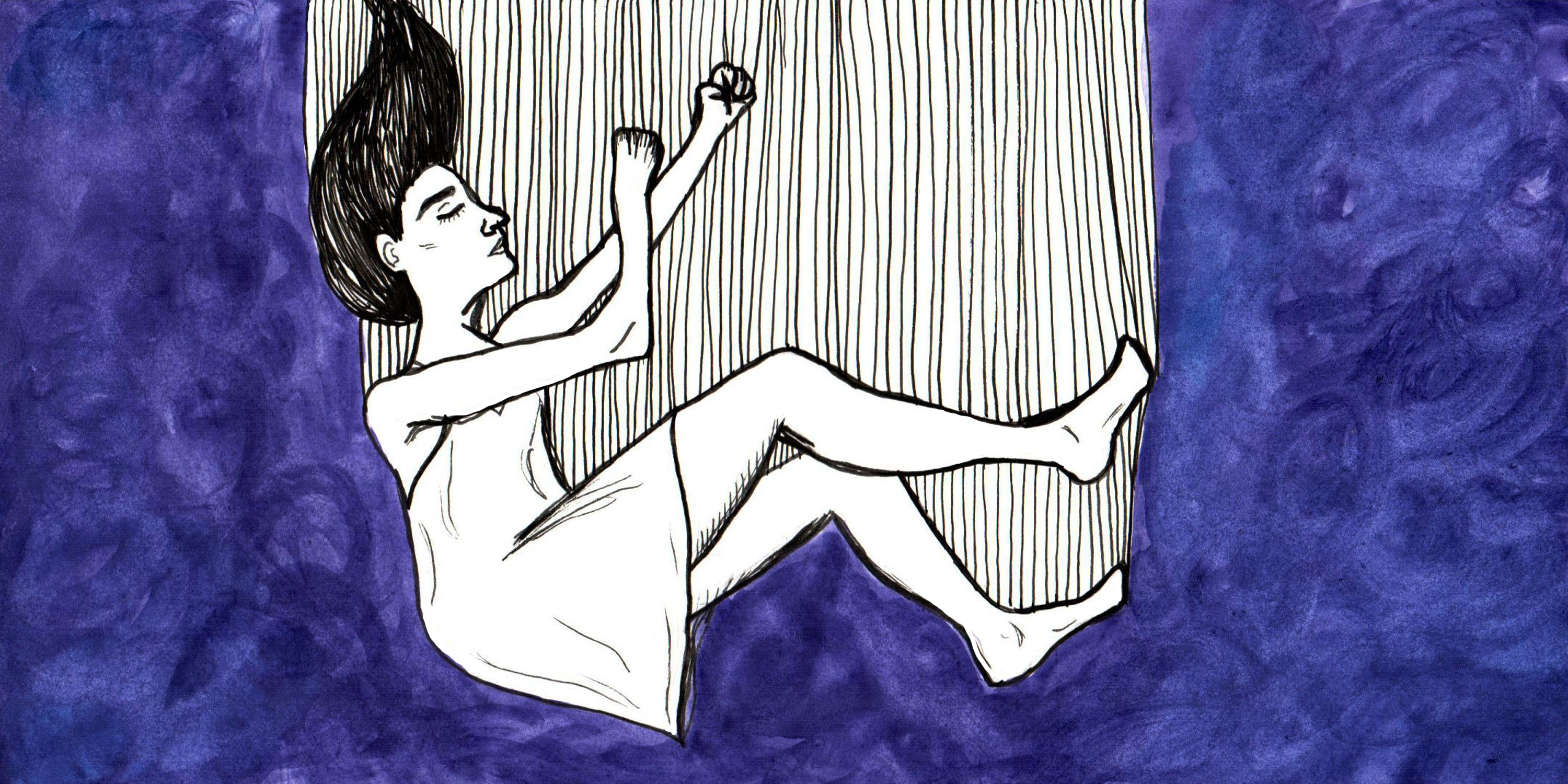 October in the Midwest is a time of transition, as the days get shorter and the nights are colder. The whole month we build up for Halloween. As I watch people go through haunted houses and watch scary movies, I wonder if they have any idea what it is like to really be haunted. Some people like to be scared, and others like me have no choice. I am stuck in my own body, haunted by my own demons.

I have sleep paralysis, which if you have not experienced, is just as bad as it sounds. It is more than just a bad dream caused by a Halloween movie. Consider it a glitch that occurs during the process of sleep. Sleep paralysis, or SP, is the result of premature mind-body disconnection as one is about to enter in or out of REM sleep. It is the sleep stage when vivid dreams are coupled with complete muscle paralysis. Essentially, SP is when the mind is well aware it is awake, but the body is not, and remains paralyzed as if it is still in the REM stage. On top of this already nerve-racking experience, SP is often paired with sensory hallucinations, including smells and noises. This creates a 4D nightmare; a real life Halloween movie.

When we typically think of nightmares, we just think of a scary dream. However, when breaking down the word, mare actually means incubus, or demon. Dating back to the 1300s, the old definition of nightmare is surprisingly, “a female evil spirit who was thought to lie upon and suffocate sleepers,” according to the Oxford dictionary. This is the demon that haunts me, and many others during the terror of sleep paralysis.

When I experience an episode of sleep paralysis, I know I am awake, but in a very dream-like state. I feel the blankets against my skin, the pillow pressing onto my face and the gentle murmur of my heater. My body has not moved, and will not move. The oxygen feels as if it is being sucked from my lungs. I begin to panic.

I try to open my eyes but they are glued shut. Somehow I can still see the room, and it looks entirely different. I had fallen asleep in my mom’s room, which has warm magenta walls. Now it was dark, grey, cold and musty. I can see the room as if I am in a third person, yet I still feel restrained in my own body. The more I try and move the more I panic, but the less I resist the more I feel the weight of my own body press against me — as if I am being zipped up into an airtight body bag.

As I begin to feel smaller and smaller, crushed against my own weight, the room simultaneously shrinks. I did not think I was claustrophobic, but I certainly am now. The room becomes darker and colder before a sudden screeching sound pierces my ears. Even though my eyes continue to be glued shut, I see a creature appear in the corner of the room — what must have made the noise. At first, I did not know what it was. What I did know is that it was going to kill me. My mom was at work and would come home to find me dead. I scream for help but my lips cannot move. I hear myself inside my head, but nothing audible from my mouth. This is the demon people see when they experience SP.

Suddenly, my pointer finger is able to move, but barely a wiggle. I keep my focus on the finger, trying to tell my brain, “Hello, I am here, I am awake, what is wrong with you!” What feels like hours is only maybe a minute. My body breaks from this paralysis and jumps up and gasps for air, as if I was drowning in the sea. The demon is gone and the walls are back to magenta.

Exhausted from this battle against my own body, however; I fall right back asleep and into another paralysis. This cycle goes on two, three, four, five, even six or more times. Once I am fully up, I feel like a zombie, sucked of all energy. It makes me terrified to ever fall back asleep, knowing I could wake up into my worst nightmare. I only saw the demon that first time.

Is there an end to this real life nightmare? If we cannot switch it off as easily as the Halloween movies on tv, how do people cope with chronic sleep paralysis? Unfortunately most coping strategies are anecdotal. Avoiding sleep on your back, getting on a regular sleeping pattern and reducing stimulants is what most websites will tell you. However, for people who experience this with anxiety, CBT, or cognitive behavioral therapy, is recommended. We can avoid the haunted houses, but sleep paralysis may haunt some forever.