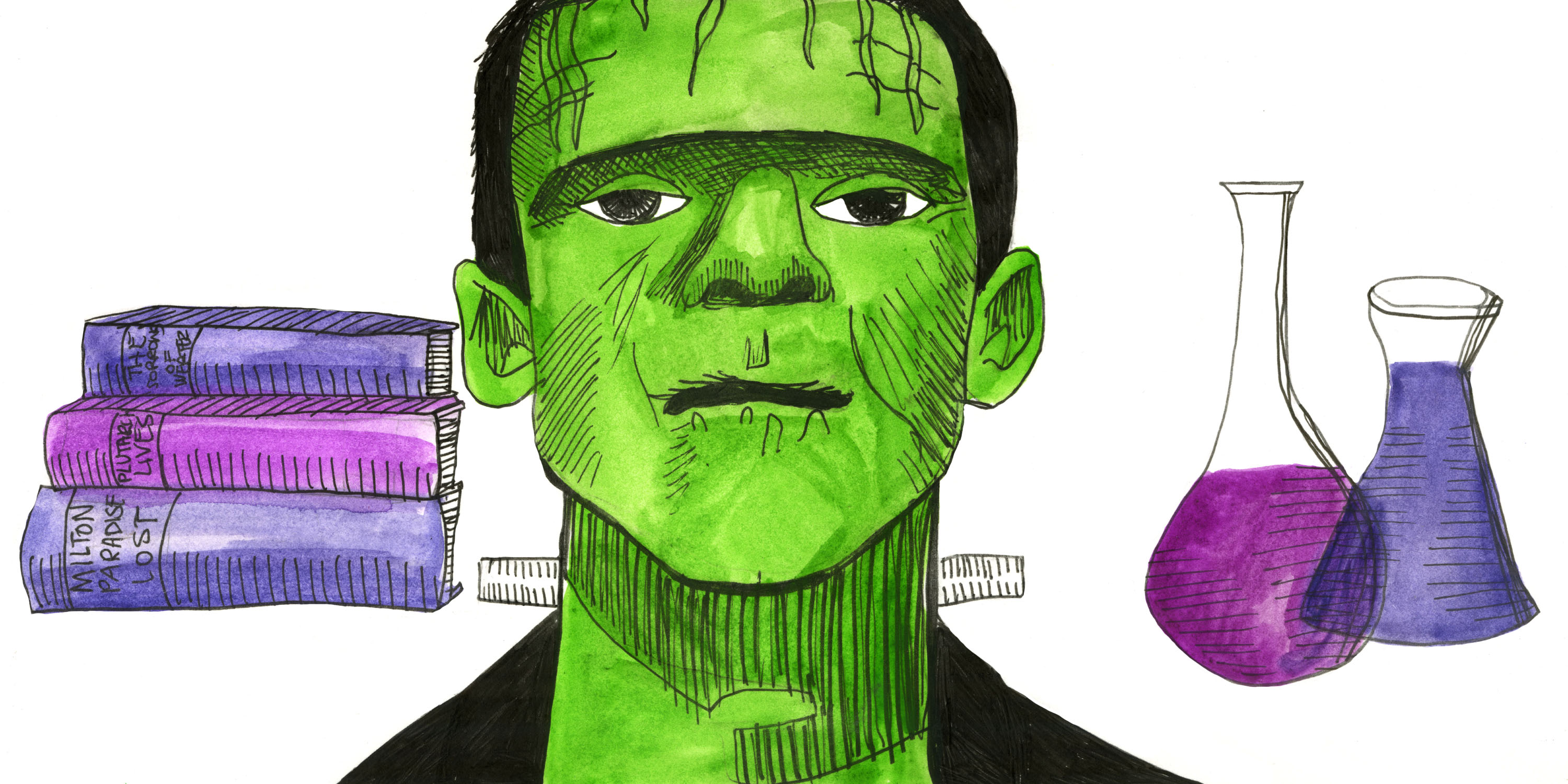 He’s alive, and he’s 200 years old. He hasn’t aged a bit though. He’s starred on the big-screen in Halloween blockbusters, taken the stage for many a theater adaptation, he’s found his face lining the walls of Halloween stores and even stitched on the back of grocery store gloves.

The green-skinned, neck-bolt adorned, chunky-Doc-Marten-wearing creature has received a cult following since he was written into existence — or, perhaps, brought back from the dead — by Mary Shelley in her famous 1818 novel “Frankenstein.”

Few books are remembered with such vigor as “Frankenstein,” which helped inspire horror culture fame and spurred a wave of Gothic literature in its wake (there was plenty before it, too, though). Adaptations of the novel abound, from Lifeline Theatre’s recent “Frankenstein” spinoff to Gene Wilder in “Young Frankenstein” and even Tim Burton’s “Frankenweenie.”

To commemorate the bicentennial of the novel, DePaul is hosting Frankenweek, a series of events and readings partnered with The Newberry Library, StudioCHI and Loyola University. The Chicago events are a microcosm of the worldwide Frankenreads, a series hosted by the Keats-Shelley Association of America. DePaul’s John T. Richardson Library will even host a nine-hour read-a-thon on Halloween, along with the English department talk with University of Denver professor Rachel Feder on her new book “Harvester of Hearts: Motherhood Under the Sign of ‘Frankenstein.’”

Let’s clear up one thing first — the monster’s name isn’t Frankenstein. Well, in fact, he doesn’t even have a name, but let’s call him the Creature. Frankenstein, Victor Frankenstein, is the self-absorbed scientist who thought he could “play God,” so to speak, and get away with abandoning his creation.

“Frankenstein” is a novel of layers. It begins with Captain Robert Walton on an expedition to the North Pole where he encounters a sickly Victor Frankenstein. As Walton cares for Frankenstein, the scientist shares his tragic tale. Frankenstein had a pleasant childhood, reading of alchemy and pseudosciences. He attends college in Ingolstadt, where he then learns modern sciences and makes his “masterpiece” of bestowing life on the non-living. What he creates is a larger-than-life humanoid from stitched-together body parts.

Once the Creature is brought to life during a storm, Frankenstein abandons him, leaving his creation to wander on his own. The Creature learns of love, loss, how to read and write. He then enacts revenge on Frankenstein by killing his darlings — his family, his best friend and even his bride (who is also family but we won’t get into that here). The Creature’s actions fuel Frankenstein’s own revenge, leading to him found by Walton in the Arctic.

Shelley is often labeled the mother of science fiction for her analysis of the scientific versus the natural in “Frankenstein.” But perhaps Shelley is the mother of… mothers? In “Harvester of Hearts,” Feder combines feminist criticism with personal narrative to create an experimental analysis of Shelley’s early works.

“There was this initial critical insight that it was about motherhood and then feminist critics kind of immediately made that a metaphor for literary production,” said Feder. “It’s not just about her body, but it’s about bodies as a metaphor.”

During the second-wave feminism movement, critics like Ellen Moers reintroduced Shelley’s “Frankenstein” as a novel of maternity and female bodily autonomy. In Frankenstein’s inception of the Creature he usurps the conception and corporeality necessary to creation that is intrinsically tied to women’s rights. The physicality of women’s bodies is active in conceiving, forming, holding and birthing life. Critics Sandra Gilbert and Susan Gubar took their analysis a step further, comparing biological creation to the artistic creation necessary to produce literature.

“I think the way that we take this sort of critical distance from projects, that often lets literary criticism function as a form of privilege,” said Feder in reference to the omniscient narrator of literary criticism.

Irrelevance — what is said and not said, remembered or not remembered — is another theme Feder explores in “Harvester of Hearts.” In her analysis Feder argues that “Frankenstein” is the great novel of forgetting, not only in Frankenstein’s own forgetfulness or neglect of the Creature but of the novel’s own minutiae.

“There are these plot holes that we kind of fall through in ‘Frankenstein,’ said Feder. “It’s a book about forgetting and the problems of forgetting, but it’s a book that’s written in a way so as to be forgotten.”

Take the aforementioned summary of the novel, for example. What is removed from the synopsis are the additional layers, the unfolding of the subplots and the details that are so easy to forget  — the execution of innocent Justine or the Creature’s encounter with the De Lacey family. If you’re unfamiliar with these plots, read the book.

Much of Shelley’s own life becomes forgotten, like other idols who find success young.

The daughter of writers William Godwin and Mary Wollstonecraft (who died shortly after childbirth), she shared her parents’ radicalism and love for adventure. She was rebellious, passionate and angry, often writing or visiting her mother’s grave. In fact, she would often visit Wollstonecraft’s grave site with Percy Shelley before eloping and fleeing to France together.

She is remembered for her youthful years spent with the minds of Percy, Lord Byron, John Polidori and her half-sister Claire Clairmont, for their shared trip to Geneva, Switzerland, for the stormy night when a ghost story competition was proposed.

In May, Elle Fanning played a young Shelley in the biopic “Mary Shelley,” which traced the influence of the author’s tumultuous marriage on “Frankenstein.” Fanning is shown at odds with her admiration for her husband and her disdain of his free-spirited artist ethos. At the end of the film, she reconciles with Shelley and receives authorship of the novel before black screens continue to list truncated events of her life. For popular culture, Shelley’s life seems to end as the book closes.

“We’re celebrating this moment where we kind of imagine her as this ingenue and this girl and this rebel,” said Feder. “We want Elle Fanning standing in this beautiful dress with her hair in a side braid and her face looking totally modern in a no-makeup look. Not the Mary Shelley that’s really working and has this long life in front of her.”

Shelley wrote “Frankenstein” when she was 21, but she would continue to live another 32 years, surpassing Percy (who died in a boat accident in 1822) and supporting herself and her son Percy Florence through her writing. Shelley balanced two opposing spheres of Victorian womanhood: one of motherhood, the other of a writer and artist, a monstrous occupation for women of the period.

Yet the layers of Shelley’s own biography — the complexities of creation, learning and living  — mirror the layers that unfold when reading “Frankenstein.” It isn’t happenstance that allows novels to stand true 200 years later. It is their adaptability to be a book read and reread but still feel entirely forgotten.