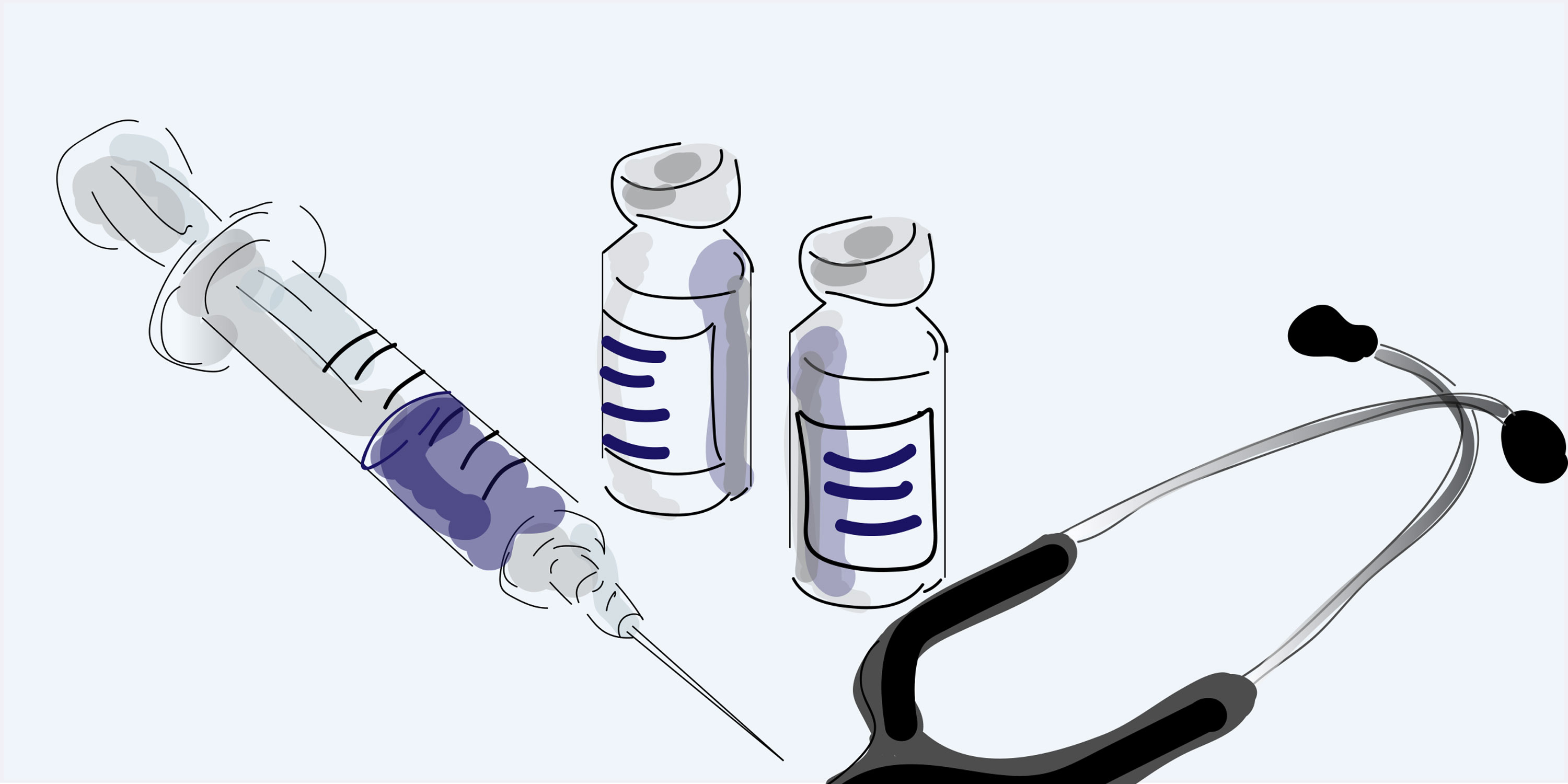 In 2009 Kevin Itima was lying in his bed, unable to move. Everything hurt, even opening his eyelids caused him great pain. For ten days he lay in solitude, unable to eat or drink as he waited for his sickness to break.

“I thought the flu only affected older people,” said Itima. “I never thought it would happen to me.”

The Centers for Disease Control (CDC) estimates that during the 2017 flu season 80,985 people ages 18-49 were hospitalized with the flu and 2,873 ultimately died from influenza-associated illnesses. Although infants, children and seniors are more susceptible to the flu, it is possible for healthy, young adults to contract and be hospitalized and/or die from the virus.

The CDC recommends that everyone six months and older should be vaccinated for the flu before the end of October. If someone still has not received the flu shot, it’s not too late. The flu typically starts to peak in December and can last through February, so getting the shot before finals begins can protect you over the course of winter break.

However, many people don’t get the flu shot. According to Tara Haelle, a health and science reporter/author, the top three reasons she sees people skip the vaccine are lack of time, they don’t think it’s a big deal, and they feel funny after the vaccine is received.

The Flu is Not a Cold

When Itima contracted the flu during his junior year at Jackson State University, he had passed it off as the common cold. Not realizing the seriousness of his illness, he continued to attend track practice until he woke up two days later in a wretched state.

The flu and the common cold are both respiratory illnesses, but couldn’t be more different. Often associated with the common cold because of similar symptoms, the flu can unfortunately be passed off as a general illness.

“It’s annoying [the common cold]. You’ll need to pop some Sudafed or a Tylenol, but it’s not going to kill you,” said Haelle. “The only person that’s ever going die from the cold is somebody who has a very very seriously impaired immune system.”

The flu, according to Haelle, is an entirely different animal. While the flu causes high fevers, aches, chills and a cough like a cold, it’s also attacking your whole body. It can also turn into pneumonia, and with serious complications, the flu can attack your internal organs.

“Yes, most of those people [who die] had some kind of preexisting condition, but not all of them. Every single year there are hundreds and hundreds of people who die from the flu who had nothing wrong with them,” said Haelle.

Why Get the Vaccine

Unlike the measles and polio vaccines, which are more than 90 percent effective, it’s no secret that flu vaccine effectiveness varies from year to year, which according to Haelle makes the vaccine substandard. Despite getting the vaccine individuals can still contract the flu.

“It’s actually a pretty lousy vaccine, not because we have lousy scientists, but because it’s [the flu] just a really amazing evolutionary organism and it’s very good at evading our immune system, and has been for thousands of years,” said Haelle.

So why get the flu shot? Ideally the vaccine stops someone from getting the flu, but most importantly the vaccine significantly decreases the chances of hospitalization and death. According to Haelle, instead of spending two weeks in bed feeling like you can’t move, the flu shot enables someone to be able to continue on with everyday life.

For Itima, getting the flu not only took him away from school, but took away valuable time from his collegiate career. It took him months to get back the fitness he lost during his 10-day battle with the flu. Time, he says, he couldn’t afford to miss.

Losing productivity, according to Haelle, is a major disadvantage with the flu. The vaccine greatly decreases the chance of someone having to miss out on work, school, and extracurricular activities.

“If you know you don’t have time to spare, then why take the chance and not get the shot?” said Itima, who is now a real estate broker in Chicago.

One of the greatest misconceptions and reasons why people skip the flu vaccine is because people think the shot actually gives you the flu.

“They feel crappy when they get it,” said Haelle. “People will say you get the flu or it makes them sick, well it doesn’t make you sick and it doesn’t give you the flu.”

The vaccine stimulates your immune system, which can cause a headache, a slight fever or nausea. These side effects are normal and mean the vaccine is doing its job. This “imitation infection” leaves your body with the memory of how to fight the virus in the future.

For those that have a great phobia of needles there is still a way to get the flu vaccine. The vaccine nasal spray is available for young adults, but the effectiveness of the spray has varied compared to the shot.

Some protection is better than none and if needles greatly deter someone from getting the shot, than it doesn’t hurt to get the spray instead, according to Haelle.

As the quarter comes to an end and holiday travel increases, the more people someone is likely to come in contact with.

“You can have it for a couple of days before you show any symptoms,” said Haelle, “So you are going about your day. Going shopping, giving your grandmother a hug, holding your new baby nephew, and you just exposed all of them to flu.”

Itima can’t pinpoint who gave him the flu, but he knows in the days leading up to his symptoms there were multiple people sniffling and coughing. Itima also says if ever knew he would have gotten this sick, he would have taken the time to get a flu shot.

The CDC offers a vaccine finder where anyone can input a zip code to find places offering flu shots in their area.

DePaul University students can get the flu shot at Presence Sage Medical Group and will be billed to your health insurance. The out of pocket fee is $44.

Getting the flu shot before winter break can help protect students from the flu during the highest travel season of the year. Being vaccinated will not only protect students but others as well, while providing peace of mind while enjoying a relaxing break at home.