The History of Holiday Villages (and Why We Can’t ...

The Cost of Being Cool: The Te.. 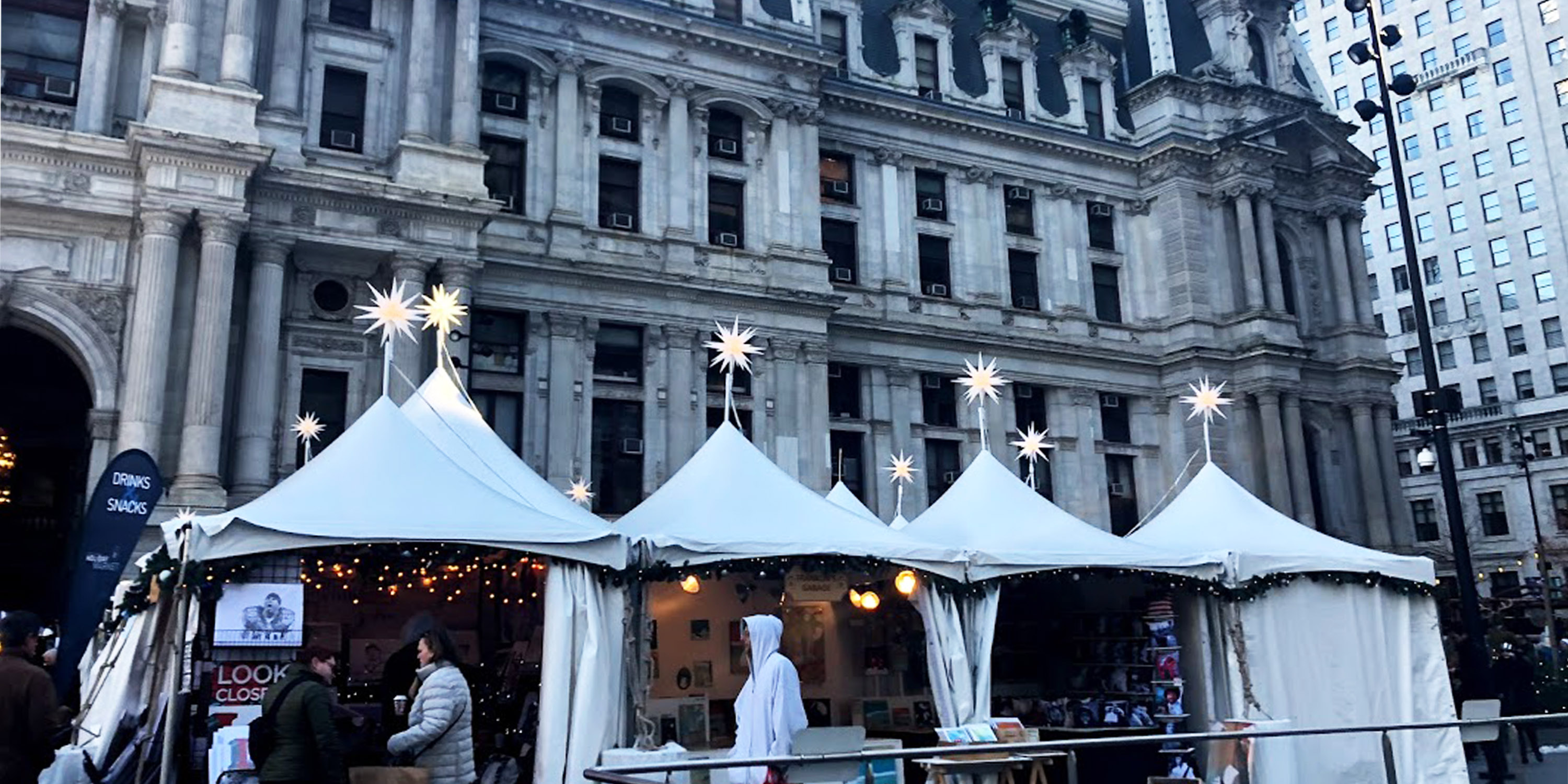 It’s like clockwork the beginning of every holiday season. Ghosts, skeletons and fake cobwebs are put away and the world is transformed into a microcosm of lights and inflatable reindeer. These traditions are honored, no matter how impractical they may seem, paired with the excuse of “tis the season.”

One of these traditions that is honored around the world is that of the holiday village. A holiday village is like a miniature pop-up neighborhood with festive dining, entertainment and shops. Something about these villages attracts throngs of people to spend their money on hand-knit hats, mini hot chocolate mugs and pre-packaged soft pretzels. Yes, it’s true that ice skating rinks are all over the city, but the rink at the holiday village, no matter how small it may be, is better. It’s a cash cow, the holiday village, but how did it start?

While these charming villages, traditionally known as Christkindlmarkts, have become Americanized, their origin comes from Germany. Most commercialized Christmas traditions date back to the Victorian Era when Queen Victoria of England married Prince Albert of Saxe CoBurg and Gotha (located in modern-day Bavaria and Germany). When the two wed, the Prince brought with him his Christmas traditions, very familiar to us today, and these villages are the pinnacle. The Christkindlmarkts that inhabit Germany are known for their unique characteristics from the cities in which the Christkindlmarkts are placed.

With the Americanized versions of these iconic villages, the tradition of shaping the villages to fit the cities in which they reside has in some ways been left by the wayside. Yet cities still manage to add their own unique flair to their versions of the Christkindlmarkt.

This holiday season, I had the pleasure of visiting four villages in three different American cities. While they all shared many similarities, they each represented their cities in their own unique ways. 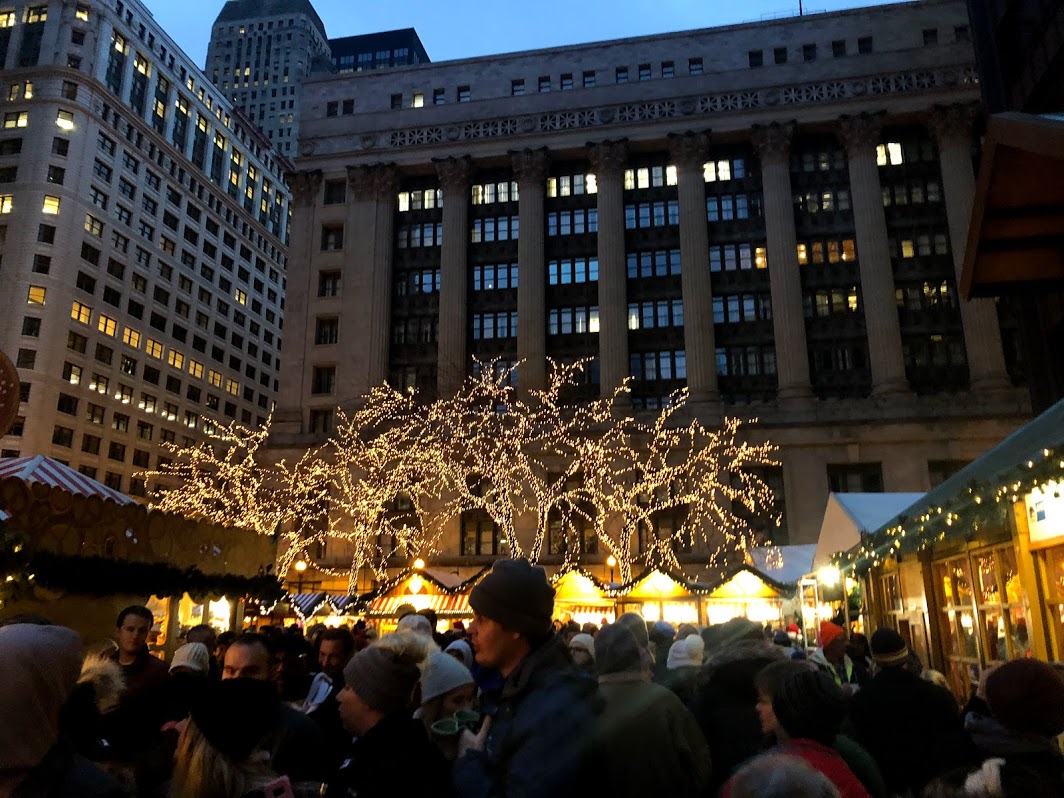 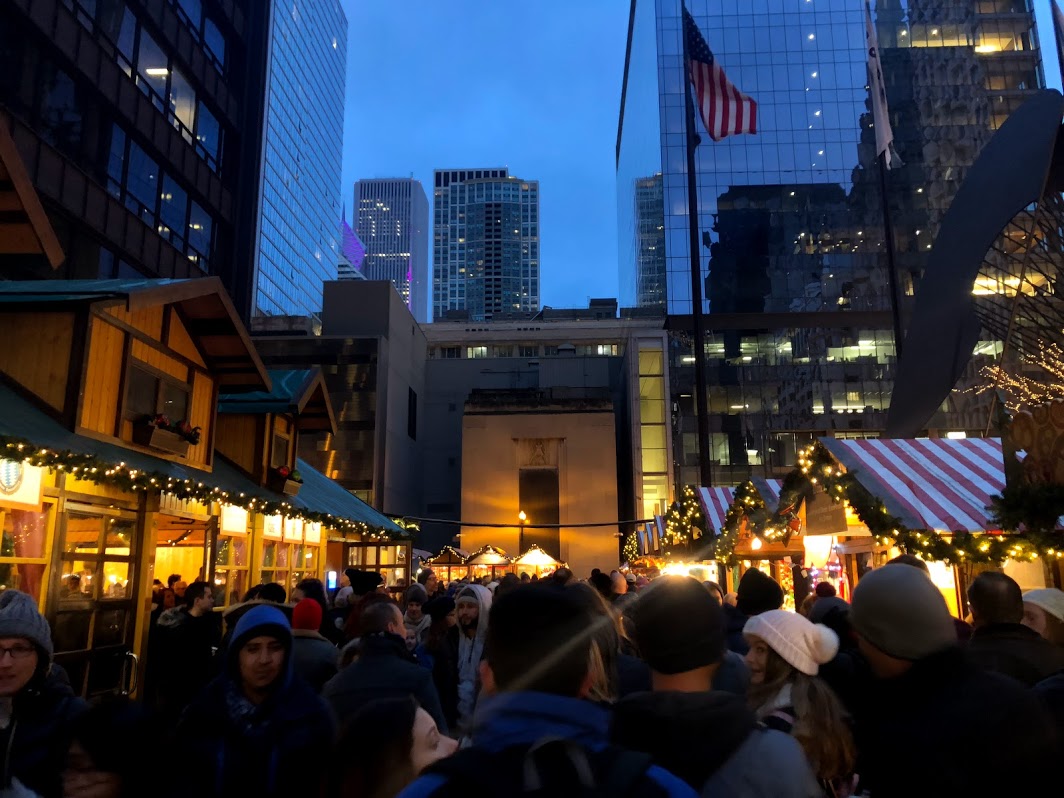 Located in Daley Plaza, in the heart of Chicago’s Loop, this Christkindlmarkt has been in Chicago since 1995. It was created by the German American Chamber of Commerce of the Midwest Inc. (GACC Midwest), who was “seeking alternative ways to promote bilateral trade between the USA and Germany.” Along with the crowded bustle of Chicagoans packing into the plaza by the thousand, Chicago’s Christkindlmarkt is known for its signature mugs. Many consider these mugs to be a kind of collector’s item and have become a yearly staple, I myself have recently started my collection with this year’s heart-shaped mug and yes, it really is, “all that.” 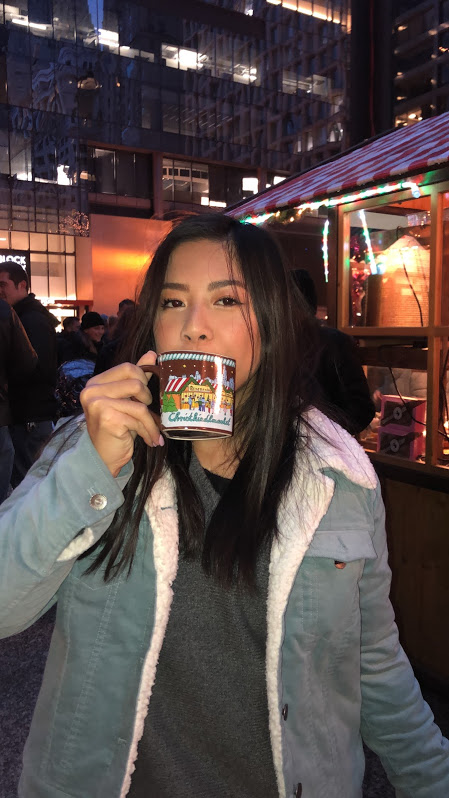 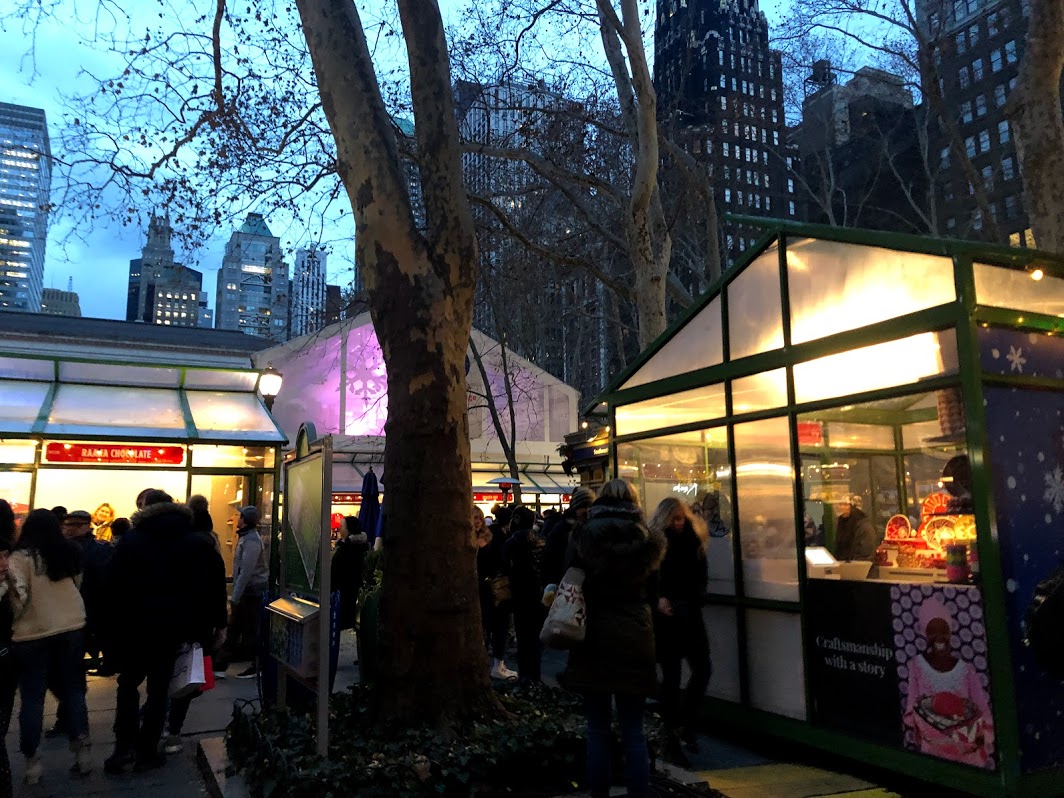 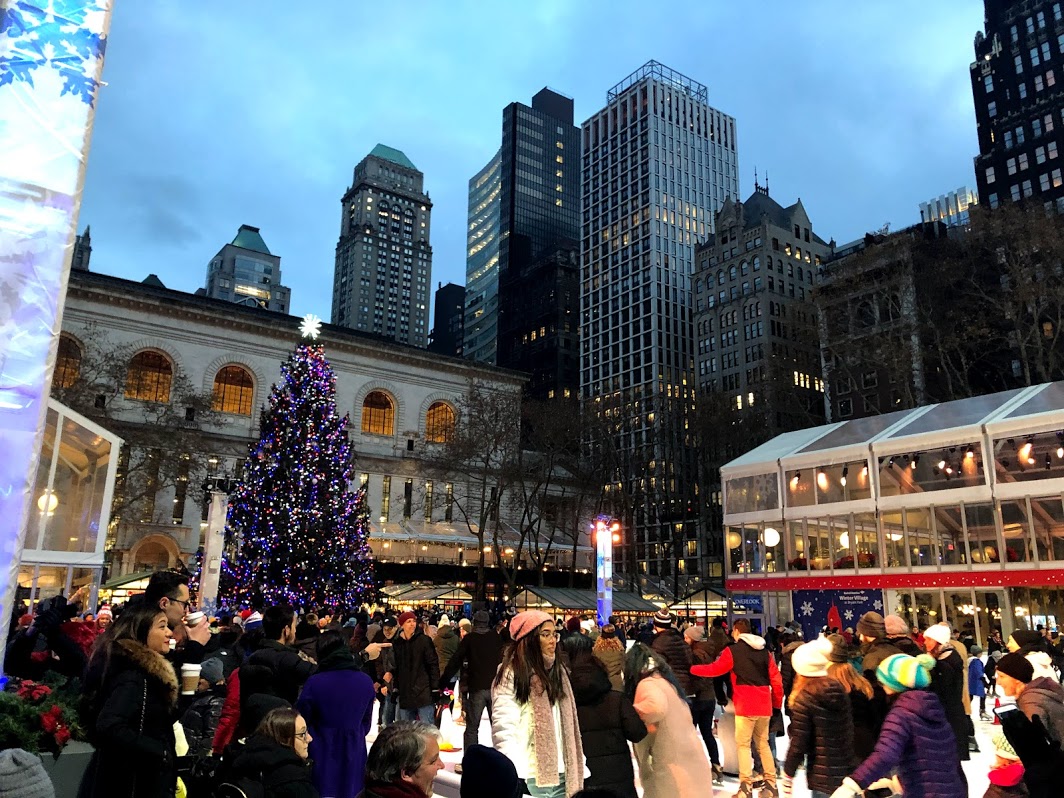 One of New York’s most iconic Christkindlmarkt models dubbed the “Winter Village” is located in Manhattan’s Bryant Park. The Winter Village may not be known for the specific items sold there, but it is known for its ice rink, lights, giant Christmas tree and shops in custom-designed kiosks. The purpose of this village is increase community among the New York population. The village is host to numerous holiday events beginning in October and ending right after the New Year. 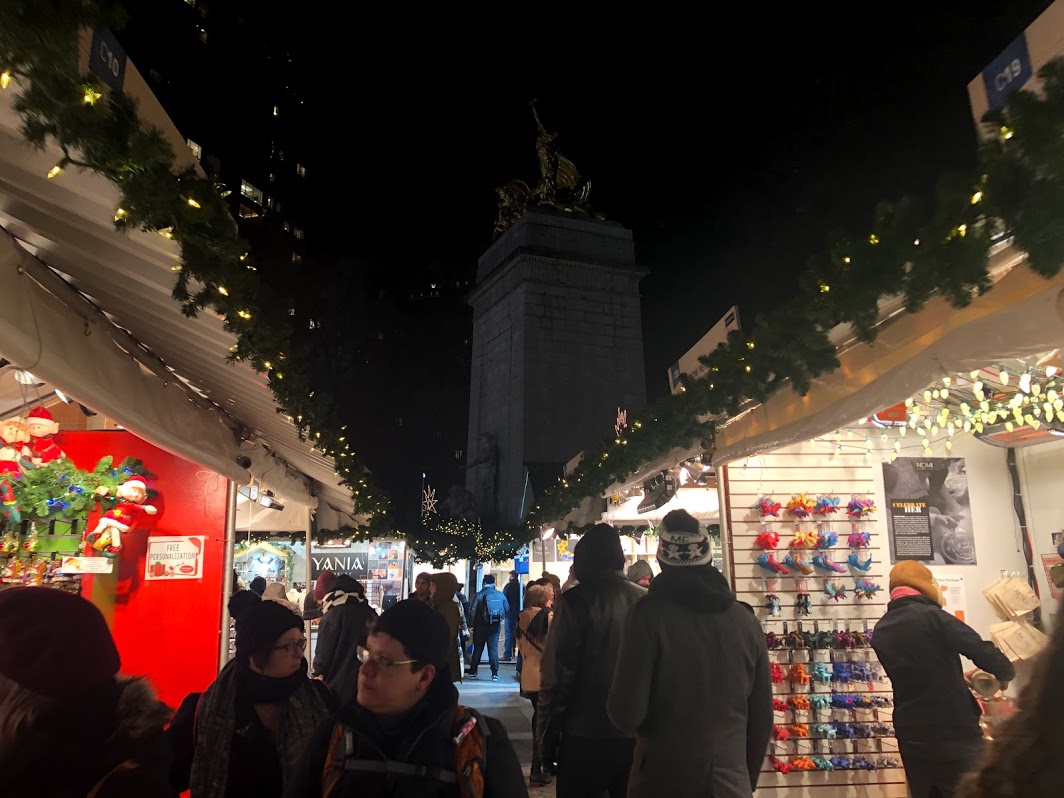 This New York Winter Village is designed to have the same function as the village located in  Bryant Park, however, instead of being located in the heart of a highly tourist-populated area, it is located at the mouth of Central Park. Its close quarters perfectly recreates the German design created to warm its occupants and put them in the Christmas spirit. 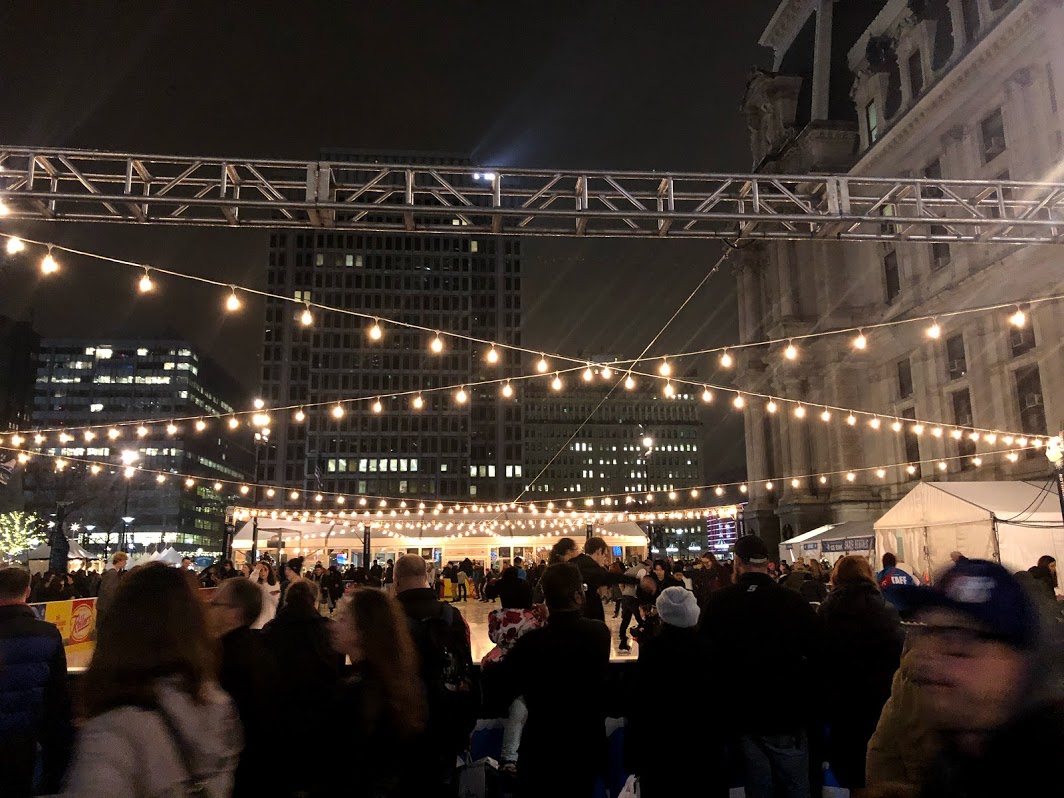 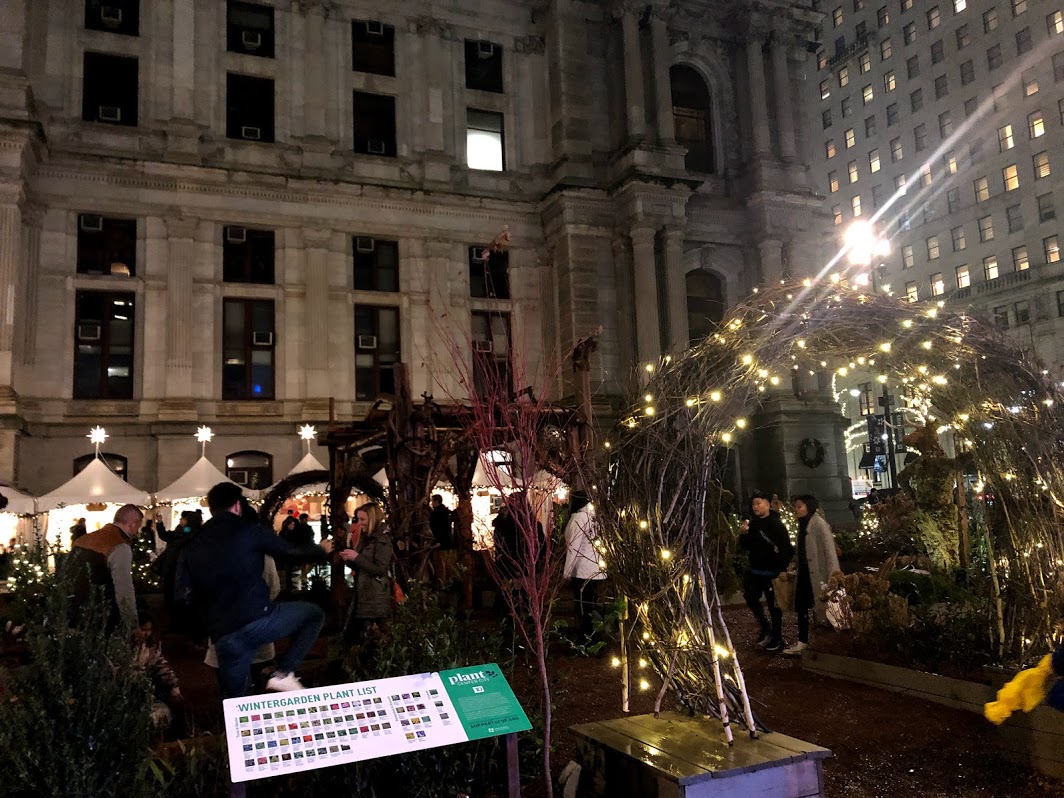 Philadelphia’s version of the Christkindlmarkt, simply known as the “Christmas Village,” is a notorious part of the holiday season in Philadelphia. The village is strategically placed in the city’s Dilworth Plaza in Center City. The village surrounds City Hall and continues into the center where a large carousel and Christmas tree can be found. The village is also complete with an ice rink and its fair share of lights. Possibly the most iconic part of the Christmas village are the many ornament vendors. These vendors pay homage to the origin of the Christkindlmarkt with their ornate wooden ornaments complete with gorgeous traditional details. 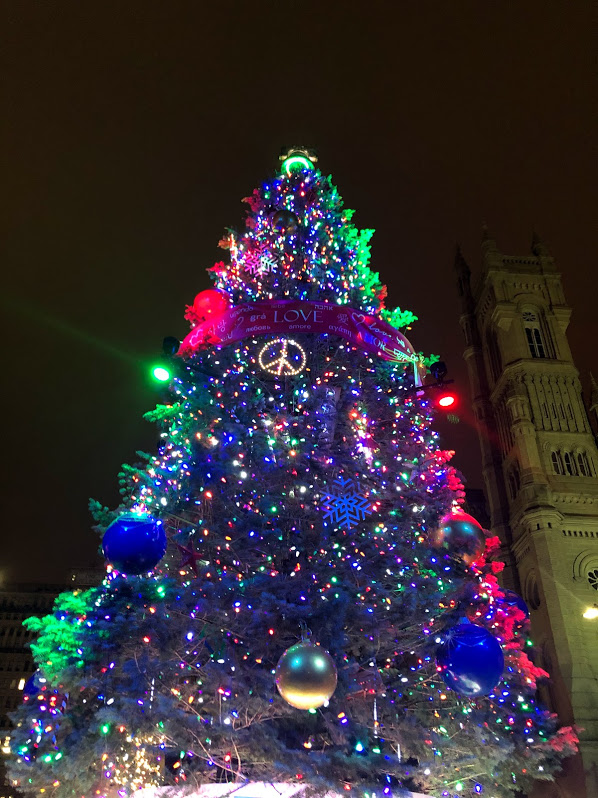 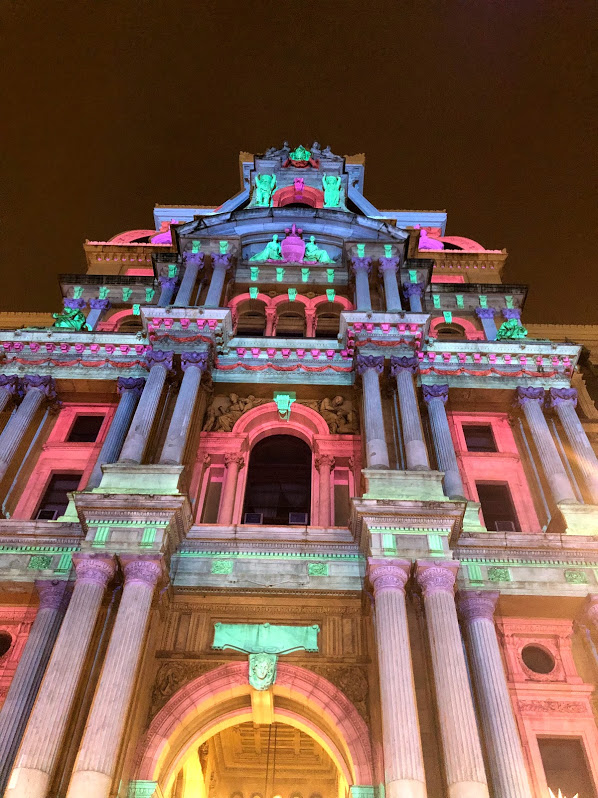 Although these villages may deviate from their original European models, they all accomplish the same goal: to create a consumerism-based holiday tradition. This tradition has and will continue to be a holiday staple around the world. No matter how expensive the signature mugs will grow to be, throngs of customers will return for them every year without fail.