Under the Needle: Young Consum..

The Rise of Belief-Driven Buying

The History of Holiday Village..

The Rise of Belief-Driven Buying 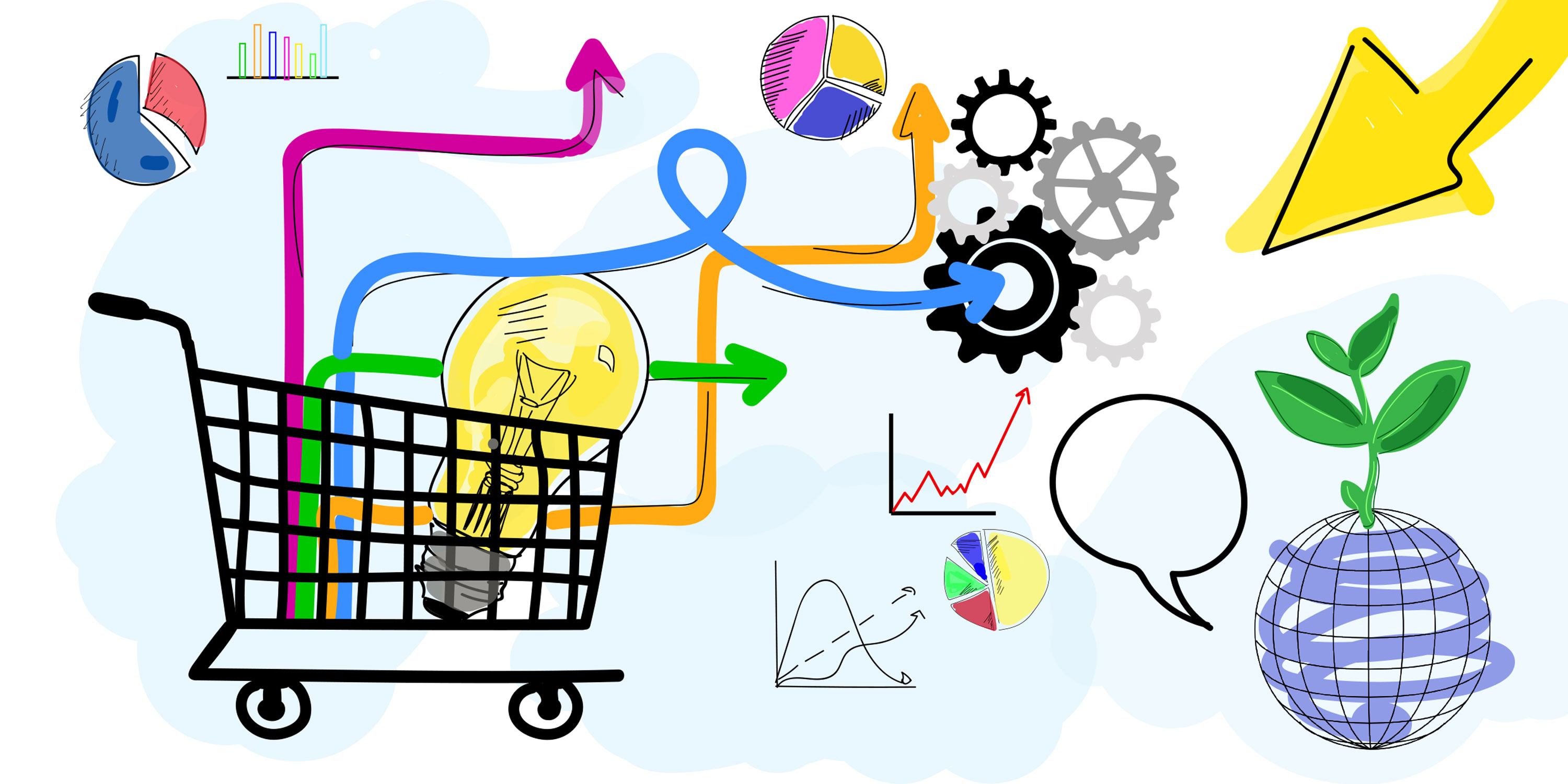 When I was a kid in the late ’90s and early 2000s, I was not allowed to have Nike shoes or apparel. My mom wouldn’t buy them for us because, as I remember it, the shoes that everyone else at school seemed to have were made in sweatshops. Of course, the 10-year-old me didn’t understand that my parents were trying to instill a piece of ethical consumerism into me. I just wanted what everyone else had.

Am I the only one who was brought up brand-conscious? No, of course not, and those younger than me are even more cognizant of buying based on ethical business practices.

Belief-driven buyers — consumers that prioritize principle over product — are now a majority of consumers across markets, age and income, according to a recent study by Edelman, a global communications firm. Sixty four percent of consumers identify as belief-driven buyers and choose, switch to or boycott a brand based on the companies’ views on societal issues, the report said. This is up from 51 percent in 2017.

“Increasingly more consumers are caring not just about the quality of the product or service but what are the underlying values of the business and principles of business,” said Matt Ragas, a DePaul University professor in the College of Communication. “How are [businesses] using our dollars, in terms of treatment of employees, treatment of their local communities, treatment of the environment? How are they being good corporate citizens?”

Ragas said young people, Millennials and Generation Z, have driven this trend. 69 percent of 18 to 34 year olds surveyed by Edelman identified as making purchases based on personal values, leading the other age groups in this trend.

For some though, buying on beliefs is a nice ideal but not always practical.

“At this point in my life it’s hard to be like that,” said Caroline Brown, a self-taught artist and new business entrepreneur. “Cost is a big factor.”

Brown said she is in favor of shopping local and supporting other local artists, but many of her purchases are based on what makes sense economically. She said she still had instances when she reconsidered where she shops, like when Zara made the news after young workers were found to have slipped messages that they were unpaid into clothing tags.

This is an example of voting with your wallet and is something Eva Bongiovanni, a DePaul University professor and advertising expert, said she urges her students to do because of the effect on the marketplace.

Bongiovanni said this trend for belief-driven buying is exploding and will continue, but not only because of consumer demand.

“A lot of people who found companies or are senior executives, they really do want to do something good,” Bongiovanni said.

The Edelman study found consumers look to companies to take a stand on social and political issues. 46 percent of Edelman’s survey participants said brands have better ideas for solving the country’s problems than the government. 54 percent said they believed it to be easier for brands to address social problems than to get the government to take action.

During a recent appearance on the Tonight Show with Jimmy Fallon, TOMS Founder Blake Mycoskie announced a $5 million donation and campaign to end gun violence. The shoe company is also credited with being one of the first to try the one-for-one business model by donating a pair of shoes for every pair purchased.

However, TOMS has faced criticism over the years. A study by the The World Bank Economic Review in 2016 found there was little impact on overall health, foot health and self-esteem of children surveyed in El Salvador, where TOMS shoes are donated. The study authors point out the importance of more careful donation practices.

Bongiovanni said as a strategy, businesses using cause marketing — or marketing that benefits both a for-profit business and non-profit partner — are more successful when their charity of choice aligns with their principles, like with the outdoor clothing brand Patagonia.

Last month, Patagonia announced it was donating $10 million to environmental organizations, which the company has long supported. The company said the money was saved from the Tax Cuts and Jobs Act of 2017 passed by Congress at the end of last year. In a press release announcing the donation, Patagonia called out the timing of the tax bill as a break for the oil and gas industries and pointed to the opening of millions of acres in Alaska to oil and gas drilling.

Other companies have set up ways for customers to contribute to charities throughout the year, such as AmazonSmile, which donates a percentage of the purchase price to the user’s charity of choice, or Lyft’s Round Up & Donate program for users to round up their fares for charity. It’s one way companies are making their philanthropy more visible, Ragas said.

“Businesses will adapt to stakeholder demand and changes in the marketplace in terms of societal expectations,” Ragas said. “Otherwise, they’ll be at a disadvantage.”

Since Nike’s exposure of using sweatshops in Asia to manufacture products at low costs in the ’90s, the company has tried to turn around its business practices and image. The company made the locations of its international factories transparent, audited its factories and raised the minimum working ages.

More recently, Nike unveiled the latest “Just Do It” ads in the fall, which notably feature the former pro-football player Colin Kaepernick, who started the trend of kneeling during the national anthem as a protest against racism and police brutality. Sales for Nike increased by 31 percent and their shares traded at an all-time high after the first weekend the ads ran.

I finally bought my first pair of Nikes few years ago with only a minor twinge of guilt. While my mom hasn’t said anything about me wearing Nikes around, I’ll still be conscious of Nike’s and other companies’ business practices and political positions.