20 Years in the Making: Blackbird’s Path to Michelin Stardom 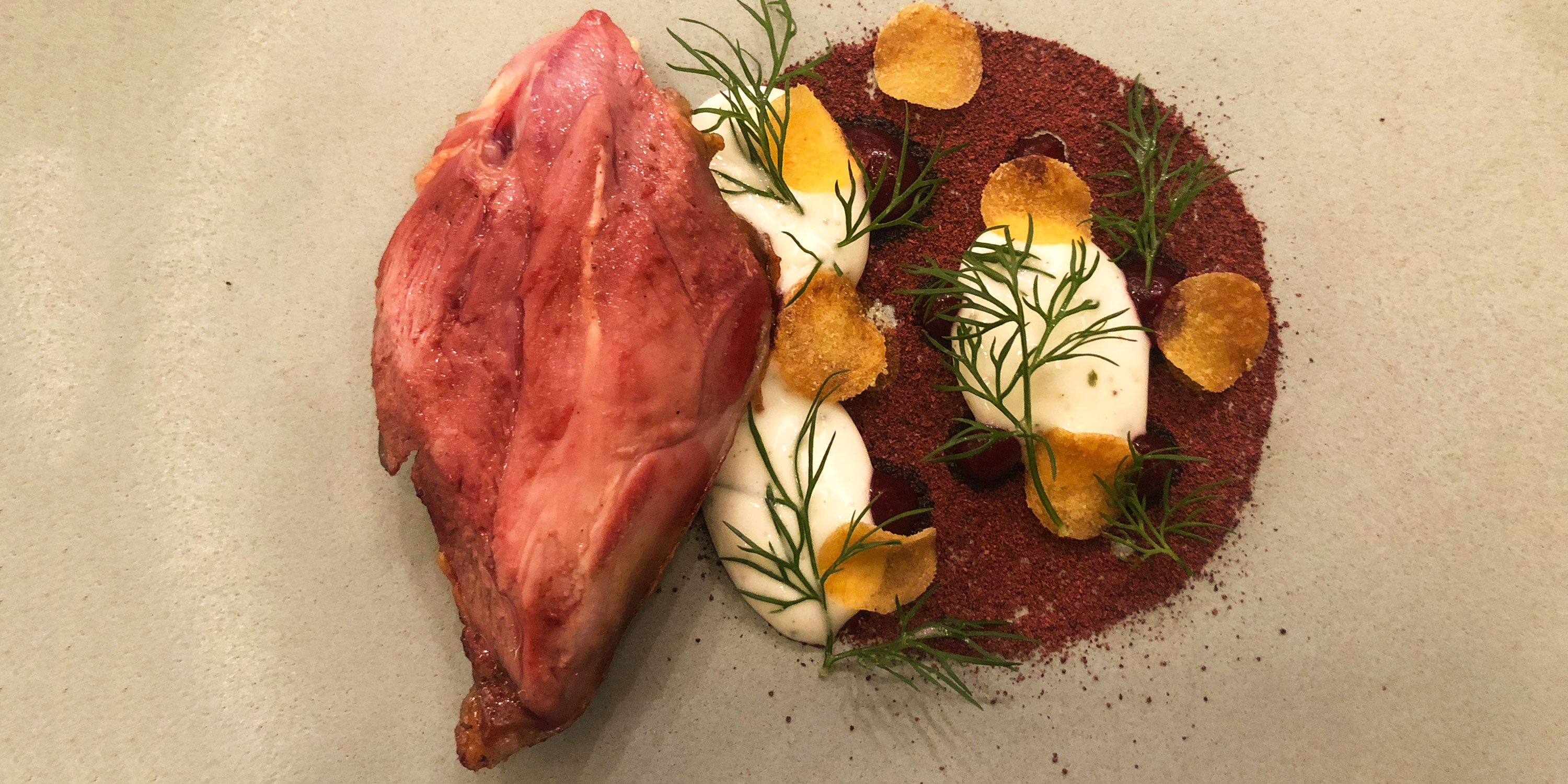 Quality of the ingredients used, mastery of flavor and cooking techniques, the personality of the chef in their cuisine, value for money and consistency between visits. These are the five criteria that decide whether a restaurant will get their name in the most coveted red book in all of food.

Each year around the end of September, the Michelin Guide releases the results of the U.S. Michelin restaurant guide, which highlights several of the most visited cities in the U.S., including New York, Chicago, Washington D.C. and San Francisco. For the 2019 year, 22 Chicago restaurants were awarded Michelin stars with Alinea being the only restaurant to hold three-stars. Acadia, Oriole, and Smyth all hold two stars and the remaining 18 all currently hold one star, Blackbird being among those.

Blackbird, located in the West Loop at 619 W. Randolph Street, first opened its doors in Chicago in 1997 and is the home base for acclaimed chef Paul Kahan who has become one of the most recognizable chefs  in Chicago because of the huge footprint he has left on the city. Since its opening, Blackbird has been the stomping grounds for many great chefs, from Mike Sheerin, who scored Blackbird their first Michelin star when the guide came to Chicago in 2011, to David Posey who maintained Blackbird’s star and held the Chef de Cuisine spot for seven years, to the current culinary duo Chef de Cuisine Ryan Pfeiffer and Executive Sous Chef Kyle Cottle.

“Working with Paul Kahan was definitely the best thing that I could have done. His patience and determination to take me under his wing and teach me about managing people and cooking made me the chef that I am today,” Posey said. 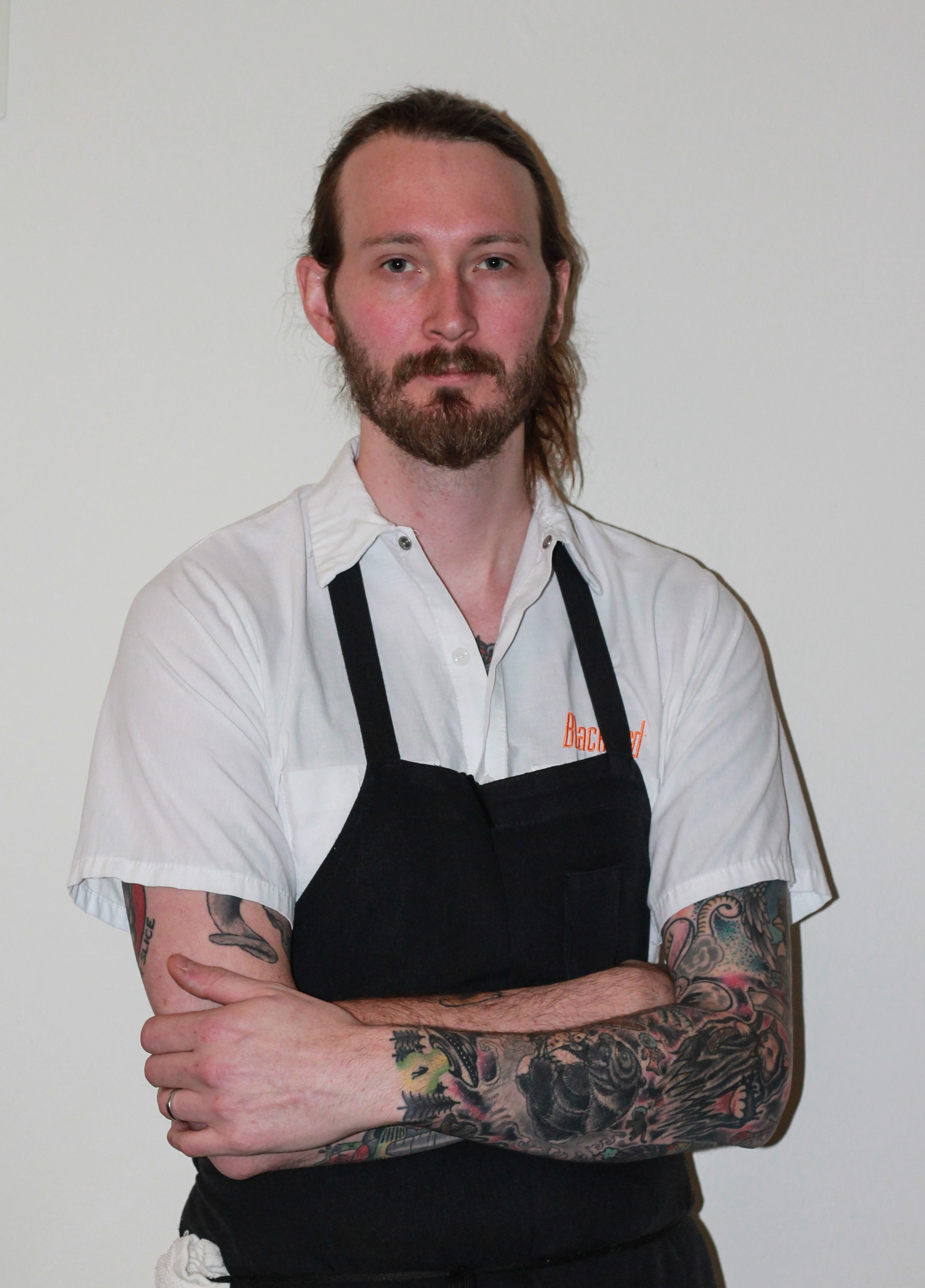 The kitchen at Blackbird is not like most located in the Midwest, as many kitchens are not used to seeing so much young talent coming and going from all over the world. “As far as the culture in the restaurant, ours is much more team oriented and fun. We are really trying to teach the cooks how to actually cook,” said Cottle.

This type of teamwork and dedication to real cooking within the kitchen is what makes a restaurant such as Blackbird worthy of its Michelin star. A kitchen is meant to be a place where one can learn and grow, as can be seen through Posey’s description of his hiring process and eventual working of his way to the top.

“I definitely had to work for a spot at Blackbird,” Posey said. “I went for a trial day after I quit Alinea and loved it. I asked for a job and was told that they would love to hire me, but were full. To make sure I would get the job there, I promised to come in one day a week and work for free until a spot opened up, and I would spend my time working at Whole Foods until one did. After about two months, I got offered a spot on the lunch crew.”

With the number of restaurants that come and go in larger cities like Chicago, it is really a point of pride for the Blackbird staff that they have had the opportunity to be a part of a legacy that has been able to stand its ground and to keep going.

“I always remind the cooks how many restaurants close and it is not because they don’t serve good food or have good chefs — there are so many things that go into keeping a restaurant open and keeping people coming in,” Cottle said. “We always are trying to push forward and things have dramatically changed in the past few years in how we run the restaurant.”

Pfeiffer and Cottle, who now set the standard at Blackbird, have brought a fresh new outlook to the restaurant, working to constantly keep the menu updated and rotating with major seasonal changes. They also ensure that they are purchasing the best products possible, despite being in the seasonally temperamental Midwest.

“We have a couple different foragers we work with and we work with a lot of different farms. We are always searching for new farms, and there is actually a farm that we are super excited about for next year because he has a laundry list of amazing product,” Cottle said.

Tasting menus are becoming somewhat of a trend within the Chicago restaurant scene as chefs move more towards getting rid of their expensive, often creatively limiting a la carte menus. However, Blackbird is committed to working within the a la carte mold in order to maintain their roots, challenging their chefs to be creative despite the odds.

Walking into Blackbird, I was greeted by a sharply dressed hostess manning a sleek stand at the end of the lengthy bar. The small and intimate room was filled with the delicious smells of the kitchen, which protrudes outward into the dining room. My companion and I were brought to our table where we were seated and greeted by a spunky, smartly dressed server. The server explained the menu choices in depth before leaving us to decide from a list of mouth-watering dishes. For diners like myself who can’t easily choose just one dish, there is a tasting menu option; at 10 courses and $140 per diner (plus $75 for an optional wine pairing) the tasting menu features seasonal, fresh ingredients from around the Chicago area and the world. 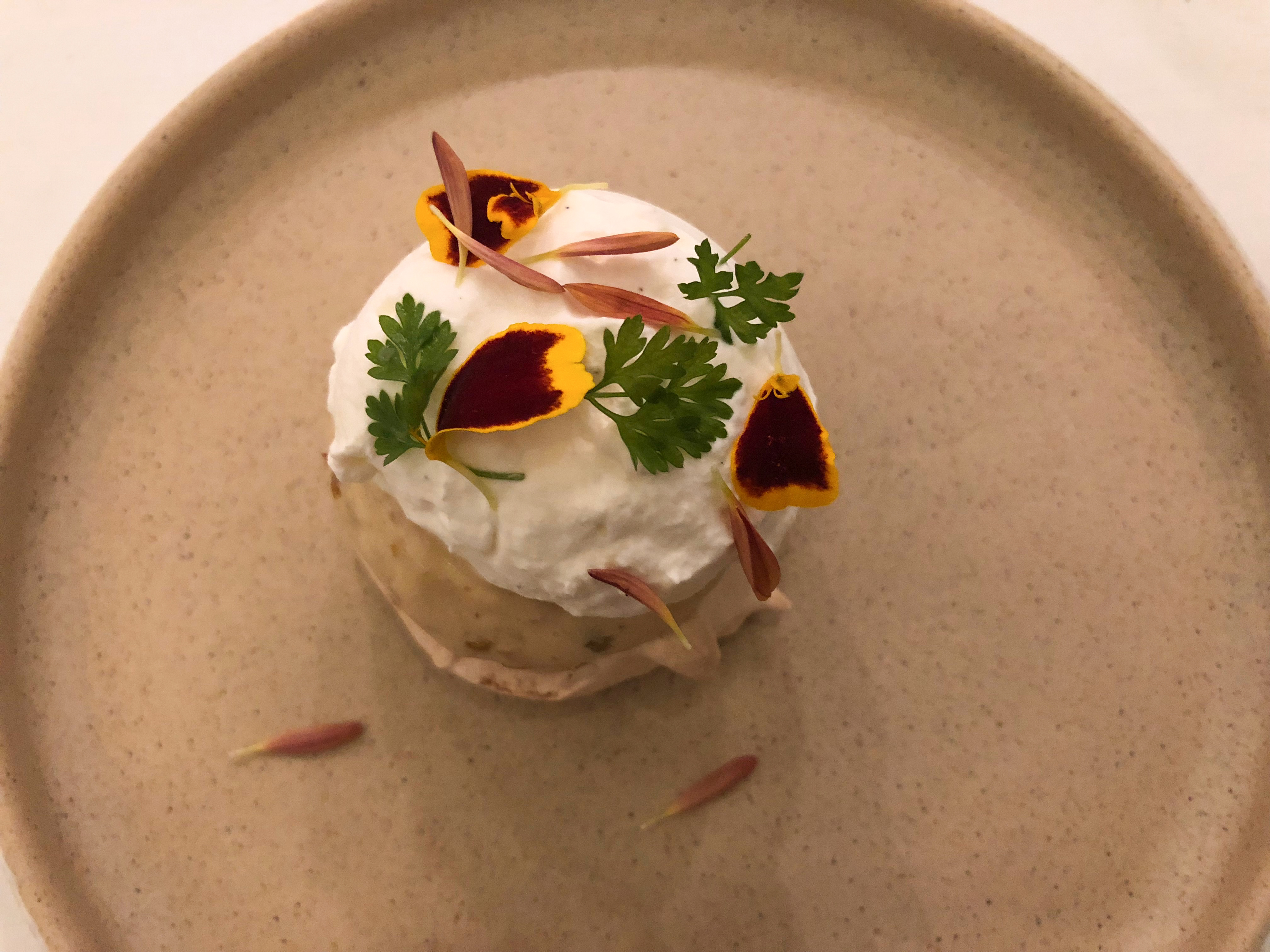 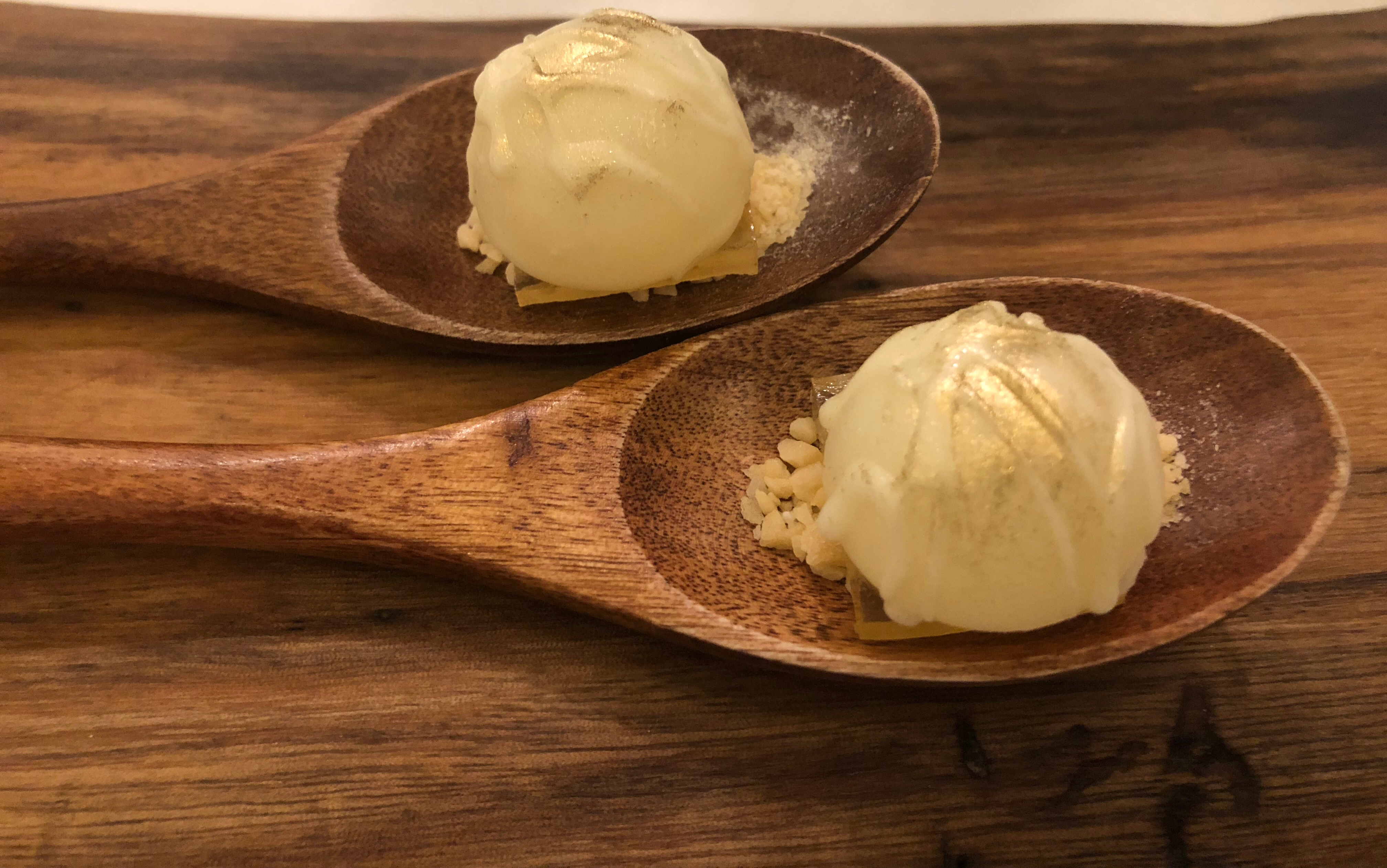 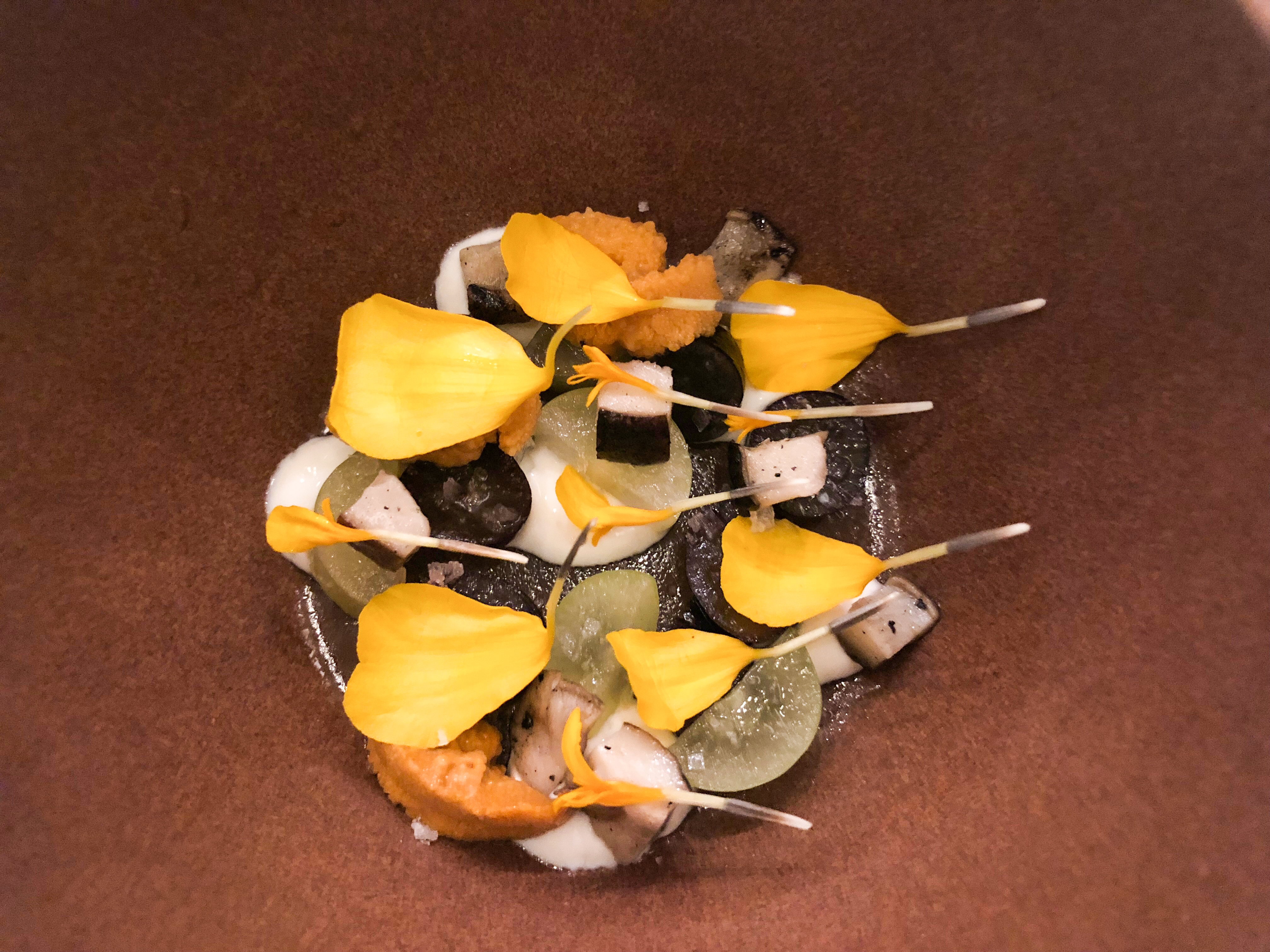 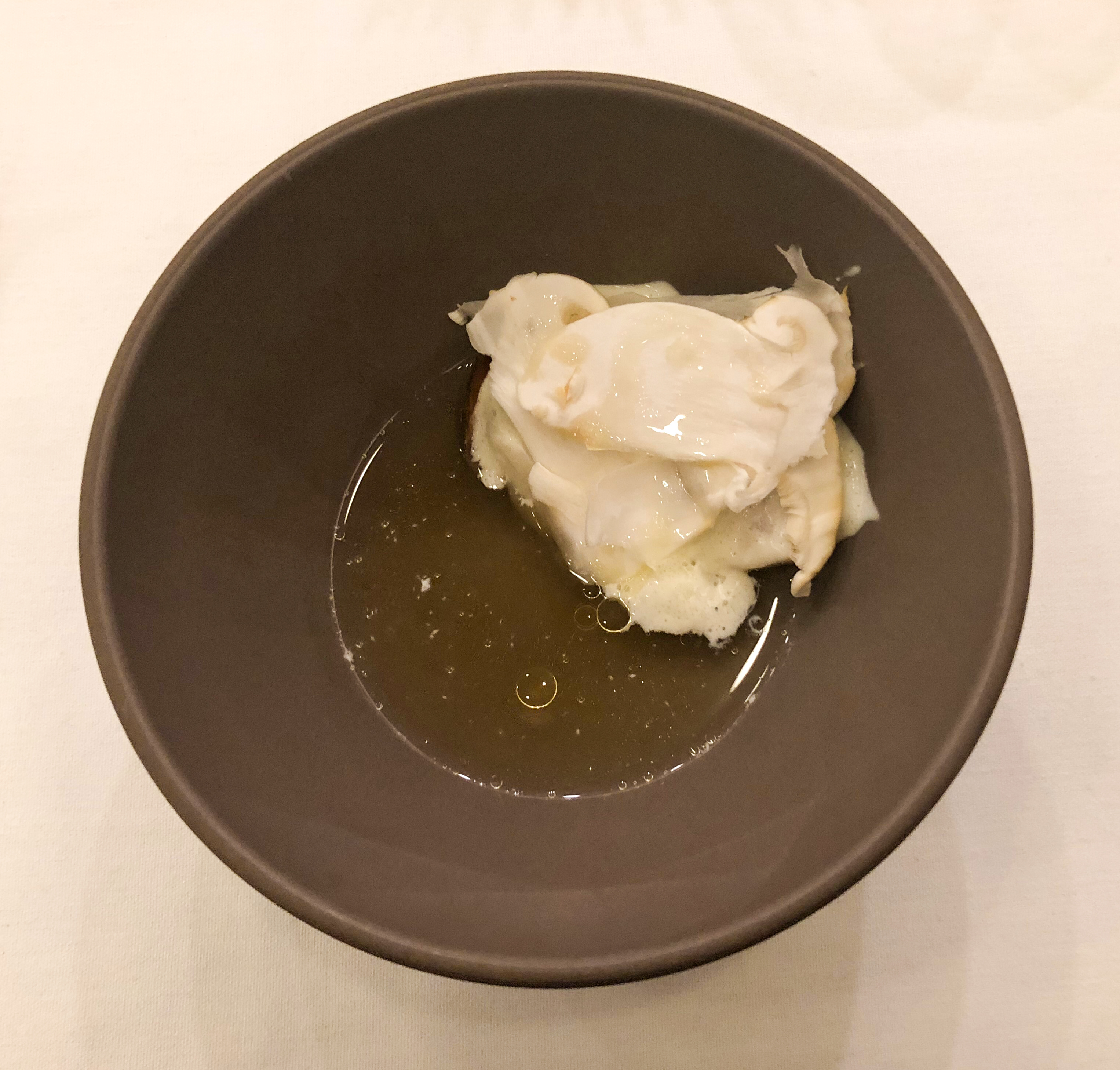 The first dish that blew me away consisted of a single grilled squab leg. A squab is a young unfledged pigeon and although the dish may sound simple, it was noticeably cooked to perfection upon the first bite and left my mouth watering. The second dish that took my breath away  consisted of pop rocks, a small square of lemon flavored gelatin and a melt in your mouth piece of white chocolate. The pop rocks created a unforgettable sensory experience and mixed along with the other two components in just one small bite the explosion of flavor was brilliant.

“There is an expectation of the experience that people are going to have when they come here, but to me our ability to remain timeless starts with hospitality,” Cottle said. “If you go to a restaurant and the food was good and the service was bad, you may not go back, but if the food was okay and the service was really great you are probably more inclined to go back.”

There are only a few people in the Chicago restaurant scene — including Kahan — who have been able to create the kinds of restaurant that have been able to remain timeless within the ever-changing world that surrounds us. Blackbird is one of those restaurants, thanks in part to who they choose to hire.

“I think the reason that they have been able to maintain the [Michelin] star was the owner’s unique ability to hire cutting edge chefs with a high level of integrity and determination to stay relevant in the restaurant scene,” Posey said.

Not only does the success of a restaurant such as Blackbird rely on fresh talent, it also relies on those who have been there since day one and have seen it all. Shea Zimmerman was a server at Blackbird for two years and vividly remembers what it meant to be a part of such a timeless restaurant.

“The restaurant has maintained a very high standard of service, earning all kinds of James Beard and Jean Banchet awards. Part of this comes from the staff, there are people who have worked there since the restaurant first opened and their hard work and dedication is the heart of the restaurant,” Zimmerman said.

At Blackbird, the people who work there are a family dedicated to supporting one another through nights of challenging service, shifts in power, financial struggles, and the endless grind for their coveted Michelin star. That is what has made it a restaurant which has stayed open for 20 years, continually topping “Best of Chicago” listicles.

“It’s not easy to keep up in the Chicago restaurant scene for so long and the excitement and energy in the restaurant comes from the passion of the staff, always trying new things and staying humble,” Zimmerman said. “Working here was amazing because you just look around and your co-workers are some of the best, true industry professionals.”

This is proven by a Blackbird tradition, beloved by Cottle, which occurs on an employee’s last day of work. “As all restaurants do, we put up a family meal every day between the lunch and dinner service and, historically, on your last day, you make a staff meal that is special to you,” Cottle said.

Few chefs at Blackbird have already had the experience of cooking their last staff meal. During a transition of chefs, Cottle left the company for a short period of time before returning and for his last staff meal, Cottle put up a meatball sub day for everyone.

“It has always been really fun and it is a thing that people think about all the time. They might want to work here for two years, but six weeks in they are thinking about what their last staff meal might be.”

Looking towards the future, Pfeiffer and Cottle plan to keep pushing the envelope by putting together possibilities for out-of-the-box tasting menus and keeping the guests in mind.

Things may have changed a lot over the years in terms of how the restaurant is run, but the restaurant has stayed true to itself throughout. “The partners have trusted us to do what we want to do and to do it in the Blackbird way,” Cottle said.