A Guide for Your Winter Skin C.. 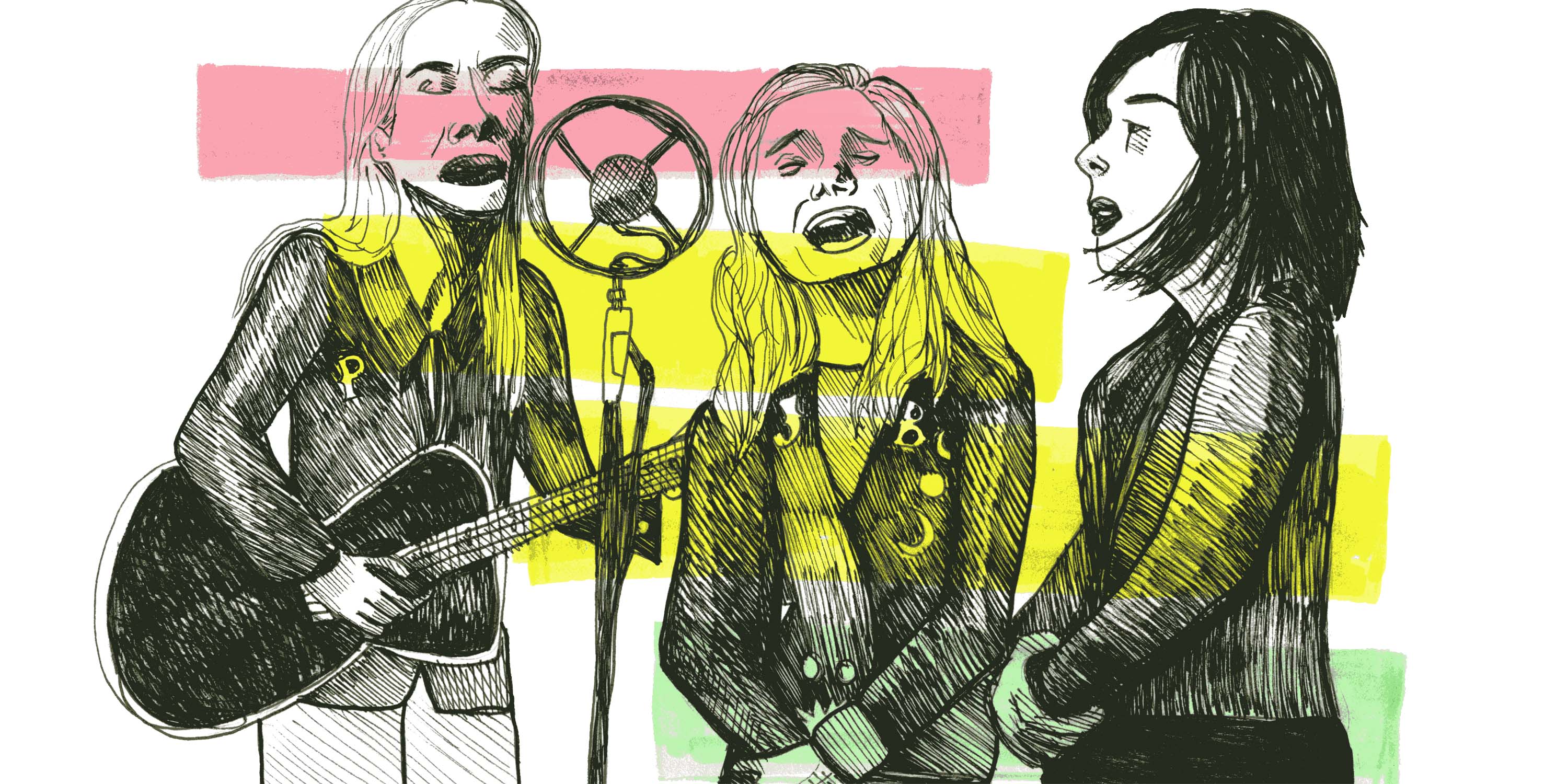 Voted number one Best New Music Artist in 2018 by Newsweek and listed on NPR’s Best Albums of 2018, the indie rock supergroup boygenius made unquestionably noteworthy waves in 2018. boygenius’s sold out tour speaks to their commercial success, but the group is specifically notable in their creation of a space to process bittersweet sentiments as a 2018 came to an end.

The three are strikingly self-aware in their ability to recognize the overwhelming dreariness in their songs. They balance this with humor and personality that make them relatable and perfectly compatible. In their sold out show at Thalia Hall this November, Dacus, after singing about resisting urges to punch an ex in the face, made jokes about how no one came to the show to see her.

Bridgers, after a song about being self-concerned in the wake of the death of a friend and another about her intense infatuation with serial killers, introduced the rest of her gloomy set by saying, “Here’s a sad one that’s kind of fast,” and later, “Here are some more sad ones but on my electric guitar.”

Baker, the headliner, unnecessarily apologized for “being rude” after forgetting to introduce herself.

Each unabashedly address emotion in a manner that invites others to commiserate rather than shutting them out, dismally confessional without feeling contrived. This is why Baker, Bridgers and Dacus make such a good trio.

Bridgers and Dacus also released their own critically acclaimed albums in 2018, Bridgers with Stranger in the Alps and Dacus’ Historian. Their collaboration is a culmination of their individual success in the past year.

The three women developed deep friendships through chance meetings, tours and performances. They got to know each other through backstage conversations and long-form emails, then booked a tour and banded together for a six-song EP under the name boygenius.

Their solo music has similar themes of loneliness, debilitating heartbreak and struggles with mental health, but the artists are stylistically distinct. Dacus’s music is solidly indie rock with a soft sound that easily fills a room. Bridgers incorporates folk elements into her work, with a sweet and breezy voice. Baker’s music is heavier, with vivid theological themes, teetering on the edge of punk with her vocal delivery.

“I feel like a lot of journalism makes it out to be like the collective consciousness has a finite imagination for multiple women at one time in a similar genre,” Baker told GQ, “but it’s just like, if we were dudes that would never happen because our music sounds really different.”

Instead of running from these associations that reduce their success to significant only because they are women, the three made a joint self-titled EP, boygenius, released October 26.

boygenius succeeds in both celebrating and accommodating their individual abilities, seamlessly blending their styles into something unified without forgoing their distinct talents. Each take lead vocals on different songs, giving the listener a chance to appreciate the artist’s individual contributions. The songs deal with insecurity, instability and sadness with fragile harmonies and authentic lyrics.  Baker, Bridgers and Dacus choose to address these issues head-on without efforts to soften the edges.

In “Stay Down” Baker addresses disassociating and a seemingly one-sided relationship, singing “I look at you and you look at a screen / I’m in the back seat of my body.” While “Salt in the Wound” addresses emotional labor as Dacus sings, “Trick after trick/ I make the magic/ While you unrelentingly ask for the secret.”

The lyrics propose an honest address of emotion, directly dealing with feelings instead of letting them fester. In an era where any serious thought seems to be followed with a qualification, this vulnerability might be necessary. boygenius has a cathartic effect of forcing you to deal with your problems.

“Me & My Dog” epitomizes this ability to deal with emotions without being entirely miserable. Anchored by Bridger’s haunting and poetic style, the song addresses a failing relationship and an anxiety attack. “I never said I’d be alright / Just thought I could hold myself together / I couldn’t breathe I went outside,” she sings. Then later, “I want to be emaciated / I want to hear one song without thinking of you.”

boygenius finds the balance between irony and sincerity. The trio copes with the content in “Me & My Dog” with resigned good attitudes. During this song at the Thalia Hall concert, they smiled at each other, dancing and laughing as audience members sang along. While Baker played her guitar, Dacus and Bridgers jokingly made rock-on signs and bobbed back and forth.

boygenius is set apart by a lack of power structure. Baker, Bridgers and Dacus work together without evidence of attempts to upstage, opting instead for companionship. They are not looking to out-sad or out-perform each other, but rather collaborate through mutual support and respect. They are visibly comfortable around each other, making their music and emotions even more impactful.

boygenius is evidence of the power of the female collective. Baker, Bridgers and Dacus turned sadness and a threefold interest in death into a musical powerhouse and, more importantly, a deep knit support system that champions female companionship. Though the tour is over and there is no confirmation of future collaboration, boygenius will surely continue to impact.

Solo, all three women’s talent is unmistakable. Together, they confirm there is something cleansing about extreme emotion and sharing that emotion with others.