The Art of Tarot in Modern Society

A Guide for Your Winter Skin C..

The Art of Tarot in Modern Society 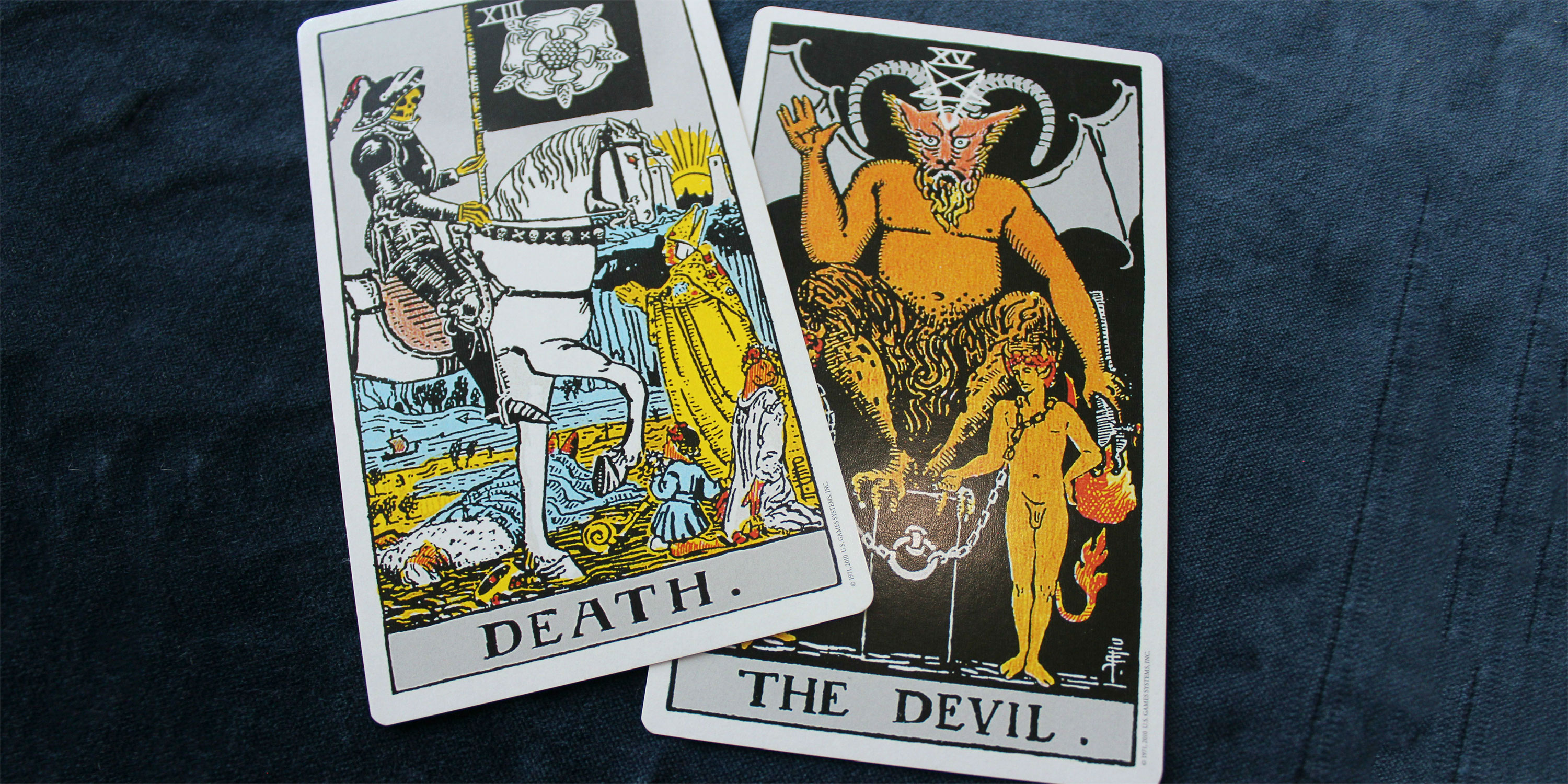 Tarot cards. Crystals. Herbs. How does your brain categorize those words? Maybe it imagines jangly earrings hanging from the ears of an eclectic soul, or maybe it sees withered hands flipping over cards that face you with pictures of death. It turns out that those words have more to do with inner tranquility than the spooky drama that we’ve been exposed to in mainstream media.

These days, it’s difficult to turn the TV on and not get a glimpse of some form of witchcraft stringing a story along. The Chilling Adventures of Sabrina and American Horror Story: Apocalypse have been making headlines, both good and bad, about the way they portray witchcraft. While the topic makes for great visuals, it also misconstrues the true meaning behind how those tools are supposed to be used in real life.

“I think, at least for when I was a kid, tarot is something that you maybe equate to a racist stereotype fortune teller,” said Jordana Dean, a regular tarot user. “Or maybe you think of, like, scary movies.”

It’s true. The classic dark psychological storylines found in horror films are often intertwined with the concept of tarot cards and magic crystals, as explained in this Hollywood Reporter article. In movies, divination is often portrayed as something dark and evil — an approach taking away the opportunity for anyone to see anything positive.

“I’ve heard of people believing that the cards were basically a portal to evil, similar to a Ouija board,” said Bridget Victor, owner of A Peaceful Path, a metaphysical store in the south suburbs of Chicago. “But I’ve never really felt that.”

So, How Does Tarot Even Work?

Tarot cards are best explained as decks of cards that have art, words and numbers printed on them to serve as symbols for people to interpret and relate to their own lives.

In the words of Victor, tarot and all of its counterparts are best imagined as tools. “When I refer to them as tools, I also refer to them as physical reminders or representations of things that we want to either bring in to our lives or release from our lives,” said Victor. “And they all have a meaning to them.”

Tarot is meant to bring you to a moment of introspection and, hopefully, help heal and guide you toward a path that can make your life better. You have to be willing to pick up the cards, stop what you’re doing, and try to figure out what the cards are showing you. In a way, you have to do most of the work. The cards just help to make it seem like you’re not, which can ultimately be the best part.

So, contrary to popular belief, the cards are not actually magic. “It’s not a magic eight ball,” said Dean. “[The cards are] just going to show you things in a different way, show you to look at an aspect of your life perhaps that you aren’t looking at.”

The important thing to know about the way that tarot works for inclusiveness is that the source of its meaning is independent from the cards themselves. Simply put, you choose where you think the messages are coming from.

“You can say, ‘Oh, you’re tricking yourself into thinking its relevant, it’s one of those things where you’re projecting onto it,” said Dean. “And maybe a little bit of it is that, but I also think that it’s uncanny how many times [the cards calling you out] can happen.”

Ultimately, the cards don’t create your future. They just help you point yourself in the right direction. 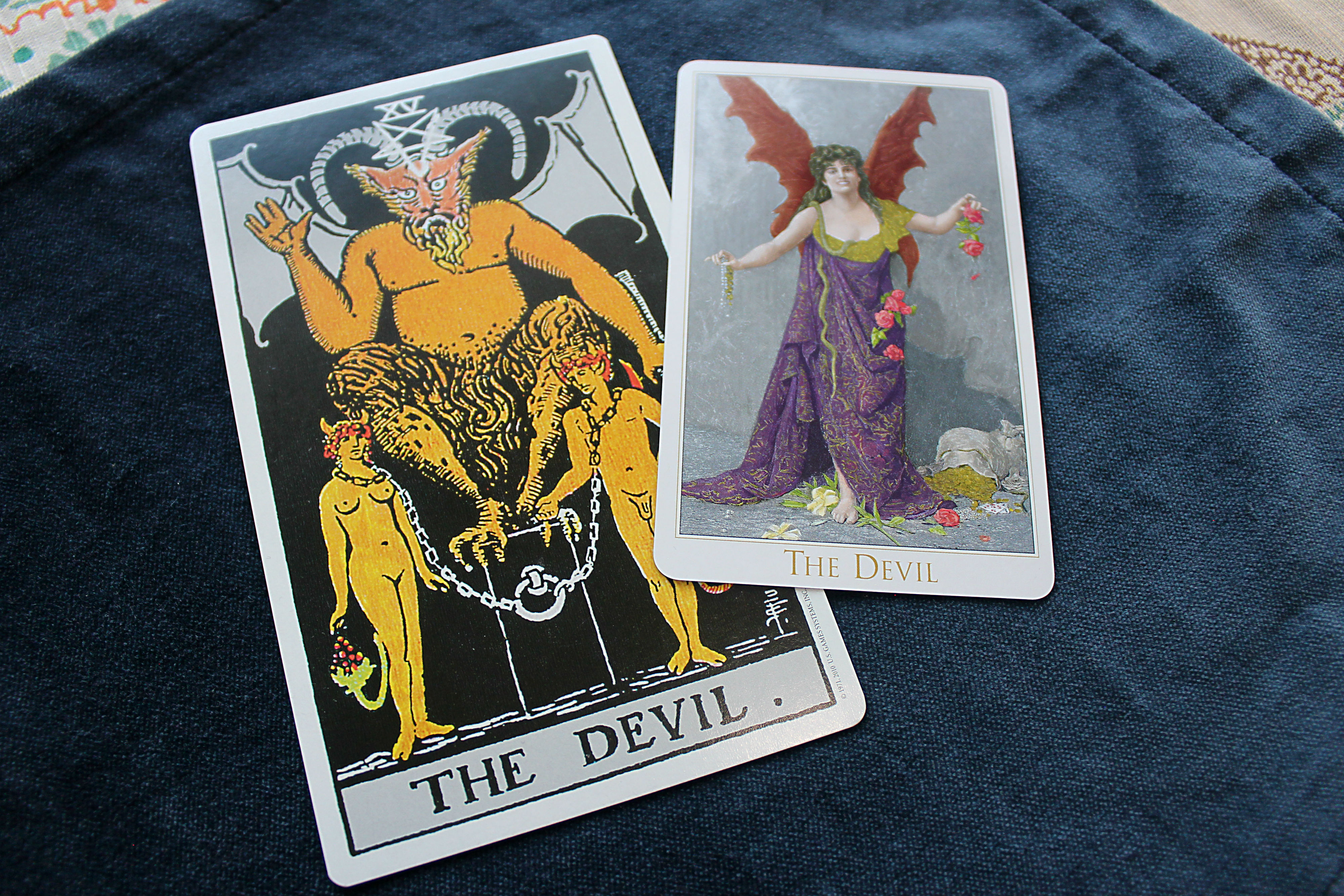 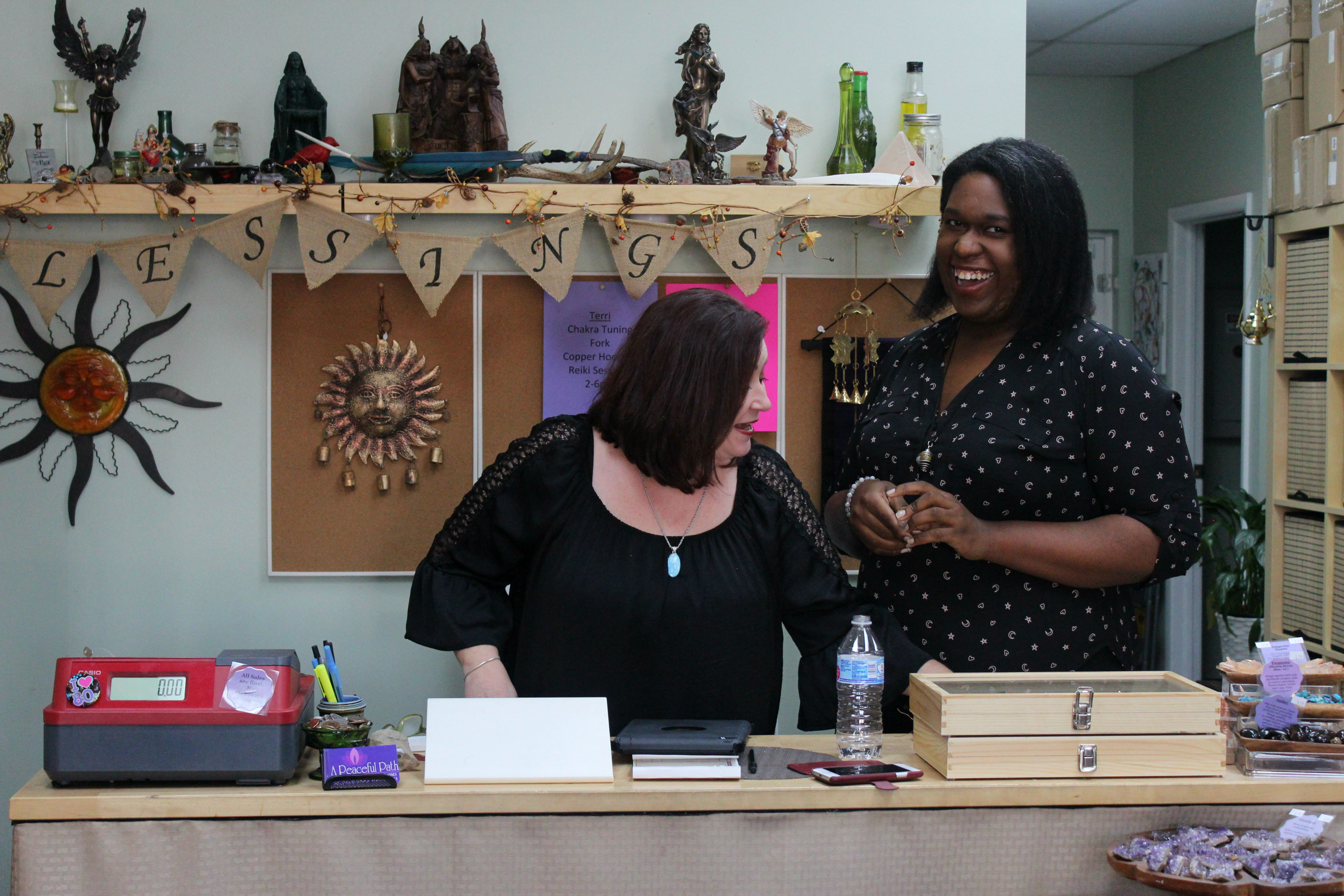 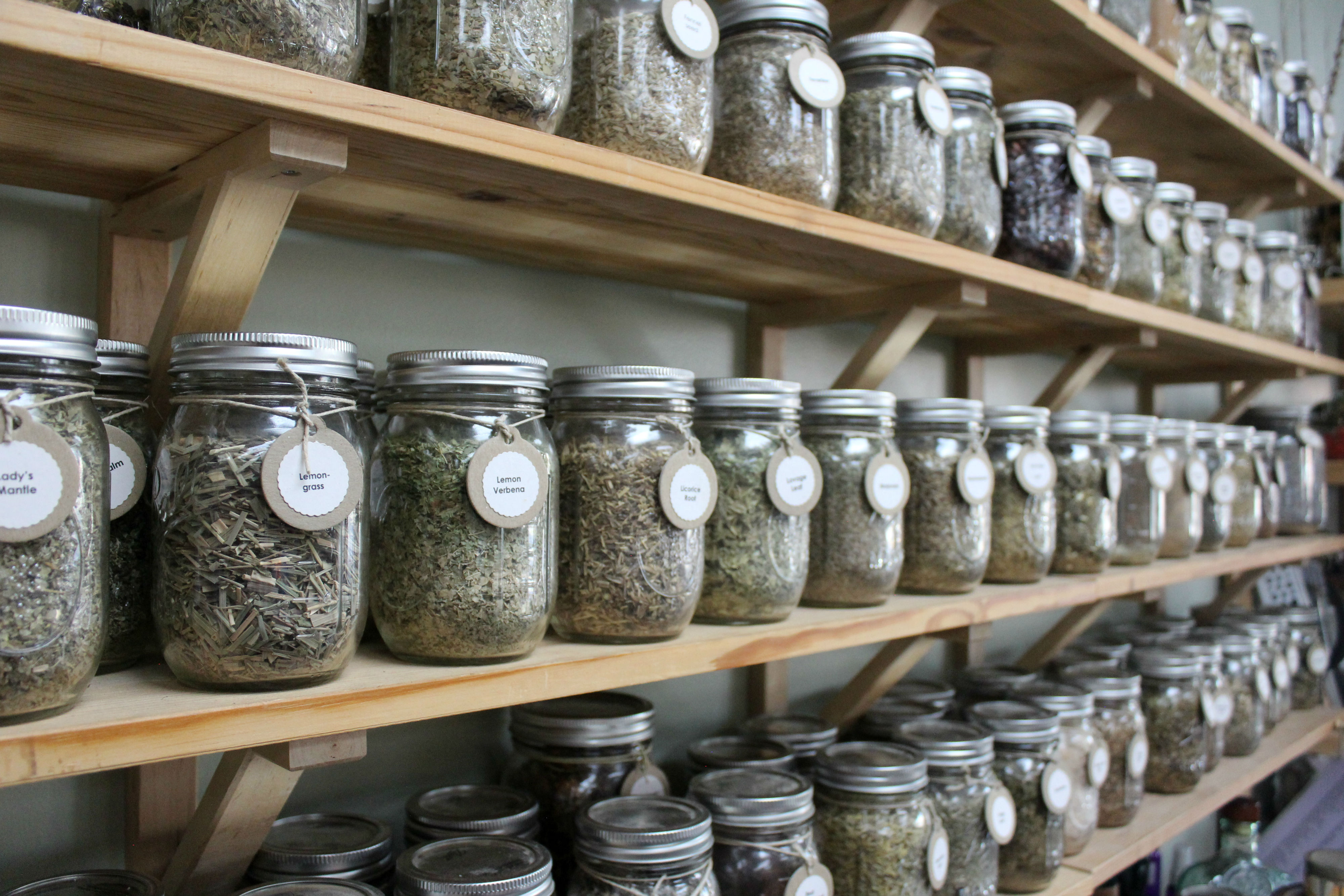 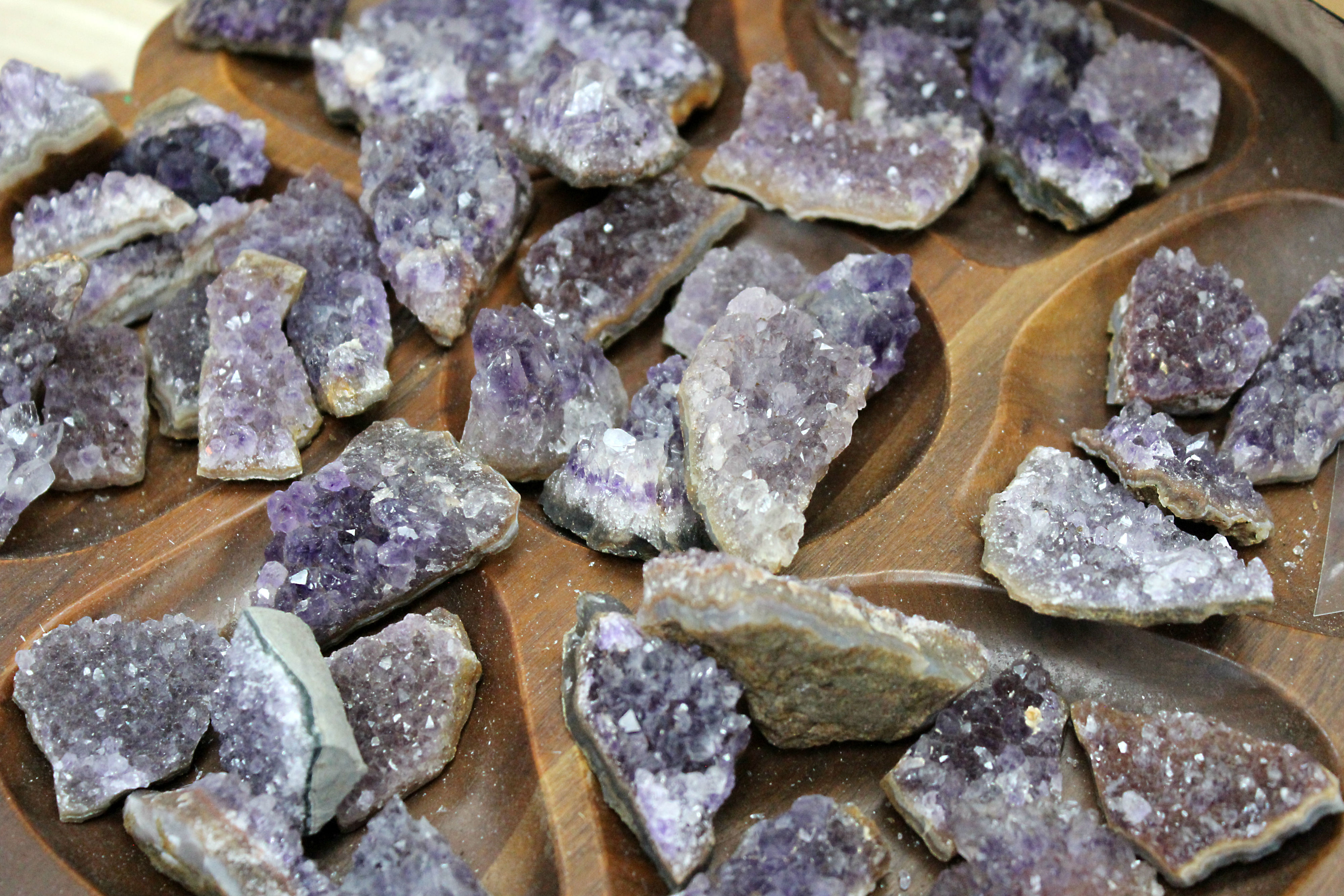 Why Is Tarot Portrayed As Evil?

Many people ground the belief that the cards are associated with something evil because of a couple key ones that produce some fear — the death card and the devil card. In more traditional decks, these two cards are truly painted as frightful, but their meanings do not have to be. Both cards mean something much more positive than what is alluded to by their titles.

“The death card is not about dying,” said Victor. Instead, the death card symbolizes quite the opposite: a new beginning stemming from something that was just put away. Similarly, the devil card does not mean that a demon is about to take over your life. The devil card represents things that tempt us as humans, things we refer to as our vices.

If you can look past the blunt names on the cards and dig deep into their actual meanings, you can see that tarot isn’t so evil after all. The pictures on the cards do most of the fear mongering. This is why newer decks try to incorporate artwork that better resonates with the true meaning of the cards.

What If I’m Religious? Can I Still Use Tarot?

There is a common belief that Christian-based faith systems assign a negative stigma toward the practice of tarot. True or not as they may be, it seems that there might be more acceptance for New Age practices within that religion than we might think.

The practice of tarot is rooted in the belief that we can find signs or symbols of some sort of divine through nature, which can then be translated to science. “If one believes that God created the universe, then of course studying creation through science can lead one to a deeper understanding of God,” said Father Richard Benson, a Catholic priest and professor at DePaul University.

If you’re looking from inside an organized religion, you don’t have to stand outside of the tarot community. There are plenty of options for you to believe in what you believe in and still benefit from these tools.

“I don’t think that whether you choose to use tarot cards would affect any of your faith-based religions,” said Victor. “I think they stand alone. I think that tarot cards and various other types of tools are just something to enhance that.”

Tarot cards aren’t just for the TV characters dressed in black on our screens. As long as the practice is used with knowledge, it exists for people of all ages, races, cultures and religions just trying to get to know themselves better. It goes against the grain, but it gets the job done.

“You don’t know it’s not for you until you try it,” said Dean.