Take It or Leave It: The Cultu..

For the Love of Soup: Where to.. 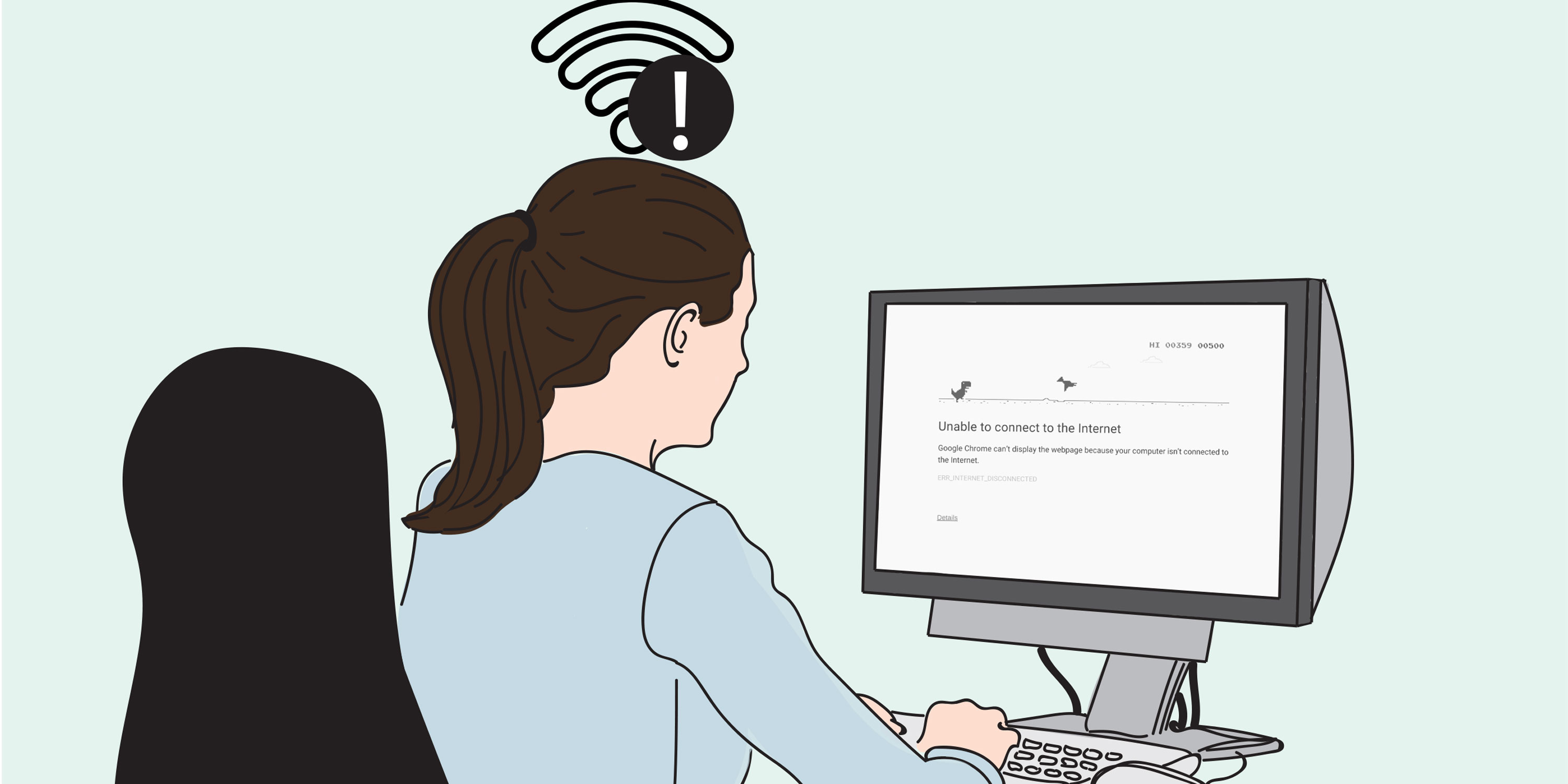 I was smack dab in the middle of my freshman year of college when I was informed I had violated the Digital Millennium Copyright Act of 1998. I received an email on March 4, 2016 with the subject line DMCA Complaint — Dean of Students Office. The email contained a set of three pleasantly passive aggressive attachments with “information related to your wireless access on DePaul University’s network.” I clicked on a PDF with the name “DMCA Violation Letter” followed by my own name. I still wasn’t sure what I had done to warrant this ominous email but I was certainly curious.

The letter claimed I had engaged in illegal file sharing on DePaul’s network and doing so was a violation of the DMCA and DePaul’s Acceptable Use Policy. Only I hadn’t engaged in illegal file sharing on DePaul’s network — I hadn’t seen the tiny lime logo on my desktop since I was 17 years old. The next attachment was a copy of the complaint processed by the Computer Security Response Team which detailed my name, my username, the date of the infringement, the reporting organization, my IP and MAC address and the network/protocol used. The report also included the name of the illegally shared song that had been detected on my laptop — “Dark Horse (Feat. Juicy J)” by Katy Perry. It all came crashing back.

I was a mix of embarrassed and infuriated. I was simultaneously being punished for my top 40 leanings and my high school vice of using LimeWire. Why couldn’t I have been busted for downloading some obscure but phenomenal record? How would the Computer Security Response Team judge my taste? My access to DePaul’s network depaulsecure was stripped until I deleted the file. With shame I dragged “Dark Horse” to the recycle bin on my desktop and emailed the Assistant Dean of Students that the illicit data was gone.

A week passed and I was still banished from using depaulsecure. Finals were fast approaching and I was beginning to worry that I would not have access to the network during the constant cycle of studying, taking exams and studying some more. I was a wireless nomad wondering from Starbucks to Whole Foods searching for any public WIFI network I could find. I couldn’t bear to think about my mother screaming from Kentucky about how much data I was using. Eventually I resorted to begging for friends’ campus connect logins to cheat my prolonged exile.

I wrote another email to the Dean of Students office — this time with more urgency. Finals were next week and I was going to need unequivocal access to the internet. I received a reply from Ellen in the Dean of Students office later that day explaining that my wireless privilege would not be restored because I now had another DMCA violation under my belt. Attached to Ellen’s email was another round of passive aggressive PDFs. The first attachment was a copy of my new complaint from the Computer Security Response Team. I immediately scrolled to the bottom itching to know what song my downfall was this time — “Royals” by Lorde. I didn’t know if I was more frustrated that my high school mistakes were being unearthed one by one or how basic the Computer Security Response Team must have thought I was.

The second attachment was a student conduct charge letter. According to Ellen, it was critical that we meet to discuss the situation. I thought that it was about time. I had no clue how or why my Lorde phase of junior year was coming back with such a vengeance and I thought of the hundreds of songs I had illegally downloaded over the years. Was I going to have to comb through my entire music library down to the last shameful Glee cover?

We set a meeting for March 15, 2016 for 9:30 a.m. The meeting was prompt — Ellen suggested that I take my laptop to the tech support desk in the library because even if I dragged the LimeWire icon to the recycle bin the software might not necessarily be  erased from my computer. I had made it 11 days without depaulsecure and it was time to end this madness.

I was worried I might snap my laptop in half if I had to explain my embarrassing situation one more time. The poor technician on duty politely listened to me rant about DePaul, authority and how much I had begun to loathe technology. I handed over my laptop to the technician and within a few minutes my desktop was free of the torrent software that had been holding my internet access hostage. A simple click and drag and my depaulsecure worries were over.

Two weeks later all I could do was laugh at the ridiculousness of this technological saga. The email chains! The snarky PDF attachments! All for a now painfully obvious mistake I made as a kid. I read a Popular Science article that explained how permanently deleting something is much harder than you think. When you drag a file to the recycling bin and empty it that doesn’t mean it’s gone from the computer forever. Until new data is downloaded to replace the old, the file will still be there. It was another reminder — much like my unfortunate experience with the DePaul Dean of Students Office — that the internet is forever whether we like it or not. Our online lives hold much more weight than we care to admit. I can’t remember when I became so dependent on access to the internet but it seems to dominate most of my actions for the day. I can’t remember the last best moment I witnessed without the lens of a phone camera but I wish I could.

As abstract and nebulous as a wireless network is, depaulsecure made me question the extent of personal responsibility and reminded me that what we leave online is just as much a reflection of ourselves as our actions. Last Friday DePaul retired the depaulsecure network. The school will now usher in a new era of monitoring student internet usage in the name of eduroam.

One has to wonder what we will be remembered for in the future. Will it be for our contributions to society? Our style? Maybe our humor? Or will it be for illegally downloading Katy Perry hits online? Either way — I’ll just be glad to be remembered.