A Walk Through Wintrust

Take It or Leave It: The Cultural Legacy of Rent

More Than Just a Bank

Take It or Leave It: The Cultural Legacy of Rent 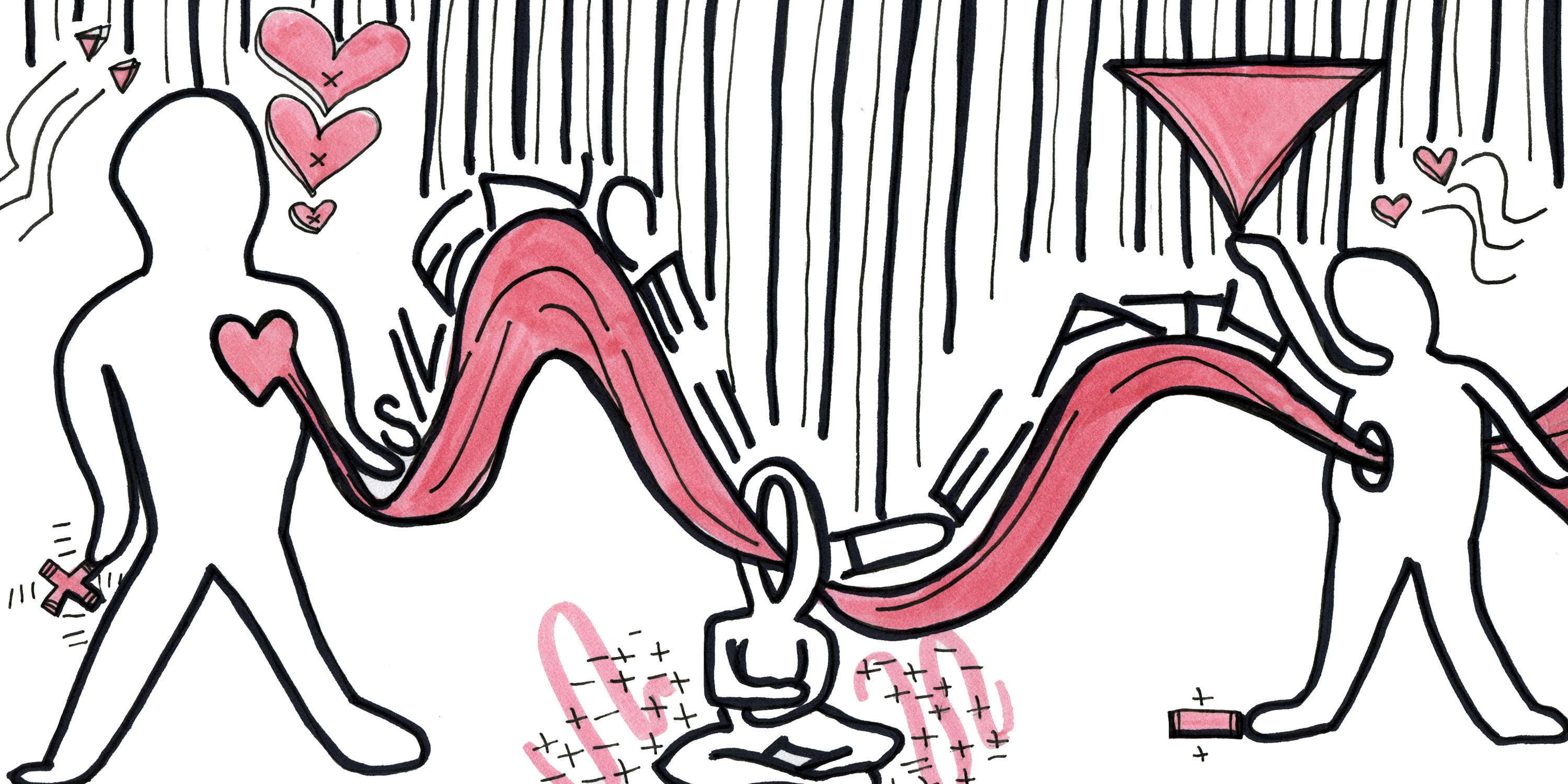 Fox’s Rent: Live was anything but. Over 3.5 million viewers tuned into the network’s most recent musical adaptation only to see a “previously recorded” disclosure taking center stage. It wasn’t truly live due to an accident during dress rehearsal that left cast member Brennin Hunt with a broken foot. They used a combination of footage from dress rehearsal with the live performance on the night of the broadcast. The foot injury was not the biggest problem of the night, though. The singing and overall production felt underprepared, which is likely a fault of airing the dress rehearsal. Even so, revisiting the now-classic tunes of the show can be enjoyable and nostalgic for many. Yet, the revamped Rent may have more problems at its core that need to be unpacked. So, from one person who loves to belt along to another, we need to talk about Rent’s problems.

Originally a Broadway musical, Jonathan Larson’s Rent debuted in 1996, less than a decade after the AIDS crisis. The rock musical was a smash hit, earning 10 Tony nominations and four wins. It follows of seven struggling artists living an anti-mainstream, bohemian lifestyle. In 2005, it was released as a feature film that maintained most of the original Broadway cast. The film was met with more critique than the initial musical. It holds a 46 percent rating on Rotten Tomatoes and many critics point to issues translating the story from stage to screen as the reason for the box-office bomb. Even so, both the film and musical sit on questionable foundations. Larson claims the musical is loosely based on the 19th century opera La Boheme, Giacomo Puccini’s four act opera about bohemian people living in 1840’s Paris. Roger and Mimi’s story in Rent mirrors La Boheme, but Maureen and Joanne’s story is not a part of the opera. Sarah Schulman asserts Larson ripped the plot from her lesbian novel People in Trouble to build Maureen and Joanne’s arc. In an interview with the Chicago Tribune, Shulman said, “Now in Rent, straight people are the heroes of the AIDS crisis, which is just not true… straight people never have to deal with the guilt of having abandoned gay people during the AIDS crisis.”

Larson taking from Shulman’s story is a real-life example of the straight-washing of the AIDS narratives in Rent. Larson, a straight man, took major plot points from the lesbian author’s work. Yet, they aren’t even the focus of Rent. The show’s main plot is a heterosexual love story between Roger and Mimi. Both characters have AIDS and live, while Angel, a trans woman with the same virus, dies from the illness in the show’s second act. So, AIDS does not kill the straight characters, but it does kill the trans character.

Even though the show centers on its straight characters, Rent does have LGBTQ+ representation in the main cast including Angel, Maureen and Joanne. Maureen, the feisty bisexual heartthrob who is both Mark’s ex and Joanne’s girlfriend, is a personification of several negative stereotypes about bisexual folks. Her character is defined by her overt sexuality, trouble with monogamy and emotional manipulation — all traits assigned to bisexual people by people who don’t understand bisexuality. There is even a catchy song about it all called “Tango: Maureen.” In this number, Maureen’s ex-boyfriend Mark and current girlfriend Joanne talk about their tumultuous times with Maureen in the refrain:

“Feel like going insane / Got a fire in your brain / And you’re thinking of drinking gasoline / Honey, I know this act / It’s called the Tango: Maureen.”

The gaslighting and manipulation Mark and Joanne describe in the number are not distinguished from Maureen’s bisexuality. These abusive tendencies are conflated with bisexuality rather than distinguishing between the two. Rent isn’t Rent without Maureen, but her character’s presence in the show can lead to more biphobia and misconceptions that could be avoided.

In contrast to the questionable portrayal of bisexuality, Angel’s character provides a bittersweet vignette about the AIDS crisis’ effect on transgender people of color. Her character is defined by her compassion and joyfulness, which is shown through her short-lived but wonderful love with Collins, who is also HIV-positive. In the heartwarming number “I’ll Cover You,” Collins and Angel sing about their wholesome love:

“If you’re cold and you’re lonely / With a thousand sweet kisses / I’ll cover you.”

Seeing this beautiful love story featuring a trans woman of color is powerful because it’s not seen often enough. Sadly, since Angel is a secondary character, her character isn’t as fleshed out as others. Her story also ends in tragedy — her death is the dramatic climax of the second act. At her funeral, Collin’s reprises “I’ll Cover You” in a scene that solidifies Angel’s importance to the show and the far-reaching effects of her love and kindness. Angel is a glimmer of light even in Fox’s imperfect rendition of the show. She’s played by Valentina, a nonbinary drag queen who came into the spotlight on Rupaul’s Drag Race in 2017. Angel’s character is an example of the kind of representation you’d expect from Rent if it were an accurate portrayal of the Black and Brown LGBTQ+ folks most affected by the AIDS epidemic.

To add to the issues of Rent as an entity, Fox’s almost-live version faces another conundrum: advertising. A Truvada commercial played during Fox’s broadcast and is still paired with the program when streamed on their website. Truvada is a medication for PrEP, so it is a preventative drug taken by people at risk of getting HIV. It widely seen as a breakthrough in AIDS treatment with the potential to save lives through HIV prevention. Protection comes at a high cost, though — about $1,600 per month without insurance. While at first, seeing a preventative HIV drug advertised on network television can feel groundbreaking, Truvada’s ad feels out of place. That’s because Rent aligns itself with the radical politics of ACT UP whose activists are currently calling for Truvada’s patent to be broken so generic versions can be made to lower the cost of the life-saving medication.

Fox’s Rent: Live managed to falter on technical aspects and perpetuate the issues of the original — though it’s still fun to sing along when you don’t think too hard about the show’s implications. Rampant with biphobia and the straightwashing of queer stories, Rent feels outdated in 2019. It is no longer radical and perhaps something new should be made to fill the space Rent has occupied. A musical about AIDS that doesn’t center straight people and vilify bisexual people would be a good place to start. For now, though, the best thing we can get from Rent: Live is an example of what not to do with LGBTQ+ stories. The new production didn’t make changes to mend the issues of the original, so it is simply exposing a new generation to the problems of Rent without any additional commentary. Even with its issues, Rent lives on as pivotal musical about AIDS. The songs are memorable and certain lyrics remain more relevant than the show itself. At its core Rent is about love and acceptance even when its storyline strays from that theme in monumental ways. Maybe it’s best to carry the sentiments from some songs and leave the biphobia and straight-washing in the past.