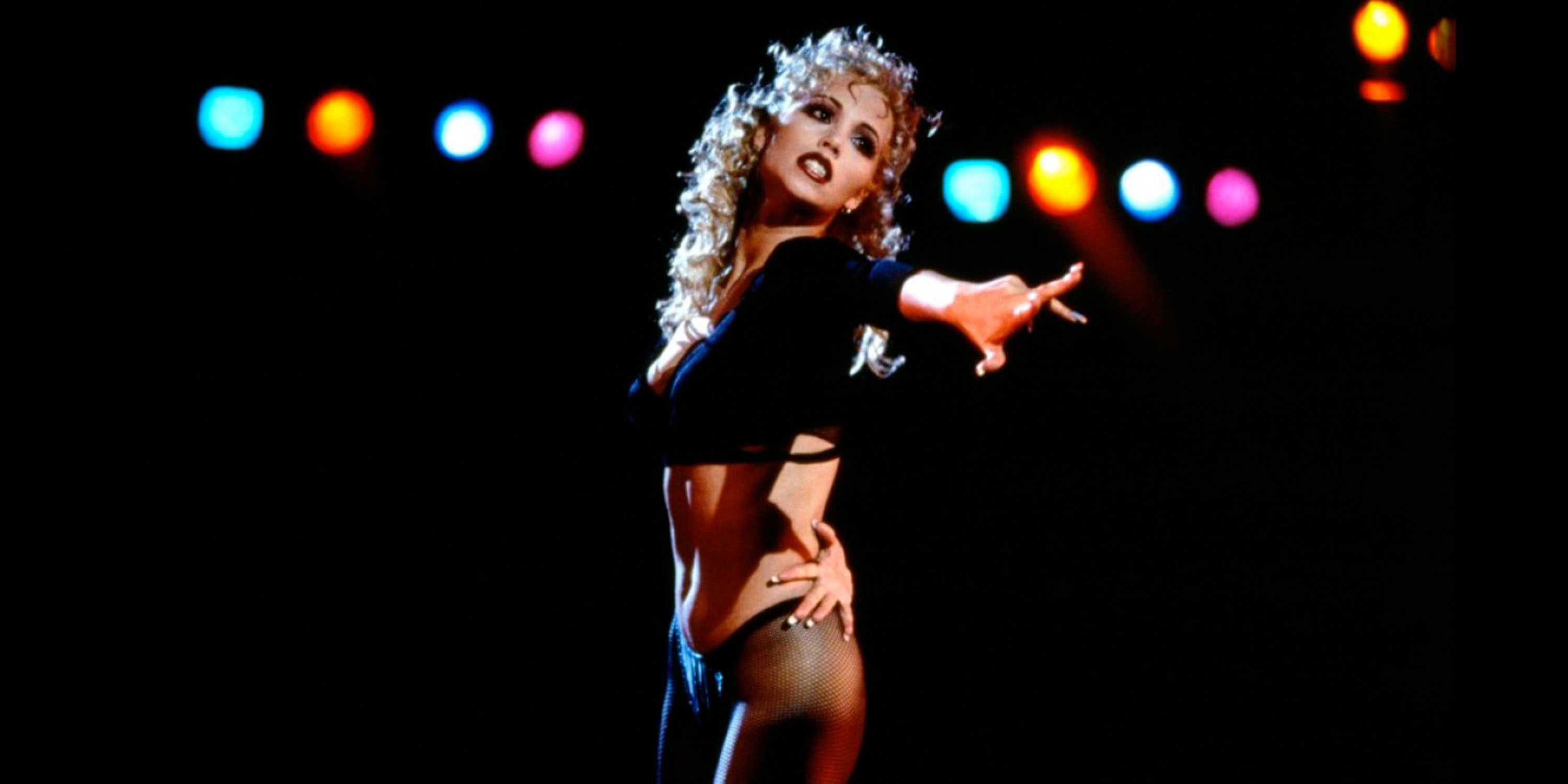 Since its first release in 1995, Paul Verhoeven’s film Showgirls was considered by critics and consumers as one of the worst films of the decade — if not all time. A film that depicted the inner workings of a Las Vegas casino revue, Showgirls not only bombed it’s $40 million dollar budget, but was also panned as misogynistic, overdramatic and without any real substance.

Nearly a quarter of a century later, however, the reception of Showgirls has changed dramatically. It has garnered a fanatic, cult-like following because of its camp sensibilities and some viewers have gone so far as to call it a misunderstood masterpiece.

You Don’t Nomi, a new documentary from Columbia College Chicago alum Jeffrey McHale, attempts to unravel how this shift happened and whether or not Showgirls is a masterpiece or a “masterpiece of s—t.”

Showgirls follows Nomi Malone (Elizabeth Berkeley), a wayward young woman who hitchhikes to Las Vegas to achieve her dreams of becoming a dancer. She gets a job at a topless strip club where she meets Cristal (Gina Gershon) and Zack (Kyle MacLachlan), the star and director of a premiere show at the Stardust Casino. From there, Nomi tries to make her way up the ranks and become the top showgirl through almost nonsensical dialogue, outrageous performances and plenty of costume changes (or a lack of costumes altogether).

Much of You Don’t Nomi is focused with the career of Verhoeven. Before Showgirls, the Dutch director was known for satirical interpretations of what he considered to be uniquely American vices — most notably corrupt policing and violence. Films like Turkish Delight, RoboCop and Basic Instinct established his legacy as a social commentator on these issues — a legacy that came under scrutiny with Showgirls. 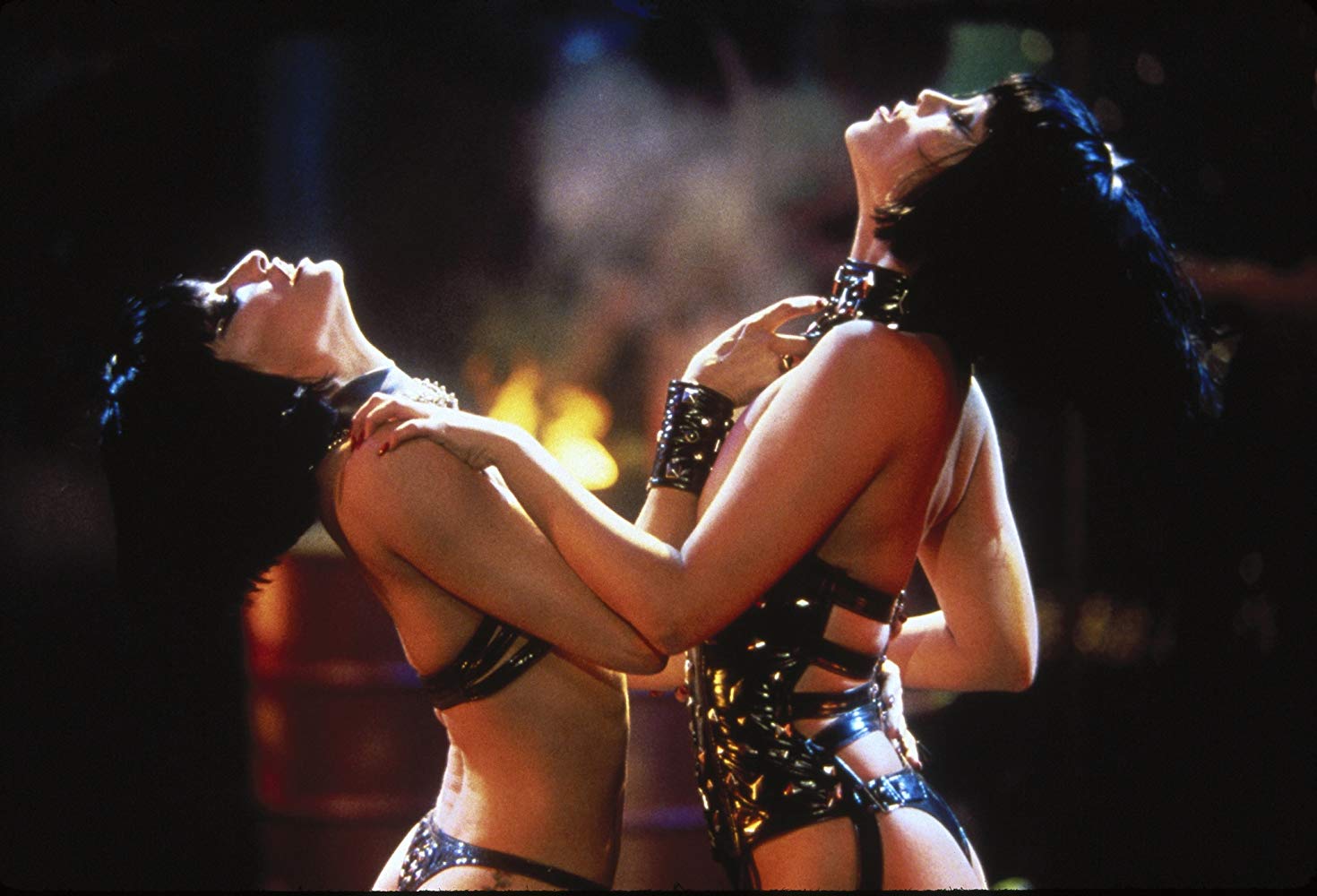 While the ridiculousness of Showgirls can be enjoyed today through mostly rose-colored glasses, the film was never intended to be a satire or a comedy. Due to the film’s unexpected resurgence, Verhoeven has attempted to rewrite history by claiming the intent was always to make an outrageous film — but interviews with cast members and crew confirm time and time again that at its heart, Showgirls was trying to be a serious drama.

In Notes on Camp, Susan Sontag defines “camp” as a failure of seriousness. Media texts that desperately try to convey drama but miss the mark are then read as humorous — effectively changing the lenses through which the film is viewed and putting the interpretation on the audience rather than the creators. Films like The Wickerman and Valley of the Dolls have similarly established cult followings because of these interpretations of failed seriousness.

Those films, along with Showgirls have garnered a new fanbase because of their theatrics. Berkeley’s performance as Nomi simultaneously made and destroyed her career. Berkeley won two Razzie’s — the award show celebrating the worst of cinema — for worst actress and worst new star. Showgirls won a total of seven Razzie’s including worst picture — and Verhoeven became the first Razzie winner to actually accept his award.

Berkeley’s performance as Nomi is highly absurd. Almost all of her actions and reactions are outlandish — often settling conflict by screaming, pouting or throwing food across tables rather than behaving like an adult human being. The explanation for this performance came in some form from Verhoeven who claimed to intentionally bring that energy out of Berkeley. But You Don’t Nomi also showcases the parallels between Berkeley’s performance as Nomi and as Jessie Spano — the caffeine pill-obsessed feminist icon from Saved by the Bell — roles that were both the subject of mass scrutiny and parody.

There is an inescapable charm to Nomi Malone both despite and because of Berkeley’s theatrics. Adam Nayman, author of It Doesn’t Suck: Showgirls and the main commentator in the film, describes Showgirls as a “hero’s journey with an unlikely protagonist.” And somewhere, deep inside, everyone wants to see Nomi win because she’s just so fun to watch.

Outrageous character performances are fundamental to camp and are often latched onto by fans, especially those in queer subcultures — think Neely O’Hara in Valley of the Dolls or Faye Dunaway in Mommie Dearest. You Don’t Nomi briefly explores the queer adoration of Showgirls both subtextually by comparing Nomi’s journey to a classic coming out story as well as in the real world with a regular drag screening run by Peaches Christ in San Francisco.

You Don’t Nomi brings to light a different perspective of Berkeley’s performance through April Kidwell — an actress who played parody roles of both Nomi Malone and Jessie Spano in various off-off Broadway shows. For Kidwell, channeling the kooky exuberance of Nomi Malone was a method of healing from her sexual trauma. While this story encapsulates the complicated legacy of Showgirls, it feels like a pivot that takes up a lot of screen time when compared to other viewpoints.

There are aspects of You Don’t Nomi that make it feel unlike any other documentary — for better or for worse. There are no talking heads — just voiceovers from various cultural critics — and the film relies heavily both on Nayman’s commentary as well as old interviews and archival videos from the cast and crew. While the film is more about Showgirls’ legacy than the production, the arguments feel quite hollow without any direct comment from those who lived Showgirls.

But You Don’t Nomi does paint a convincing argument for the merits of Showgirls. The film’s gigantic budget is represented in gorgeous set design, lighting, choreography and costumes — and it’s clear that Verhoeven knows how to make a technically sound and visually appealing film. Conversely, there are counterpoints from critics — namely Haley Mlotek — who don’t see Showgirls as misunderstood but rather as cliche, formulaic and just in poor taste.

“I think we’re still talking about Showgirls because we’re not done with it,” said Mlotek at the start of the film.

If nothing else, You Don’t Nomi shines a light on one of the most polarizing and divisive films of the last few decades. It’s both the product of its creators and its consumers — and it’s both a piece of s—t and a masterpiece. You Don’t Nomi argues that not only can these opposites coexist — but they must coexist to understand the sequin-clad marvel that is Showgirls.