Buggin Out Offers Chicago a “Short and Sweet” Form...

Buggin Out Offers Chicago a “Short and Sweet” Form of Hardcore 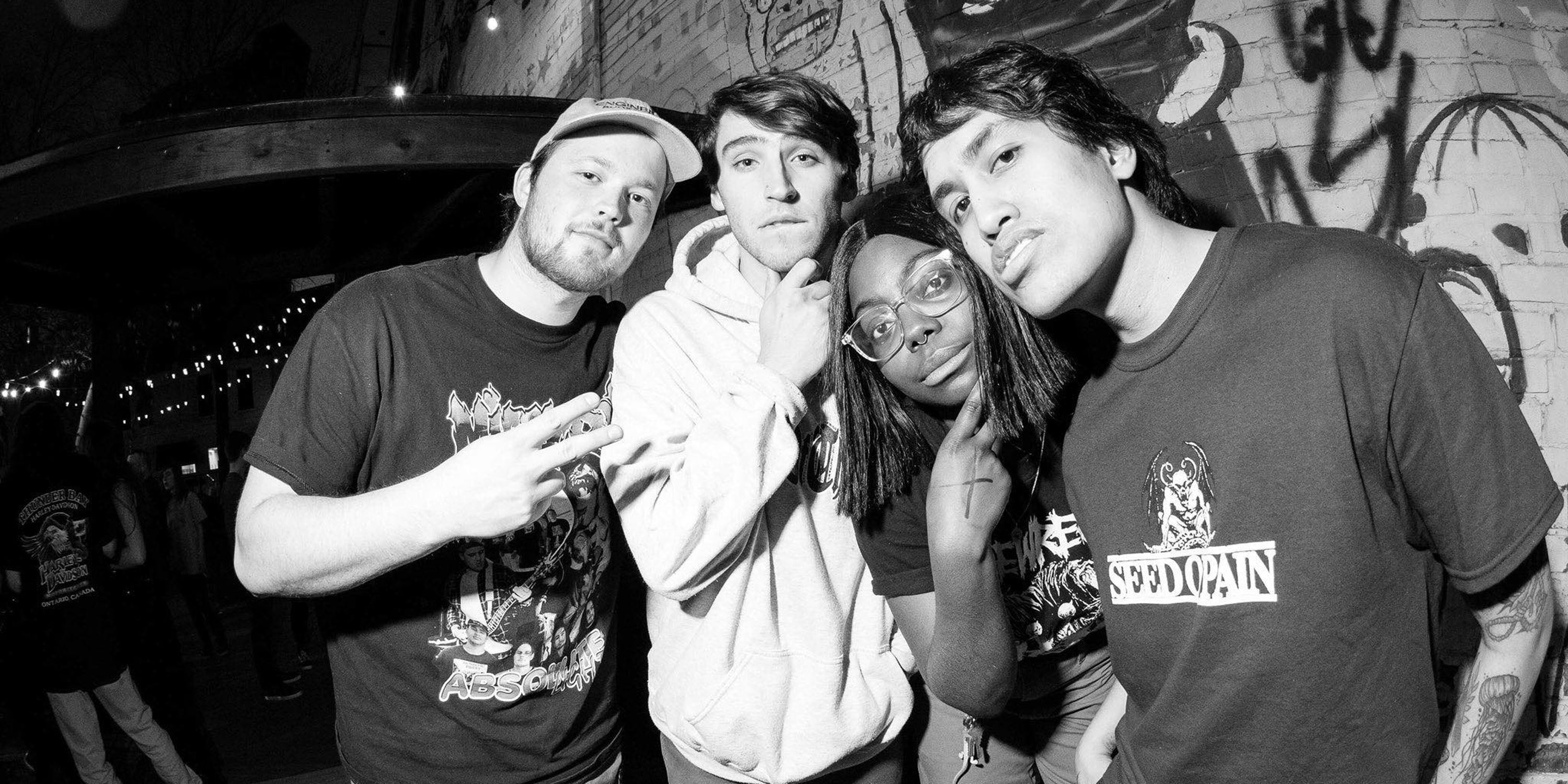 The four members of hardcore band Buggin Out squeezed together on two red vinyl booths in the corner of the cramped kitchen at Bricktown, a DIY skate park and event space in Avondale, when I met up with them on April 13 — the night of their tape release release show. The band hosted this show in celebration of their first demo, and also sold their first batch of translucent purple cassette tapes and Buggin Out t-shirts.

Supporting the band on the lineup that night was Sniper Culture, a punk band from the northwestern Chicago suburbs, Soulcraft, a hardcore band from St. Louis, Missouri and, once Buggin Out played their “short and sweet” set, local hardcore big shots Vortex played a quick headlining set.

Buggin Out was formed by guitarist Peyton Roberts, vocalist Bryanna Bennett and drummer Michael Rasmussen, who all happen to be DePaul students. Rasmussen knew Bennett through attending hardcore shows in Chicago and, after meeting Roberts at school, the three began to discuss playing music together — music they felt would fill a void in Chicago’s hardcore scene.

“We wanted to form a band that’s not a beatdown band, because so much of Chicago is beatdown bands,” said Roberts. “One day I wrote a demo, sent it to them and they said ‘let’s do it!’”

For readers who may not be familiar, the broad genre of hardcore music stems from the heavy punk rock movement of the late 1980s by drawing from its aggressive, fast style. Beatdown hardcore that Roberts refers to is a subgenre of hardcore music that incorporates more elements of heavy metal than traditional punk rock. As a result, beatdown shows can intimidate casual hardcore fans who aren’t regular listeners to music with low-tuned guitars and blast beats. 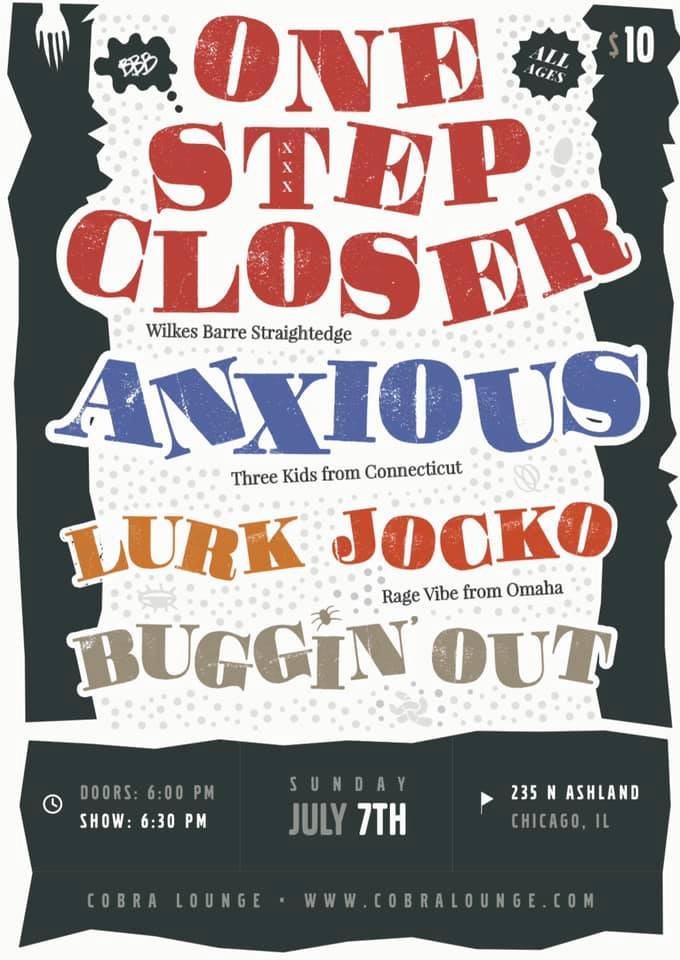 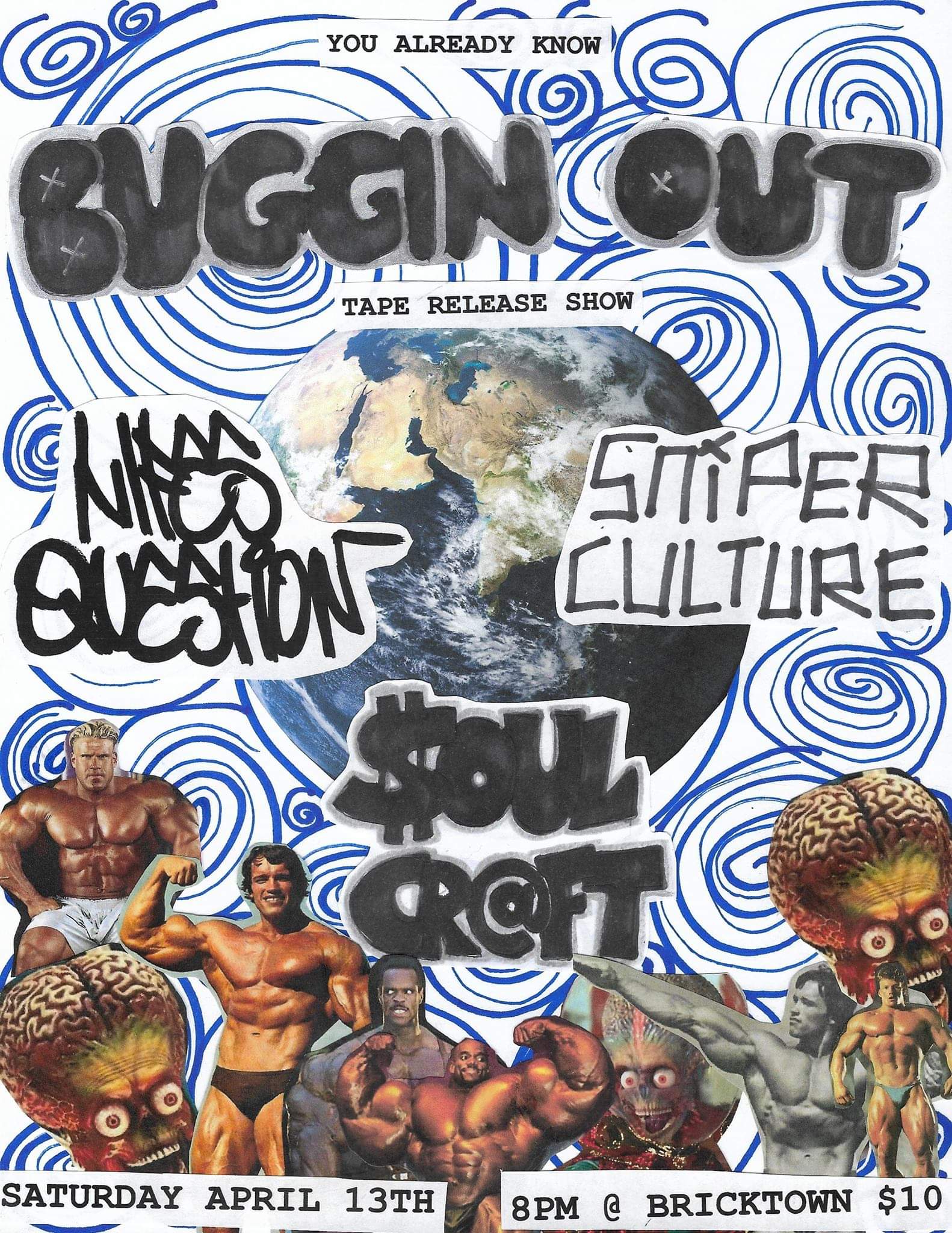 “What we try to do is do hardcore in a way that’s not as intimidating as some other bands in the Chicago area,” said Rasmussen.

The three students recruited bassist Brandon Santos, who they knew through attending hardcore shows in both Chicago and Milwaukee, and began to work toward recording their first demo.

Even though Buggin Out has only released one four-song demo, the band has already acquired a strong local following and has traveled out-of-state to perform. The band played at X-Ray Arcade in Milwaukee and at Nomad World Pub in Minneapolis earlier this spring, and has shows booked in Louisville this month before heading to St. Louis with fellow Chicago hardcore bands Burdened and Snuffed on June 21. In addition to these shows, the band is also planning to reunite with Soul Craft for an August tour of the East Coast and Midwest.

The band credits Bennett, who handles the bulk of the responsibility of booking, for helping them begin playing shows so soon after their formation.

“When we were making our demo, I didn’t want to wait for people to start booking us so I started booking our own shows,” said Bennett. “We just wanted [tonight’s show] to be all of our friends. We like to do mixed bills because I think it’s boring when every band sounds the f—king same through the whole show.”

As the band exited the kitchen and prepared for the show, the party in the rest of the venue was already in full swing. Attendees who brought their skateboards gathered around the small skate bowl in the corner of the venue, while others congregated around the bar and couches that dot the perimeter of the room.

In the middle of it all stood a covered pool table where merchandise from the performing bands were laid out alongside publications and cassettes from local zines and music distributors.

After performances by Sniper Culture and Soul Craft, Buggin Out took the small stage wedged in the corner between the skate bowl and the venue’s brick wall. It didn’t take long before fans were moshing and launching themselves across the room and off the stage. Bennett held the mic out to their audience as fans screamed along:

“DON’T BOTHER ME, LEAVE ME ALONE

DON’T BOTHER ME, I’M NOT YOUR FRIEND.”

The excited energy in the room never faltered when Buggin Out left the stage for Vortex to perform. After the final set, the crowd began to dissipate while some stragglers stayed behind to skate and socialize.

It’s successful shows like these that keep Bennett and the rest of the band sane while they juggle the responsibilities of school, work and finding careers after their impending graduation.

“This is really fun for me, it’s a good artistic outlet for more than just music,” said Bennett. “We did film a music video, it’ll be out soon. Designing our own flyers, designing merch, being able to have that creative outlet is pretty much what keeps me going.”

“We’re just having fun and doing what we want. We’re all at that point [as students] where we have to find a job and do real life soon. But this? We get to do whatever we want,” said Roberts.

If you want to catch Buggin Out in action, their next show in Chicago is at Cobra Lounge on July 7. The band will be opening the show for Jocko, Lurk, Anxious and One Step Closer.

Correction: An earlier version of this piece referred to Bryanna Bennett as Bryanna Brown and Brandon Santos as Brandon Santo. Both names have since been corrected.