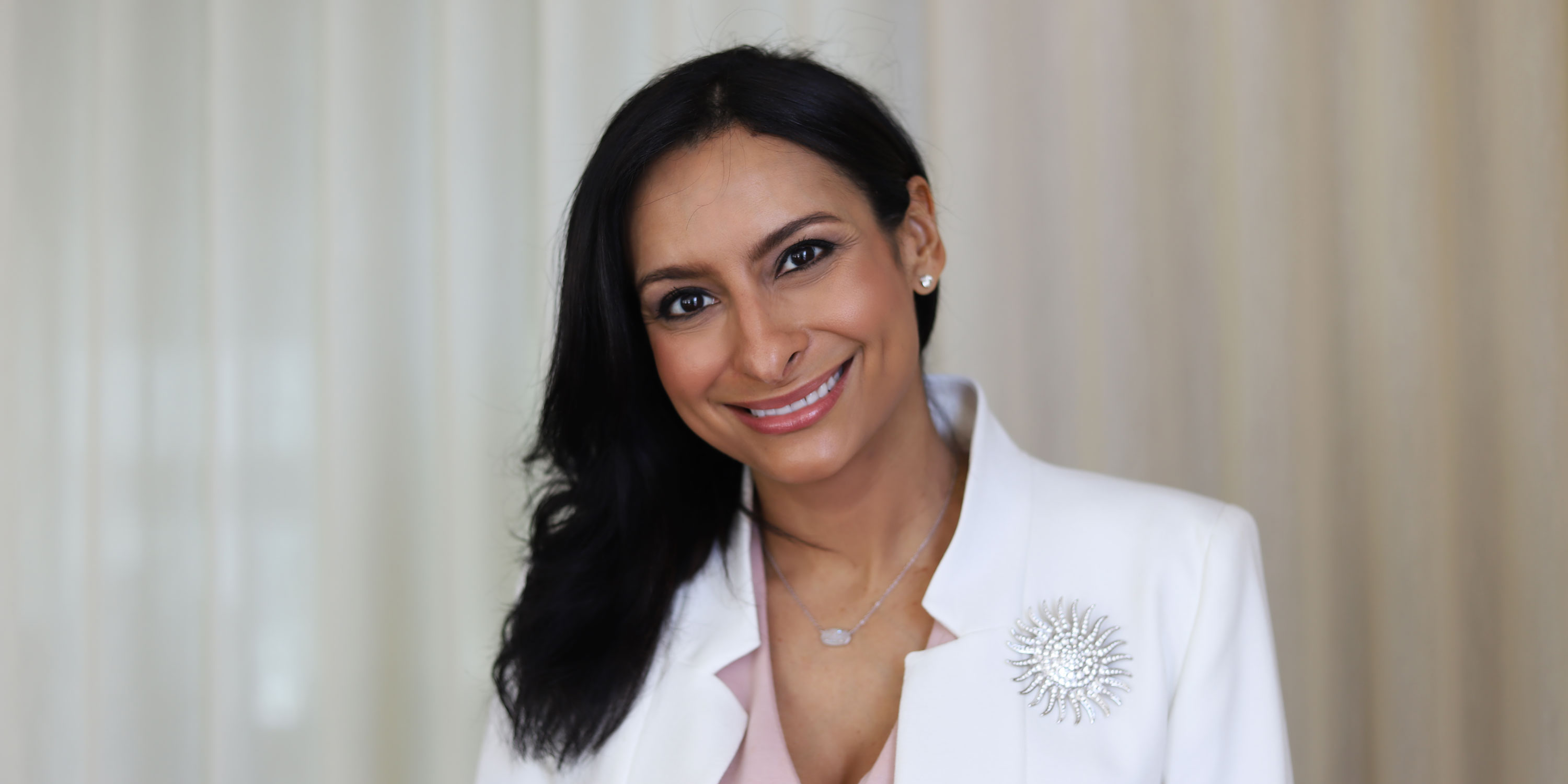 After a long morning of interviews, Lourdes Duarte took to the stage at the award ceremony luncheon and begun telling a story.

The story was about a man who risked everything to get to the U.S., a man whose life was on the line more than once, but who after surviving hostility in his home country of Cuba and being lost a sea in an attempt to flee, found a new place he could call home. “It worked out pretty nicely for me because that man became a father, to this lady right here,” she revealed by pointing to herself in front of the banquet hall filled with journalists, faculty and students. A few tears escaped her eyes and members of the audience begun to tear up as well. Before us stood a journalist who was not only successful, but passionate about her family, community and work. 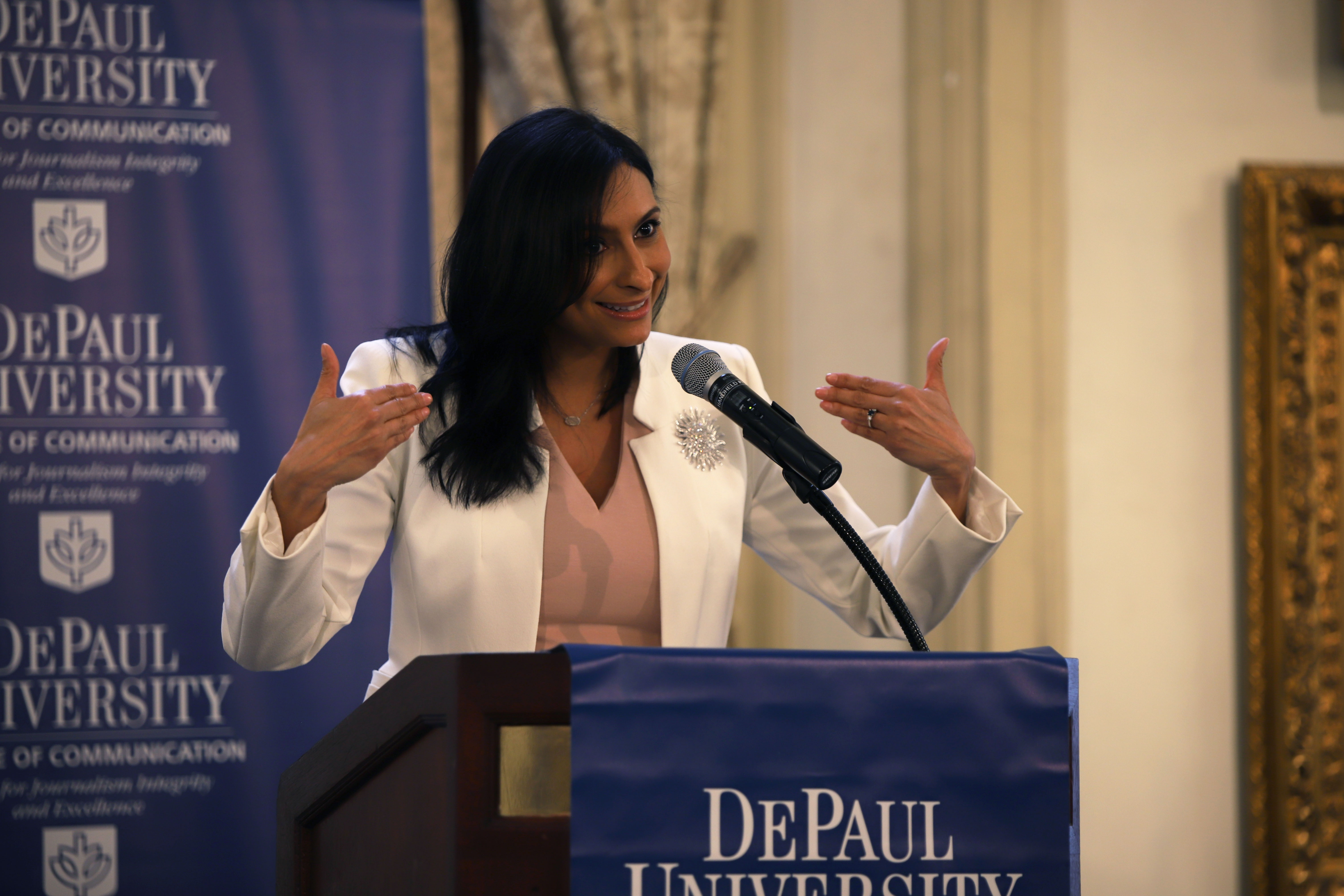 Thursday, April 25 was DePaul’s Center of Journalism Integrity and Excellence Distinguished Journalist Awards ceremony. There to claim her Distinguished Alumni Award was a multi-Emmy winning, bilingual anchorwoman for WGN Chicago, Lourdes Duarte. Duarte received her degree in Liberal Arts Studies at DePaul and now she was back, an accomplished and esteemed journalist with a variety of experience under her belt.

During the preceding interviews, 14 East had a chance to speak with Duarte and talked journalism, Chicago and advice on navigating a competitive market.

“Oh I love DePaul,” said Duarte, and it was clear she really did. “[Here] you’re in such a wonderful city and school to practice journalism because you have access to a number of different television stations so you have the ability to network and you should take advantage of that as much as you can before you leave and start your career.” Duarte herself worked as a freelancer for Telemundo in Chicago to kick off her career.

She said she loves her job, but over the past few years a lot has changed.

With the villainization of journalists being a popular trend in recent media, many students and parents are nervous about the idea of going into the profession, not to mention it can be very competitive and at times very demanding. Some aspiring writers don’t receive a lot of support on their choice to pursue the trade. But the love and support Duarte has for her family that was so evident in her speech is the same love and support they showed her as a young journalist.

“I was very lucky, people – family and friends — have always been very supportive of anything. Maybe I tried to deter myself just because I didn’t think it was possible or I didn’t know if I had what it took to do this job, but I think people have been very supportive.” 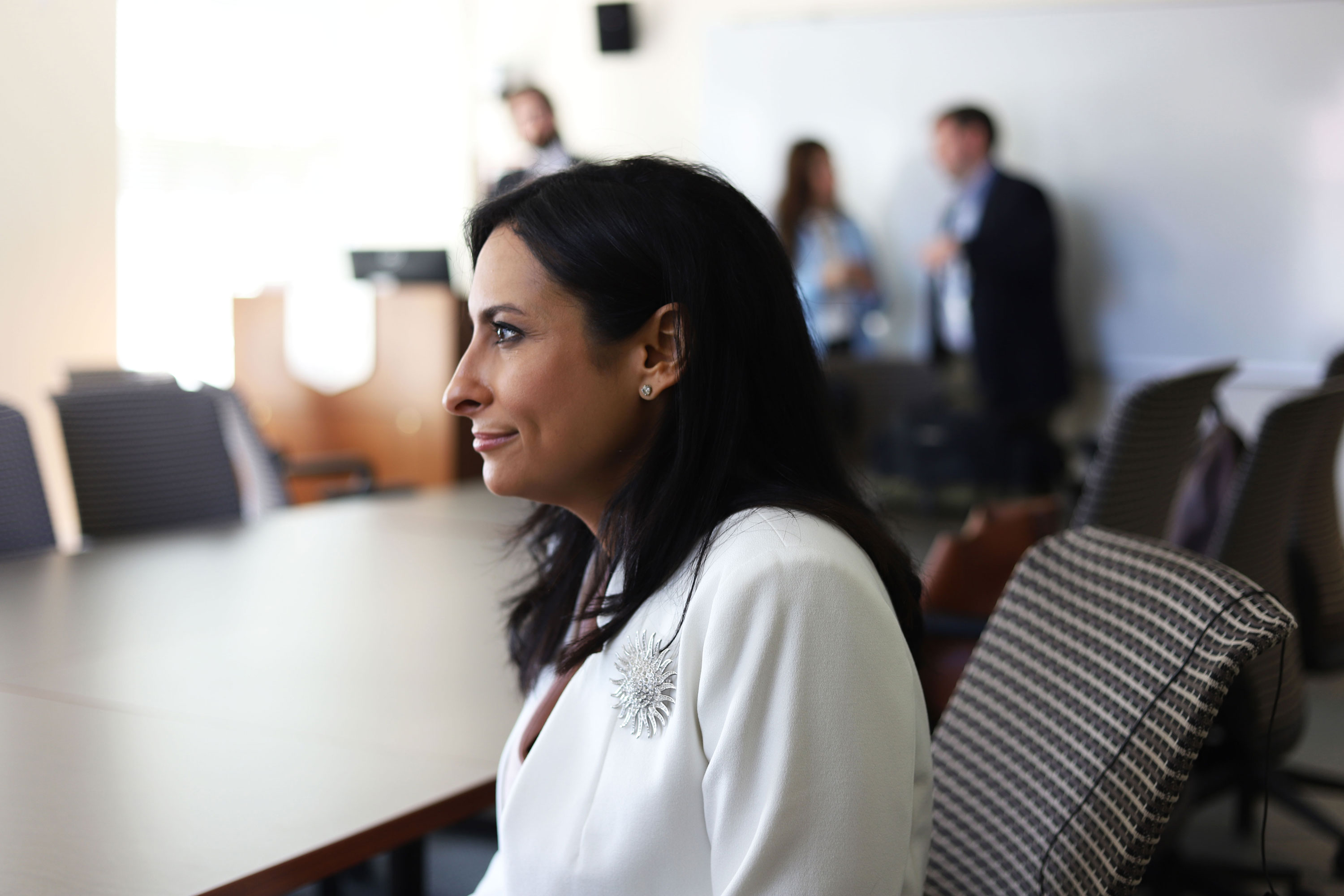 “When I came to school here, the College of Communication didn’t exist yet, so I [studied] Liberal Arts and I had Bruce Evenson, who is still a professor here, and he was wonderful,” said Duarte.

“I took maybe one broadcast class but I had never really been on air and had never really done much in front of an audience so I think that was difficult and it took me a little bit to get used to it,” she said.

Despite any doubt, Duarte took to the task, going above and beyond. While reporting for WXIN-TV in Indianapolis, she created, produced and hosted a Spanish public affairs program “Hoy en Dia” for the station, with no budget. “I saw a need,” said Duarte. “There was a large Latino community in Indianapolis at the time and it was growing by leaps and bounds.” There were no Spanish productions in the city she explained,  “or even a way to access information or know what was happening in their community,” she said.

Duarte has more ideas on how we can achieve fuller coverage here in Chicago — particularly business stories for broadcast news. Lately, she has been pitching more business stories to try and narrow that gap.

“We should be doing more of those business stories. We have Crains which is a great publication but on the television aspect of it we don’t have very much so I think that’s an industry we could focus more on,” said Duarte.

TV and online news are very different, but there is still an expectation that the news be presented in a ways that’s interesting, clear and creative. Sometimes facts, figures and documents can be boring for a viewer or reader to look at, making visualizations key.

This is something she often says to WGN’s graphics depart as they sometimes spend hours trying to figure out how to come up with effective visuals for broadcast.

“[It’s] something that you guys are going to have to deal with quite a lot because you’ll get documents and information that’s sometimes not as visual as you’d like,” said Duarte.

Remember, however, that “although the data is important it shouldn’t be the entire story,” said Duarte. “You do have to tell the personal story, the individuals. One of the things I’ve started doing a lot more is on the web portion of the story is that I’ll link up some of the data that I’ve found just so that people can kind of walk through the process and do their own research.” This is something that not only is helpful to others but also provides transparency with an audience.

There is a lot to be learned from journalists like Duarte. Who after sharing the story of her father’s journey, and thanking the school for the award said, “I tell you [this] story to understand what this means to me and for many of the students who come to DePaul…to get their education here it’s very important to them and they all have, maybe not the same story, but similar stories.”