DePaul’s Spirit Squad Has the ..

OPINION: How Jason Hill’s Rhetoric is a Thre...

What Does Chicago 'wndr' About?

OPINION: How Jason Hill’s Rhetoric is a Threat to DePaul Values, and its Students 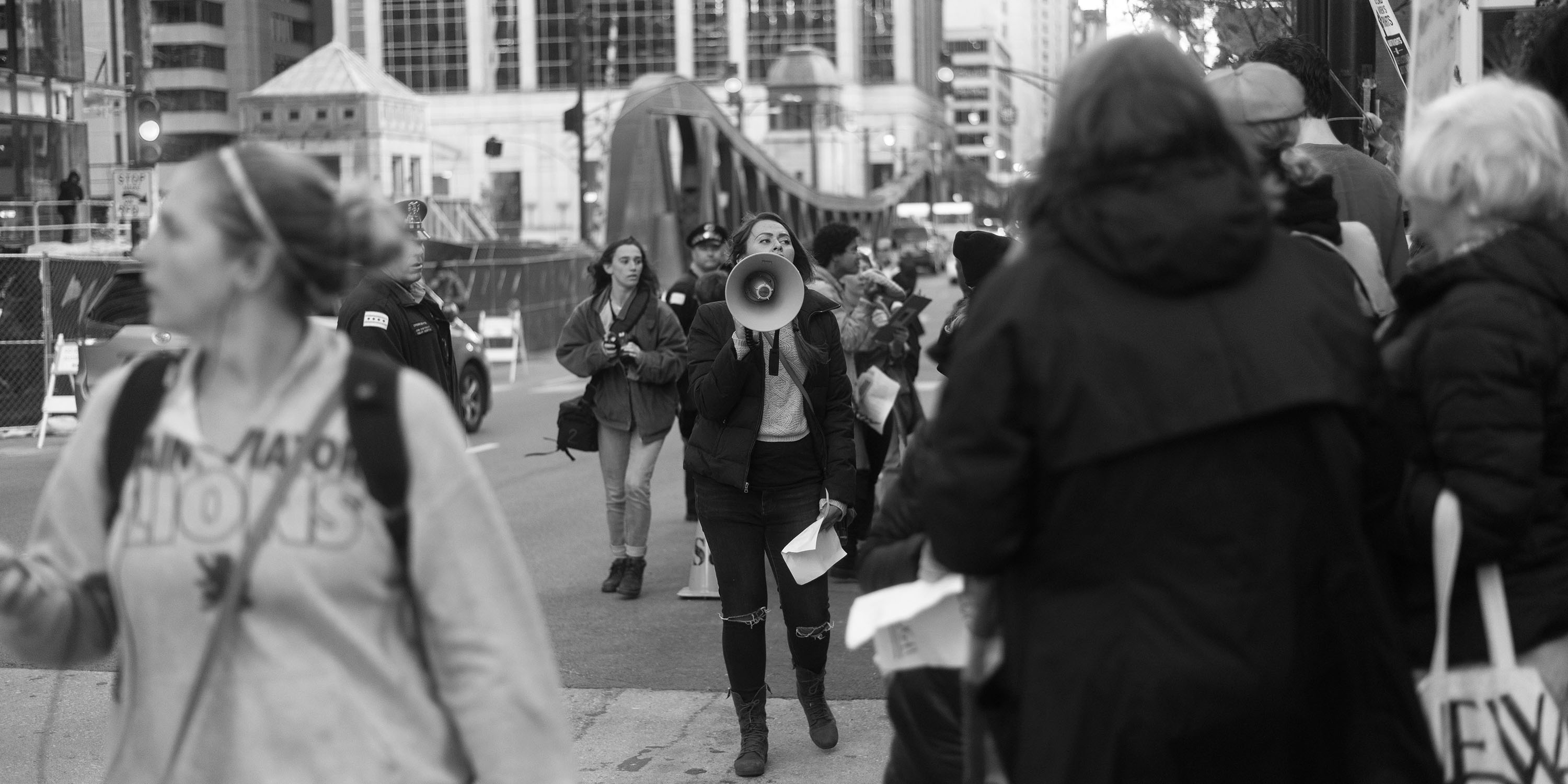 First it is important to note I am talking on behalf of a coalition of student organizations by the name of Chicago Area Peace Action (CAPA) at DePaul University, who have taken direct offense to Professor Jason Hill’s comments and have felt it is essential to speak out in opposition to his dangerous rhetoric.

Professor Hill’s article outlines an apparent moral argument for why Israel has the right to annex the West Bank, claiming that superiority of Israeli culture to prevail over “barbaric” and “uncivilized” Arab and Palestinian society. His moral argument is rooted in the inherent necessity of violence to annex the West Bank, “and beyond” from the Palestinians. Hill’s piece is indicative of a growing national and global movement that inspires individuals to violently act and gives a voice to those seeking validity and justification for acts of violence against Muslims, and in this case against Palestinians specifically. Thus, we have agreed to take on Professor Hill because his views represent a growing and increasingly emboldened far-right movement that questions the validity of Palestinians’ right to exist in their homeland. Hill’s work on the Israel/Palestine conflict is not productive whatsoever, and serves as an attempt to justify Israeli violence, cruelty and “radical policies of containment or expulsion [of Palestinians] remains a viable option.” This hardline opinion justifies the Netanyahu and the Likud party to take extreme action against the Palestinians on supposed moral considerations. Similarly, Hill categorizes and generalizes entire populations on ethnic and religious lines, claiming “not all cultures are equal” and attempting to morally frame that Palestinians “ought to be made to strip Palestinians of their right to vote — period.” Hill’s written works are not only divisive, but can and do incite acts of violence against Palestinians, Muslims and other marginalized communities. The horrific events that took place in New Zealand last month, where a far right extremist entered a mosque and began killing worshippers, were directly inspired by the same nationalist rhetoric that Hill preaches, whether in regards to Muslims in New Zealand, Palestine, or the U.S. We as a collective of students, many Muslim and Palestinian, understand this to be a threat and incite violent action against them to further the annexation by the state of Israel.

For these reasons, our coalition of students has decided to pursue condemnation of Hill’s comments by DePaul, to no avail thus far. DePaul has decided to protect Hill’s right to free speech, while the Faculty Council voted in favor of condemning his article, the university administration chose this route instead of protecting their student population that feel attacked and threatened by Hill’s comments. Hill’s rhetoric contributes to an enlivened base of extremist opinions that incite violence and contribute to outspoken, public attacks of white supremacy. Hill’s article reduces the political and human rights of Palestinians as up for debate, positioning them as lesser than other populations. DePaul’s protection of Hill’s extreme opinions confirms that this violent rhetoric is justified in the public mainstream. DePaul’s administration should be actively condemning Hill’s pattern of hateful and violent rhetoric and seek to actively uphold the Vincentian values, of social justice and community that we, as students, are continually reminded of and their importance. The university should be actively attempting to protect and uphold these values, rather than passively allowing for their erosion in the public sphere.

We continue to call on DePaul to do the right this in this matter and condemn Hill’s comments as having no place here or anywhere. The university should seek to protect its students of all religions and ethnicities and actively uphold the core values of this establishment. We should not lose sight of exactly what Hill said and the implications it poses to the existence of Palestinians and Muslims.