Do Restaurants Test for Lead i.. 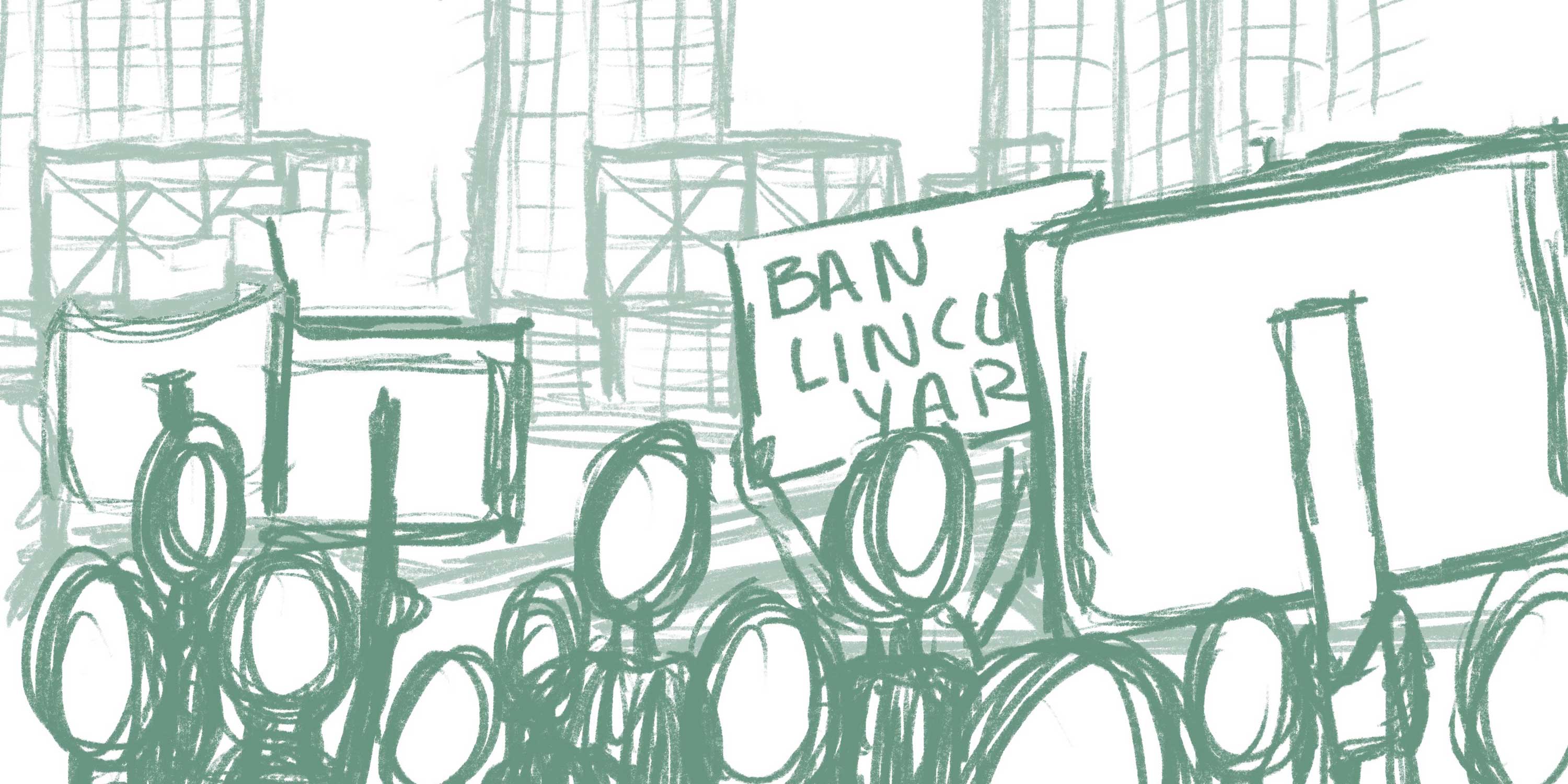 The land is covered in gravel and dirt with little else to give it life. There are warehouses along the northern branch of the Chicago River designated for unknown reasons, except for a cafe that Google Maps labels as “Interurban Boathouse.” There is a rumbling of cars crossing the Clybourn Place Bridge; occasionally a person will stroll by the vacant lot. Past the bridge one has a clear view of the distinct city skyline a little over two and a half miles away.

This will be the site for the hotly contested Lincoln Yards development, which will be nestled between Lincoln Park, Bucktown and Wicker Park in what was once known as the first Planned Manufacturing District of Chicago. Since 2013 when Finkl Steel, the last manufacturer in the area, bulldozed its buildings and left, the land has been prime real estate for eager investors. It was even reviewed as a site for the Chicago Amazon Headquarters.

For the city, Lincoln Yards is the promise of re-energizing dirty lots, a chance to bring attention to a forgotten area. For the members of the surrounding neighborhoods, the feeling is not as welcoming. This is because their rising taxes, mostly from properties, will be paying for it.

Through the use of Tax Increment Financing, or TIF, Sterling Bay will be reimbursed for the $1.3 billion that was fronted by the developers to break ground on the deal. Despite being created in 1984 as a means of funding the revitalization of struggling communities throughout Chicago, TIF money has mostly been used to fund large developments in wealthy neighborhoods such as the Loop, and now Lincoln Park.

“[TIF] was designed to foster economic development in areas that were considered ‘blighted,’” Winifred Curran, an associate professor of Geography and chair of the Geography Department at DePaul University, explained. In other words, “you use neighborhood funds to fund neighborhood development.”

She further explained that by holding back a portion of taxpayer revenue, the excess money would be recycled back into the community, giving a boost to current infrastructure and further enticing investors to the area.

This has not been the case. The biggest issue with Chicago’s use of TIF money, according to Curran, is that it is being used for large-scale developments in areas that would naturally occur without taxpayer dollars.

“We’re wasting public money to support developments that happened in areas of the city that were going to be profitable with or without TIF money,” Curran said.

The abuse of TIF money breaks down to this; for decades the city has been using TIF funds from over 170 districts to develop projects in already thriving neighborhoods. This cycle of taking from Chicago’s poor communities and giving to the rich ones has not met its match. Until now. 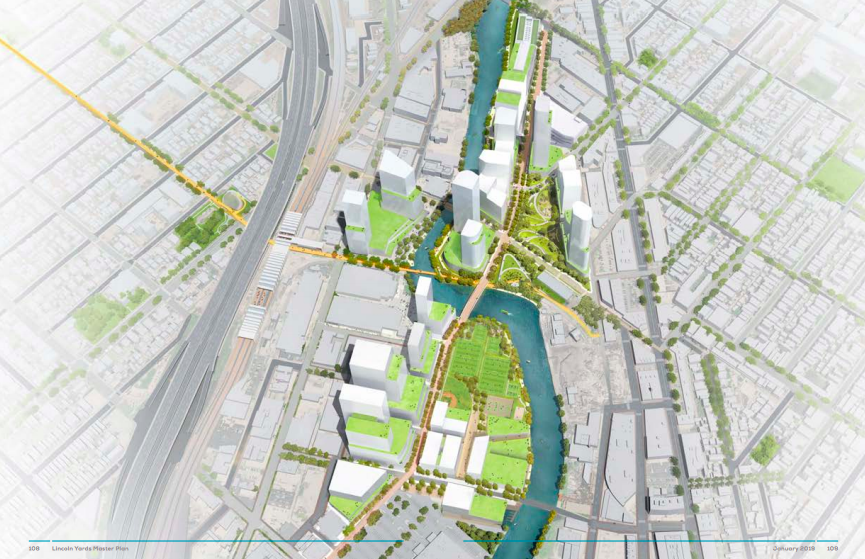 As of April 17, Grassroots Collaborative, in partnership with Raise Your Hand for Illinois Public Schools, filed a lawsuit against the City of Chicago for misuse of TIF money to pay for Lincoln Yards instead of contributing to struggling communities and public schools.

“[The city] has invested in heavily white areas at the detriment of black and latinx neighborhoods,” Nathan Ryan, media coordinator of Grassroots Collaborative, said. “So, we also believe that the city has, through its administration, violated the Illinois Civil Rights Act.”

According to Ryan and other critics of the Lincoln Yards development, the idea that the abandoned lots are in need for serious revitalization by the city is simply false.

“In actuality this is some of the most desirable development land in the Midwest… and it’s far from blighted,” Ryan said.

“The funding doesn’t make sense,” Roubitchek explained over the phone, dishes clanking in the background as he elaborated on his point. “Not that the land shouldn’t be developed… just it’s a half-baked plan.”

Roubitchek, along with the Bucktown Community Organization, has vehemently opposed the rushed development and vote for Lincoln Yards, mostly because of the use of TIF funds in, as he described, “the least blighted area in the city,” but also because of Sterling Bay’s lack of transparency with the community.

“When we asked a number of times for a specific plan for our community meetings, they said ‘Oh yes, by the way we are going to put in a soccer stadium’… and then the imaginative soccer stadium disappeared,” Roubitchek explained. “These were all kinda like head fakes, so that when they finally did release the plan at the last minute it was more reasonable.” 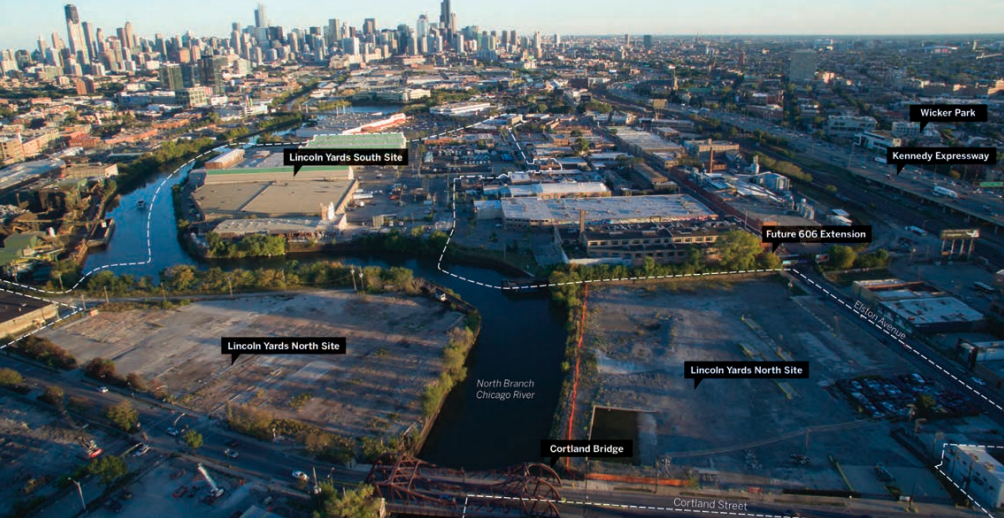 While Sterling Bay says on the Lincoln Yards website that it has been working with community members as early as July of 2018, Roubitchek confirmed that there was never a solid plan provided during that time. The community members in the Cortland Chicago River TIF District, reliant on funding the development, only learned of the finalized plan on February 16, three days before the vote to use TIF funds was made.

Roubitchek continued by detailing discussions with Sterling Bay, who would listen to community input only to make last-minute decisions just days before a vote deadline. “We just wanted to see a plan so we could respond to it. And then months and months and we don’t see a plan, we’re not entirely sure what we’re supposed to be responding to.”

When asked about the ways that Sterling Bay worked with community members to design the final version of Lincoln Yards, the developer declined to comment.

Months of planning for Lincoln Yards has appear to have led to a “he said, she said” debate. On one side, former Mayor Rahm Emanuel and Sterling Bay are boasting about the development giving back to an undernourished area, while collaborating with the community to create a public space everyone will enjoy.

One the other hand there are Roubitchek and Ryan, backed by their community members, stating that not only have they been kept in the dark on the project but that it will contribute to the discrimination against low-income neighborhoods in Chicago by depriving them of desperately needed TIF funds.

Still, the question remains: why give money from increased property taxes to a development in a wealthy area of the city when it can be used for improving public schools and parks, even investing in more affordable housing? This is, after all, what Roubitchek hoped would be built on the once bustling factory land. And it would only cost a fraction of the $413 million in TIF money that will be used for the current plan.

According to Curran, this is just part of the cycle that allows the mayor’s office to generate more TIF funds while attracting investors to well-off parts of the city.

“The city spends money to make neighborhoods more attractive. That encourages gentrification. That increases property values, which leads to more money in the TIF,” she explained.