Netflix’s New Ted Bundy Film Misses the Mark on a ... 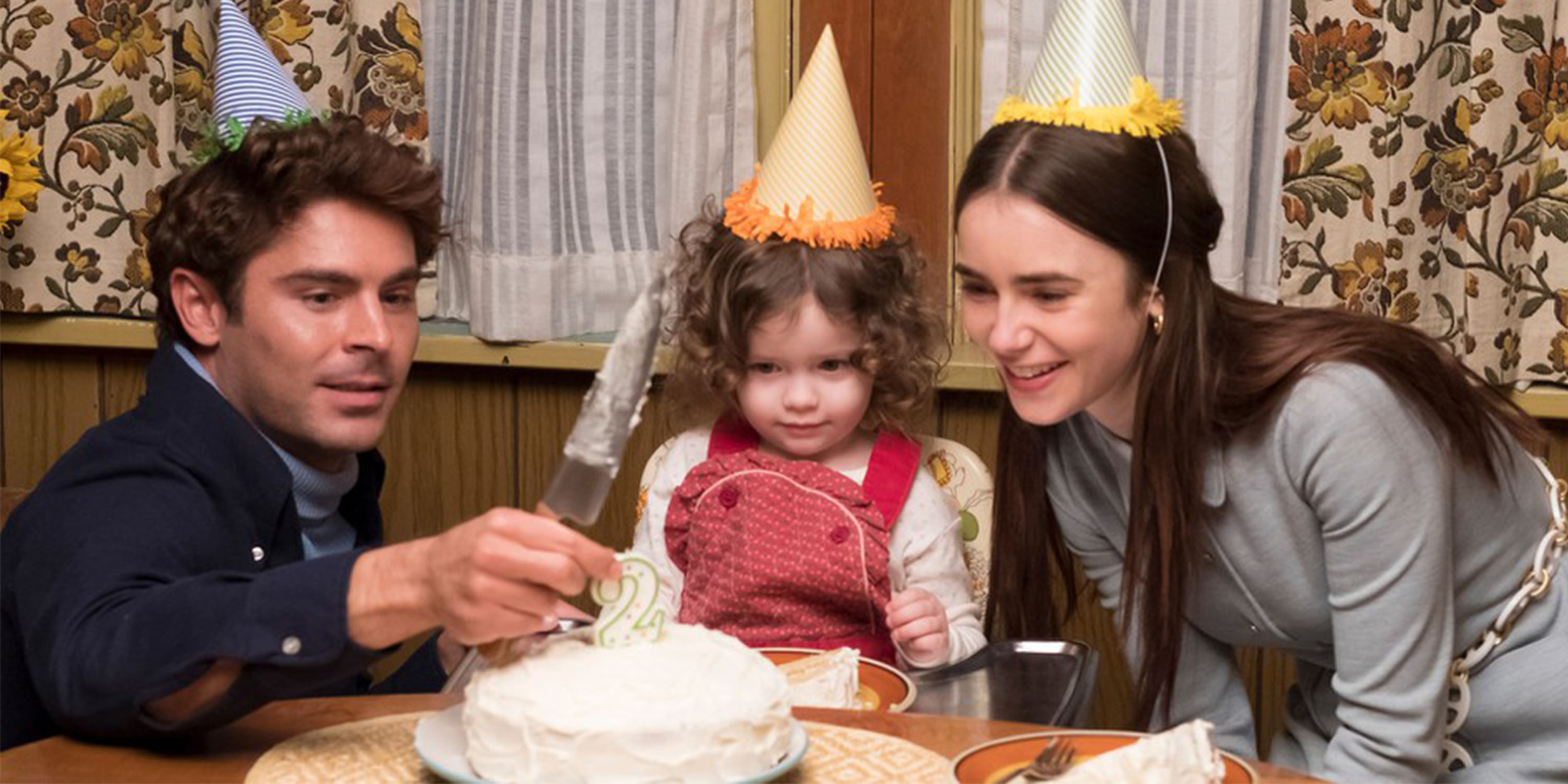 There is a strange appeal to Ted Bundy. He proved that monsters don’t always look like they do in horror movies. His malicious charm and heinous crimes made him an icon of the ‘70s. The notorious serial killer continues to haunt our imaginations despite being executed 30 years ago.

Netflix commemorated the anniversary of his execution with two new releases about Bundy: a four-part documentary series titled Conversations with a Killer: The Ted Bundy Tapes and a feature film titled Extremely Wicked, Shockingly Evil and Vile.

The film stars Zac Efron as Bundy and attempts to focus on a niche aspect of the killer’s life – his relationship with a woman named Elizabeth Kendall. Portrayed by Lily Collins, Kendall unknowingly dated Bundy during his active years as a serial killer. The script is based on Kendall’s memoir, The Phantom Prince: My Life with Ted Bundy, and takes place predominantly during his trials for murder.

The title of the film is in reference to the post-sentencing remarks made by Judge Edward Cowart at the end of Bundy’s first trial. Cowart’s words perfectly depict the complex public opinion of Bundy, describing his crimes as “extremely wicked, shocking evil, vile.” He imposed the death penalty. Cowart followed that with a display of sympathy for the man he just sent to death row.

“You’re a bright young man,” Cowart said. “You’d have made a good lawyer. I would’ve loved to have you practice in front of me, but you went another way, partner. I don’t feel any animosity toward you. I want you to know that. Take care of yourself.”

This conflicting view of Bundy continues in the film. It is neither effective at being a Ted Bundy biopic that captures his whole story or a niche look into one fascinating aspect of his life. The film exploits society’s strange fascination with humanizing serial killers. It exaggerates Bundy’s charm and physical attraction, while presenting a new generation the same tired narrative of Bundy’s “normalcy.” The popularity of the film suggests that the mythos of Ted Bundy will continue to grow in popular culture.

Where the film falls short

The first half of the film is more effective in presenting the story through Kendall’s perspective, but her presence fades away in the second half in favor of dramatized scenes from his trials.

A major flaw in the film is its lack of attention to Bundy’s crimes. The structure of the narrative is built around his relationship with Kendall and quickly jumps to his first arrest in 1977.

Scott Markwell, a writing, rhetoric, and discourse professor at DePaul, said that the lack of juxtaposition between Bundy’s charm and brutality was a missed opportunity for the film.

“The brutality and other aspects of his personality that made him snap is what would have made the observation in the film of the relationship that much more haunting,” Markwell said. “That’s when you create a sense of allowing the audience to start making real decisions about a person.”

Similar to real life, as soon as Kendall was no longer useful to Bundy, he moved on to his next victim, Carole Ann Boone. They famously get married during Bundy’s trial, though the film presents a fabricated version of that as well.

Kendall and Bundy’s stories go in different directions and Kendall’s significance depletes throughout the film. The interaction between Kendall and Bundy in the final scene falls flat as the film failed to provide any legitimate interest in Kendall’s character arc. The lack of effort to emotionally invest in Kendall’s character and her flaws is a major oversight in a movie where she is supposedly the main character. Her decision to quit drinking and its effect on her ability to see Bundy’s true colors is dismissively presented through a montage.

In his final moments, and another narcissistic attempt to preserve his life, Bundy agreed to confess. The scene is far more effective in the documentary than the dramatic recreation featured in the film.

The film presents a confrontation between Kendall and Bundy that leads to a confession. In the documentary, Bundy sounds weak and defeated as he whispers into a tape about severing a young woman’s head and carrying it up the road. The film’s version does depict Bundy’s ability to snap with uncontrollable anger, but it is the only time in the film that crucial aspect of Bundy’s personality is truly explored.

The allure of a serial killer

Why do serial killers continue to garner so much attention? Markwell points to a societal phenomenon, coined by author Joseph Conrad, called “the fascination of the abomination.”

“It is why people slow down on the highway when they see an ambulance. You want to see carnage, but it’s ultimately too terrifying to think that nothing’s being done about it,” Markwell said. “You want bodies, but you want it to end. The serial killer narrative is deeply satisfying.”

There is also a psychological interest in the killer themselves.

“Who are these guys? Why do they do this and why are people drawn to that? It starts asking broader questions about human nature and ultimately being stymied by not having the answers,” Markwell said.

Often combined with Jeffrey Dahmer and John Wayne Gacy as the big three American serial killers in popular culture, Bundy is looked at differently than his contemporaries. He doesn’t have the cannibalistic and necrophiliac reputation of Dahmer (even though Bundy admitted to necrophilia) or the easily assessable killer clown persona of Gacy.

The reputation associated with Bundy is somehow more disturbing. He’s considered an evil genius and devious chameleon who could outsmart police at every turn. His physical features and academic prestige are discussed as much as his violent crimes. He is remembered for his multiple escapes from prison and bolstered by claims of an unstoppable charm. The details of his thirty-six victims lost somewhere in the middle.

While the film does not completely sympathize with Bundy, it is uncomfortably favorable to him. It chooses to focus on the aspects of Bundy that the media sensationalized during his trial and in the following decades. Bundy was considered attractive, but it was his emotional manipulation that got him victims.

“He didn’t have to resort to drugs, like Dahmer and Gacy did,” Markwell said. “They met him at a law library, at the beach. And he would get them through these fundamental ways that showed that he knew how to hit that emotional vulnerability about being injured and weak.”

The film failed tremendously in exploring this concept. Having every woman turn and look at him, overwhelmed by his charm, exaggerates the mythos of Bundy to an uncomfortable degree. Choosing Efron to play Bundy, a former teen heartthrob with more muscle than Bundy ever had, solidifies this connection between Bundy and physical attraction.

“Efron as the (executive) producer, he’s looking at it as a business venture for himself. That’s where there is a misstep. There is still the commercial viability to Efron for his other projects,” Markwell said. “His audience is Zac Efron fans. He’s going to pull in other people than just Zac Efron fans, but those are not going to be people who are documentary fans who want to sit through six or eight hours of it. There aren’t as many of those people.”

Efron may not have captured the look of Bundy perfectly, but the message of Bundy appearing to be a normal man on the outside while containing a dark side within is delivered.

“I thought picking Zac Efron to play Bundy was a really interesting choice,” said Bella Mutert, a sophomore at DePaul. “Most people don’t want to believe that someone like him could do the heinous things that Ted Bundy did.”

Most people know who Ted Bundy was – the ultimate win for a psychopathic narcissist who had a constant desire for power. The film relies on that established background knowledge of Bundy to justify its dramatized recreations. It is an interesting decision by director Joe Berlinger to include many inside references that only well-informed viewers would recognize, such as Bundy practicing for his first escape by jumping off his bunk bed and Carole Ann Boone’s use of the nickname Bunny.

The same viewers who understand those references would also notice the many inaccuracies in the film. The amount of glaring fabrications and romanticized recreations makes it difficult to enjoy Efron’s quality performance. It was as much entertaining to see Efron recreate Bundy’s famous interview wearing the orange brown turtleneck as it was uncomfortable and confusing to watch Efron take shots with sorority girls at a Florida nightclub after his second escape. The interview actually happened, but the nightclub scene is another example of Berlinger using creative license to tell his version of Bundy’s story.

Is the film irresponsible in its portrayal of Bundy? Markwell said that he believes any film that fails to properly portray Bundy’s heinous crimes and overall psychopathy will feel incomplete.

“If you’re just focusing on the fact that he’s this pretty boy who was super smart, but he wound up doing some things that we don’t really want to talk about, I think you’ve missed the opportunity,” Markwell said.

Both the documentary and film were directed by Berlinger. The four-part documentary series is based around recordings between Bundy and journalist Stephen Michaud. The purpose of the recordings was an attempt to get insight into Bundy’s crimes from the killer himself. Bundy’s reluctance to even admit his guilt made that a failed venture.

The most interesting part of the tapes was when Michaud convinced Bundy to address the motives of the killer in the third person, allowing a small glimpse into his mind without having to admit his guilt.

Despite the lack of new insights from the documentary, the factual information presents a far more accurate depiction of Bundy than the film.

“Watching the documentary series about Ted Bundy, it was really informative and we learned all different kinds of things about him and how he did these acts,” said Jon Vedova, a junior at DePaul. “We watched the movie with Zac Efron and, honestly, we were kind of disappointed.”

The responsibility to know the full truth is ultimately up to the viewer.

“The tragedy is most people don’t take the necessary time to think, ‘This is a historical event. This is a real event. I just watched a movie about it. I wonder how much of it is true,’” Markwell said. “I think that’s where movies feed into this contemporary culture of low information, low tolerance for patience. That is what’s always going to be a challenge for a historical drama that’s done in a theatrical format.”

Watching real footage of Bundy shows his true psychopathy better than Efron ever could. But it’s hard to blame Efron for that. Bundy was the perfect example of a “wolf in sheep’s clothing.” A truly narcissistic psychopath whose crimes were extremely wicked, shockingly evil and vile. He should be remembered, but not romanticized.