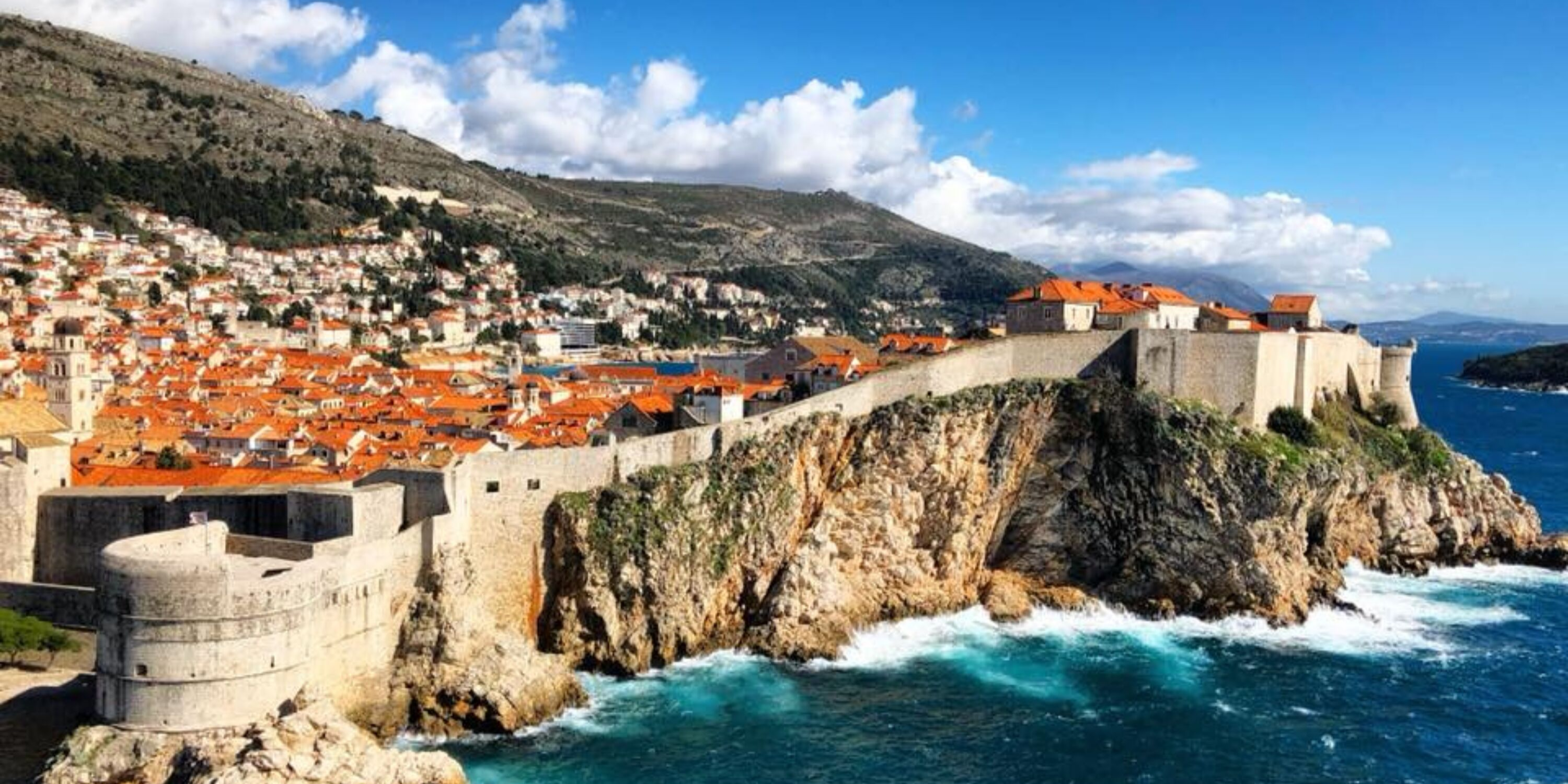 I remember my time studying in Dubrovnik, Croatia in vignettes – lying in the sun for hours with an absurd lack of responsibility; a coastline that, at the risk of sounding trite, sincerely looked too beautiful to be real; and a bewildering genre of club music that remixes Balkan folk songs.

But there’s one memory that has haunted me. In April 2018, I wore shorts to class in 70-degree weather and my professor, a kind and beautiful Croatian woman whose respect I highly coveted, gave me a look of disbelief so earnest I felt I had committed a cardinal sin.

Her look is ingrained in my thought processes. I think about it often. 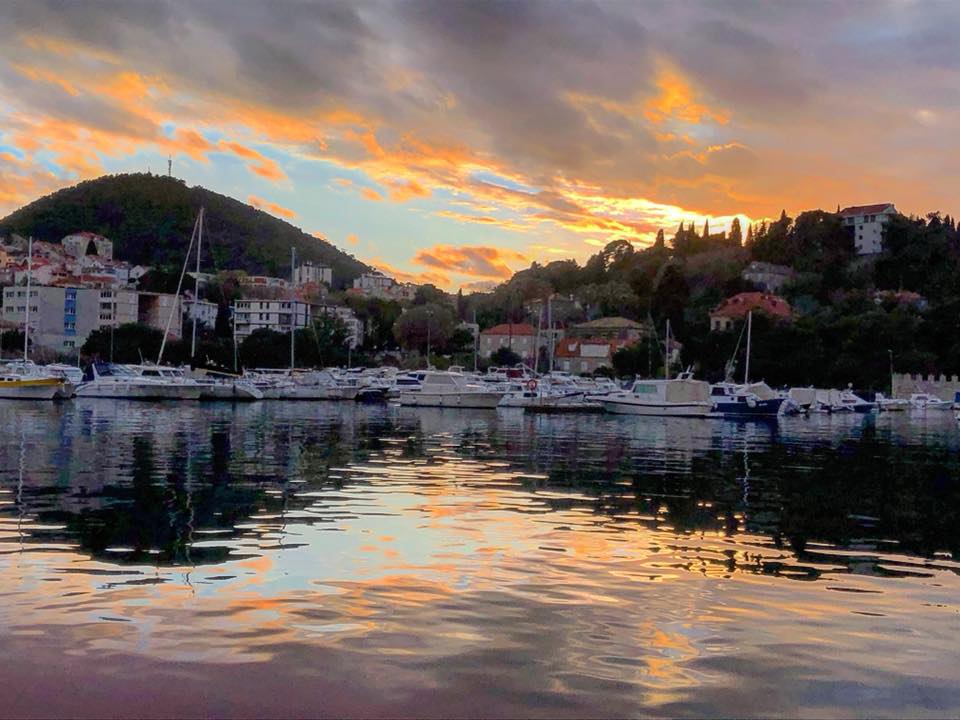 One year after the incident, I was talking to Gabriela Marović, a DePaul student from Split, Croatia’s second largest city. She recalled a time when she first came to DePaul and saw a student wearing pajamas to class. Her consequential shock echoed the look of that professor.

The look, as it turns out, was entirely justified. “In Croatia [dressing up for class] is a sign of respect for the institution and respect for the professor. I would never wear sweatpants or leggings,” she said, “The first time I saw UGG slippers I was so confused.”

Marović came to DePaul in 2015, spurred by wanting something new and the fact that she has family here. She chose a fitting city – Chicago was at one point known as the “Second Capital of Croatia,” according to the Encyclopedia of Chicago. Since the late 19th-century many Croatians have found a home in Chicago, building communities that help preserve Croatian traditions.

With the Croatian presence in Chicago, the popularity of Game of Thrones, which is chiefly filmed in Dubrovnik, and Croatia’s national team making the World Cup final in 2018, one would think that more Chicagoans would know more about the country, at the very least where it’s located.

“[You’d] think the World Cup would help, but no,” Marović said, laughing as she regaled times when someone asked her how Croatians washed clothes or if Croatia was in Asia.

Her grandmother has been here since 1962, having left when Croatia was still a part of Yugoslavia. “They were always thinking they were going to go back,” Marović said, “But they had kids and got used to it.”

In Cook County, 8,000 citizens identify as Croatian, according to 2017 survey. Though the community is now relatively dispersed, initial immigrants settled in Englewood, Bridgeport, Pilsen and Rogers Park.

Marović and her family go to a Croatian church every Sunday, characteristic considering Croatia is almost 90 percent Catholic, according to the 2011 census.

“The Chicago Croatian community is strong and centered around the three churches,” Vesna Marusic, a parishioner at both St. Jerome’s and Sacred Heart, said, “Each have their own Croatian schools where language, literature and music are taught. Lifelong friendships are formed there.”

Alongside these churches there are spaces like the Croatian American Radio Club and the Croatian Cultural Center Chicago that hold events like Good Friday fish dinners, live music and traditional dance lessons. 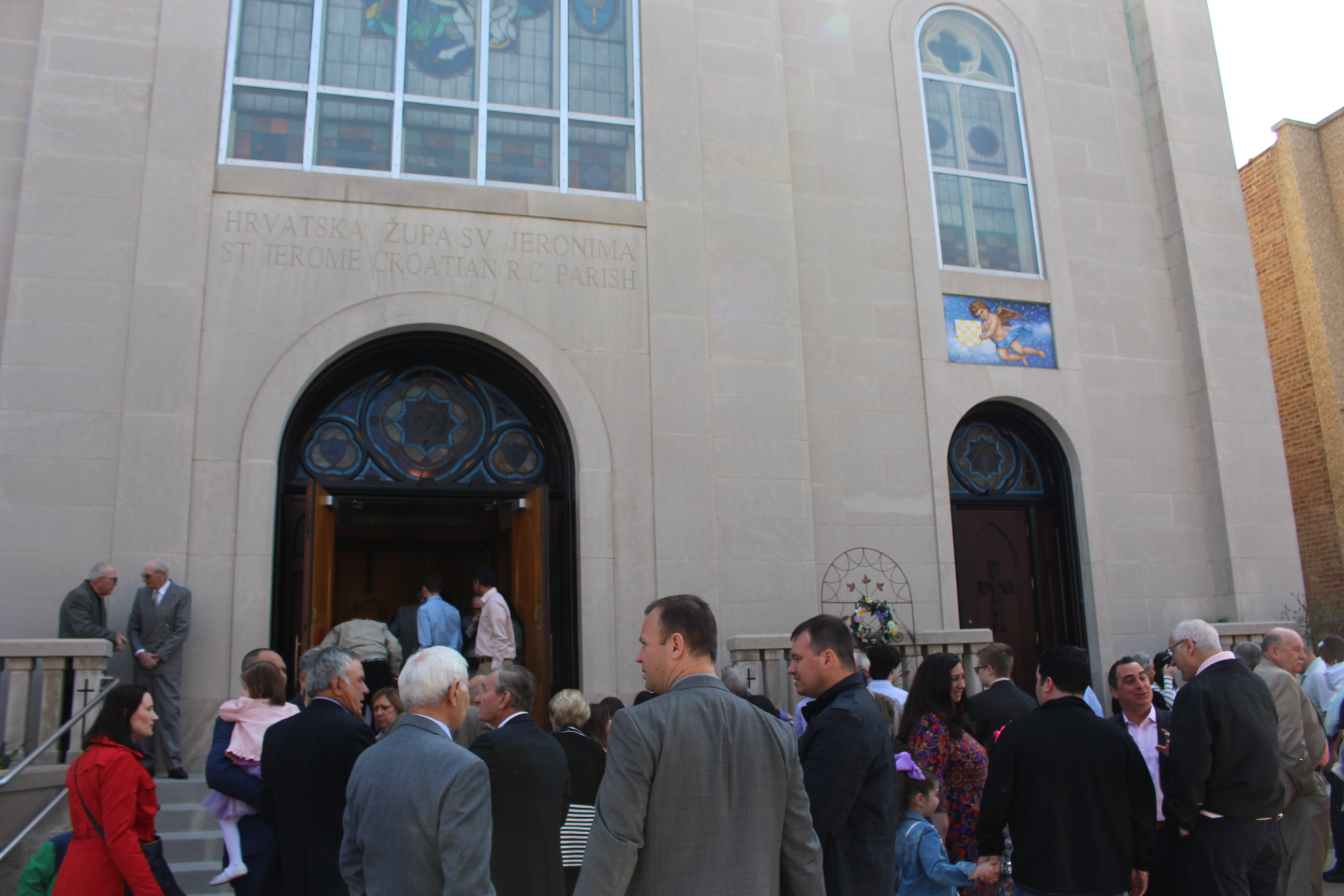 Marusic was born in Chicago; her parents moved from Croatia in the 1970s. She grew up going to school at Sacred Heart Church and remains very active in the community. She continues these traditions with her daughters, who attend school at St. Jerome’s.

“We are all proud to be Croatian-American,” she said, “And proud to pass Croatian traditions learned from our parents & ancestors to our children.”

For Marović, these communities were somewhat beneficial when she came to Chicago, but she misses Split. She moved back to Split after graduating this past June.

She paints an idyllic picture of her life in Split – strolling down sunny streets by the Adriatic, stumbling upon her friends in cafés where they sit for hours.

This is what she misses most. “I feel like no one really socializes here. In Split, no matter what you do you always have time for your friends,” she said, “You sit in a cafe and you see someone you know and then they sit with you, or even the waiter sits down with you and drinks coffee.”

She finds Croatia’s relationship to work a better fit than what she has experienced here. “I feel like people in America live to work while in Split they work to live,” she said, “In Croatia, work is just something you do to make money. We love the social aspect of life and think you should have your personal free time.”

Put away your to-do lists. Focus on life outside of responsibilities. Don’t wear pajamas to class.