A Tale of Two Ballparks: The J.. 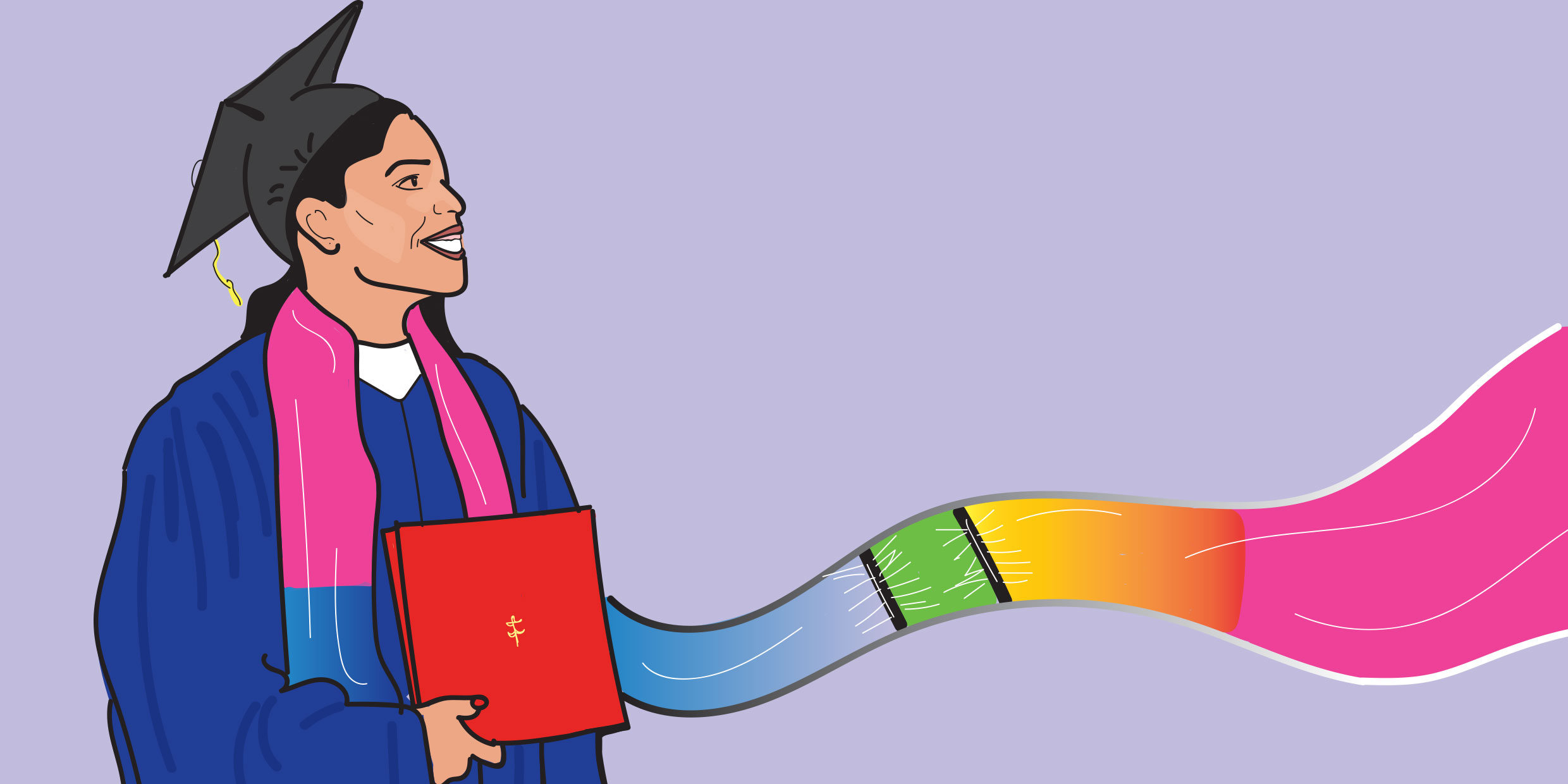 How Latinx students are making their mark on DePaul.

In May the McGrath Phillips Arena turned into a space for families to snack on hors d’oeuvres and celebrate their graduates with colorful decorations and live music, playing all genres of Latinx music from bachata to salsa to samba. At DePaul’s 23rd annual Latinx Graduation, parents beamed, proud that in their lifetime their kids could achieve their dreams of higher education in a place where they felt they belonged.

For the past 23 years, DePaul, like many other universities, has seen more Latinx students enroll, form student organizations and host events to feel welcome in institutions that many of their parents were not a part of. This includes events like DePaul’s annual Latinx Graduation and the Day of the Dead week celebrated at DePaul during the week of November 1.

According to DePaul’s Enrollment and Marketing page, in 2018 3,542 students, or 16 percent of students enrolled, identified as Hispanic/Latino. If DePaul’s enrollment of Latinx students was 25 percent, it would be considered a Hispanic Serving Institute (HSI) and receive federal grants and scholarships dedicated to making the university more accessible to Latinx students.

Currently, there are 11 private universities that are recognized as HSI’s in the state, including Saint Augustine College and nearby Roosevelt University. They are just a small part of the 523 total HSI’s in the country and Puerto Rico.

In an interview with Radio DePaul show Que Paso Jessica Camacho, social media coordinator of Tepeyac, said the organization is focused on making a “safe space” for Latinx people with their series of “cafecitos” or coffee breaks where students can unwind and talk in a place they feel respected and heard on Latinx topics.

“It’s about making connections,” Camacho said. “Some of our members who have been here for a while might feel lost when they get here [to DePaul]. We want to show that there are people like them.”

Camacho said one of Tepeyac’s goals is to make an “alliance” with all of the Latinx based groups, such as the DePaul Alliance for Latinx Empowerment, Epsilon Delta Sorority and Alpha Psi Lambda. “We want for DePaul to be recognized as a Latinx school,” she said.

Cervantez said she “definitely thinks,” that DePaul could become an HSI in the future in a phone interview with 14 East. She credits DePaul making strategic plans to bring in students from diverse backgrounds and her involvement in the Experience Task Force (ETF) — a group of DePaul students and staff dedicated to making a more “welcoming, engaging, diverse and inclusive campus environment.”

Cervantez described her role at ETF as “[thinking] of ways that make the experience better at DePaul — specifically for marginalized students on campus.”

Cervantez added that at ETF she gets “to see these conversations happening, and being a woman of color and getting to sit at the table and talk about what I’d like to see at DePaul.” She said that organizations like Tepeyac make DePaul a “more inclusive institute that knows how to serve Latinx students [and that] more Latinx students will want to come to DePaul.”

This year’s Latinx Graduation ceremony celebrated over 700 Latinx students — a record breaking number of graduates. The event brought together families to celebrate both their graduates and their support systems for achieving the goal of a higher education.

The number of graduates in attendance was much greater than the first ceremony held in 1996. Maria Ochoa, a volunteer for the first ceremony, said it took place in the basement of the DePaul Center. She estimated no more than 50 people walked to receive their degree at the event.

Ochoa was a DePaul freshman at the time and remembers Latinx groups being strict about how the celebration needed to be in order to honor the families, especially when it came to hall decorations and the event schedule.

“The Latino organizations wanted to get it right,” Ochoa said. “Students wanted to celebrate their parents — many of them hadn’t even stepped on campus before.”

Ochoa said she didn’t think that the ceremony would turn into an annual tradition, but students became inspired by the first one and wanted to do it again, and again, and again.

After the basement became too small, the ceremony moved over to Cortelyou Commons in Lincoln Park in 2003 where they could comfortably accommodate 200 guests. After graduating in 2002, Ochoa eventually returned to the university to be a part of the Latinx Research Center and direct the graduations.

Under Ochoa, the graduation continued to outgrow its venue and was eventually moved to the conference rooms in the Student Center. Ochoa stepped down as director in 2013, but is still the managing editor of the Latino Studies academic journal published by DePaul.

Outgrowing its venue again, the ceremony was held at McGrath Phillips Arena for the first time in 2019.

Maria Hinojosa was this year’s keynote speaker. She founded Futuro Media Group, the home for NPR’s Latino USA, PBS’s America by the Numbers with Maria Hinojosa, NBC’s Humanizing America and the In the Thick podcast that can be heard on Apple Podcasts. Hinojosa has been a professor at DePaul for seven years and is leaving the university to teach at Barnard College in New York City.

“It was nice to see [Hinojosa] give a farewell to us because some of us have taken classes with her. She is a really powerful and inspirational speaker,” said DePaul graduate Madeline Cruz.

Cruz said the Latinx graduation meant more to her than the regular graduation. “It’s a time where we can really bring our families to celebrate in an environment that brings us closer to home,” she said.

The significance of the ceremony for many of the Latinx graduates could be that the keynote speakers looked like them, spoke Spanglish like them and many of their peers were also the first in their family to pursue higher education.

“I am happy that we are all here as a family and a special day for graduation for Latino families to support each other,” said Cruz’s mother, Patricia Cruz.

The event was a success for the Latinx Research Center, the Office of Multicultural Student Success and for the graduates. It shows growth not just for DePaul, but for Latinx students in higher education. Data from the 2014 Census shows that the dropout rate for Latinx students has fallen from 33 percent in 1993 to 12 percent in 2014. Still there are obstacles Latinx students continue to face, such as the high cost of education and lack of guidance for first generation college students.

“[The Latinx Graduation] communicates the value of education, it helps us be aware of the fact that getting an education is a privilege,” said Bill Johnson González, a coordinator of the graduation.